It was 50-years ago today, on the Good Friday of 1964, that a 9.2 magnitude megathrust earthquake hit the coast of Alaska, lifting the ocean floor by 15-metres and sending a series of tsunamis to the west coast of North America as far as northern California.

Alaskan communities, including Anchorage, received the brunt of the damage given the impact of both the major seismic waves and the tsunamis induced. 119 people were killed in Alaska and it caused as much as $400-million in damage for the American state.

Four hours after 220-foot tall waves hit Alaska, Port Alberni and other communities on the west coast of Vancouver Island were also devastated by the ripple effect.

The waves funnelled and intensified as it traveled through the long but narrow Alberni Valley Inlet that spliced through Vancouver Island. At the head of that inlet, at the end of that long narrow path, was Port Alberni.

Even though Port Alberni was struck by waves as high as 21-feet in the middle of night, without official warning, that caused rapid flooding and damage, nobody was killed. Fortunately, the first wave was the smallest and allowed residents and local officials to coordinate an evacuation before the second, larger wave struck.

It swept away dozens of cars and 50 buildings into the ocean, and the water did not fully recede for days. $5-million in damage were recorded, according to a report on the disaster.

The collective memory of what happened to Port Alberni has made the city the most tsunami-prepared community in British Columbia. Emergency sirens flank its low-lying areas whenever an alert is issued by the National Tsunami Warning Centre of an impending wave.

Residents are still highly responsive to evacuation alerts to high ground, as evident by the recent Hawaiian and Haida Gwaii earthquakes which trigged tsunami warning notifications for the community.

It is also a reminder of the seismic danger zone that we live in. British Columbia experiences hundreds of earthquakes every year, but seismologists say we are long overdue for our “Big One.” 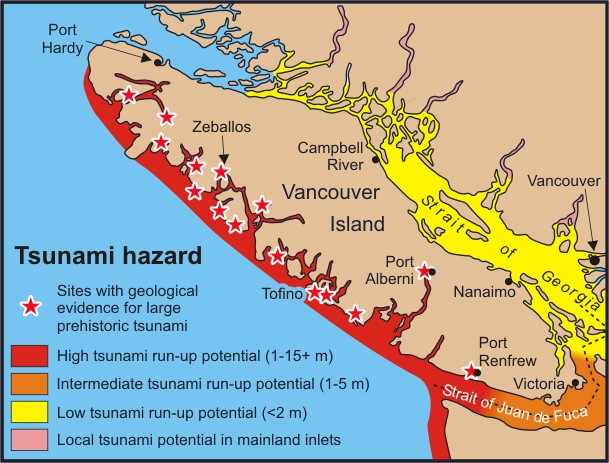