The much-anticipated, yet much-controversial, 50 Shades of Grey film adaptation kicked off its production in Vancouver over the weekend.

The scene captured yesterday was of Dakota Johnson (Anastasia) and Jamie Dornan (Christian Grey) drinking tea together in a small coffee shop conversing away.

If you were looking for scenes of the kinky bedroom variety, you will have to wait until the movie comes out in February 2015. The film will be released in two versions with one version for mainstream audiences and a second version for audiences that are keen to say explicit scenes. 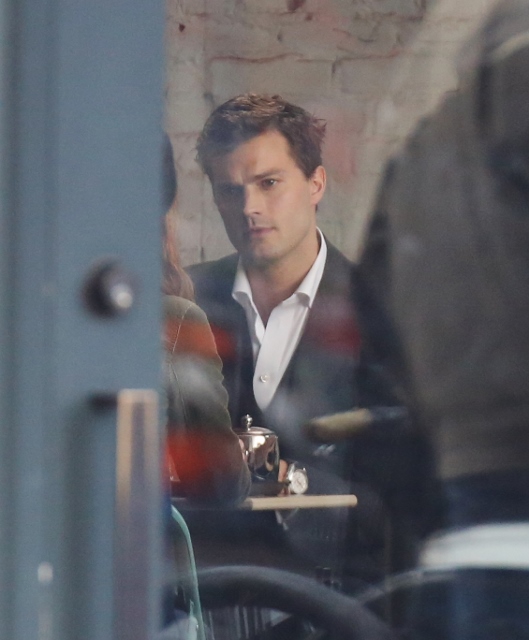 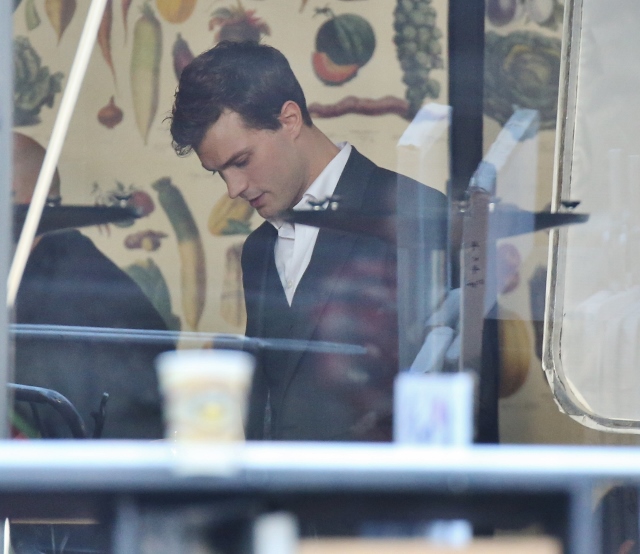 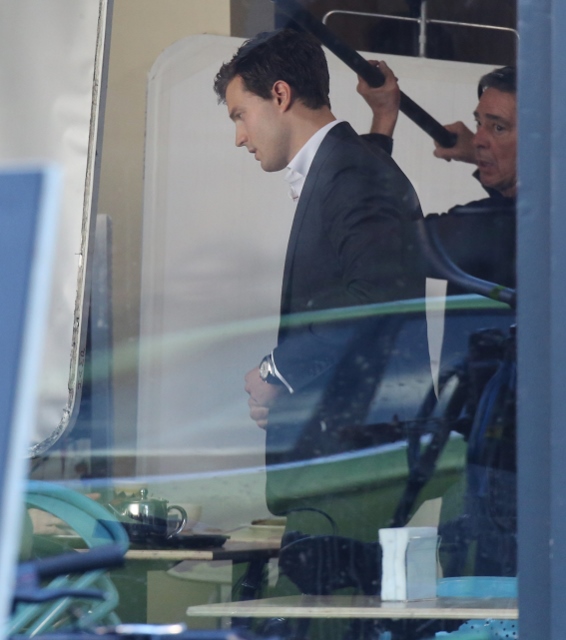 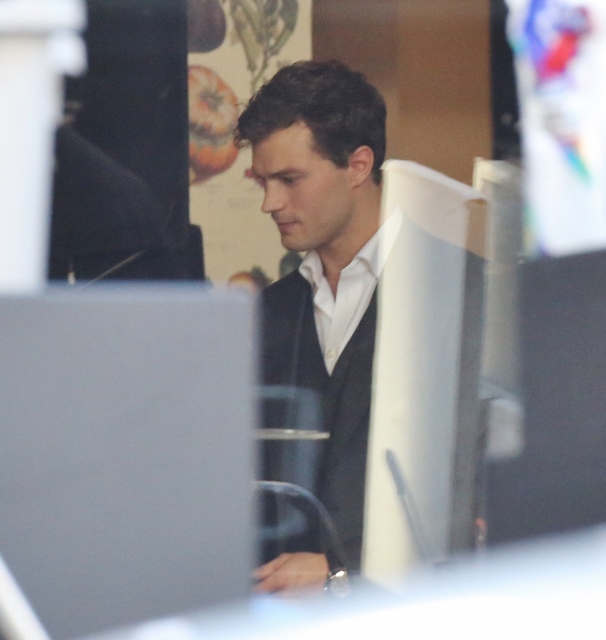 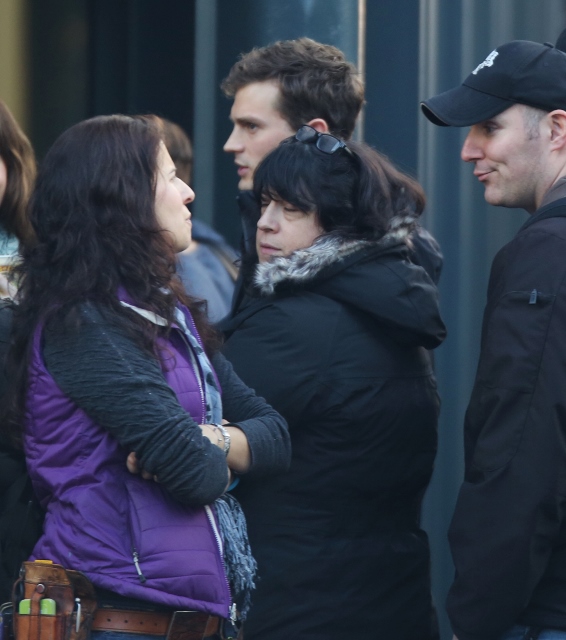 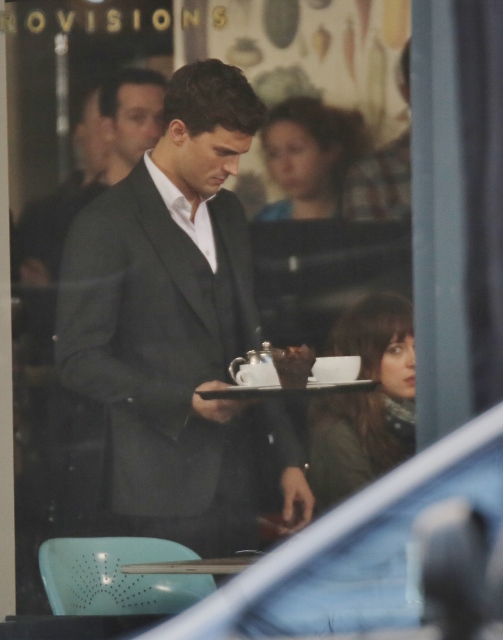 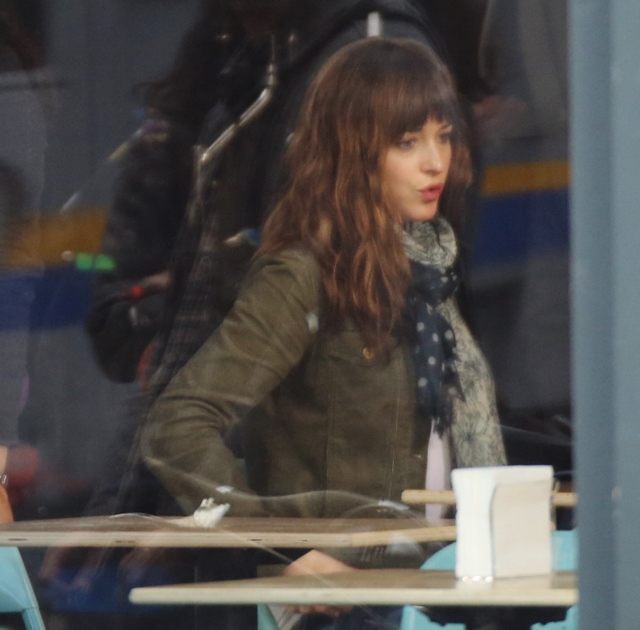 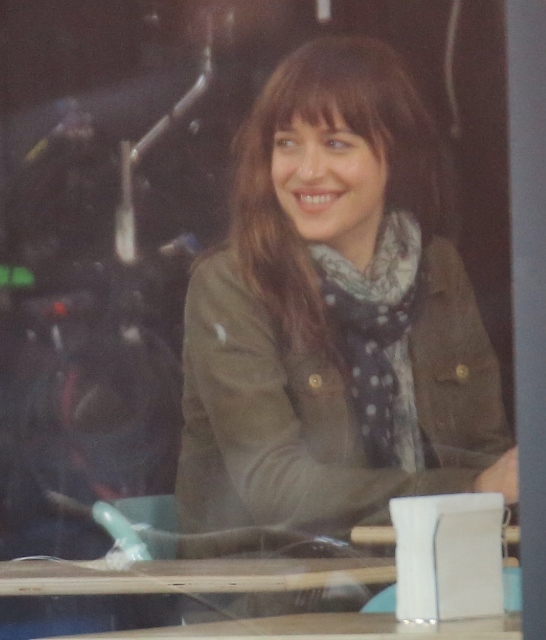 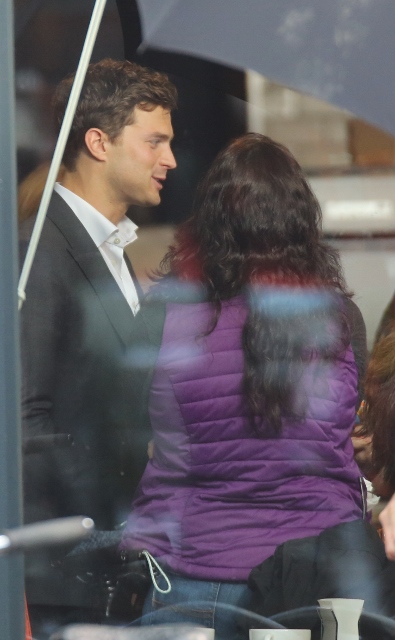 All Photos by Justin King