Did you miss one of this summer’s big Hollywood blockbusters? Was there an Indie movie you wanted to watch?

Beginning on Monday, August 31 and running until Friday, September 4, all Cineplex theatres across Canada will be offering a 50 per cent discount on all tickets for any movie – an extension of its weekly “Tuesday Everyday” price. This includes premium ticket experiences such as 3D, IMAX, UltraAVX, DBOX and VIP Cinemas.

Customers who purchase their tickets with a SCENE points card will even receive an additional 10 per cent discount in their purchase.

In addition to Cineplex’s regular film screening schedule, the theatre chain will also be bringing back summer box office favourites Jurassic World and Minions for this week only.

Some of the movies that are in the current screening cycle include (but are not limited to):

It should also be noted that some of the smaller Cineplex theatres might not screen some of these films; film availability will vary by location.

For a full listing of movies and Cineplex locations, click here. 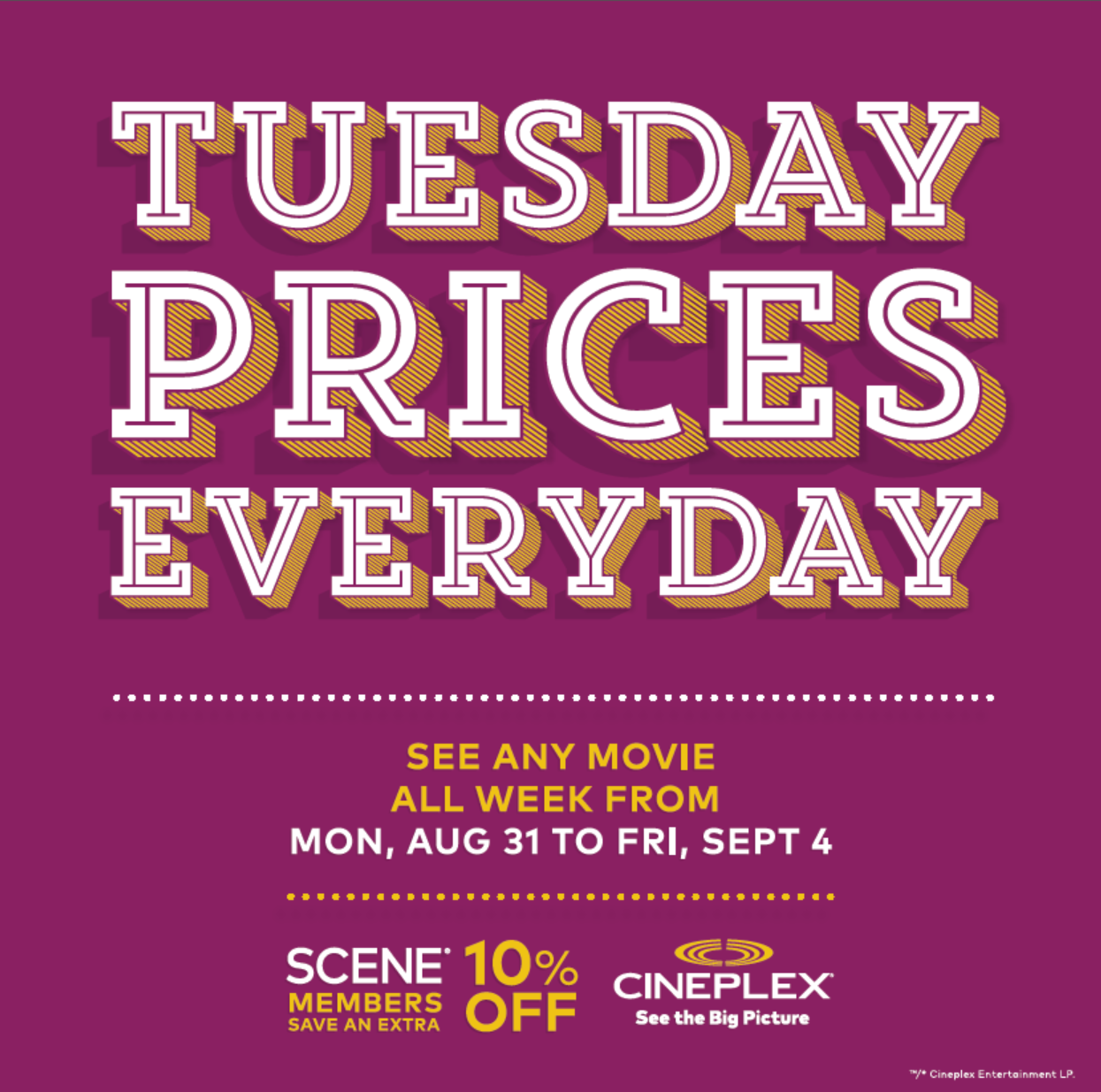