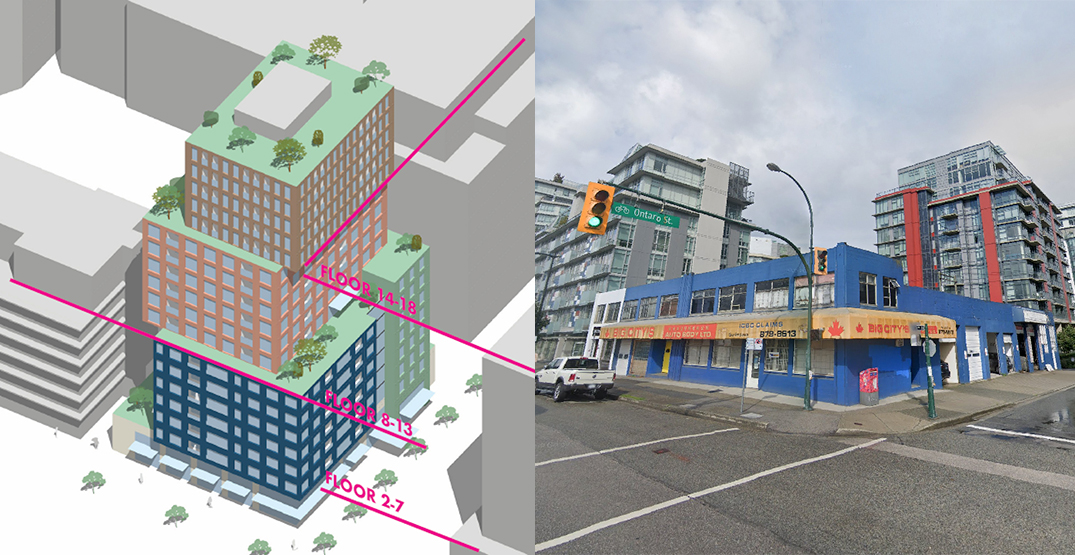 One of the final remaining light industrial properties in the immediate area of Vancouver’s Olympic Village in Southeast False Creek (SEFC) could be redeveloped into a market rental housing tower.

The proposal to redevelop 5 West 2nd Avenue — the northwest corner of the intersection of West 2nd Avenue and Ontario Street — is currently in the early stages, with JTA Development Consultants and MA+HG Architects working on the project. 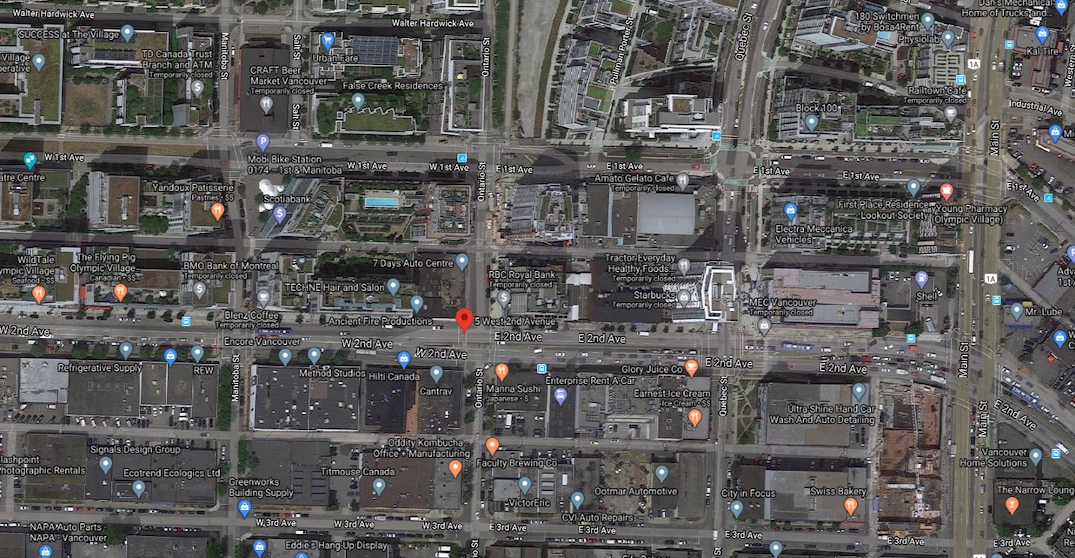 According to City Duo, the building will contain 100% secured rental housing, with 20% of the residential floor area dedicated to below-market rental rates for middle-class households earning less than $80,000 annually.

The proposal could potentially become one of the first applications under the city’s Below-Market Rental Housing Policy for Rezonings, which provides the consideration of additional height and density for rezoning projects to achieve below-market rental housing in areas of the city where change is already enabled. 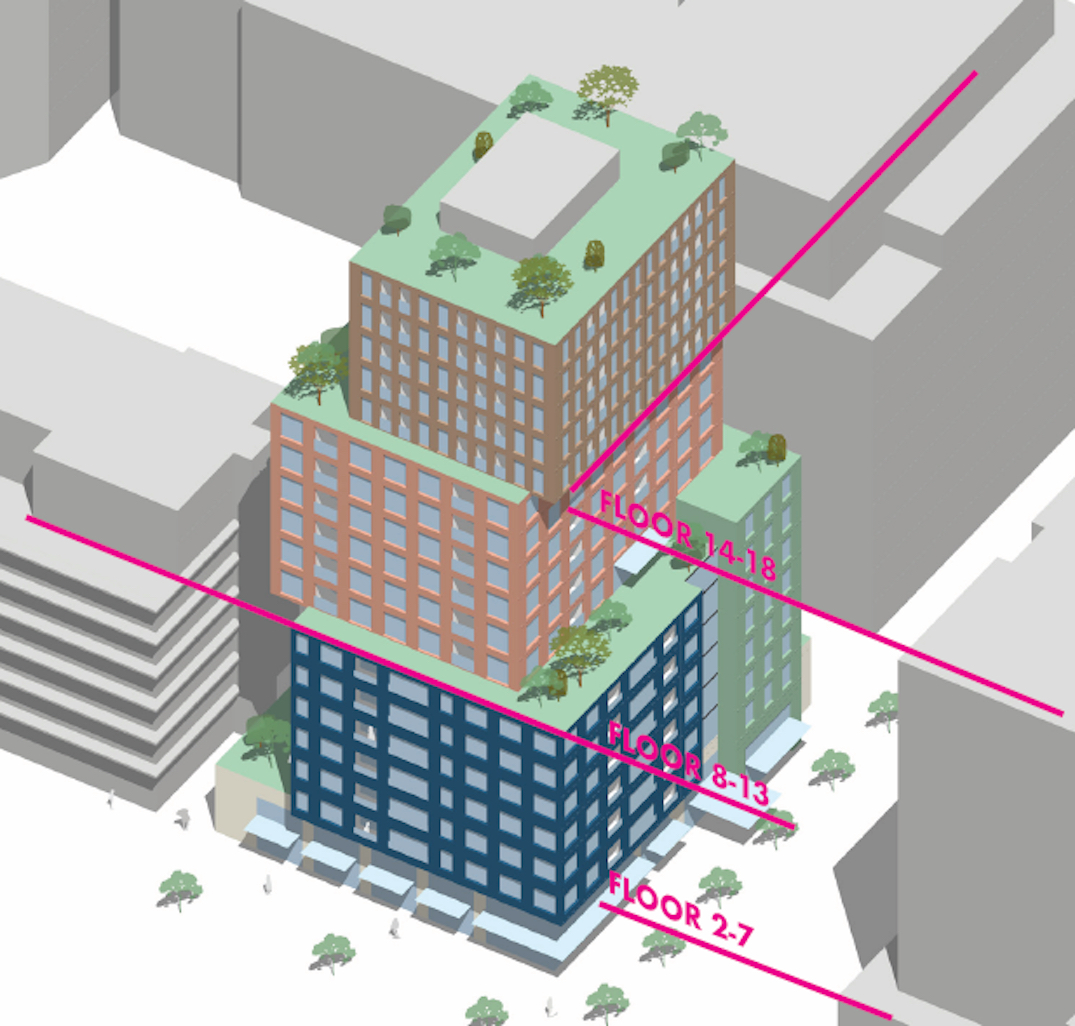 This could become one of Southeast False Creek’s most architecturally unique buildings. Early preliminary illustrations of the design show four volumes, including three large volumes irregularly stacked over each other. The resulting outdoor rooftop spaces on several mid-building levels provide ample outdoor amenity spaces for residents.

Ground-level commercial space is planned, adding continuity to the emerging retail area on this section of 2nd Avenue.

At this time, no formal rezoning application has been submitted to the city; Daily Hive reached out to the proponents last month, but did not receive a response.