Alright it’s time to stop going off-the-board. The NFL Playoffs are sticking to the script, with the best teams moving on. The underdogs made it interesting, but the Divisional favourites all made it through their respective tests. Now, we have two of the best games of the year. One is definitely more enticing than the other, but let’s break down the Conference Championships, along with three other great NFL story lines from the past week.

For Carolina, they’ll have home field advantage and want to redeem themselves after last week’s almost-debacle against Seattle. The Panthers built a huge lead and almost lost it in the second half. All year they’ve said, “the world” was against them. Now it’s time to show the world what they’re really made of.

For Arizona, the odds are stacked against the Cardinals. Not only will they be playing on the road in the snow, but they’ll also be taking on the Offensive Player of the Year and MVP in Cam Newton. They almost lost their Divisional round tilt last week too and without the help of Larry Fitzgerald, they probably would have. He was the OT hero and he’ll need to be huge again in enemy territory.

The winner will be the team that provides the most protection to their quarterback. This game will be won in the trenches. If Arizona’s defence makes like Seattle’s and let’s Cam Newton take a nap and then throw the ball, they’re done. Both teams need to apply pressure to force turnovers. Defence will decide this one.

Sadly, this game will be like watching The Land Before Time. In other words, you’ll be watching a dinosaur’s last dance. I don’t mean that to be disrespectful. Peyton Manning is the best quarterback I think anyone alive right now has ever seen. He’s far past his prime though, and the electric New England offence should be able to light up Denver like your still-up Christmas tree.

For Denver, this game won’t be about Peyton, it will be about the run support. If Peyton can get a little help moving the chains, he’ll be able to fight the good fight. If he’s on his own though, sadly his arm doesn’t have 300-400 yards a night in it any more. Not to mention his ability to escape pressure is a thing of the past. If Peyton can get any sort of run relief, the Broncos stand a chance.

For New England, it comes down to the defensive line. All you need is a bit of heat on Manning and he’ll make bad decisions. He has tender feet following his recent spat of injuries and in the snow, he’ll have to put more pressure on them. If New England can scorch Peyton’s protection, he should be a sitting duck.

The winner will be the team with the best offensive line. Yes, I know that usually decides every game. This won’t be a defensive battle though. Tom Brady and Peyton Manning are still two of the smartest quarterbacks in the game. Manning is slipping but he’s still one of the best football minds around. Whoever’s o-line folds first will be the ones watching Super Bowl 50 on TV. 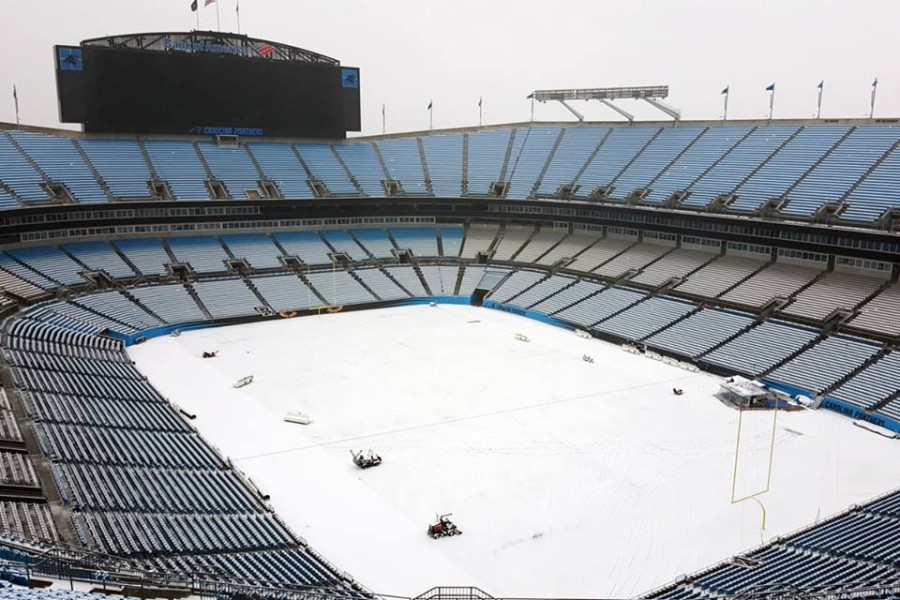 One of the biggest blizzards in recent memory has swept over the United States this week dusting Carolina and Denver. The Panthers were able to roll up their sleeves in last week’s tilt with Seattle. This time around though, expect the puffy jackets and heaters to drape the sidelines.

This bodes well for both Denver and New England. They’re each very experienced clubs, when it comes to playing in the snow. However, we’re all wondering if the Denver football crew will let Tom Brady feel his balls before the game? (No, you heard right)

As for Carolina and Arizona, expect the Panthers to have the edge here. Not only do the Cardinals play in the one of the hottest states the country, but they’re also in a domed stadium. Carolina is used to the elements and are undefeated this year when playing outdoors. Obviously the Cards will be fired up, but the snow could hurt the Birds in the end. 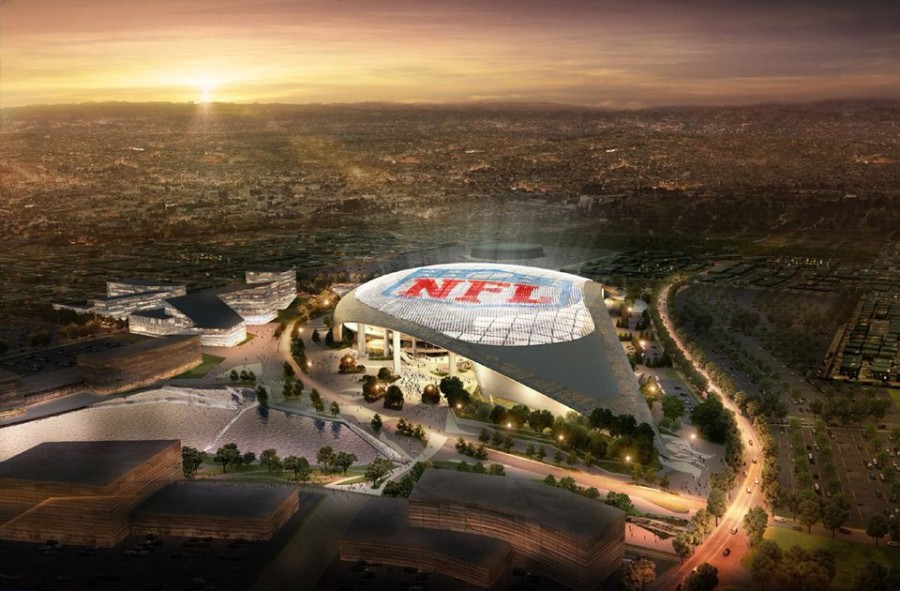 This is a ridiculous situation. The Spanos family wants money. The billions in the bank just aren’t cutting it and more is needed. There is absolutely no other way to explain this situation. San Diego offered a new stadium. They even crumbled and finally said they’d be open to a downtown stadium. Nope, Spanos is interested in moving the team to Inglewood, CA. Of course, he does have a year to decide, but now that the Chargers have filed for the “Los Angeles Chargers” and “LA Chargers” trademarks, the writing seems to be on the wall.

With that said, Los Angeles contains all of maybe seven Chargers fans. Los Angeles Times writer Bill Plaschke, recently dropped an article on how brutal the idea is in the first place. He admits the Raiders would have a huge following and the Rams will still be well liked too of course. The Chargers, however, haven’t been in LA since 1960. So aside from a few older gents that used to go the games and ride the subway for a nickel, the fan base just isn’t there.

Had the team decided to head to Carson, with an hour and a half less commute from SD, it may have been a successful move. To fill 70,000 seats in a town where nobody cares about the San Diego Chargers though, may be a burden that nobody seems to be considering.

5. My two-cents on a Seahawks open letter 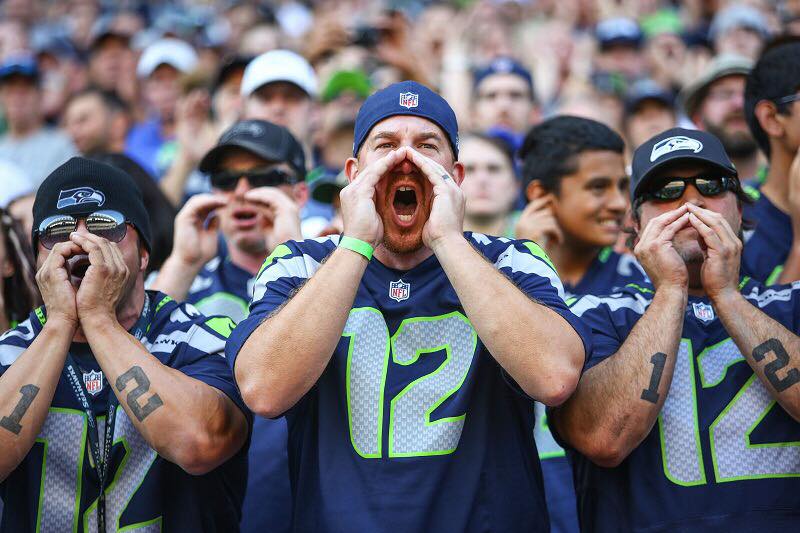 Following the Seahawks loss to Carolina, Cam Newton took a fan’s 12th Man flag and threw it to the ground. A tad disrespectful? Sure. A hurtful and malicious act? No. One Seahawks fan decided to write a note to Mr. Newton about is actions though.

Here is the note: 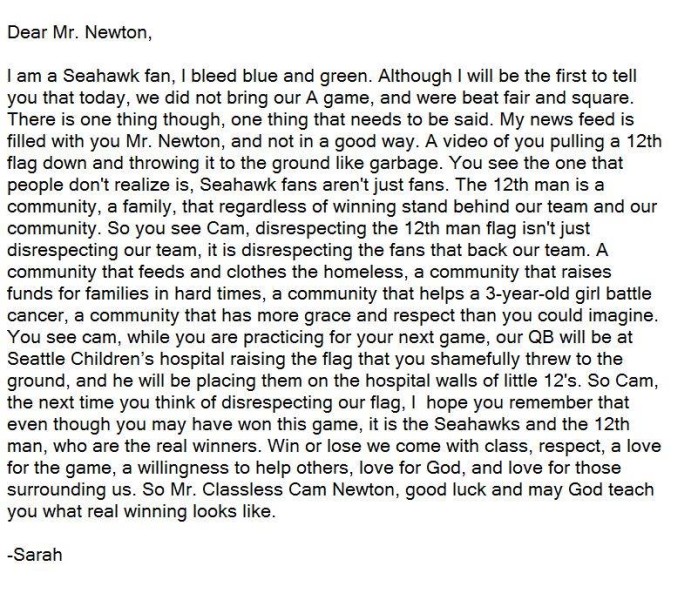 Now as a Green Man for many years this offends me. This fan has taken it too far. Even under the green spandex, we were still just fans. If you’re on the other side of the glass or off the field, you’re a fan. Nothing more and nothing less.

Now I don’t mean to paraphrase Deadspin here, but I feel the exact same way.

No, that’s exactly what you are.

As a Green Man, we helped raise a lot of money and we also visited many hospitals. Would I say all Canucks fans do the same though? No. Would I ever bring up sick kids to make somebody feel bad about themselves? Not a chance in hell.

This letter is the biggest piece of guilt trip garbage I’ve ever seen. Cam Newton threw a made up flag on the ground. He didn’t burn or throw the country’s or state of Washington’s flag on the turf. It was a man-made 12th Man meaningless (sorry for the alliteration) piece of fabric.

Cam Newton is the lone quarterback in the NFL that gives footballs to little kids after every touchdown. He dances after he scores and he’s a little unorthodox with his first down celebrations. He doesn’t deserve this absolutely demeaning and degrading junk mail though.

As a true fan that’s taken things to the next level, I’m insulted and would never over-punctuate a fans affect outside of the game itself. It’s because of that game that you are a fan in the first place. If are a fan and are donating yourself to something bigger outside the stadium, that’s just you being a good person. The 12th Man is not a charitable foundation though, it’s a fan club.

When Force and I devoted our time and efforts outside the arena to a better cause, we didn’t shove it in everyones faces. Sure, we would post about a charitable event or fundraising effort to try and help spread the word. It wouldn’t be done in a selfless manner though.

Doing good deeds for others is the reward itself. If you’re doing something for the recognition, you should truly take a better look at yourself and your intentions. This letter disgusts me and that’s my two-cents.

Sorry to end on such a down note. Enjoy the games though, they’re going to be great!