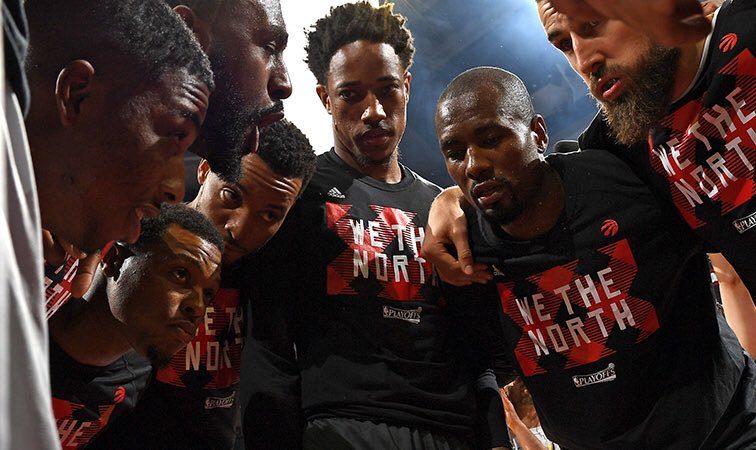 After witnessing the dominant display in the 2017 NBA Finals, the Toronto Raptors have a lot of work to do to compete at a championship level.

Despite a much-improved roster in comparison to the previous season, they were swept out of the second round in a rematch with the Cleveland Cavaliers, the reigning Eastern Conference champion the past three years.

There are a number of uncertainties surrounding the Raptors following a disappointing exit: the status of their star point guard, their first-round pick, their financial knot, and head coach Dwane Casey.

However, the most important question to ask is, what do the Toronto Raptors need to do in order to overcome the Cleveland Cavaliers in the eastern conference?

1. Bring back the leader

Kyle Lowry is an all-star point guard who is a late bloomer in terms of his development. The Villanova product has not only exploded onto the scene as one of the league’s top guards, but as the Raptors’ best player and unquestionable leader in the past four seasons.

Despite turning 32 next March, Lowry was able to showcase — when healthy — he’s still a big-time contributor and can win games single-handedly.

Re-signing Lowry combined with making other moves will be tough considering their financial tie-up, but Raptors’ president, Masai Ujiri, has a handful of trade-able contracts and assets to make something happen.

LeBron James has dominated the eastern conference for nearly the past decade with eight NBA Finals appearances. But, James has faced trouble against teams with at least two All-Star wing players, or a wing player that is/was capable of making him work defensively and guard him one-on-one.

The Boston Celtics, the San Antonio Spurs, and the Golden State Warriors are the most prevalent examples of teams that were able to slow down the King.

Paul Pierce and Ray Allen, Kawhi Leonard, Kevin Durant, and Klay Thompson are the respective wing players/duos that have been successful against James in the past decade.

If the Raptors could somehow muster up enough assets to acquire Paul George for at least a one-year rental, or move enough cap space out of town to acquire Gordon Hayward, pairing that alongside DeMar DeRozan would make for an impressive, lethal wing duo.

As long as LeBron James is in the East, he will be the pinnacle of obstacles to overcome in order to reach the finals.

Head coach Dwane Casey has brought a ton of success to Toronto in the past four seasons, including a defensive identity and a culture of regular season excellence. What hasn’t worked — exemplified in the team’s lack of production — is the offence.

The Raptors were the fourth worst team in points scored, 12th out of 16 teams in assists per game, while having the third worst offensive rating in the playoffs.

Isolation basketball does not work, unless surrounding players are hitting perimeter shots consistently, and it proved itself in the NBA Finals.

The best teams in the league rely heavily on ball and player movement. Opposing teams struggle to defend a sharing team — players are out of position, making mistakes and missing assignments.

The Raptors were 11th out of 16 teams in three-point shooting in the playoffs. They consistently struggled to make shots from behind the arc, and with the importance of spreading the floor in today’s NBA, the Raptors shot themselves in the foot.

The Raptors have free agents of their own who are solid outside shooters: Serge Ibaka, who has basically agreed to re-sign, Patrick Patterson, and P.J. Tucker. The status of those aforementioned, including other great shooters in the market such as J.J. Redick, Kyle Korver and former Raptor, Vince Carter, can make for a solid combination to build around the likes of Lowry and DeRozan.

It might take for some unfortunate circumstance for the Raptors to reach their first, illusive NBA Finals, such as an injury to LeBron James who is turning 33 in December, who showed signs of fatigue during the Finals.

The Raptors will need to play near perfect, depending on what happens with the roster this summer. As we saw in the Finals, the Cavs’ single win against the Warriors came at a record-setting pace, with record-setting shooting percentages and point totals.