The incomparable Tony Bennett and his BFF, Lady Gaga, are highlighting the 30th anniversary of Vancouver’s Coastal Jazz festival with two shows at the Queen Elizabeth Theatre this week.

The odd couple will be performing songs from their Grammy-winning album Cheek to Cheek, as well as a slew of other jazz standards. Tickets for Monday night’s show are in hot demand, with little monsters and little old ladies duking it out online for good seats; a spot in the orchestra is currently selling for $565 on Craigslist.

But before Gaga and Bennett take the stage, we’ve compiled a list of five random facts about the duo you might want to know before the show. Nothing important – just useless trivia to impress your friends and annoy your coworkers with. Ready?

She’s appeared semi-naked in music videos, magazine covers and in my nightmares, but Bennett got a taste of the whole enchilada when he sketched a nude Gaga during a Vanity Fair cover shoot. Bennett, as it turns out, is an accomplished painter with several pieces in the permanent collection of the Smithsonian Institution. In 2011, the charcoal drawing was auctioned off for a whopping $30,000 with proceeds going to Gaga’s “Born This Way Foundation”, a non-profit organisation designed to inspire kids (and to hopefully discourage them from posing nude for 88-year-old men). 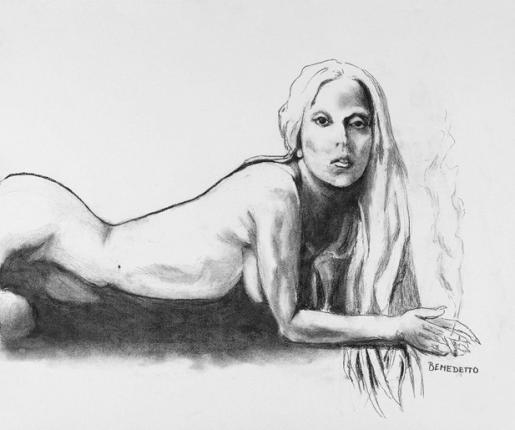 When Cheek to Cheek debuted atop Billboard’s Album chart last year, the octogenarian became the oldest living act to ever top that list. The previous record? Tony Bennett himself, whose Duets II collection hit number one when he was just 85. Cher and Louis Armstrong are the oldest male and female to top the Singles chart, at ages 52 and 63, respectively. Gaga and Bennett are expected to pay tribute to those record holders at Monday night’s show, with Gaga covering Cher’s “Bang Bang” and Bennett taking on Armstrong’s “When You’re Smiling”.

Joe Germanotta, better known as Papa Gaga, is the driving force behind his daughter’s hugely successful career. The former internet entrepreneur (hotelchatter.com dubbed him the “Godfather of hotel wi-fi) used his connections to help Gaga land a record deal and now enjoys a massive 50% cut of her earnings. The singer also bought her father a restaurant, got “DAD” tattooed on her shoulder  and recorded a song (2009’s “Speechless”) to help convince Joe to undergo open-heart surgery.

4. Tony Bennett left his heart in Springfield, too.

In 1990, the crooner became the very first celebrity to play themselves on The Simpsons. In the episode, Homer attends his company’s “Employee, Spouses and No More Than Three Children Night” at a local baseball game and lands a job as the team’s mascot. The gig eventually takes Homer and his family to Capital City, where they run into Bennett on a city tour. Lady Gaga played herself on the show in 2012 but her appearance didn’t earn the singer much applause from fans. Her episode has the dubious distinction of being the lowest-ranked episode in the show’s 26-year history, according to imdb.com users. 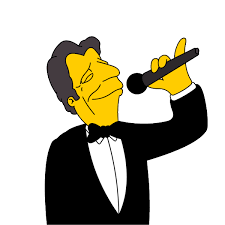 5. She’s not in love with Judas anymore, baby.

Lady Gaga’s first three albums were mostly inspired by her on again-off again relationship with Luc Carl, a bartender from the Midwest (she gives a shoutout to her “cool Nebraska guy” on “You & I”). Their bad romance fizzled in 2012 after Carl wrote a diet book filled with thinly-veiled digs at the star (a sample passage: “I used to get more women when I was broke, flabby and completely wasted…but those women were sloppy 22-year olds, the kind of women who messed up my sheets and asked for cabfare in the morning”). He may have got her love, but Gaga got her revenge – she’s engaged to model Taylor Kinney who played her ex in the video for “You & I”. Ga-ga-oooh-la-la, indeed!

A few tickets are still available for both shows at the Queen Elizabeth Theatre. More information here.