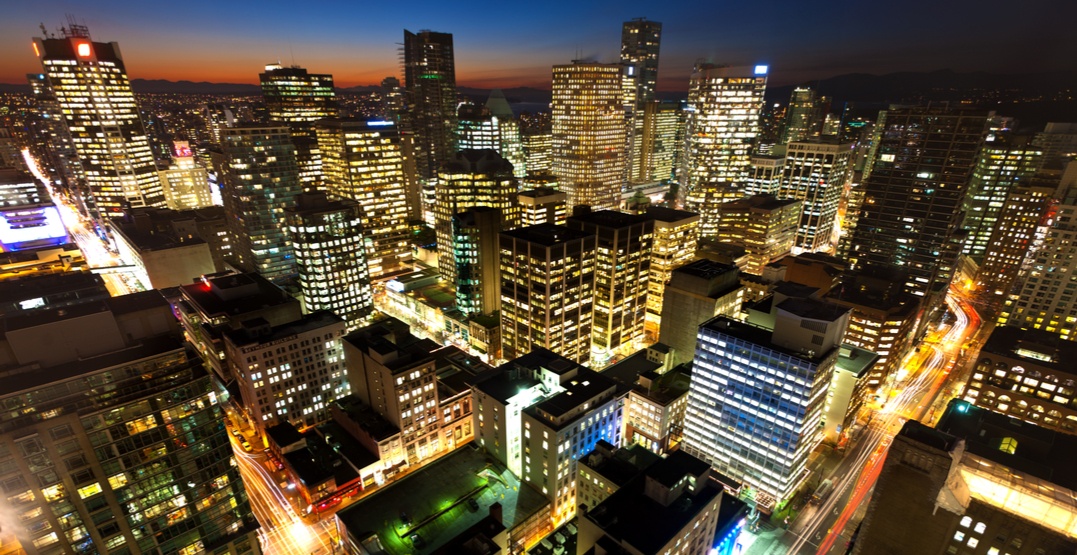 BC’s tech sector is ripe with talented entrepreneurs and fearless innovators and the #BCTECHSummit showcases B.C.’s vibrant technology industry, builds cross-sector and cross-border opportunities for businesses, and explores the latest ideas and innovations solving challenges and fuelling the global economy.

Hosted annually by the BC government and Innovate BC, the #BCTECHSummit brings together technology leaders, industry executives, investors, senior government officials, researchers and students to connect and share insights, experiences and opportunities.

The three-day event runs from March 11th – 13th, at the Vancouver Convention Centre.

Here are 5 must-see speakers to check out this year:

Maggie Clay is an experienced finance leader, participating in some of the largest transactions a business can make. Gaining insight from years of experience at PwC, TNG (a division of the Jim Pattison Group), and currently Vancouver-based PayByPhone Technologies Inc., Maggie has participated in transactions in a variety of industries and between some of the largest European conglomerates, keenly understanding both the ‘buy’ and ‘sell’ perspectives.

In her role as CFO of PayByPhone, Maggie oversaw a lengthy divestiture process which culminated in December 2016 with the acquisition by Volkswagen, the largest automaker in the world. Her experiences working in transaction services in London, England and with multi-national blue-chip shareholders have given her a unique perspective on scaling, exiting, and working with a big-company board.

Session:  0 to 100: From Scaling Startup to Successful Exit

General Electric acquired Vancouver’s Bit Stew systems for $153-million. Avigilon sold to Motorola Solutions Inc. for $1 billion. BuddyBuild was bought by the most valuable brand in the world, Apple Inc. But veteran executives understand that successful exits don’t just happen by chance. They are often a once-in-a-lifetime opportunity, and the stakes are high. So how do you guarantee the best possible return for you and your investors? You can’t. But you can take action at every step of your entrepreneurial journey to position your company for success. Join this masterclass to learn how to navigate the opportunity and complexity of an acquisition while avoiding the most common exit strategy mistakes.

As Article’s co-founder and CEO, Baig oversees the company’s day-to-day business operations. He works directly with teams across the organization, from engineering and warehousing to logistics, marketing and creative, all to realize the company’s mission of engineering remarkably better furniture experiences.

Baig has a passion for developing and investing in technology companies that solve real-life problems. Prior to founding Article, he co-founded Etilize Inc., which provides mission-critical product data and solutions for retailers, distributors, and manufacturers to power their e-commerce operations. Etilize was acquired by GFK Group in 2009. He holds a Bachelor of Science (BSc) in Computer Engineering from the University of Alberta, and a MBA from INSEAD.

The numbers speak for themselves: Article grew 56,581% between 2012 and 2017 and is approaching $200 million in annual revenue; Bench’s four-year growth rate is a reported 12,814.3%; and over the past year, Finn AI has doubled its staff, raised CAD$14 million from Cascadian investors, and been recognized with an award for excellence in technology innovation.  Join this masterclass to learn the strategies they’ve employed, as well as the unconventional insights they’ve uncovered, while fuelling their unprecedented growth streaks.

Nejeed Kassam is the CEO and founder of Keela – an impact technology company, dedicated to empowering small non-profits with accessible software. He was educated at McGill University (B.A.) and Osgoode Hall Law School (JD). Called to the Bar in Ontario in 2015 and in British Columbia in 2017, Nejeed is also the founder of the Better Canada Initiative. He is the former Executive Director of both End Poverty Now and Conversations for Change. Nejeed is a global innovator with experience working for the United Nations and the Senate of Canada. He is the author of the book ‘High on Life’ (foreword written by former Canadian Prime Minister Jean Chrétien) and the co-producer of the documentary, ‘Conversations for Change’. Nejeed sits on a number of start-up and non-profit advisory boards, has spoken at conferences around the world, and is currently a member of the Global Shapers Community (World Economic Forum) and a fellow at the Royal Society of the Arts in the UK.

Under his leadership, LlamaZOO has grown from a lean start-up to a profitable company with products for mining, forestry, oil and gas companies. Charles’ expertise on advancing the space of VR/AR has been called upon many times throughout his career. He is a founding member of BCTech’s The CUBE, and board member of the VRAR Association Vancouver Chapter.

XR (virtual, augmented and mixed reality) is overhauling industries and enabling completely new experiences in how we live, work and play. Formerly the purview of futurists and gamers, the uses for XR are now being realized in sectors as diverse as natural resources, retail, healthcare and real estate. It’s no wonder B.C. now has more than 230 companies developing XR applications, up from a dozen three years ago. Join this session learn about XR’s power to transform your business and life from the people and companies who are leading this virtual revolution.

Sue is the inaugural CEO of Canada’s Digital Technology Supercluster (CDTS) – one of the most innovative and meaningful initiatives for the Canadian economy in a generation. Sue oversees innovative cross-sector projects and initiatives that will digitally transform Canada’s leading industries, create jobs, grow our economy and build Canada’s competitiveness.

The former CEO of Pharmasave, Canada’s largest chain of independent retail pharmacies, and then as CEO of LifeLabs Diagnostic Laboratories, she has driven innovations in technology, the introduction of genetic testing and re-inventing the company’s approach to government and stakeholder relations.

Session: Innovation Superclusters and How They Will Supercharge Canada’s Economy – Speaker

More information on the 2019 #BCTechSummit, is available on the event’s website.