Reinvented by a generation of young creatives, Brooklyn is synonymous with cool. Destination restaurants, unparalleled craft/food markets, and artists’ studios, are all hallmarks of New York City’s hippest borough.

The rich sensory experience is the draw, but don’t just eat and shop. Dig deeper. A conversation with a Brooklyn maker will reveal the dream and expertise it took to get them there. You’ll walk away feeling inspired too.

5 Cool Things to Do in Brooklyn, NYC 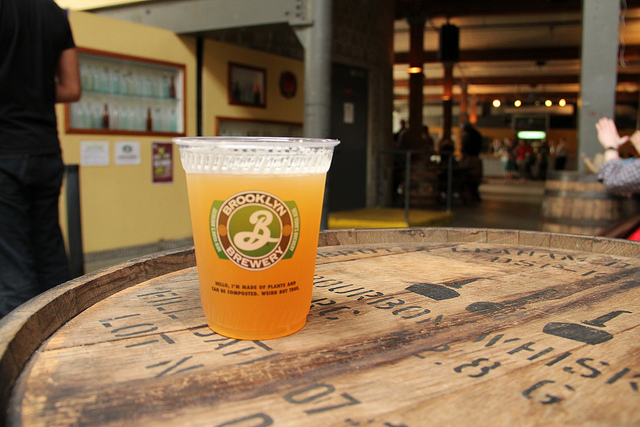 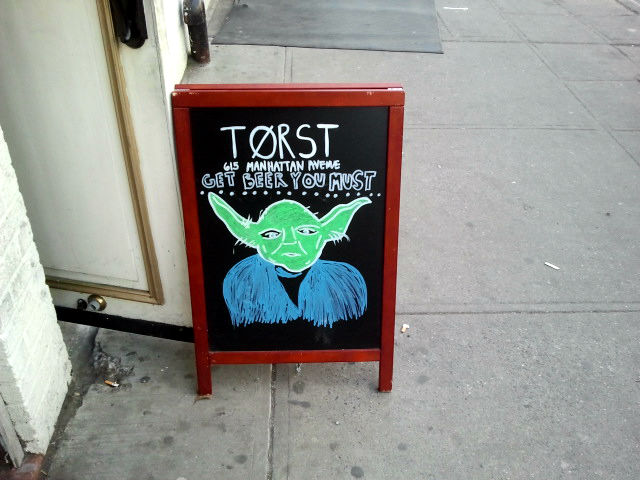 Craft suds flow throughout Brooklyn’s neighborhoods. Start with Brooklyn craft beer ground zero, Brooklyn Brewery, in the hipster epicentre Williamsburg. When founder Steve Hindy left his job as a journalist at Newsday in the 1980s to start this company, they called him crazy. Today Brooklyn Brewery is in the top ten largest craft breweries in the US. Tours range from free to $10, not including beer tokens. Hit up the friendly tasting room. Take home one or two of the special big bottles. These beauties are 100% bottle refermented, a process which adds an intense body. Our faves? The Brooklyn-meets-Belgium Local 1 or the lemony Brooklyn Sorachi Ace.

Next, visit new and trailblazing TØRST in neighbouring Greenpoint. This good-looking craft beer bar by Jeppe Jarnit-Bjergso, a noted Danish brewer of Evil Twin Brewing, and Daniel Burns, the former head of Momofuku’s test kitchen, shines like only Scandinavian design can. But it’s not just another pretty face. The beer delivers. Each of the 21 local brews on tap is calibrated to its optimal temperature and pressure, thanks to the “beer flux capacitor”, a game-changing beer geek invention the owners. The bottle menu features craft beer labels that are impossible to find anywhere else in the US. Scandie snacks are tasty and excellent beer sponges. Nosh on Danish rye bread, smoked trout, rarebit and pickles while you sip. 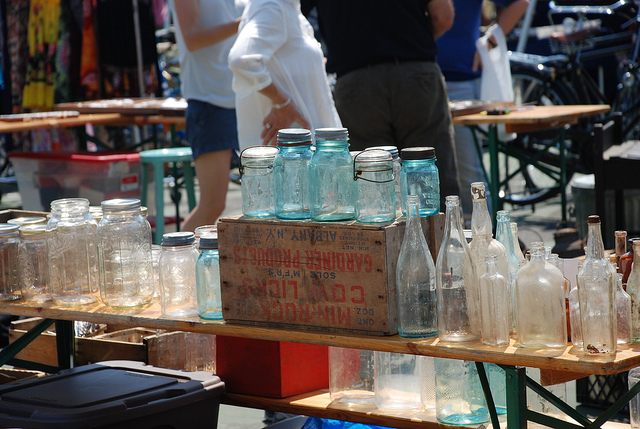 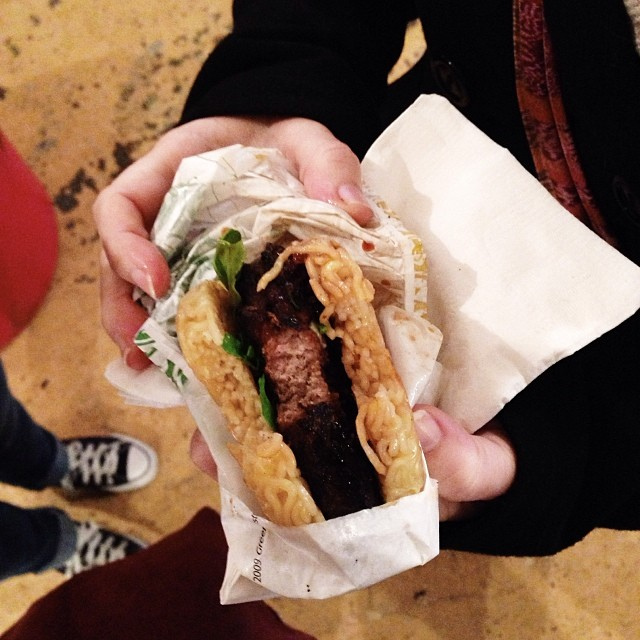 Perhaps the best makers’ market and vintage market all of North America, Brooklyn Flea is the place to find a beautiful, one-of-a-kind treasure. In addition to retro fashion, jewelry and home decor, on any given market day you’ll find handmade leather goods, used bicycles, design-savvy baby toys, apothecary-esque beauty products, records, repurposed furniture and more. Sister market Smorgasburg (more on that below) is dedicated to food, but the Flea also has plenty of tempting food trucks and stalls on site. Find the Brooklyn Flea in Fort Greene, Williamsburg and Park Slope from 10am to 5pm on weekends. 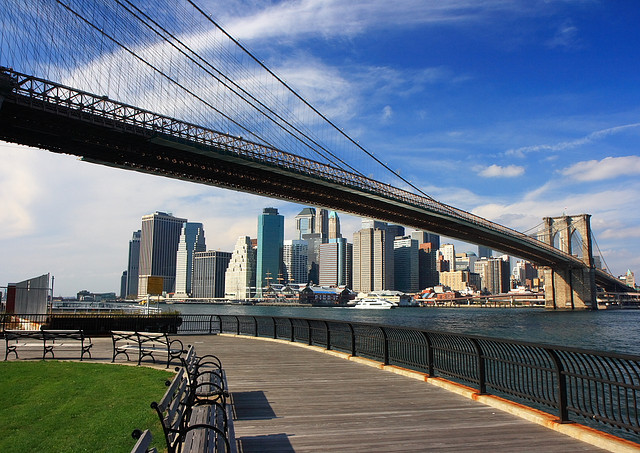 This scenic, 85-acre Brooklyn Bridge Park on the East River in the Brooklyn Heights and DUMBO neighbourhoods revitalized 1.3-mile of Brooklyn’s post-industrial waterfront when it opened in 2010. There are six piers to visit with highlights including unparalleled views of the Manhattan skyline, sandy beaches, a prime picnic area, a kids zone and sports fields. While strolling, you’ll want to hit up the historic Fulton Ferry Landing at Pier 1 – site of Brooklyn’s first ferry landing in 1642.  Nearby is Brooklyn Ice Cream, another must-visit, with what some call New York’s best scoops. 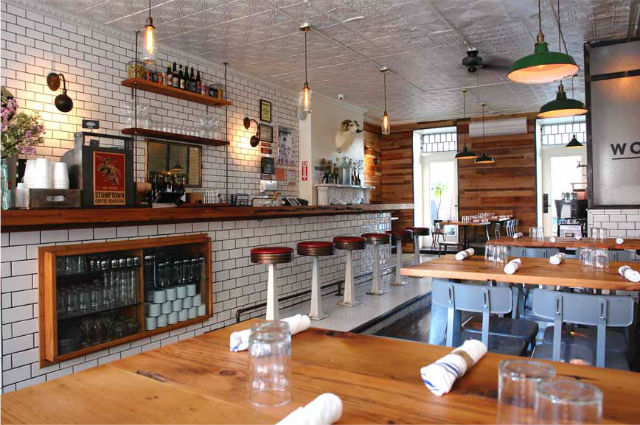 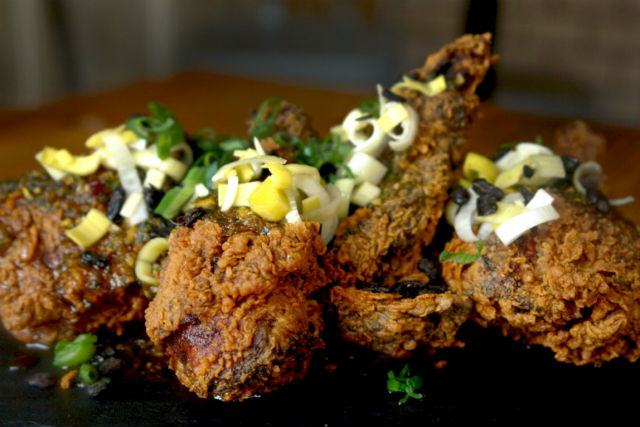 Brooklyn is known for its destination restaurants; any attempt to narrow them down seems like sacrilege. That said, here’s a brief intro to three. Go forth and eat.

Martha Brooklyn in Fort Greene is your edgy, farm-to-table, mod Asian menu at its best. People watching over cocktails and craft beer is beyond amusing. You’ll feel like you’re in exactly the right place at exactly the right time no matter when you go. Must-try’s: fried chicken with General Tso glaze and duck fat biscuits. 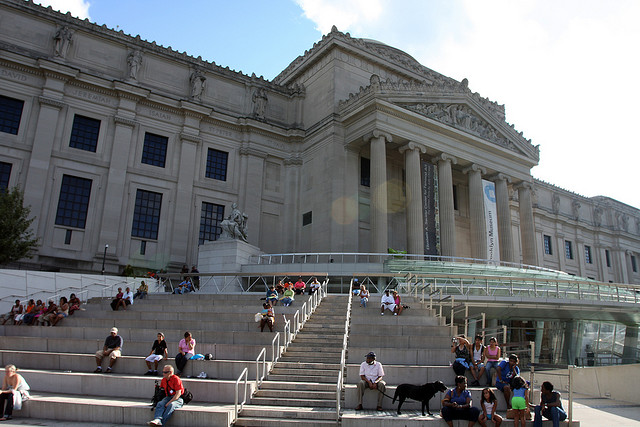 Gentrification is imminent, but even so, Bushwick is the core of the hot Brooklyn gallery scene. Maybe it’s the proximity to Pratt or the of the fierce strength of the artists that make their home here. Either way, you’ll be stuck with the conundrum so many galleries, so little time. Harbor Gallery and Storefront Ten Eyck 324 are two welcoming galleries you’ll want to swing by for a mix of new and established Bushwick artists.

Getting there: Cathay Pacific and WestJet offer nonstop flights from YVR to JFK. Cathay is just a tad more cozy, because the flight the last leg of a long haul from Hong Kong. Expect a hot meal included in the ticket price and excellent service from characteristically courteous staff.

Where to stay: The most budget-friendly and authentic way to experience New York is to opt for a vacation apartment rental over a hotel. If you have your heart set on  a cool Brooklyn hotel however, try the Wythe Hotel housed in a former factory on the waterfront in Brooklyn, or the McCarren Hotel with a swank rooftop bar and massive outdoor swimming pool.