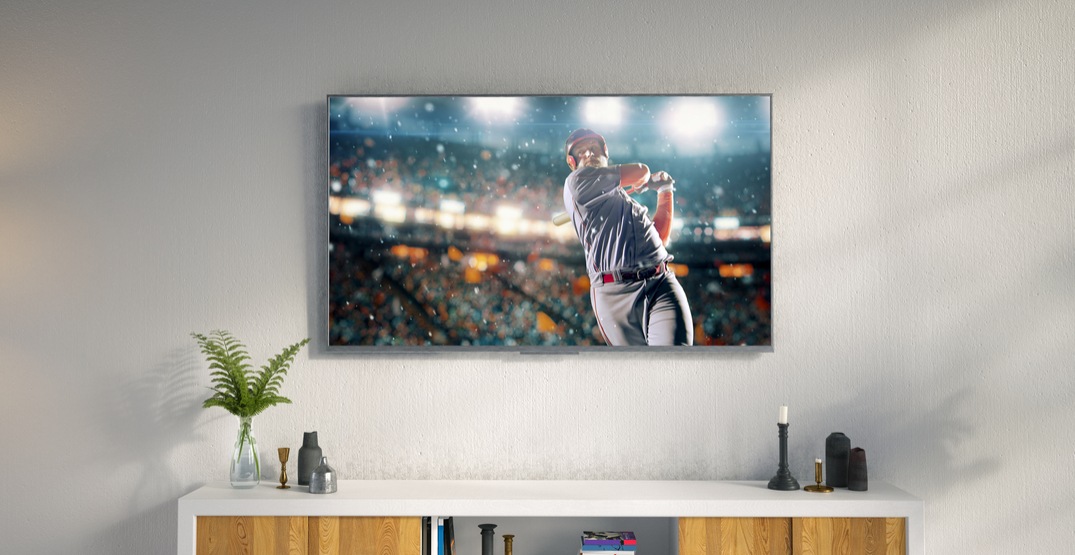 We’re living in an age where technology is advancing at an incredibly rapid rate. For us mere mortals, this comes with a plethora of benefits. Notably, when it comes to our home entertainment options.

Which brings us to 4K HDR – it’s so good that you might not want to leave your home again. Seriously.

So, why is 4K HDR TV such a big deal? Short for high dynamic range, 4K HDR dramatically enhances the picture quality of existing 4K technology. It’s engineered to heighten your experience of colour and detail in everything from epic movies to your favourite cooking shows. (We demand nothing less than perfection when we’re watching Chef’s Table.)

With that being said, we’ve compiled a list of everything you wanted to know about 4K HDR TV, but were afraid to ask. Don’t worry, you’re not the only one.

What does 4K TV even mean?

You can thank film industry experts for coining the term 4K which, put simply, refers to approximately 4,000 pixels across the screen. Now, we’re not trying to confuse you, but generally speaking, 4K televisions actually have 3,840 x 2,160 pixels. But let’s be real: 4K is easier for everyone to say and remember, so the industry agreed to just round up. So be it!

Do I actually need these additional pixels?

We’re going to get all technical here for a moment, so, stay with us. The truth is that 4K quadruples the number of pixels on the screen from high definition, which dramatically improves the clarity of the image. In simpler terms, more pixels allow your TV to display a wider array of colours on screen, meaning brighter shades and deeper darks than ever before.

So yes, if you want to maximize your viewing potential, the extra pixels can certainly help.

How will it affect my life?

It’s a revolutionary trend, really. While 4K was all about quantity, 4K HDR is all about quality. 4K HDR gives objects more depth on screen, allowing them to appear more immersive, thus creating a TV viewing experience that’s almost life-life.

Explosions in the Oscar-nominated war film Dunkirk will be bigger and brighter with 4K HDR, while those massive battle scenes in Avengers: Infinity War will be infinitely more epic.

Or if cooking shows are more your style, Netflix’s Chef’s Table will make you salivate, as the food shots will appear more vivid and drool-worthy than ever, using 4K HDR to bring them to life in billions of colours.

Before you can immerse yourself in the richness of 4K HDR, you’ll need a couple of things. The first is a TV with 4K HDR capabilities – this needs to have a screen of at least 50 inches or larger. Next up is the internet connection, preferably a strength of 50 Mbps or higher to get the best streaming experience. Then, of course, you need access to 4K HDR- ready content.

What kind of movies can you watch in 4K HDR with TELUS’ Optik TV?

Optik TV customers already enjoy access to the largest PVR capacity, the most On Demand titles and innovative features like Restart TV, the ability to easily watch YouTube in 4K and the TELUS-exclusive Healthy Living Network.

TELUS now offers an ever-growing catalogue of 4K HDR movies, which currently includes blockbusters like Black Panther and Blade Runner 2049, plus stunning dramas like Phantom Thread, Darkest Hour and dozens more; and hit shows like Stranger Things, Lost in Space and Black Mirror can be binged in 4K HDR through the built-in Netflix app on Optik TV.

Get ready to completely transform your TV viewing experience with 4K HDR. Head to telus.com/4KHDR now to find out how the best TV keeps getting better and how you can get 4K HDR for yourself.