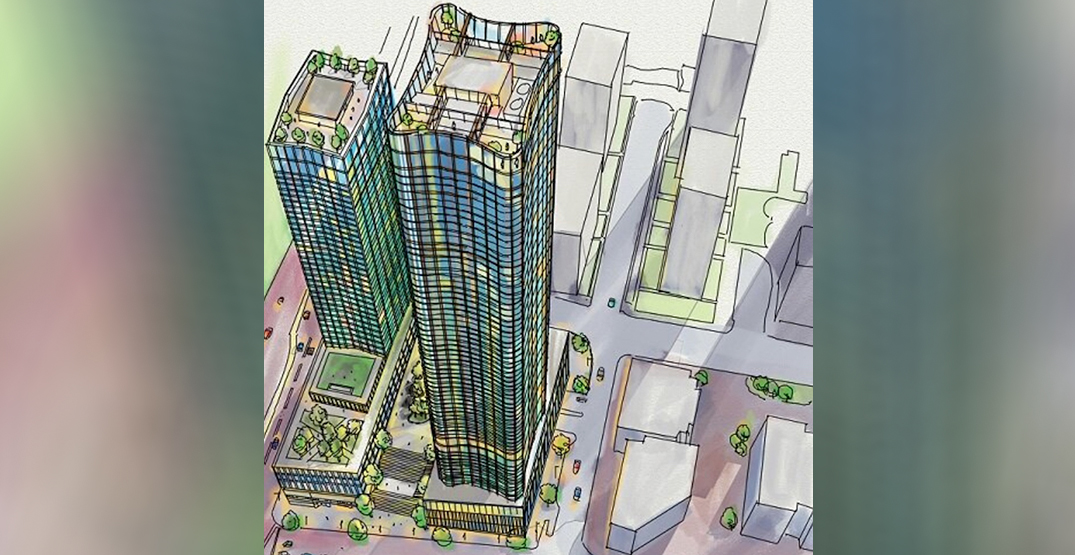 Another super-tall tower is proposed for the emerging Metrotown Downtown area in the city of Burnaby.

Bosa Properties told Daily Hive Urbanized it is in the highly preliminary stages of putting together a proposal for a major redevelopment of 4444-4488 Kingsway, which is the prominent southwest corner of the intersection of Kingsway and Willingdon Avenue.

The site is currently occupied by an Esso gas station and an L-shaped surface parking lot, which was recently partially temporarily transformed into the presentation centre for the developer’s nearby developments.

Records show the developer acquired the gas station portion of the development site for $24 million in 2018. 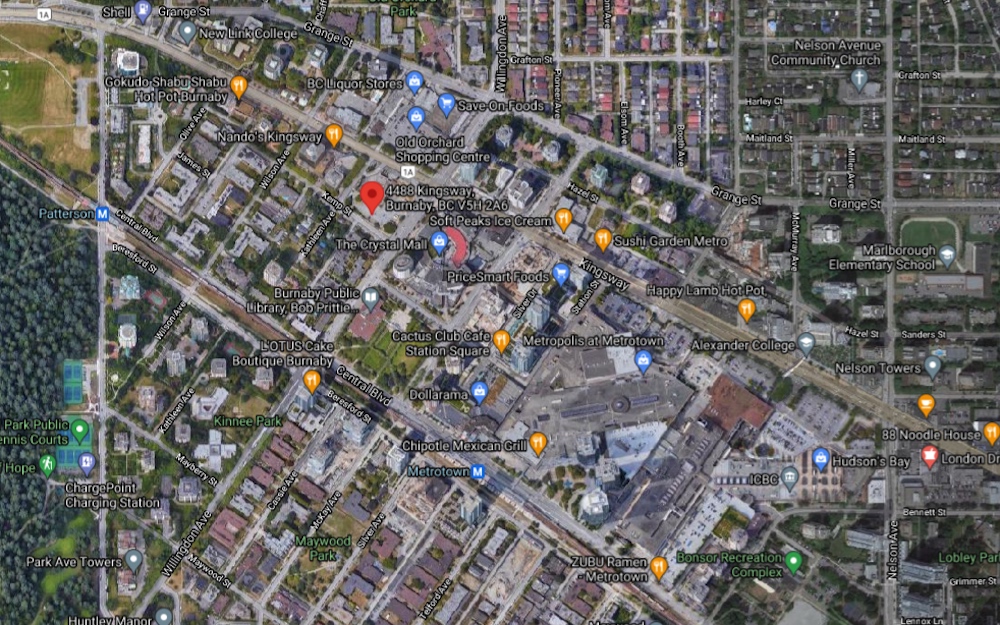 For the site at 4444-4488 Kingsway, there could be two towers, including one tower expected to be over 70 storeys.

The larger of the two towers is expected to be taller than Metro Vancouver’s current tallest tower, Living Shangri-La in downtown Vancouver, but it remains to be seen whether it will be the region’s tallest, which would require it to be taller than the growing number of super-tall buildings proposed or under construction across the region outside the city of Vancouver.

There are two super-tall projects within the Metrotown area alone; Concord Pacific is planning to build a 755-ft-tall (230 m), 65-storey tower on the portion of Metropolis at Metrotown parking lot it owns, and Anthem Properties recently submitted an application for a 692-ft-tall (211 m), 66-storey tower at 4653-4673 Kingsway — the former Cactus Club restaurant property, just northwest of the Concord site. 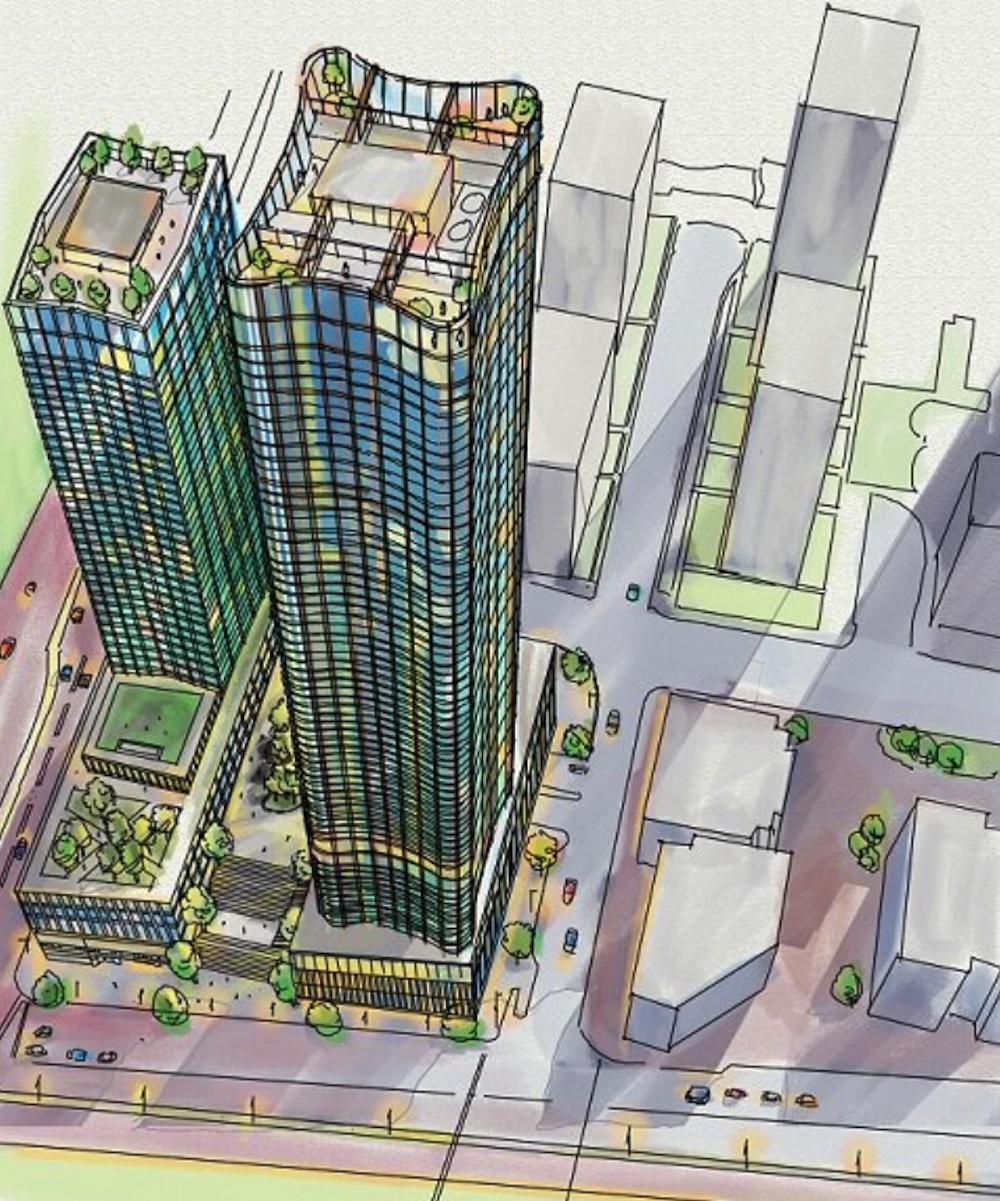 All of this would rise up from what is considered to be a highly transit-oriented site, with both east-west and north-south frequent bus routes serving the location, and the short walking distance to SkyTrain’s Metrotown and Patterson stations.

The project is expected to reach city council’s public hearing stage in 2022. More detailed information and designs will be released at a later date.

The architectural design firm is internationally renowned Gensler, which also designed Bosa’s nearby Central Park House at 5977 Wilson Street. The 462-ft-tall, 42-storey Central Park House, containing over 350 homes, is set for a completion in 2025.

The site at 4444-4488 Kingsway is immediately east of Metro Vancouver Regional District’s former headquarters, which is currently undergoing an extensive renovation into the Capital Point complex of over 200,000 sq ft of AAA strata office space. 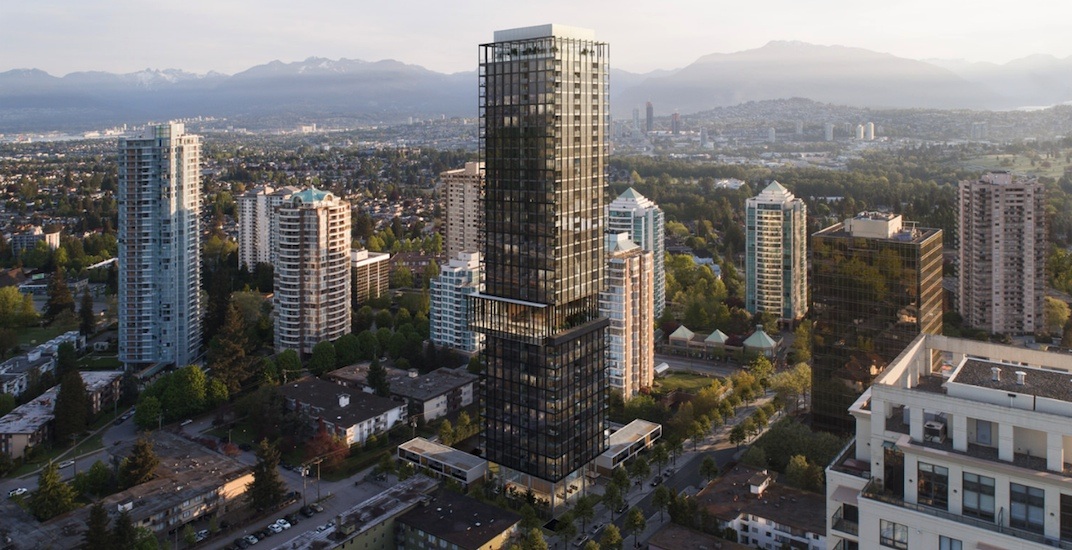 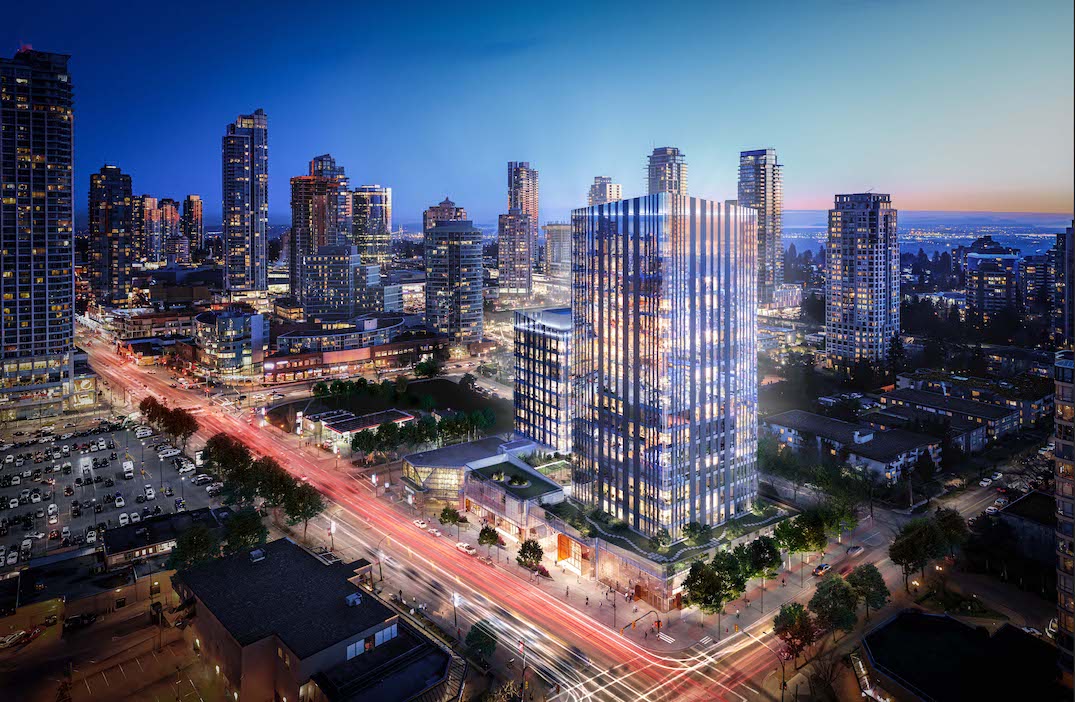