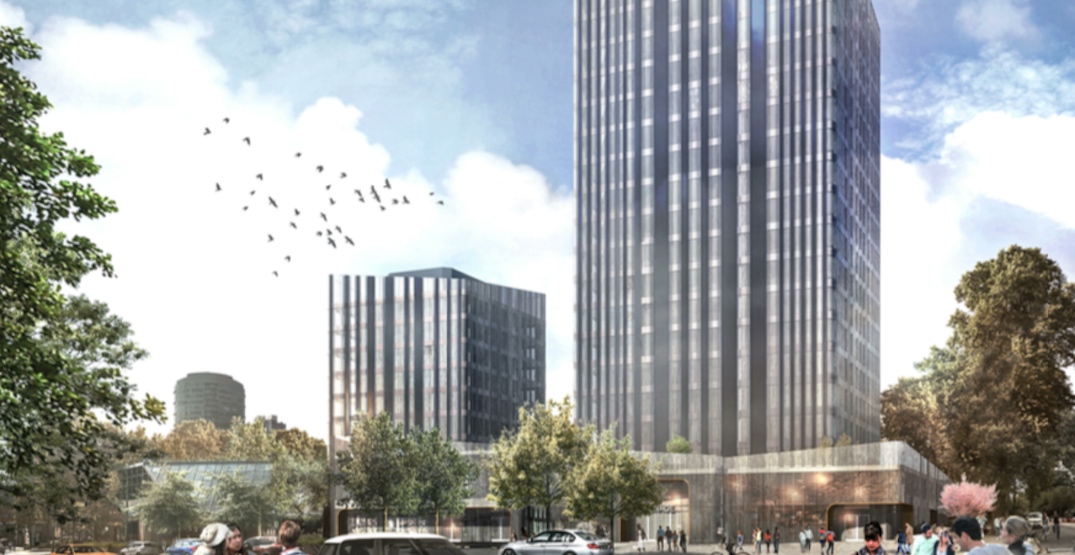 Artistic rendering of the changes to Golden Towers at 4330 Kingsway and 5945 Kathleen Avenue, Burnaby. (DIALOG)

Screo I Metrotown Inc. has submitted an application to renovate and expand 4330 Kingsway and 5945 Kathleen Avenue — the 19-storey and 10-storey office towers at the southeast corner of the intersection of Wilson Avenue and Kingsway, located within close walking distance from SkyTrain’s Patterson and Metrotown stations.

The two towers are currently separate buildings, but the proposal seeks to link them together on the ground and second levels, creating over 39,000 sq. ft. of additional floor area and improving the complex’s street presence in the process. 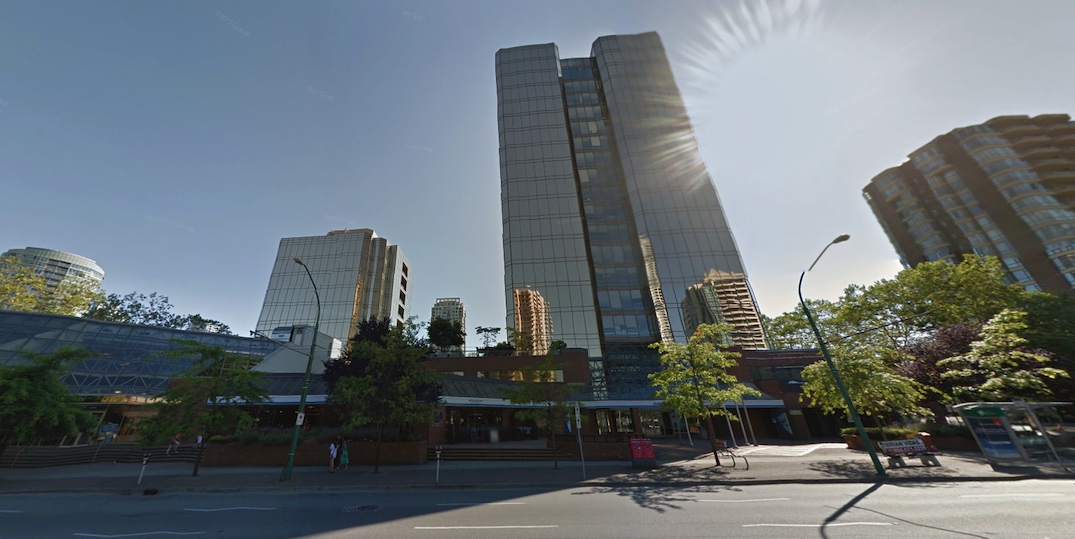 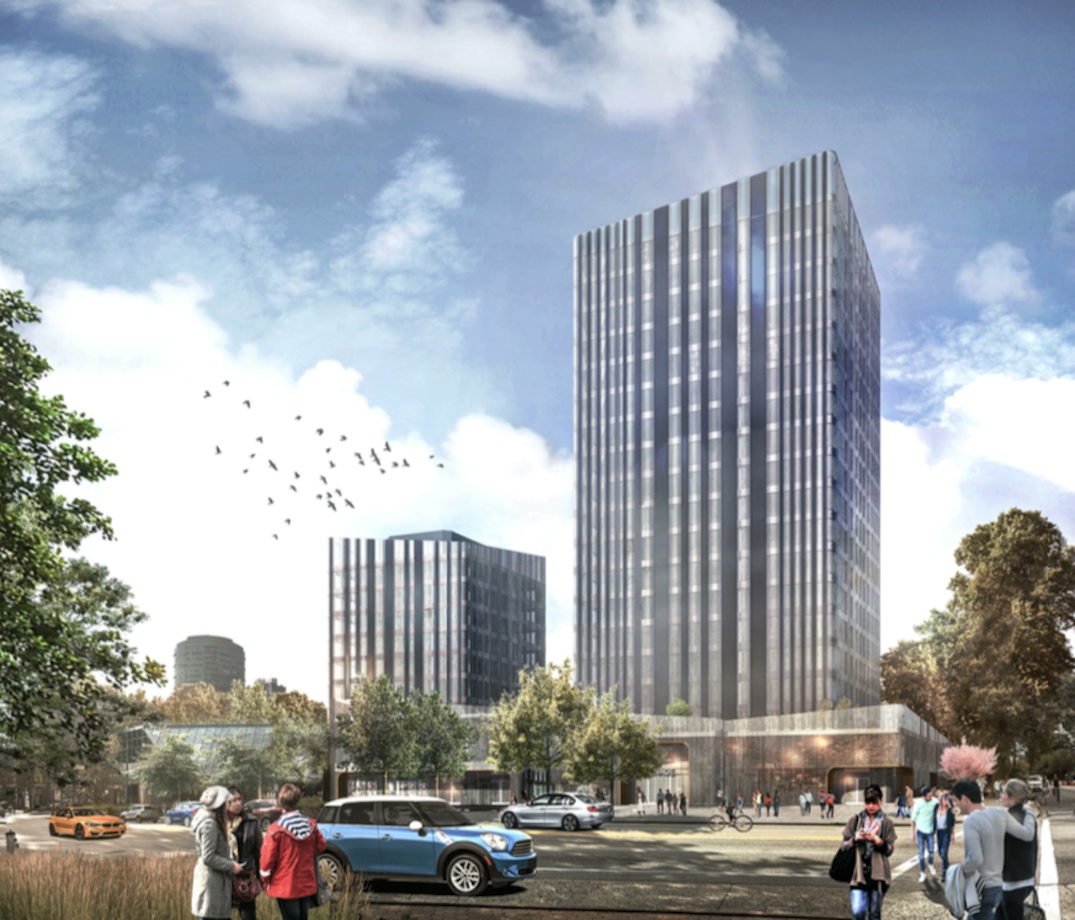 Artistic rendering of the changes to Golden Towers at 4330 Kingsway and 5945 Kathleen Avenue, Burnaby. (DIALOG)

On the rooftop of this new podium, there will be an outdoor amenity deck, clubhouse, and a fitness gym.

Additionally, both buildings will see a complete recladding that abandons the existing use of gold-tinted reflective glass. This will be replaced with clear glazing, a curtain wall, and aluminum metal panel rainscreen.

“The architectural design of the project was led by the desire to improve upon the existing relationship between these two neighbouring towers and to upgrade the envelope to meet current energy performance standards,” reads the design rationale by architectural firm DIALOG.

“The desire to create a classic, timeless, minimal, and sophisticated design and the interior connection that was formed between the towers established a clear vision for the exterior of the building. Unifying the buildings through a singular dominant move became the overarching guiding principal for both the project’s interior design and exterior design.” 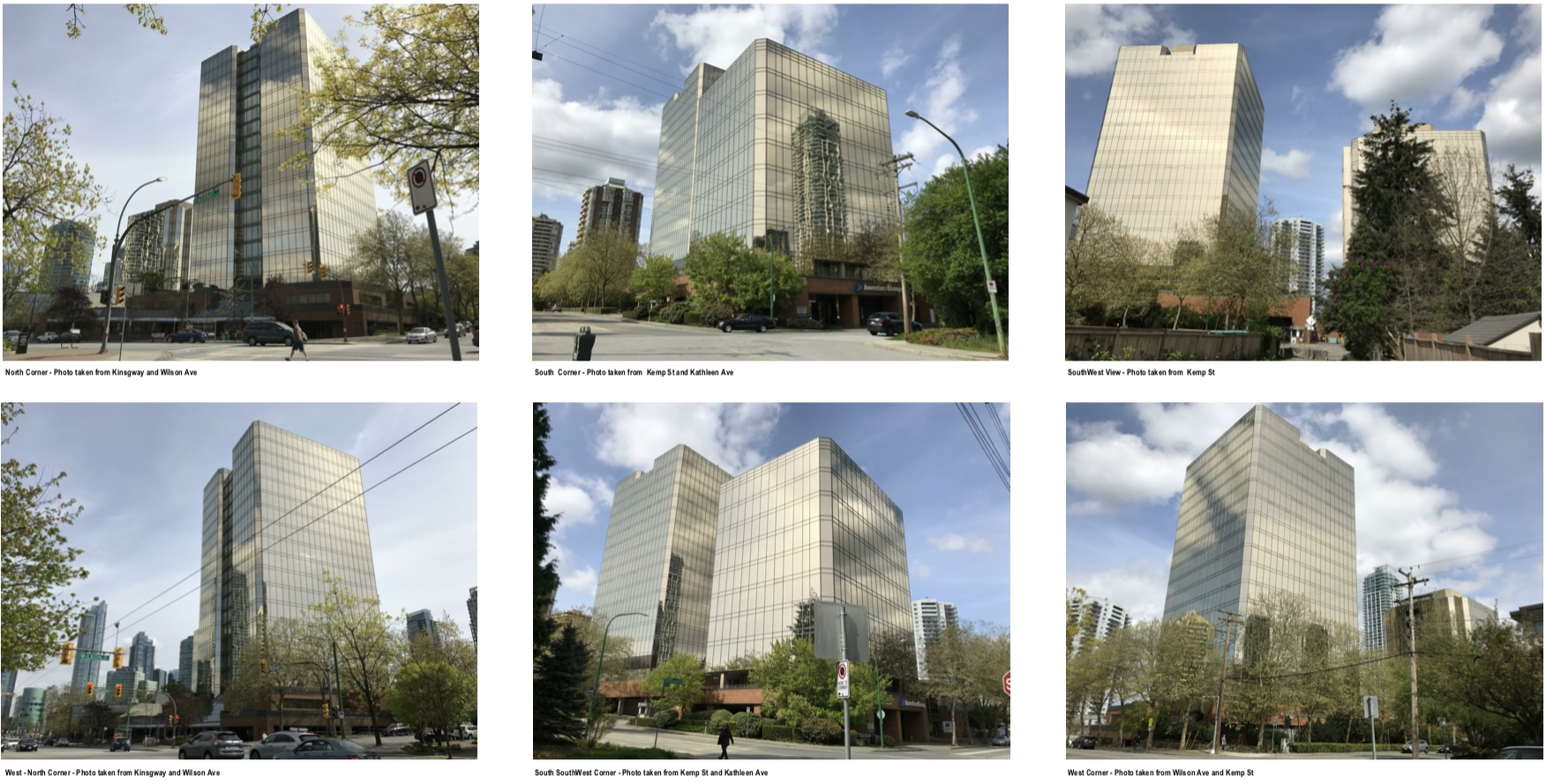 These improvements and new amenities are intended to elevate the aging towers into a Class AAA office complex. Property owners of older office buildings across the region are increasingly making improvements to their facilities in order to better compete with the surge in new office supply.

However, the RBC portion of the complex at the northeast corner of the property is not eyed for improvement.

The complex’s total floor area will increase from 287,516 sq. ft. to 326,745 sq. ft., undergoing a conversion into strata office. To accommodate the changes and latest policies, the vehicle parking capacity will decrease from 454 stalls to 421 stalls. 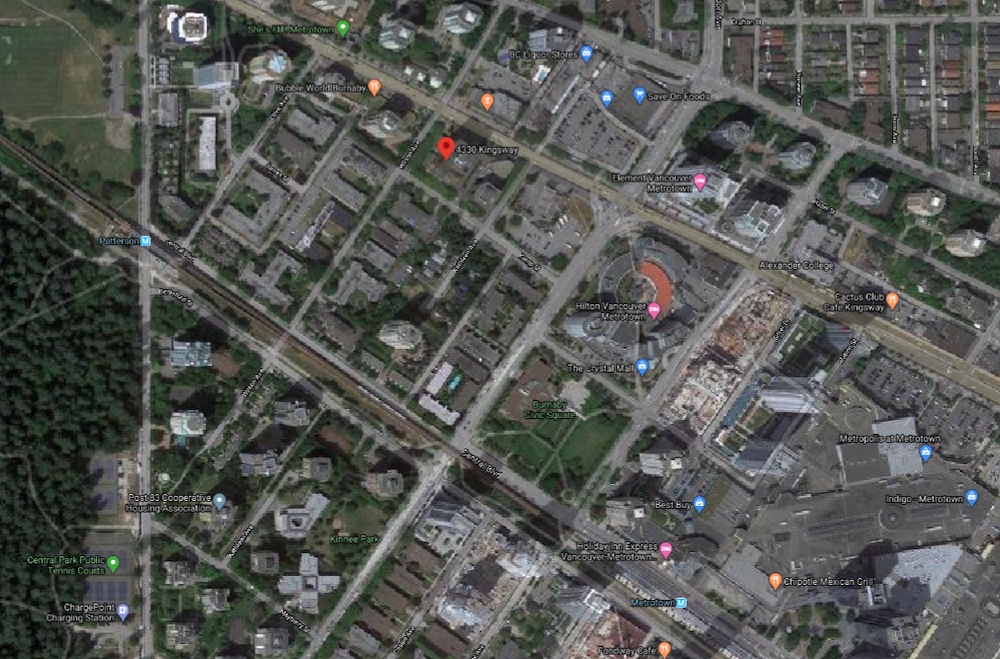 For over three decades, Metro Vancouver Regional District was the primary tenant of this 1980s-built office complex, until 2017 when it relocated its headquarters to the newly-built Metrotower III, next to Metrotown Station.

The regional district acquired the 29-storey LEED Platinum office tower from Ivanhoe Cambridge for $205 million. This does not include the $35 million to outfit the new workspace, with the regional district occupying about half of the tower and leasing the remaining levels for revenue.

In comparison, the cost of renovating the Golden Towers for the regional district’s continued use was estimated at $28 million.

In November 2018, the regional district sold Golden Towers in a deal worth $86 million, which went towards offsetting the costs of acquiring Metrotower III.