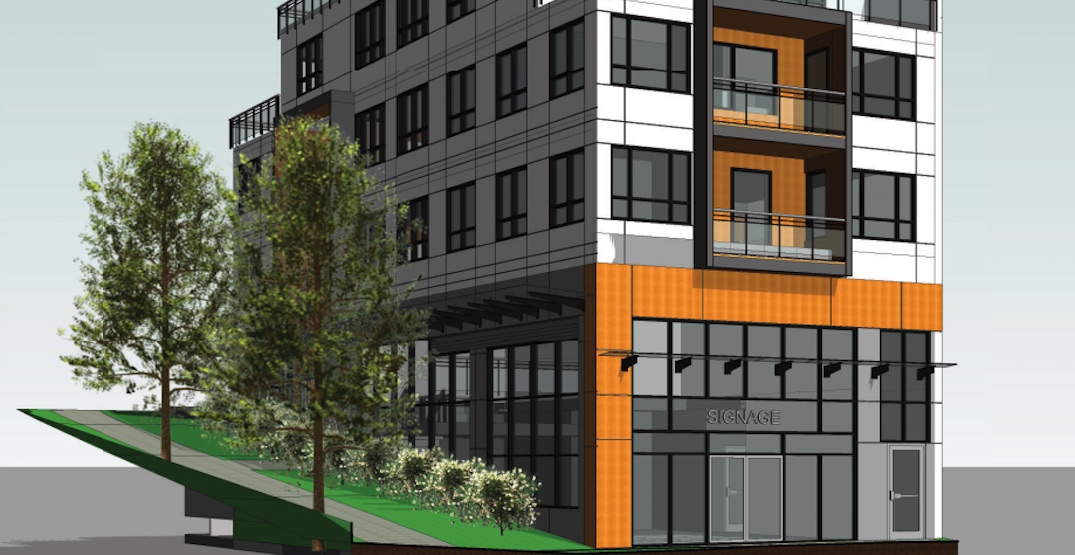 A new rezoning application outlines a concept to squeeze in a secured market rental housing building into a standard sized single lot.

The proposal is for the property at 4310 Slocan Street — the southeast corner of the intersection of East 27th Avenue and Slocan Street — which is currently occupied by a 1937-built, single-storey structure with the Li Rong Wushu and Qigong Academy.

The lot size is just 30 ft in width, and 112 ft in depth. The location is a five-minute walk from SkyTrain’s 29th Avenue Station. 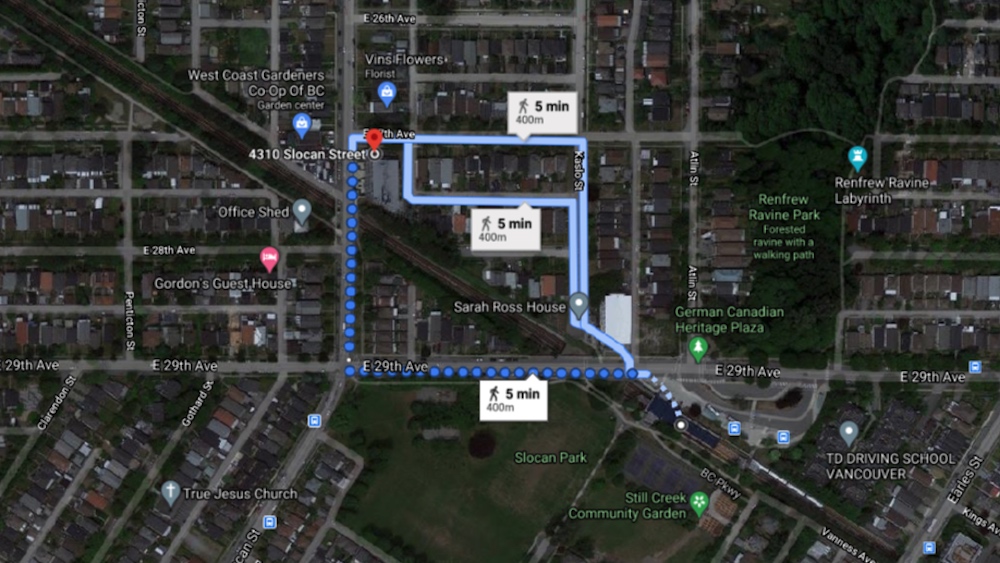 Much is accomplished in the tight footprint, with indoor amenity rooms and a rooftop outdoor amenity space provided to residents, as well as a 1,600-sq-ft retail unit on the ground level. 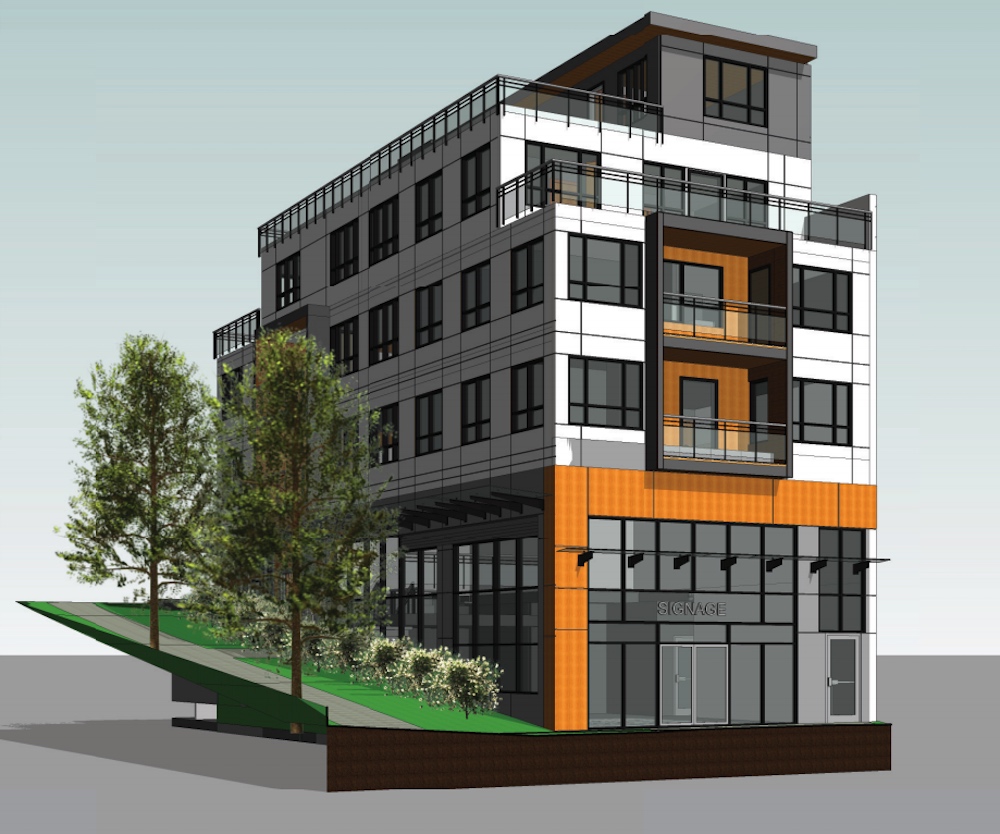 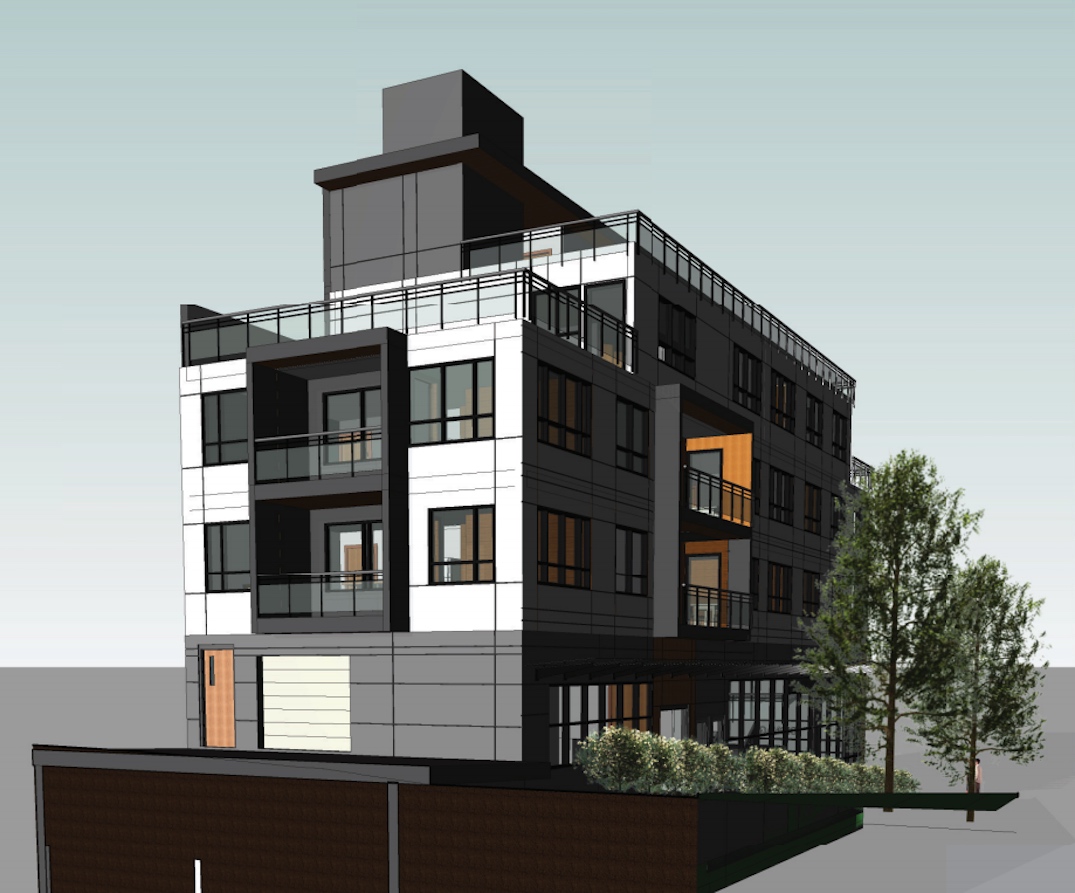 The total floor area is 9,537 sq. ft., creating a floor space ratio density of 2.77 times the size of the 3,372 sq. ft. lot. The application is being considered under the city’s Rental 100 Secured Market Rental Housing Policy.

Under the city’s upcoming Secured Rental Zoning for Low-Density Transition Areas, a proposal for such a site would be termed as an “orphaned lot.”

The new policy allowing rental housing up to six storeys along arterial roads requires proponents to have a minimum land assembly of three lots totalling 99 ft to avoid creating small orphaned properties with limited development potential. This includes leaving at least 99 ft of frontage for remaining lots next to intersection corners.