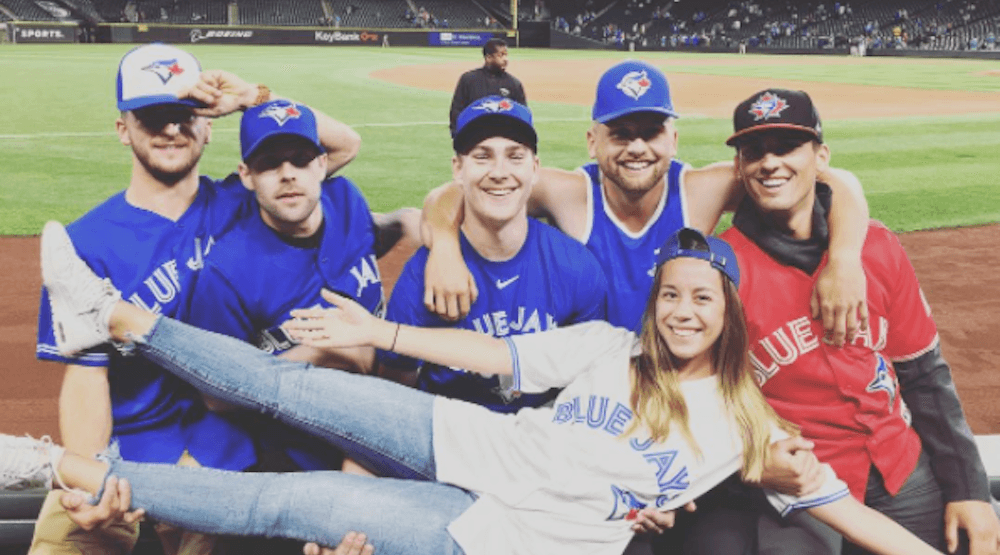 Once again, hoards of Blue Jays fans swarmed Seattle over the weekend. The Blue Jays’ annual trip to the Emerald City has become a must-see event for baseball fans in Western Canada.

Whether it was fans making the short drive from Vancouver, or elsewhere in British Columbia and Alberta, baseball fans made themselves seen and heard over the weekend.

So did the Blue Jays players, who took the series, winning 4-2 and 4-0 on Saturday and Sunday after dropping the series opener (4-2) on Friday.

With sunny weather and a weekend series, it was the perfect time for a road trip. Undeterred by long border waits, increased ticket costs, and skyrocketing hotel prices, Blue Jays fans not only outnumbered Mariners fans at Safeco Field, they were a whole lot louder.

It’s really a unique experience given that Seattle is as far away from Toronto as any city in Major League Baseball.

Home games in Seattle were amazing. Shout to the West Coast of Canada for showing love. We love it! @BlueJays

Huge lines of people dressed in blue and white waited patiently to get into the ballpark more than two hours before game time, as fans waited for a glimpse of their favourite players during warmup. Once the game started, Blue Jays fans represented approximately 60 to 70% of the stadium.

That was evident right from the get-go, as fans sang O Canada with great enthusiasm prior to the game.

Blue Jays fans took over the ballpark, as well as nearby bars and restaurants. For one weekend, Seattle was a Jays town.

I got a ball from Blue Jays first baseman Justin Smoak! Great Time at the Blue Jays vs Mariners!

Ya, I came all the way from Korea just to see you⚾️ #bluejays #stroman #marcusstroman Trying to be cool with him but I was extremely nervous😂💙

All blue everything. #GoJaysGo ⚾️💙

There must a #Mariners fan in there somewhere….? #bluejays #jaysnation #safecofield

Jesus. The notorious just please us with your lyrical thesis. Can we get in now? #bluejays #mariners #safecofield

🎶Take me out to the ball game🎶 #gojaysgo 🍻⚾️

Last time I went to a Blue Jays game was with my dad in 1992 and I still have the ticket! Go Blue Jays! #bluejays #safecofield

saturday’s are for the boys ⚾️ #Seattle

Enjoying my birthday at the game today! Thank you for all the birthday wishes! #playball #gojays #birthdaygirl