A trio of earthquakes hit British Columbia’s coast during the early morning hours of Sunday morning.

According to the U.S. Geological Survey, the earthquakes occurred within the same vicinity as Saturday’s shallow 4.3 and 5.1 magnitude events. All five earthquakes happened within a 40 kilometre radius from each other near the fault line of where the Juan de Fuca plate begins to meet the North American tetonic plate, about 200 kilometres southwest of Bella Bella.

No damage or injuries were reported as the moderate events were far away from the coast. 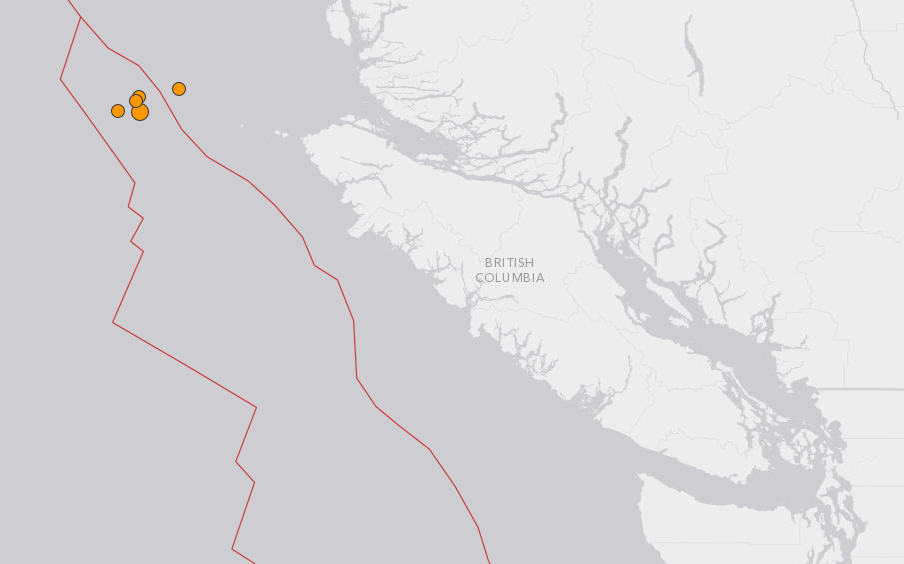