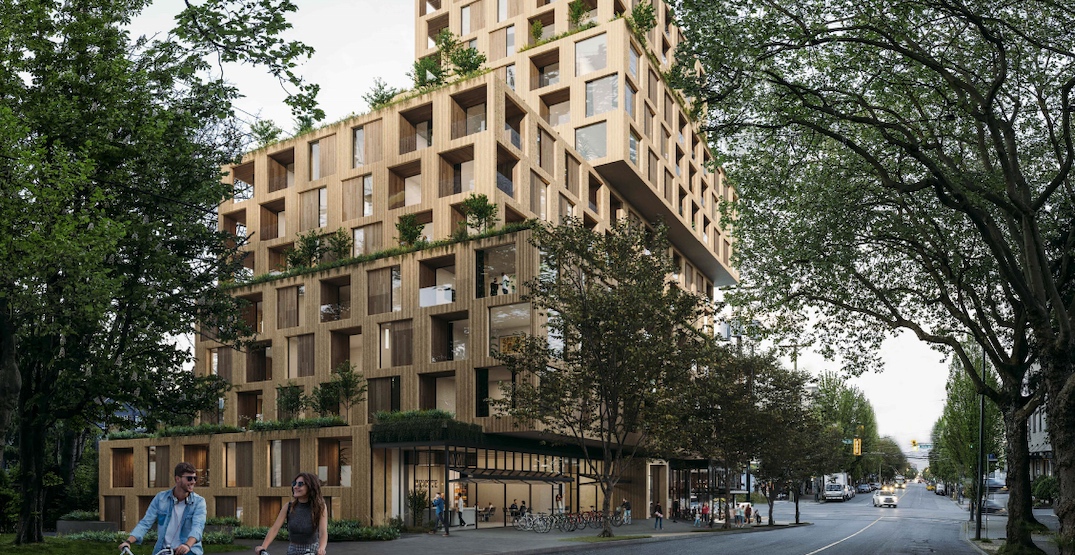 A proposed redevelopment at the easternmost edge of the West Point Grey neighbourhood offers density and height that acknowledges the area’s future transit hub, the densification that can be expected on the nearby Jericho Lands, and the city’s worsening housing affordability and supply issues.

Vancouver City Council’s public hearing for a new 173-ft-tall, 14-storey tower at 3701-3743 West Broadway — the northwest corner of the intersection of Alma Street and West Broadway, replacing a single-storey retail building — is scheduled for Tuesday evening.

The intersection is a potential future station location for the eventual SkyTrain extension between Arbutus and UBC. Until that is realized, the location is served by the 99 B-Line’s Alma stop and several other bus routes.

The ground level will contain 10,400 sq. ft. of restaurant and retail space, activating the building’s edges with West Broadway and Alma Street. 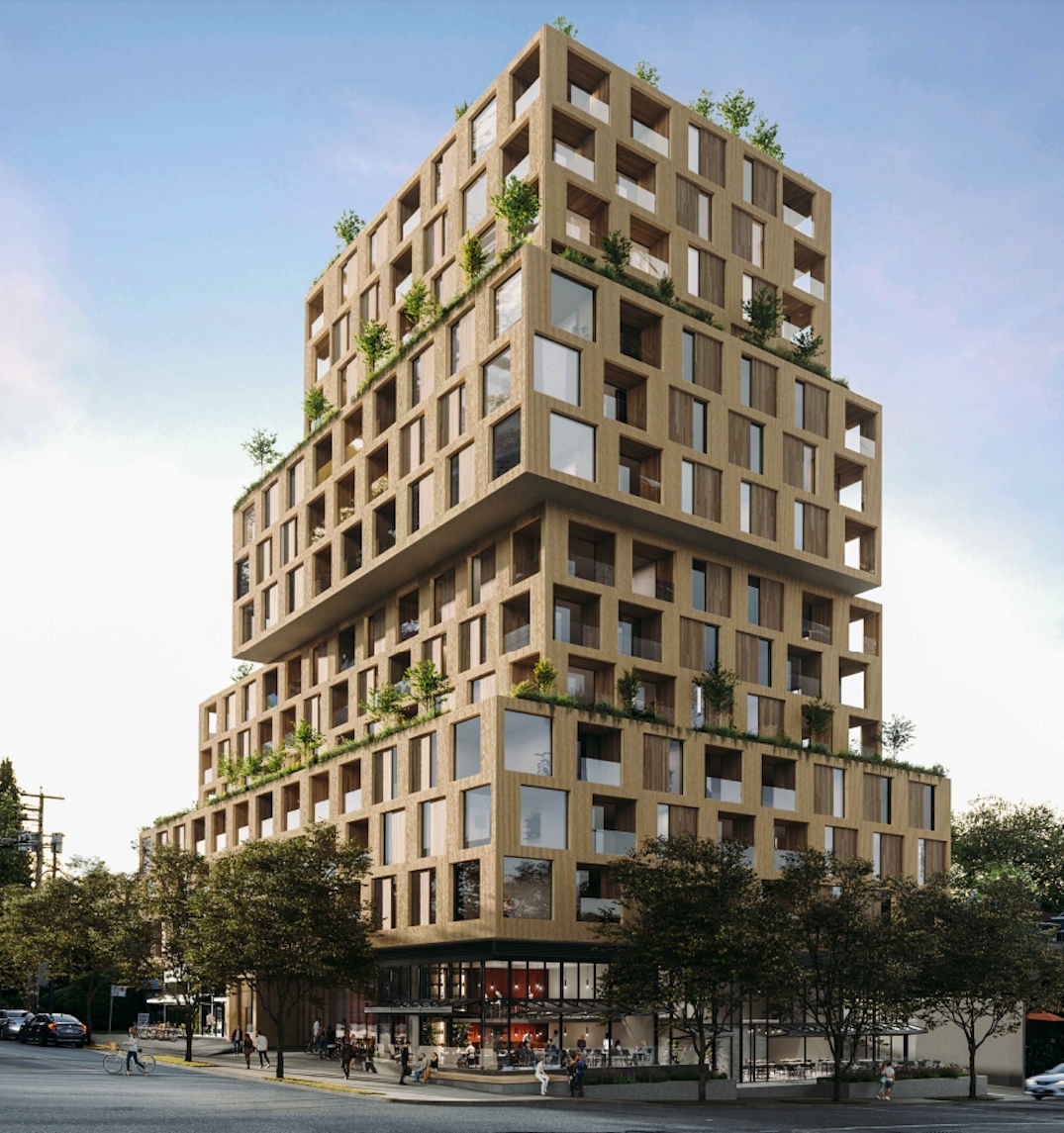 The architectural concept by Leckie Studio Architecture + Design carries a stacked design, with terraces that provide a transition to the single-family neighbourhood to the west. Townhouses on the ground level of the western side of the building also provide a buffer to the adjacent houses.

The concept’s original rezoning application in 2019 called for the use of phenolic resin panels on the exterior facade to create a brownish-red appearance, but a revision in May 2020 replaced this form with a system of wooden panels, punctuated by larger windows, to create a more natural look. This concept replaced a cancelled 2017 rezoning application that called for a six-storey building with 94 market rental homes. 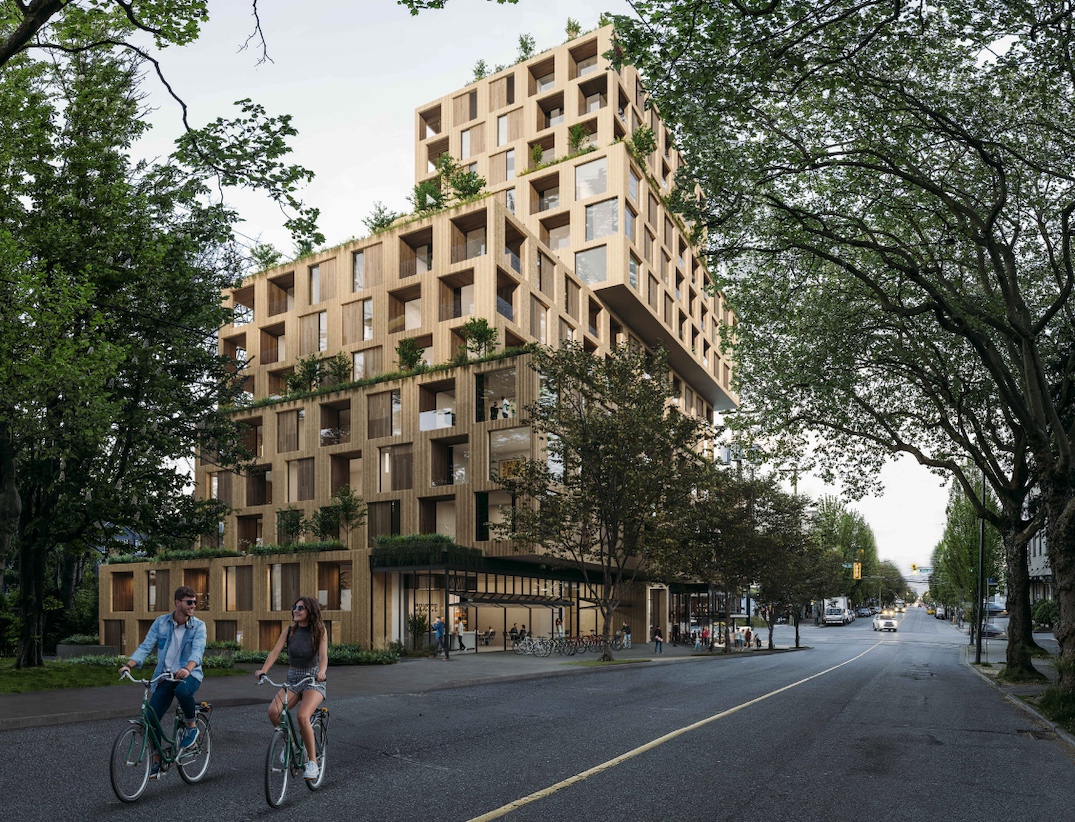 Due to its location at a transit-oriented site, two underground levels will contain just 51 vehicle parking stalls, plus 297 bike parking spaces.

Ahead of the public hearing, written responses to the city in support of the project asserted the need for more affordable housing, especially in Vancouver’s Westside, and the appropriate height, density, and massing for a building on arterial roads and next to current and future transit services. The added population would also help revitalize the businesses in the area’s retail villages.

Although Vancouver’s rental housing marking has improved in recent months, this is certain to be temporary, with the region’s difficult housing fundamentals expected to return when COVID-19 and health restrictions come to an end. When in-class instruction at UBC resumes, prompting international and out-of-province domestic students to return, the Vancouver Westside’s rental housing market will cycle back to its pre-pandemic condition.

“High quality, newly built rentals are rare in the area and as a former UBC student I remember the struggle of my peers to find suitable off campus housing. Some other residents believe that the parking spaces will not be enough but the majority of renters will most likely rely on transit such as the 99 bus on Broadway,” wrote Joanna Lee.

“I think that a new development and more density will help revitalize the neighbourhood. My family moved to Kitsilano in 2003 and we’ve watched the high streets on Broadway/West 10th decline. Foot traffic has gone down and small businesses closing because there’s a lack of workers and consumers as people move away. Instead of young families like it was when we first moved here, the remaining neighbours are mostly elderly and live alone. A younger demographic of renters will create a more balanced and diverse neighbourhood, increasing community offerings/engagement.” 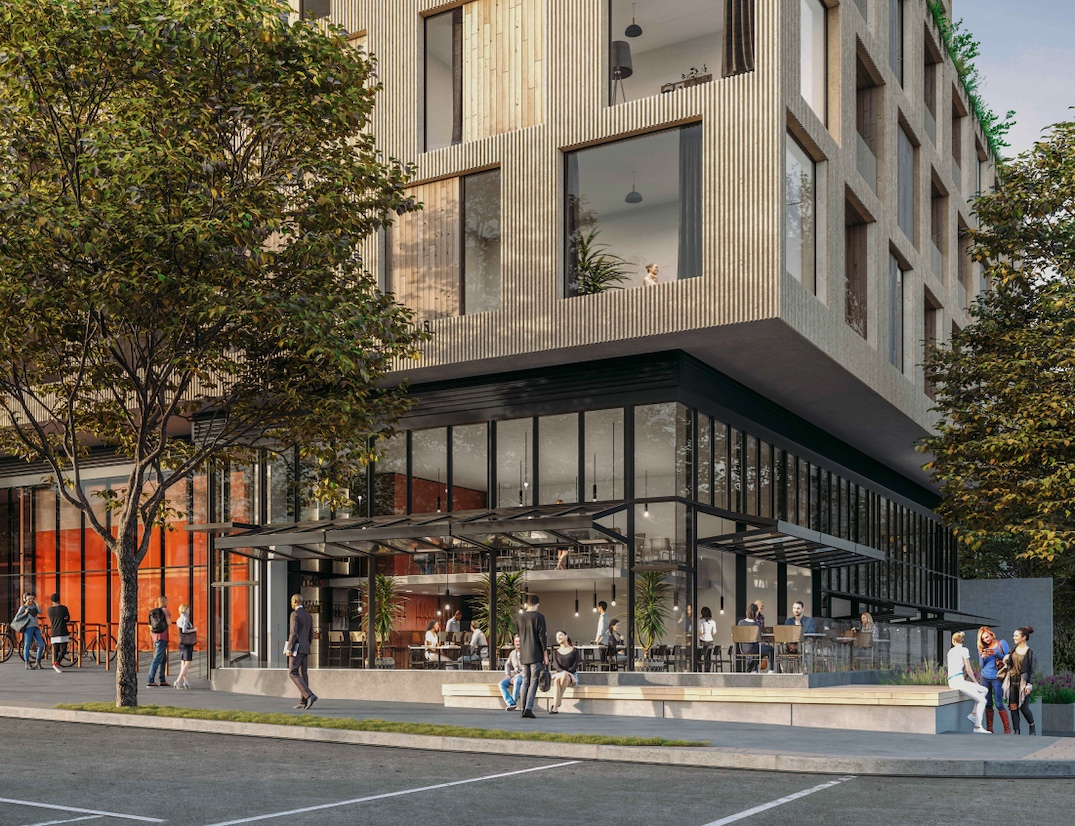 Those opposed to the proposal brought up concerns of building design and compatibility with the neighbourhood character, as well as excessive height and the potential it could set a precedent in the area — even though there is already a 12-storey building two blocks to the north.

Some opponents also took issue with the smaller sizes of some of the units, but this is comparable to what is provided in dedicated student housing.

“The size and ridiculous height of this poorly designed structure will be nothing but an eyesore in our neighbourhood. The community is not against densifying, but please be reasonable. Six to eight storeys is the maximum we would like. And the developer needs to do something to make the design fit into the surrounding neighbourhood. Leave the towers downtown,” wrote David Ferman.

Jinhzhou Si, another area resident, also wrote: “We strongly oppose. The new buildings will block our house city view and ocean view. Our house valuation will decrease a lot without good view. If the government or company can give us satisfied compensation for blocking the view, our neighbour and I can discuss it.”

If approved by city council, the developer will provide the municipal government with $3.14 million in development and utilities cost levies, and a $213,000 public art contribution. No community amenity contribution is required in exchange for the moderate income rental units.