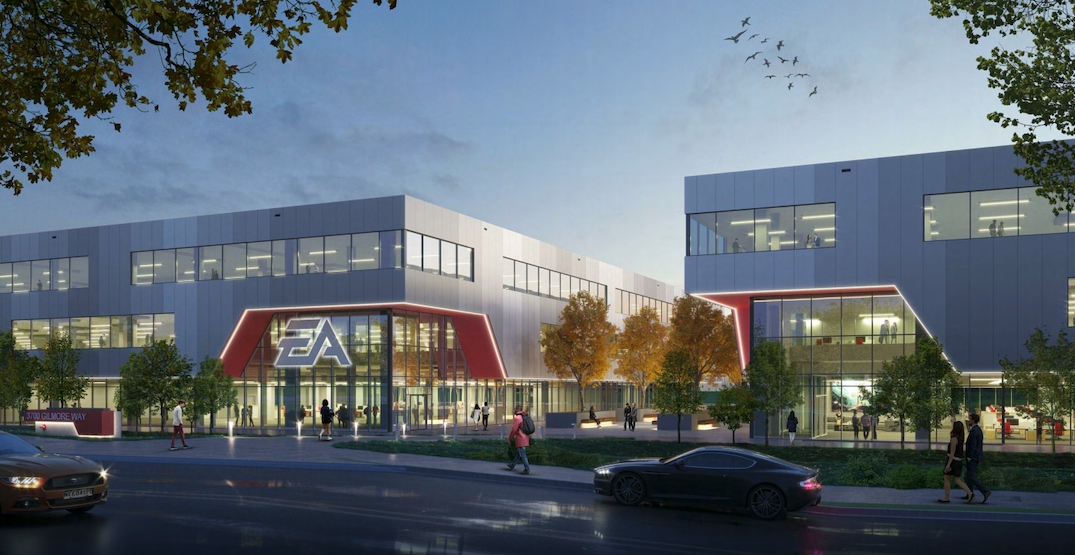 Global gaming giant Electronic Arts (EA) is planning a massive expansion of its campus in Burnaby, effectively increasing its floor area by about 66%.

The company intends to redevelop a portion of a 12.6-acre property it owns at 3700 Gilmore Way — immediately north of its main 16.8-acre campus at 4330 Sanderson Way.

Designed by local architectural firm DIALOG, the ground-level parking lot and a treed parcel will be developed into a pair of three- to five-storey buildings. While the additions will appear as three-storey structures from Sanderson Way, the site’s slope creates the appearance of five-storey structures when viewed from the north.

Site (on the left) of the EA Burnaby campus expansion at 3700 Gilmore Way, Burnaby. (Google Maps) 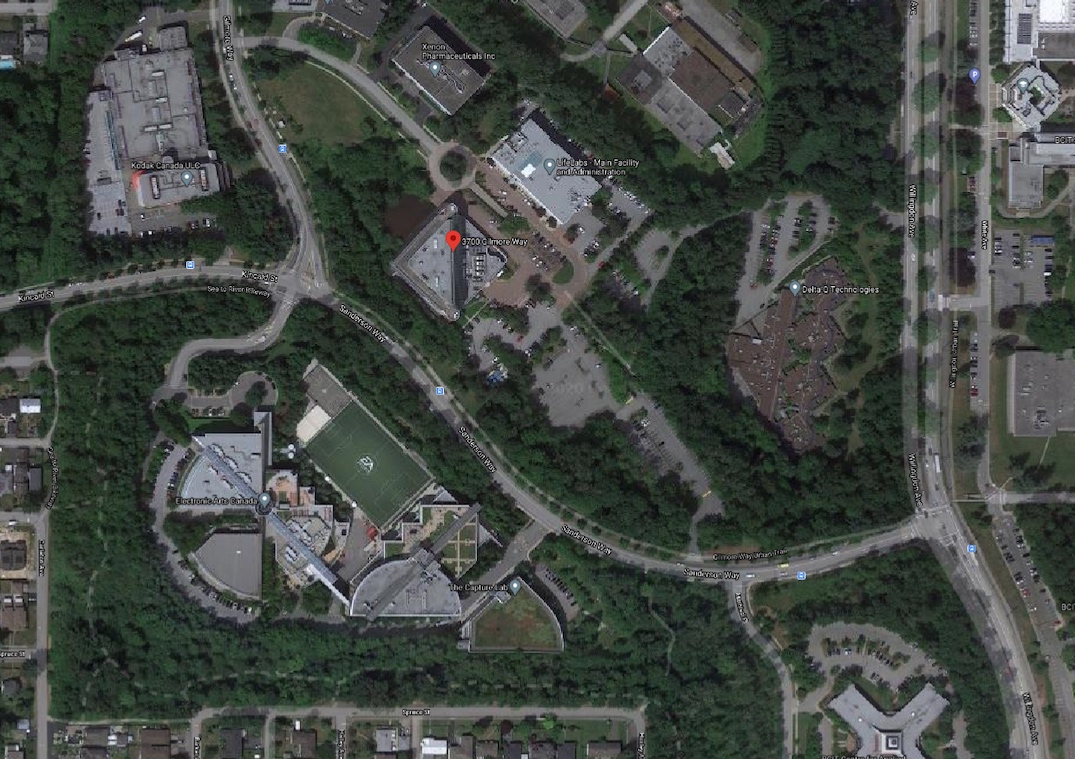 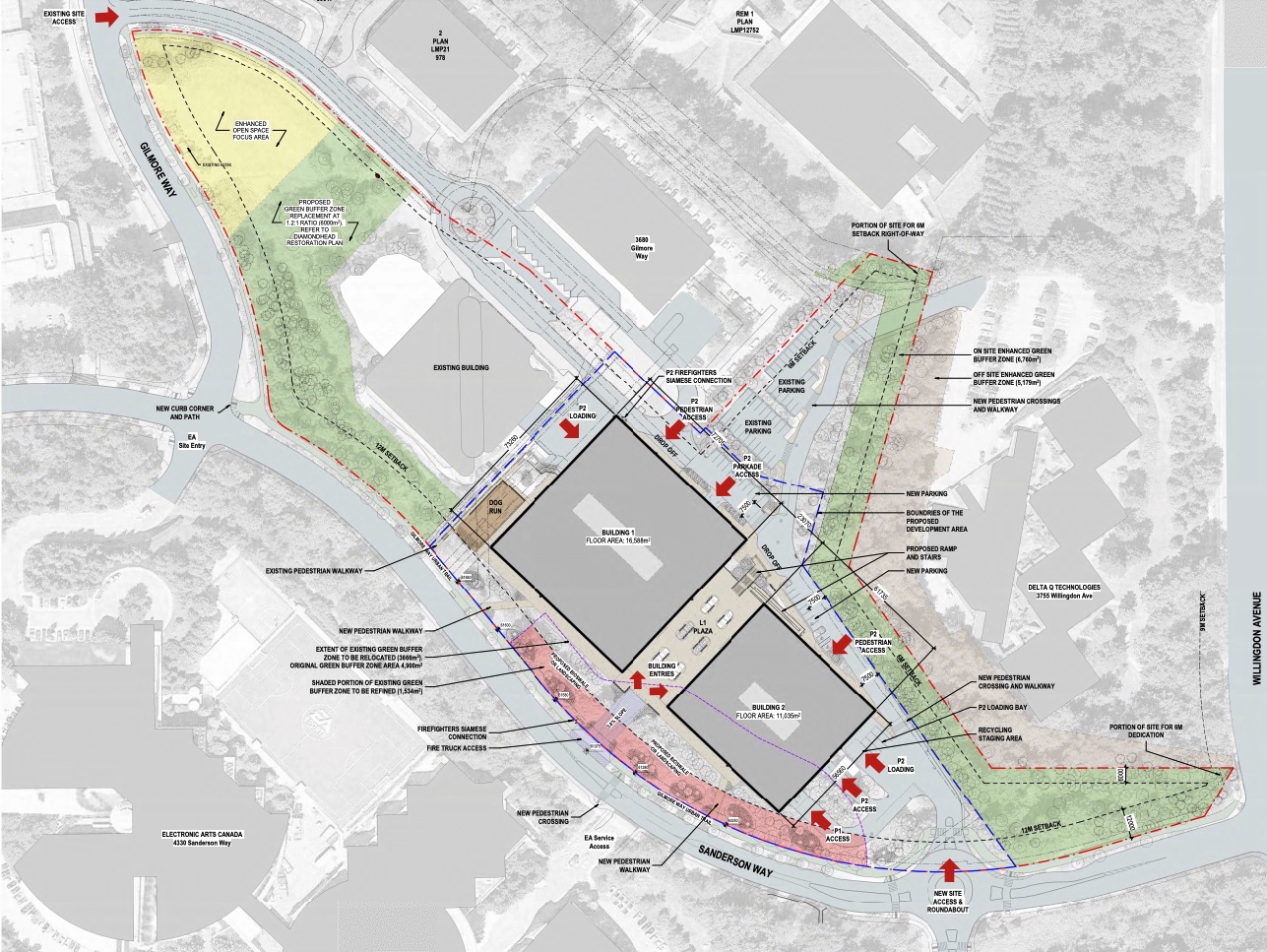 An existing four-storey office building with a floor area of 111,999 sq. ft., currently tenanted by Schneider Electric, will be retained.

A central plaza between the pair of new buildings will define a new main entrance to the site from Sanderson Way, and establish an improved public realm for pedestrian connections within the site and to the main campus across the street.

EA previously had a studio space in the top four levels of the Pricewaterhouse Coopers office building near Canada Place, until 2009 when it amalgamated this space into the Burnaby campus.

Built in 1998, the main campus in Burnaby spans about 450,000-sq-ft of floor area and employs about 1,300 people. The state-of-the-art game development facility includes the world’s largest motion capture studio, and ample worker amenities such as coffee bars, restaurants, fitness gym, and a full-size soccer field.

The new buildings would increase the overall size of the Burnaby campus to about 750,000 sq. ft., not including the existing building leased to another company.