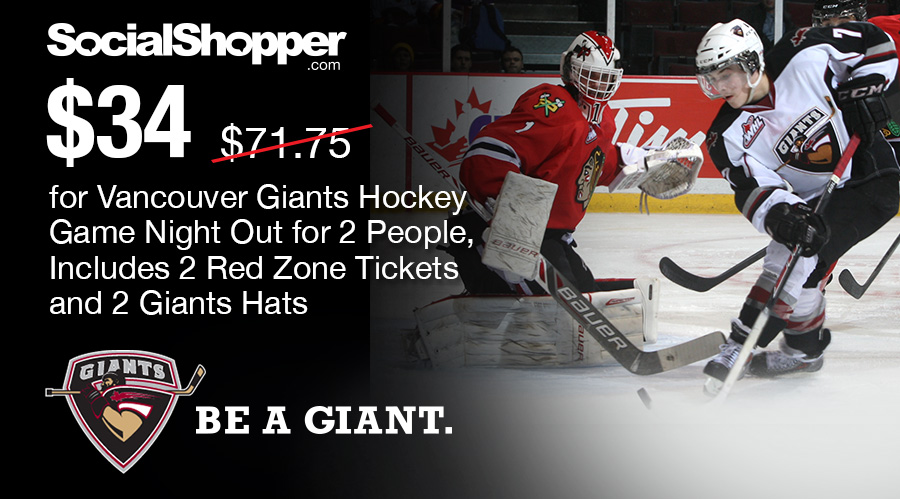 Evidently it’s September – how did this happen? It feels like summer is slipping away from us, but that doesn’t mean the fun is over. It may be back to the grind but as we transition between seasons, we have so much to look forward to: pumpkin spiced lattes, costume parties and, of course, hockey!

As Vancouverites we can argue numerous things, but there is no argument when it comes to our love for hockey. Enter the Vancouver Giants: the gentlemen with skill, perseverance and a name fit for men. Watch NHL prospects as the Giants begin their 14th season with a flurry of fast-paced matches as they fight their way back to the Memorial Cup.

Be sure to get your Vancouver Giants Hockey tickets at this exclusive price now!