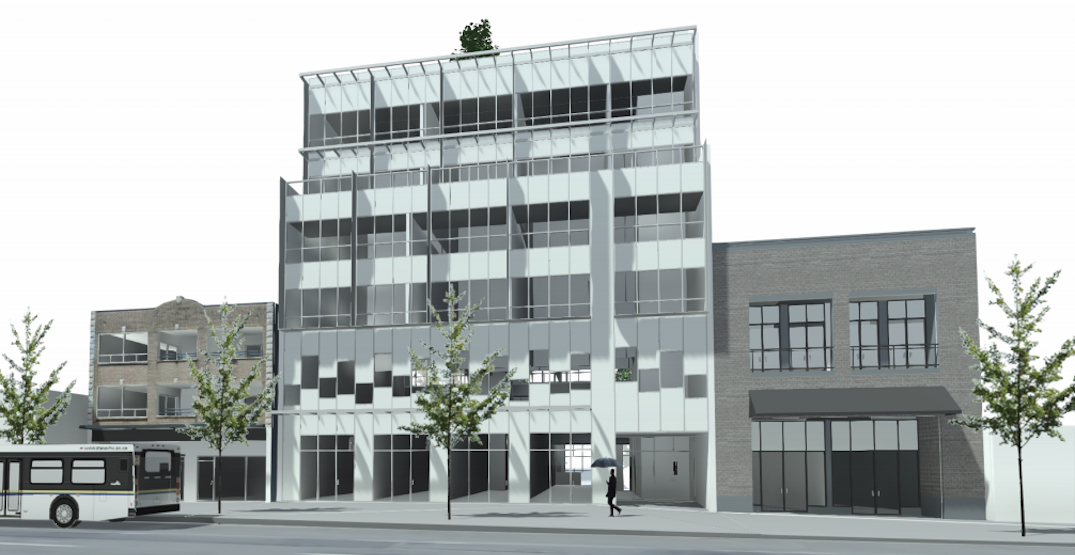 A new 78-ft-tall, six-storey commercial building could be coming to a mid-block site in the core of Vancouver’s Cambie Village retail strip.

Radiant City Architecture has submitted a rezoning application for 3353 Cambie Street — on the west side of Cambie Street, between West 17th Avenue and West 18th Avenue. 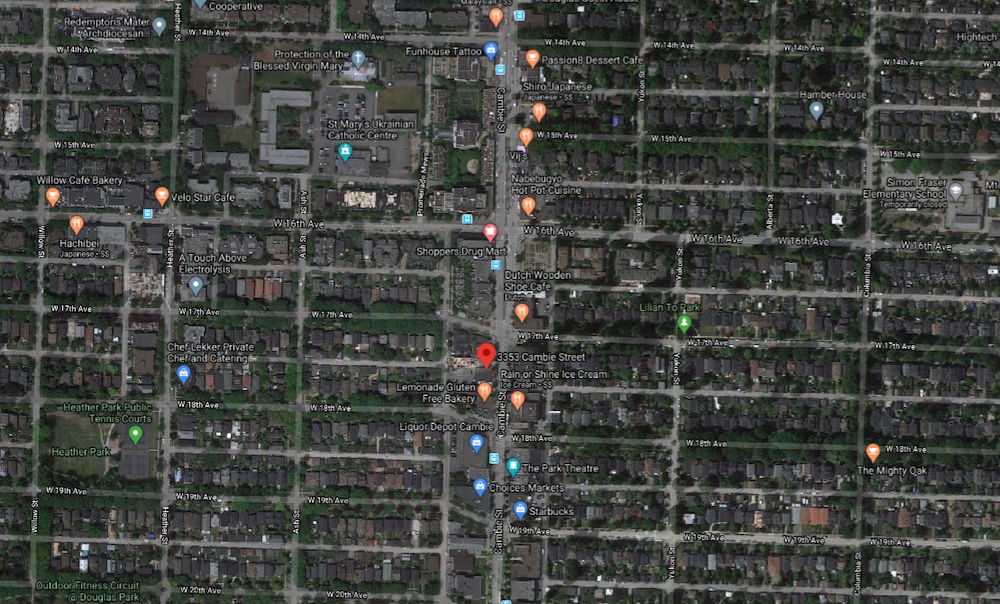 Over 16,000 sq ft of office space is proposed for the second to sixth levels.

A 4,400-sq-ft childcare facility with a capacity for 24 children is slated for the second level, including an outdoor play space facing Tupper Street, the laneway.

On the ground level, there will be 7,000 sq ft of restaurant, retail, and office common area space. 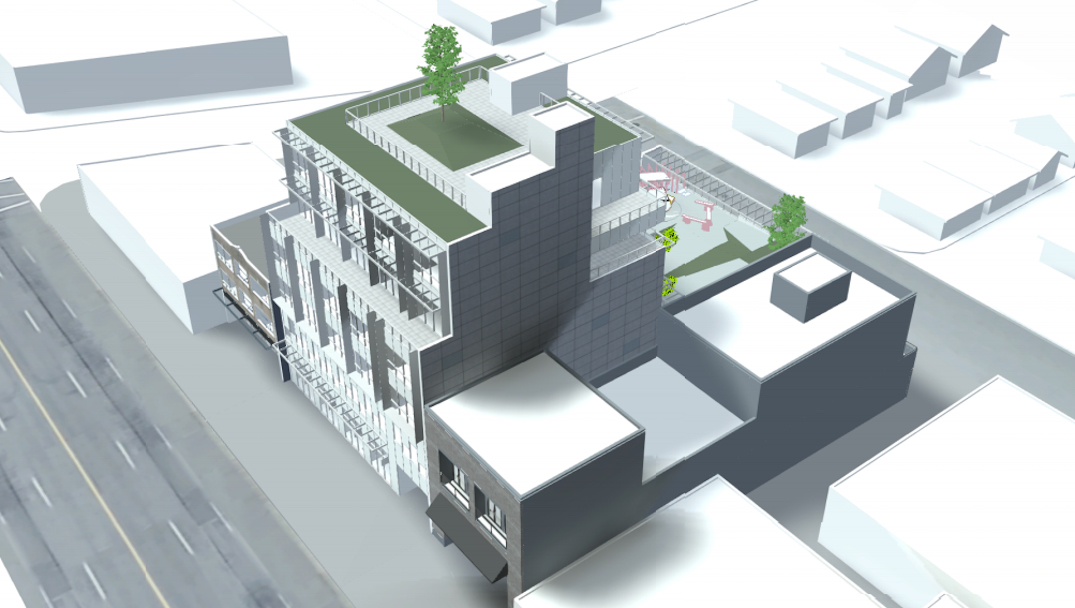 “The ground-level retail will maintain the small scale cadence of historical Cambie Street texture. The child care level provides a playful window pattern that provides for views at the level of a small child, while denying some of those views to adults. The office level will project more of a refined commercial aesthetic,” reads the design rationale.

“The integration of shading devices on the east and west facades will further articulate the elevational texture. The development is aligned with the built form guidelines of the Cambie Corridor Plan.” 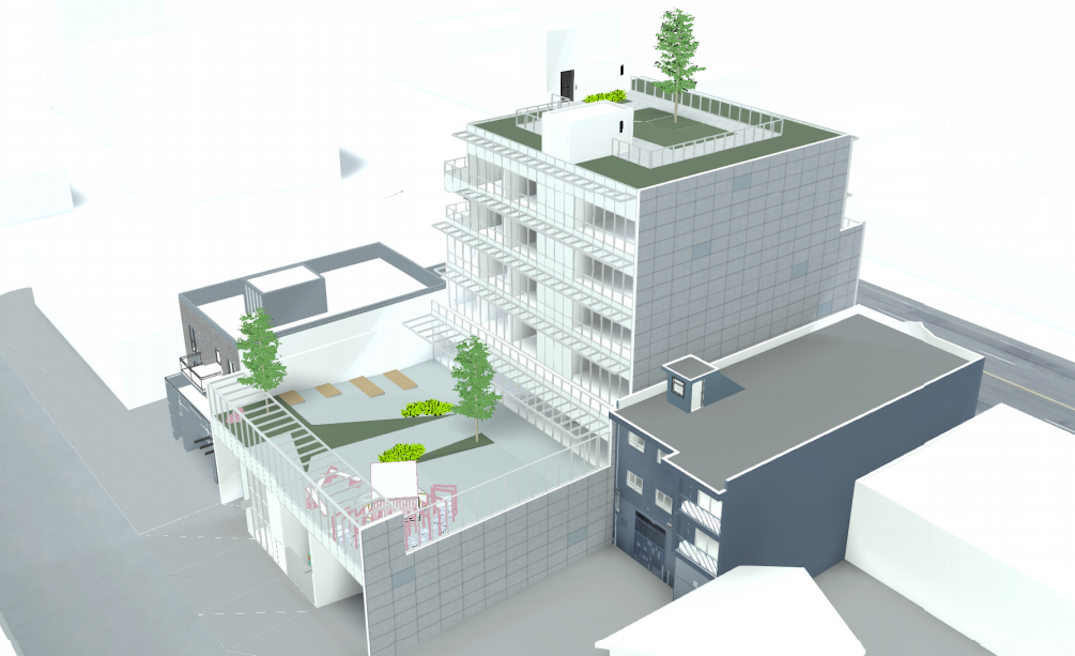 Both the childcare entrance and underground parkade are accessible from the laneway.

The proposed total floor area is approximately 28,000 sq ft, giving the project a floor space ratio density of three times the size of its 9,380-sq-ft lot.