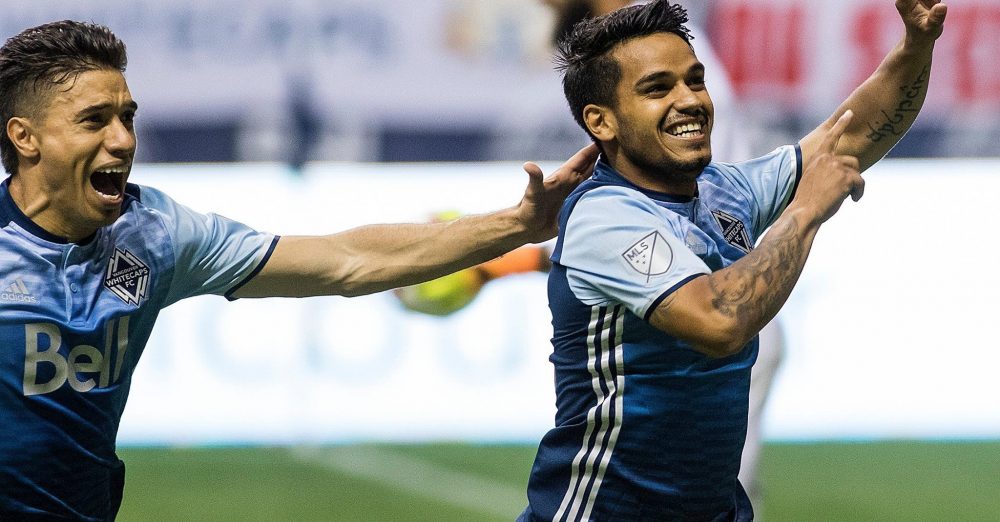 The Vancouver Whitecaps defeated Real Salt Lake 2-0, on a sunny Wednesday evening at BC Place.

This team that has had so much trouble preventing goals this season, got their first clean sheet in MLS since April 23 against FC Dallas. The Whitecaps foregoed their customary late-game collapse on this evening, but not before a Yura Movsisyan crossbar late to give ‘Caps fans some nasty flashbacks.

Before a sellout crowd (more on that in a moment), the Blue and White looked unspectacular, yet good enough to beat a good Real Salt Lake team to earn an important three points in the ultra-competitive Western Conference standings.

David Ousted had to be alert early, making a save in tight in the 15th minute.

A Matias Laba cross to Masato Kudo in the box in the 34th minute forced RSL defender Justen Glad into an own goal. Three minutes later, a strike from Cristian Techera from well out gave the Whitecaps the insurance marker they needed.

“It was important to close it out today, to get a clean sheet,” Ousted said. “I’d say it’s still a work in progress, I still feel like we can do stuff better, but today was a step in the right direction.”

Looking forward to singing 3 anthems tonight. 1 for @GastownGP and 2 for @WhitecapsFC. I won't be changing lyrics 🙂 #GoCaps #BCSuperWeek

Masato Kudo returned to the lineup tonight, playing his first match since May 11th, when he fractured his jaw when he collided with Chicago Fire goalkeeper Matt Lampson.

Kudo, who was wearing a mouthguard to prevent a similar injury from reoccurring, has a great chance to stake his claim as the top striker on the club. That is, if Esqueda doesn’t claim it first.

“His movement is excellent, I say this all the time, his finishing in training on a daily basis is as good as we’ve got in the club,” said Robinson. “I was sad for him today because two minutes before I took him off he a chance that probably exemplifies what he’s about.”

“He finishes that 99 times out of 100,” Robinson added, pointing to fatigue as the reason Kudo didn’t finish his glorious chance in the second half.

Let’s talk about this Cristian Techera wonder goal for a second.

Techera, who had 7 goals in 17 starts last season, has been a disappointment offensively this year. His goal tonight was just the second of the season for the bug, in 14 starts. It’s also his second goal in two games.

Is the bug back?

“The bug that we saw last year is still here,” said Robinson. “He’s been carrying a little injury for the last four, five, six weeks which is why he hasn’t played or started many games. I haven’t shouted it from rooftops because nobody needed to know.”

And now we know.