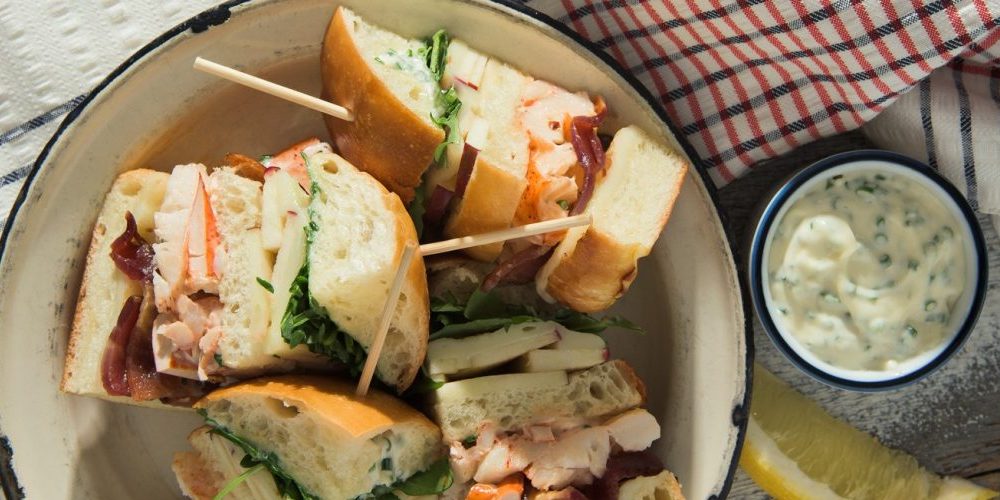 All You Need is Cheese

Even if you’re born and bred on the West Coast, there’s something about the Maritimes that’s always appealing. This is probably due to its laid-back vibes, beautiful countryside, and, of course, amazing seafood.

On Prince Edward Island, food is what they’re famous for (other than Anne of Green Gables). The province is home to world-class oysters and mussels, classic Canadian cheeses made from cow’s milk, and its iconic P.E.I. potatoes. With such rich farming and fishing in a space smaller than the GTA, chances are the lobster on your plate was on the fishing boat at the dock just a few minutes earlier.

For those of us who aren’t lucky enough to be visiting the East Coast anytime soon, there’s a way to bring a little bit of Island life into our own homes. Featuring classic Canadian flavours and ingredients, these three recipes make it easy for you to channel Prince Edward Island right in your own kitchen.

As the story goes, there was once a time in Atlantic Canada when cod was so plentiful, you could simply scoop them up in a bucket from the side of your boat. The fish has been enjoyed by Maritime communities for decades, and this recipe with a modern twist will instantly transport you to the Island’s briny shores.

Uniting all of P.E.I.’s best ingredients, this Cheddar and Cod Fish Cakes recipe celebrates a distinctly Canadian fish by pairing it with sharp, salty local cheeses and locally grown potatoes. To whip up a batch for yourself, combine mashed potatoes, Worcestershire sauce, Dijon mustard, egg, Cheddar and freshly cooked cod in a bowl. Form the mixture into cakes and add crushed cereal before frying them a large skillet. You can also swap out the Cheddar for Canadian Colby or Monteray Jack cheese, depending on your preference.

Chef Kyle Panton’s signature seafood chowder is almost as emblematic of P.E.I. as its red sand beaches and rolling green hills. Panton, who runs the kitchen at Charlottetown’s Sims Corner Steakhouse and Oyster Bar, has won the last two annual PEI Potato Seafood Chowder Championships, as well as the International Seafood Chowder Championship in 2013 and 2014. So, you know this chowder is something worth chowing down on.

Think crispy bacon, fresh fish and scallops right out of the harbour, and savoury mussels and clams, served in a creamy broth of local vegetables, whipping cream and milk. Topped with shavings of Glasgow Glen Farm Mild Gouda, this warm, velvety dish is perfect for dinner parties with friends or nights when the whole family comes over.

Eastern Canada’s waters are blessed with an abundance of lobster, which means you don’t have to wait for a fancy night out to enjoy this classic Canadian delicacy. Lobster mac ‘n cheese, lobster grilled cheese, lobster rolls — the possibilities are seemingly endless. One of the easiest (and tastiest!) recipes is a lobster club made with Canadian Mozzarella.

The sweet, airy flavour of the lobster pairs perfectly with this recipe’s blend of light mayonnaise and fresh chives, served on a kaiser roll. Add four slices of bacon, thinly sliced apple, baby arugula, and deliciously melty Mozzarella for an East Coast–inspired treat.

Inspired to do more Canadian cooking? Check out these tasty, timeless recipes that combine the best ingredients our country has to offer, all available at AllYouNeedIsCheese.ca.