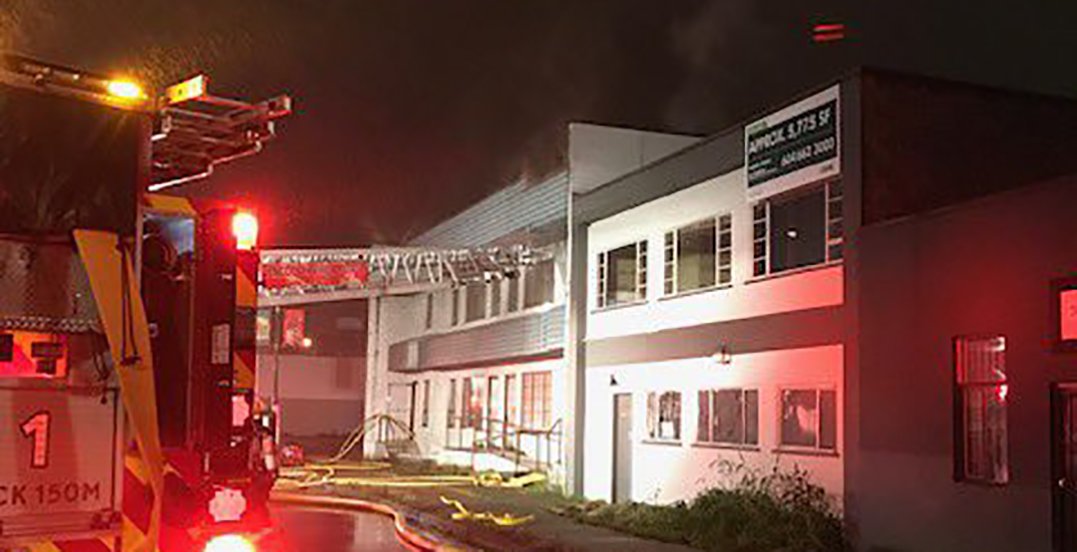 A man has passed away after a three-alarm fire broke out in Vancouver on Tuesday evening.

Vancouver Fire Rescue Services (VFRS) says that at approximately 9:45 pm, they received two reports of heavy smoke and flames on the 1600 block of Pandora Street.

Upon arrival at the scene, initial crews found an unconscious man inside the building.

Captain Jonathan Gomick, public information officer for the VFRS, says that despite the extended resuscitation efforts of firefighters, the man passed away and was declared deceased at the scene.

The fire was ultimately upgraded to a three-alarm blaze and lasted for several hours, with more than 50 firefighters and officers on scene at its peak.

“It was escalated to a third-alarm due to the size and complexity of the building, being industrial, it had a lot of machinery inside,” Gomick told Daily Hive during an interview. “There were also a number of firefighters working to resuscitate the individual.”

It was later determined that the fire was accidental in nature and began in the mechanical room.

“There was no unlawful behaviour or malicious intent,” Gomick notes. “It looks like the man was there working late. Our deepest condolences go to the family and community during the time of loss.” 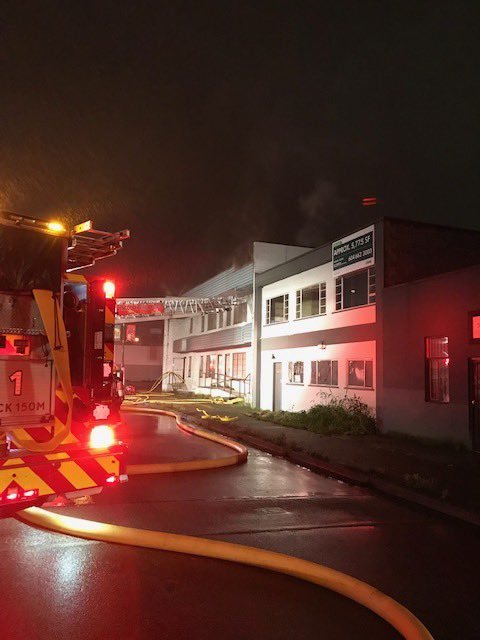