With the weekend over and round 2 of the Stanley Cup Playoffs starting, what better way to begin your week than preparing your eyes for the candy that will be displayed on TV. First of all I would just like to say that this job shouldn’t be given to me for certain reasons, A. I enjoy looking at hockey players way too much and get too much satisfaction out of this, B. It is not as enjoyable knowing that I won’t be able to add in Kevin Bieksa or give Ryan Kesler a shout-out this time around and C. I am beyond bais right now for the New York Rangers, not just there good looking men, but for them to win the cup too.

I know many all of us are still grieving over the loss of the Canucks, but seeing as I can’t add our local Vancouver eye candy into this mix, we my as well see what the remaining playoff teams have to offer. So to start these 2nd Hotties off we begin with… 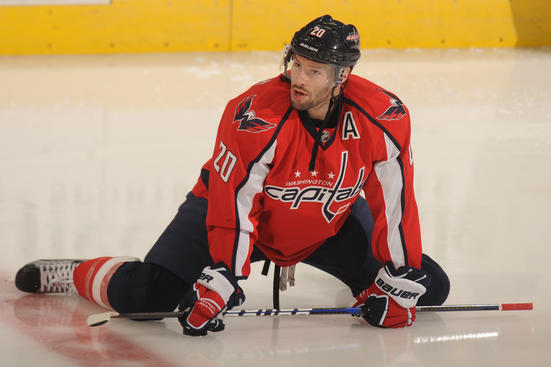 10. Troy Brouwer: Brouwer starts off our list this round. Born in Vancouver (so technically a local hottie), he now plays for the Washington Capitals. Drafted by the Chicago Blackhawks, he was assigned to there AHL team, Norfolk Admirals, where he was named to the AHL All-Rookie, and Second All-Star Team. Healso made is NHL debut that season playing 10 games with the Blackhawks. In June 2011 he was traded to the Washington Capitals first round draft. In January he recorded his first hat trick against Tampa Bay. Brouwer, you made the list because you are cute and you are a Vancouverite. 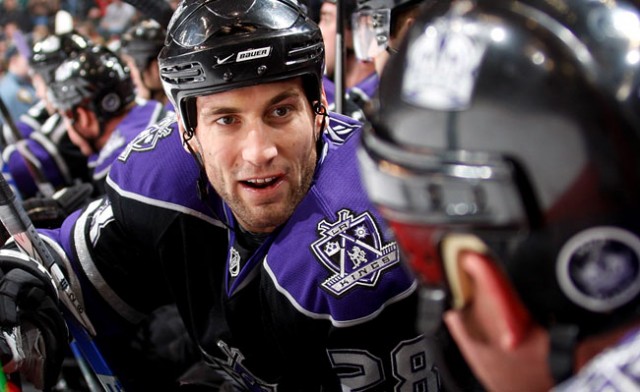 9. Jarret Stoll: Stoll, a Canadian born player now playing for the L.A, kings,=. I know I shouldn’t have put him in, but it’s slim pickings without our nucks. Before joining the Kings, Stoll played for the Edmonton Oilers and the AHL Hamilton Bulldogs, and Edmonton Roadrunners. Now for some gossip, Stoll was engaged to Rachel Hunter and was said to be married in 2009 before he called off the engagement. He also has dated Katie Cassidy. 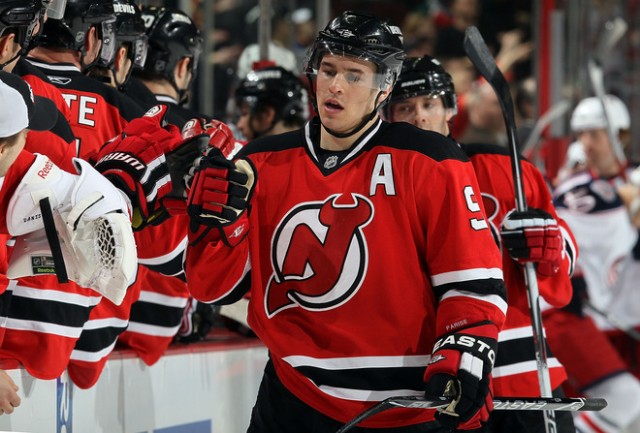 8. Zach Parise: Parise, is an American born hockey player who plays for the New Jersey Devils. Parise best NHL year was from 08-09 where he was third highest scorer in the NHL coming in behind Jeff Carter and Alexander Ovechkin. He placed 5th overall with 94 points. He is now the Devils Captain and does not look his age. He a hunk and I am looking forward to watching this season. 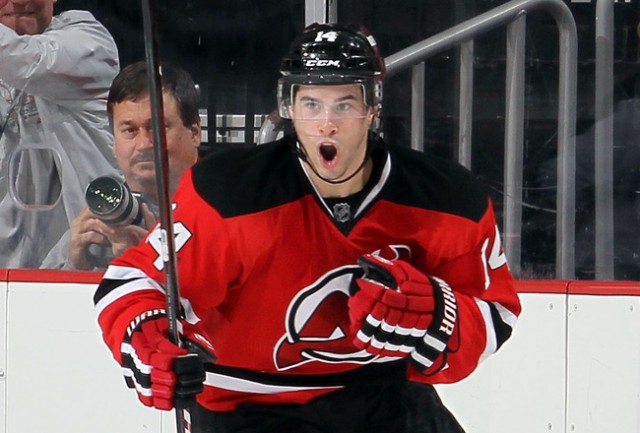 7. Adam Henrique: Henrique, a Canadian born hockey player who plays for the New Jersey Devils, made his first NHL debut in against the Boston Bruins in April 2011. He had his first NHL fight against Jarome Iginla in January 2012, and in that same game scored a Geordie Howe Hat Trick. Henrique is young, cute, and from what I’ve read, single. This is why he made the list. 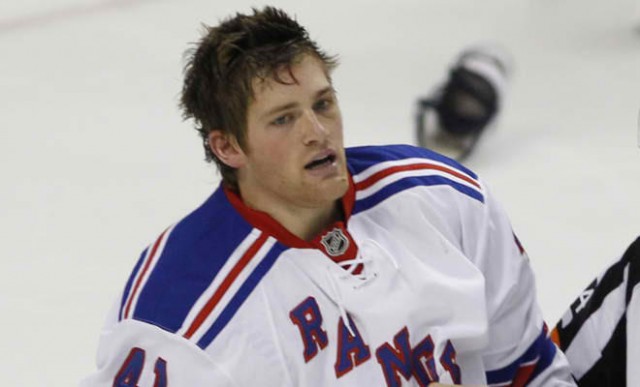 6. Stu Bickel: Bickel is a cutie, enough said. An American born hockey player in 2008 the Anaheim Ducks signed him, an undrafted free agent. On November 23, 2010 Bickel was traded by the Ducks to the Rangers. Bickel made his first NHL debut in December 20, 2011. How can you say no to a face like his? 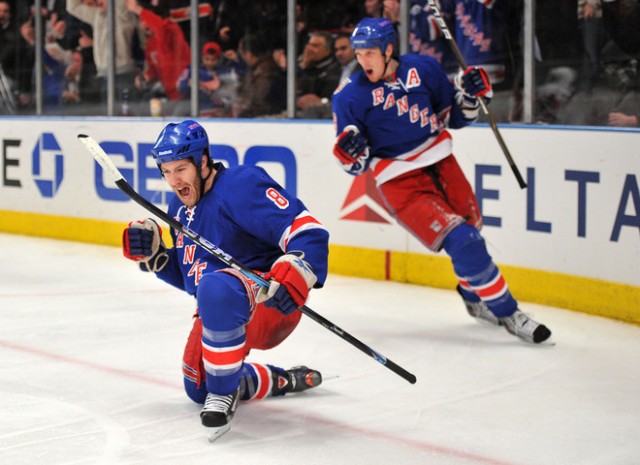 5. Brandon Prust: Prust who plays for my beloved New York Rangers is a Canadian born hockey player from Ontario. He has played and been traded to many teams such as, Calgary, Detroit, and Phoenix. Prust broke his jaw in 08-09 seasons after being elbowed by Cam Janssen. In 2011 Prust was awarded the Steven McDonald Extra Effort Award. Prust is tall handsome and Canadian, what more could we ask for. 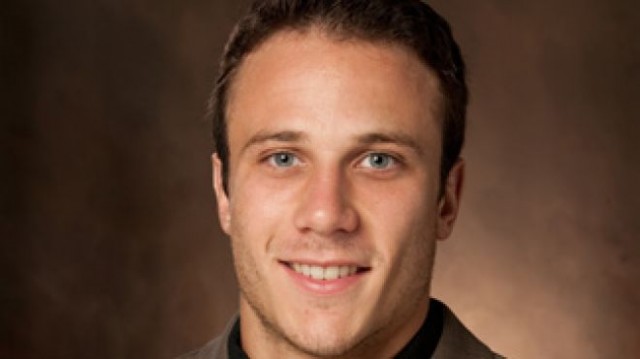 4. Andy Miele: Miele, an American born Hockey Player, born in 1988 started of his career playing for the Portland Pirates, the affiliate team of the Phoenix Coyotes of the NHL. Miele is the 2011 Hobey Baker Memorial Award winner, and was also named USA Hockey’s 2010-2011 college player of the year. In April 2011 he was signed by the Phoenix Coyotes as a free agent. Miele has an amazing smile and looks like a genuine good guy, this is why he made the list. 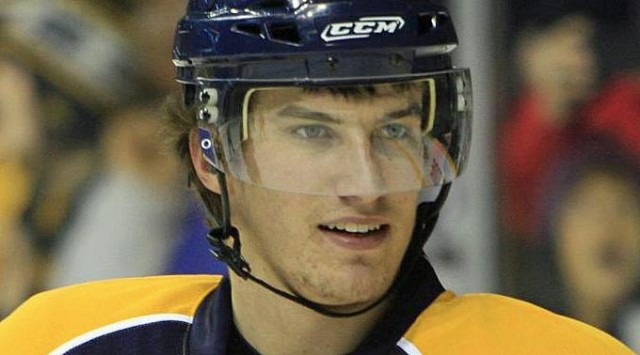 3. Roman Josi: Josi is a Swiss born hockey player who now plays for the Nashville Predators. Josi was selected by Nashville in the second round 38th overall in the 2008 NHL Entry Draft. Josi is considered one of the top Swiss prospects. With piercing blue eyes and a promising future in hockey this predator may just become someone’s prey. 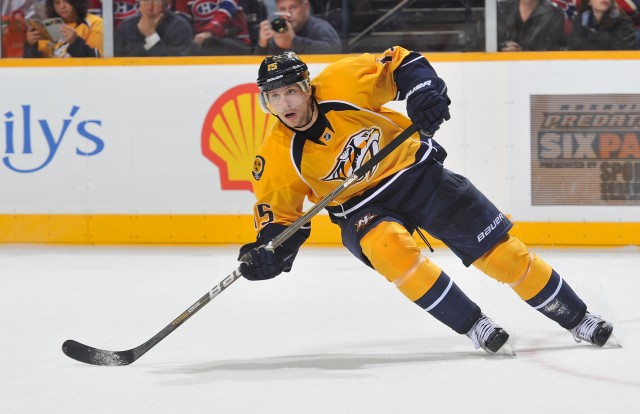 2. Craig Smith: Smith is an American born ice hockey player who now plays for the Nashville Predators. Smith played junior hockey in the US with the Waterloo Black Hawks. Smith was named USHL First All-Star Team in 08-09 seasons. Smith became the first player since Colin Wilson to make Predators with playing for the Milwaukee Admirals. In October 2011 Smith scored his first NHL goal. 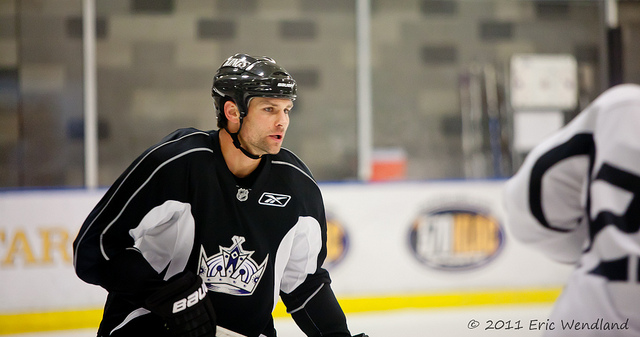 1. Davis Drewiske: I’m sorry; I had to put him first. I know that his team got us kicked out of the first round, but the other teams are making it slim pickings and he was by far the best looking. So here for your number one is Drewiske. Playing for the Los Angeles Kings. In April 2008 Drewiske signed an entry-level contract with the LA Kings and then signed to the affiliate, the Manchester Monarchs of the AHL. Drewiske received his first call up in February 2009. His first NHL goal was an empty netter against the San Jose Sharks in October 2009.

So here is our second round picks, hope everyone enjoys them and whomever you are cheering for cheer hard! Regardless of whether the Canucks are in the playoffs or not, hockey is still hockey!