Donovan Patrick Mahoney, known by a many as @DonovanPee on Twitter and Instagram has a way of capturing the soul of the city. We’ve enlisted him to take a trip around the many neighbourhoods in the city. We begin with where it all started, Gastown. 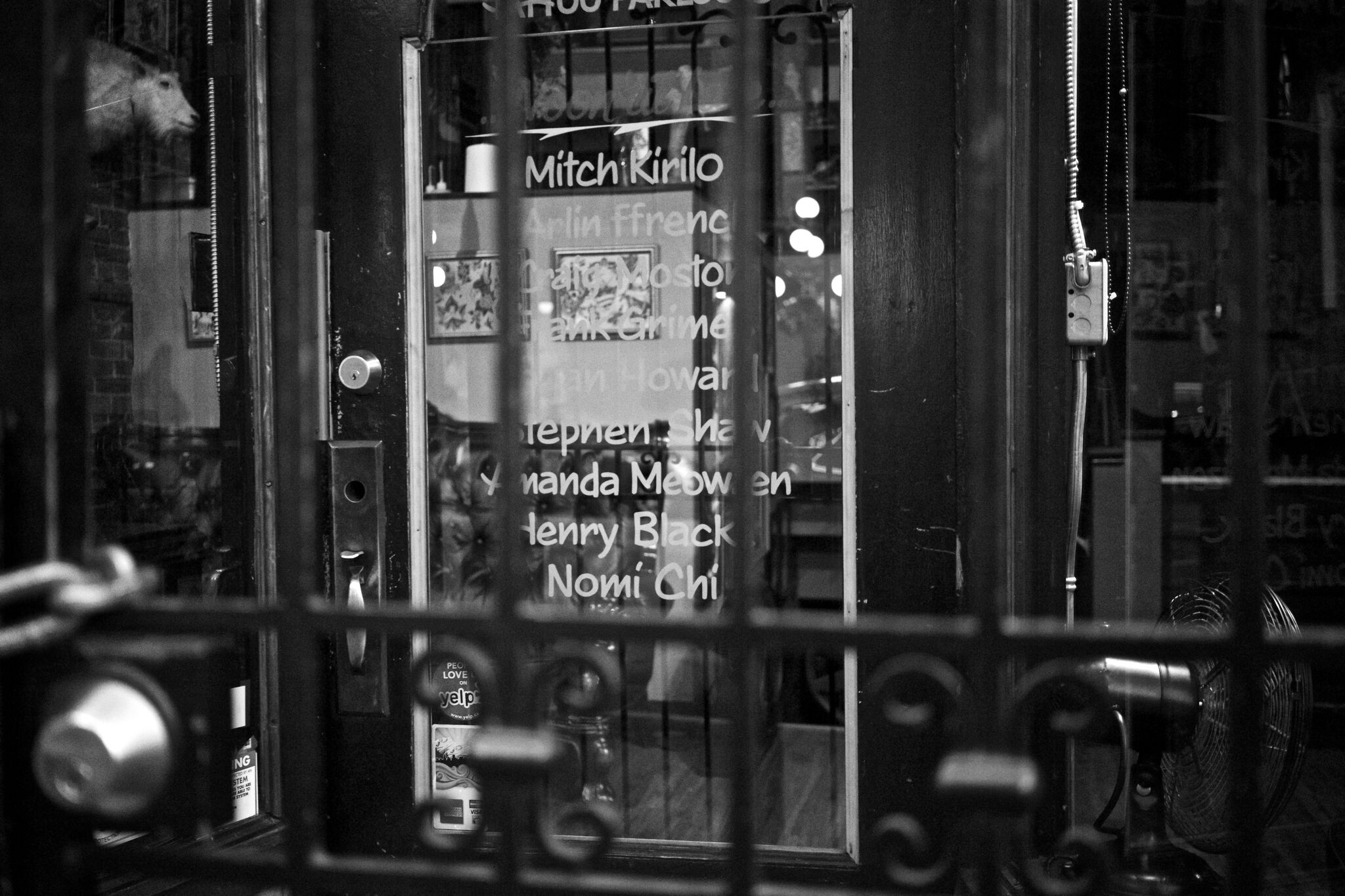 The frustration with Closed 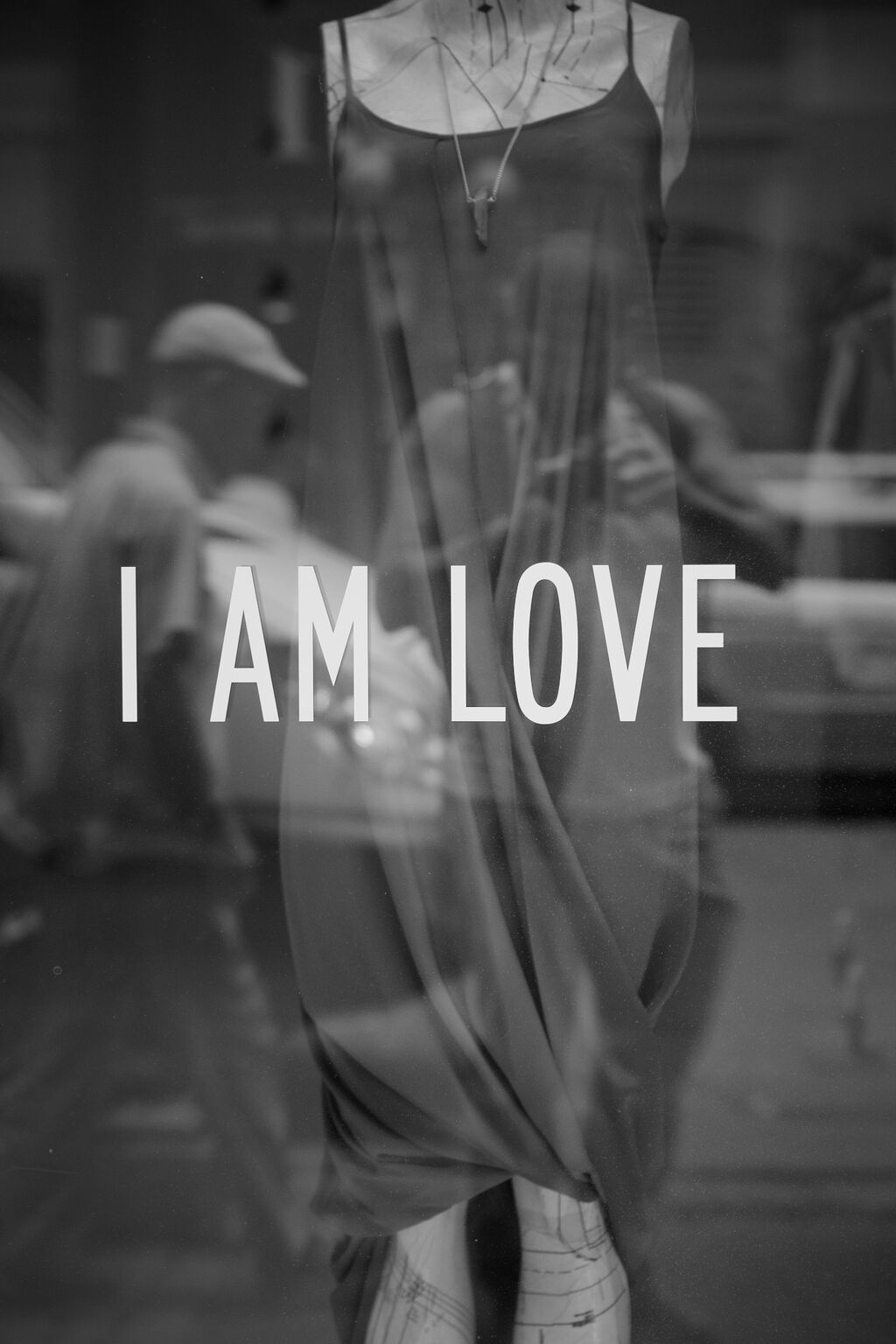 I shoot just what I see. 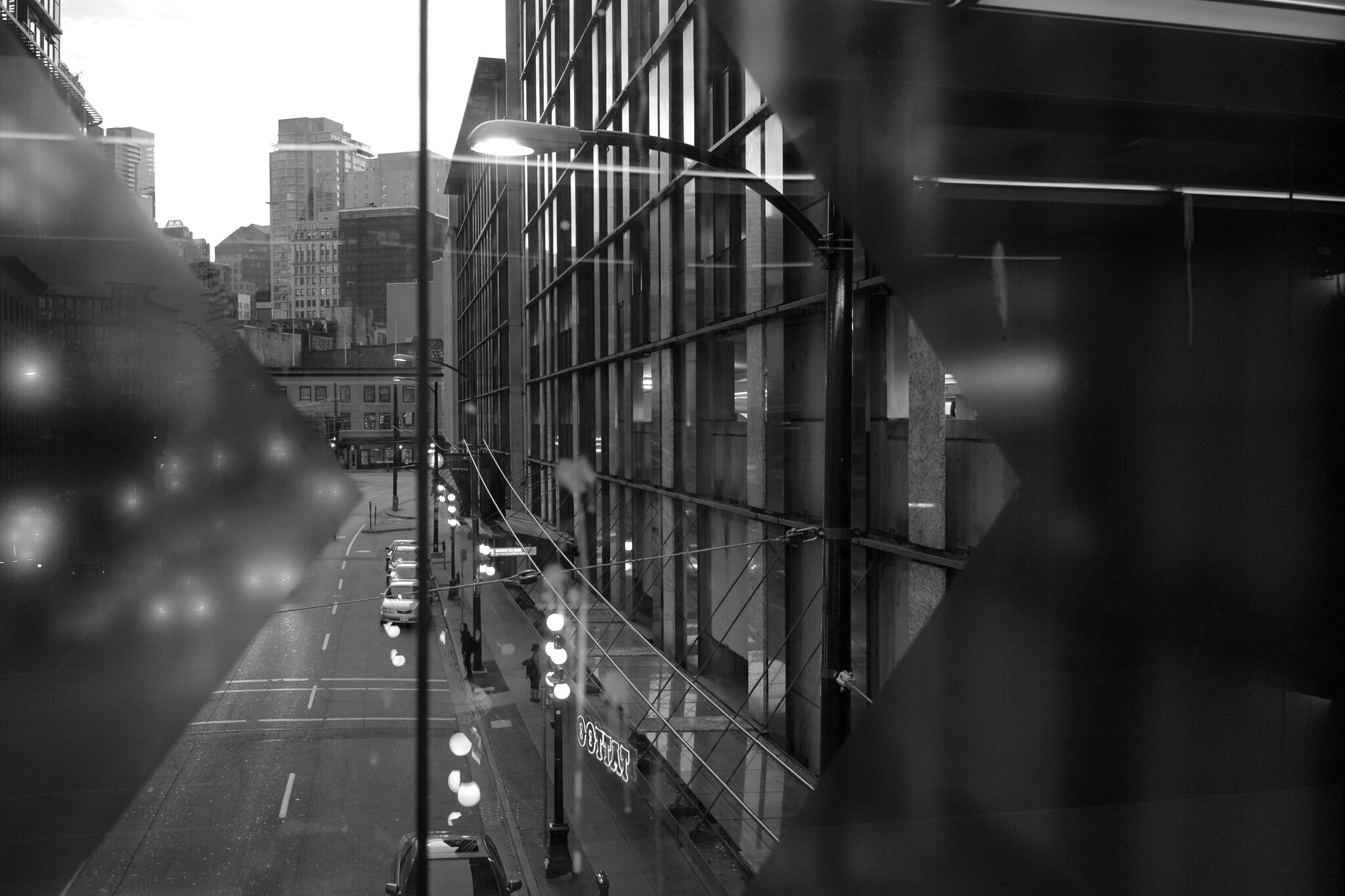 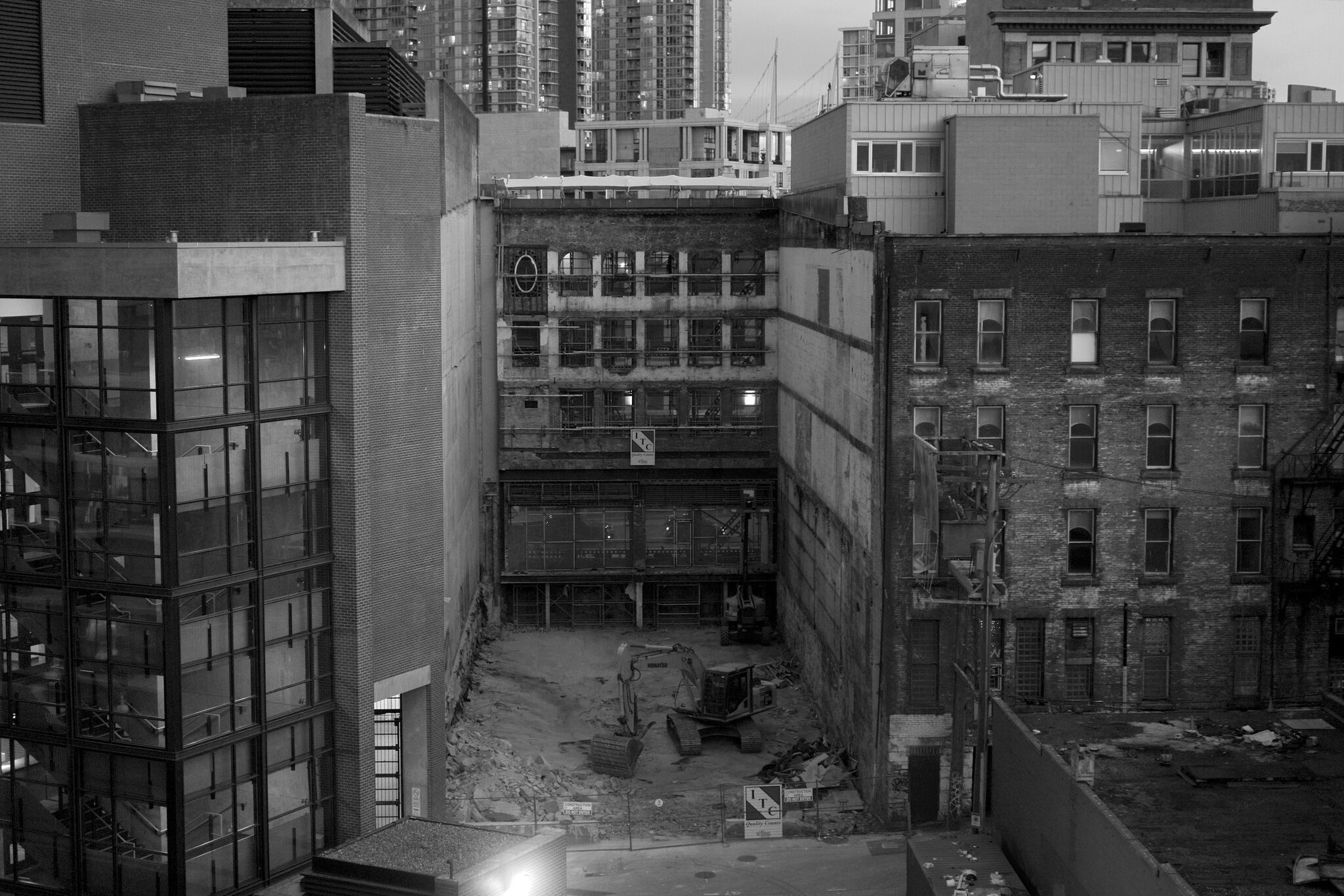 No one asked the bulldozer how it felt. 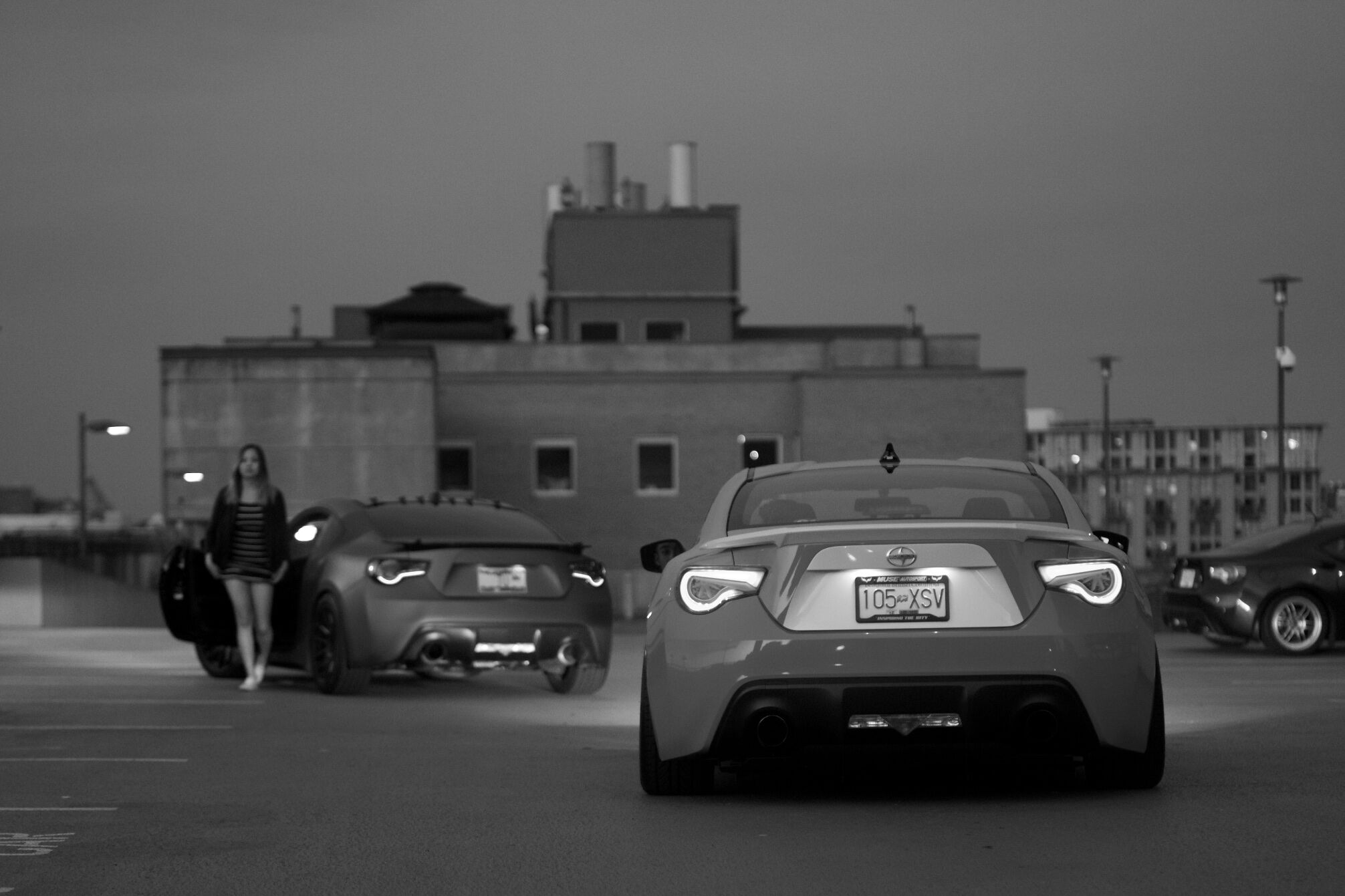 Originally when I’d set out to take these photos I was going to ask people what they considered to be Gastown. Emily was the only one I asked, she told me it was between Yaletown and Downtown. I thanked her for the photos and wished her well in finding her way home. 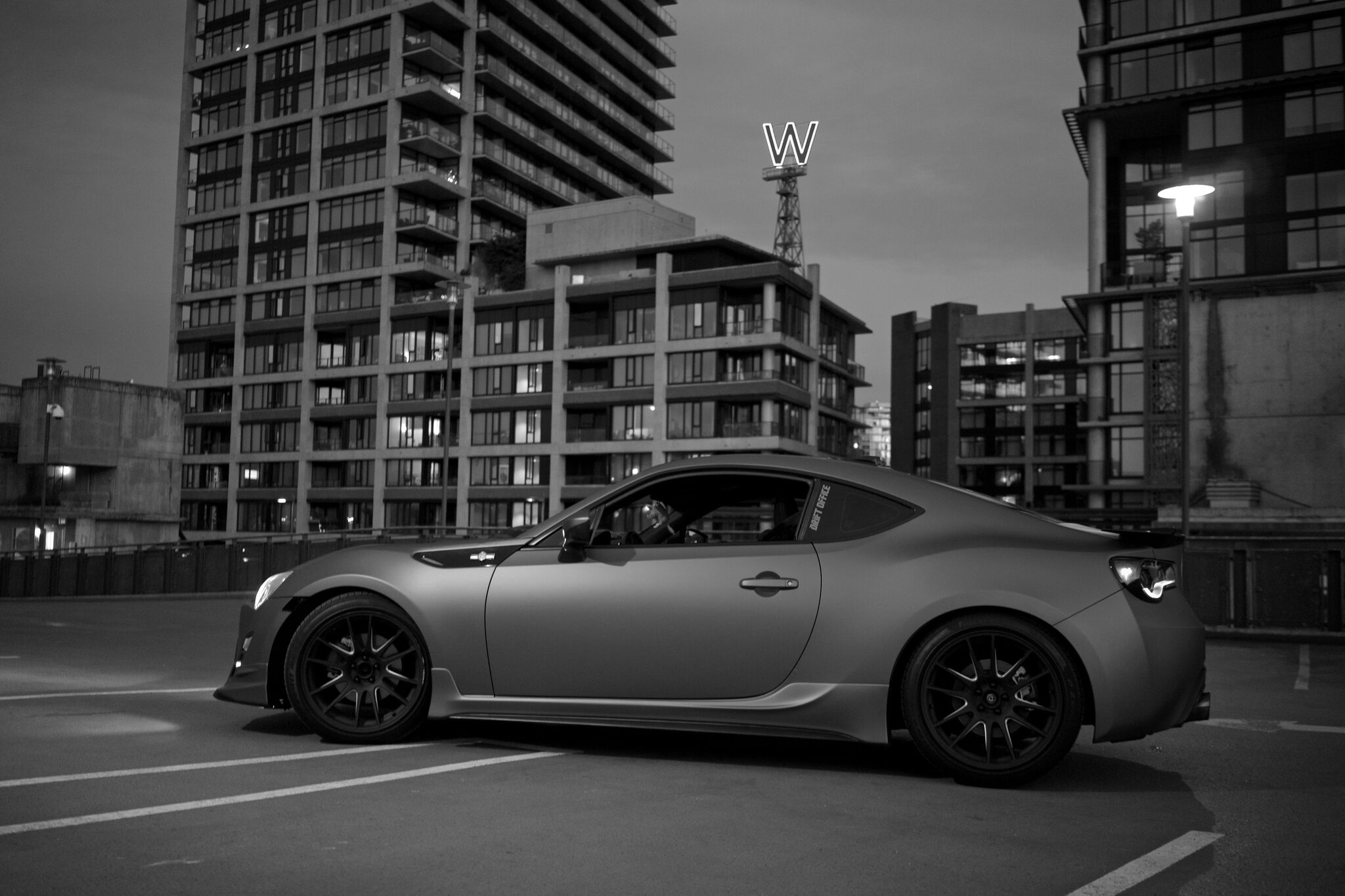 I was just trying to find a place with a different perspective to take a photo when Emily and her friends showed up. I didn’t realize until after I’d taken a couple of photos and shown them that they were there to do a photo shoot as well. There’s nothing worse than a photo poacher. 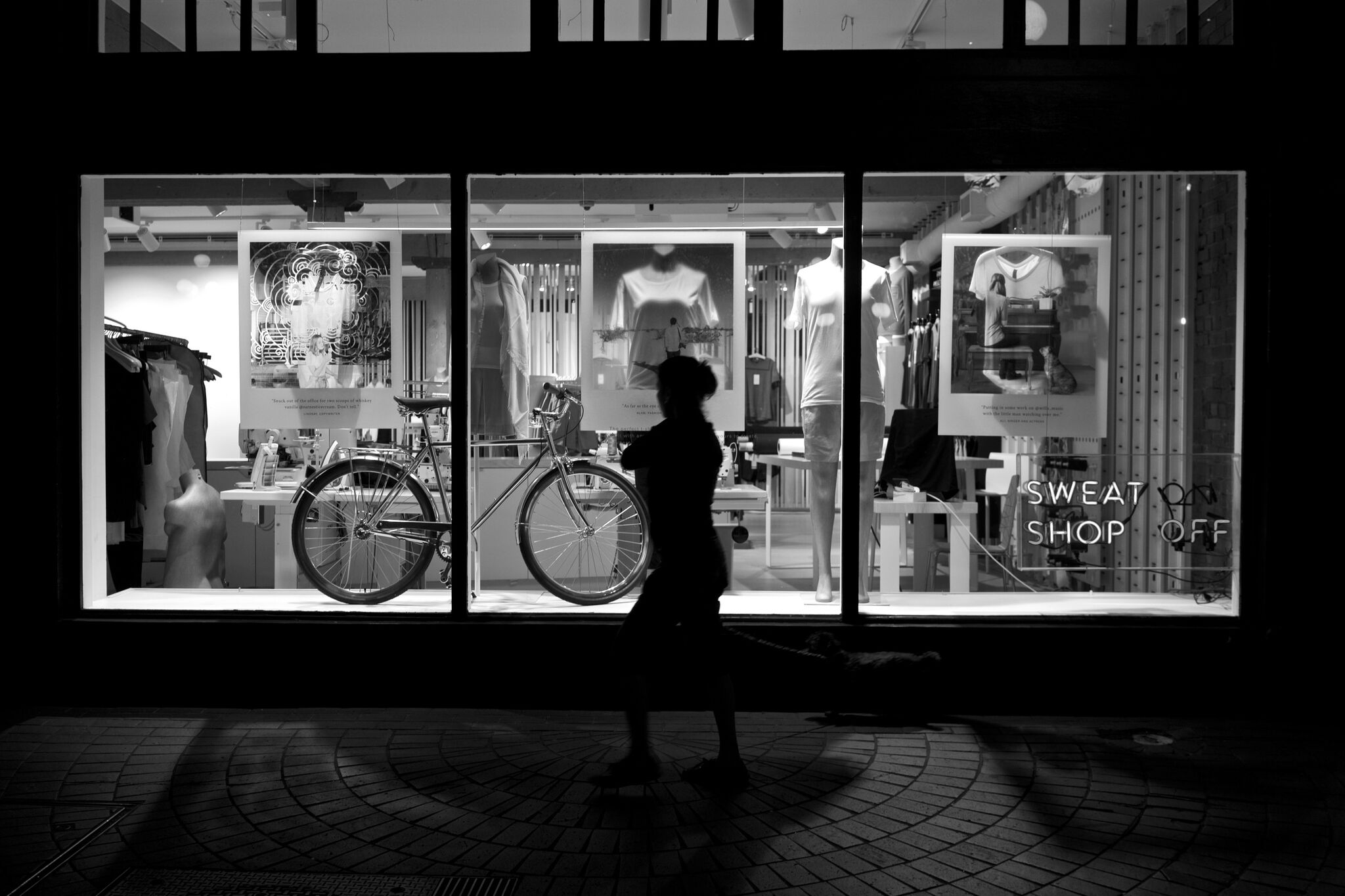 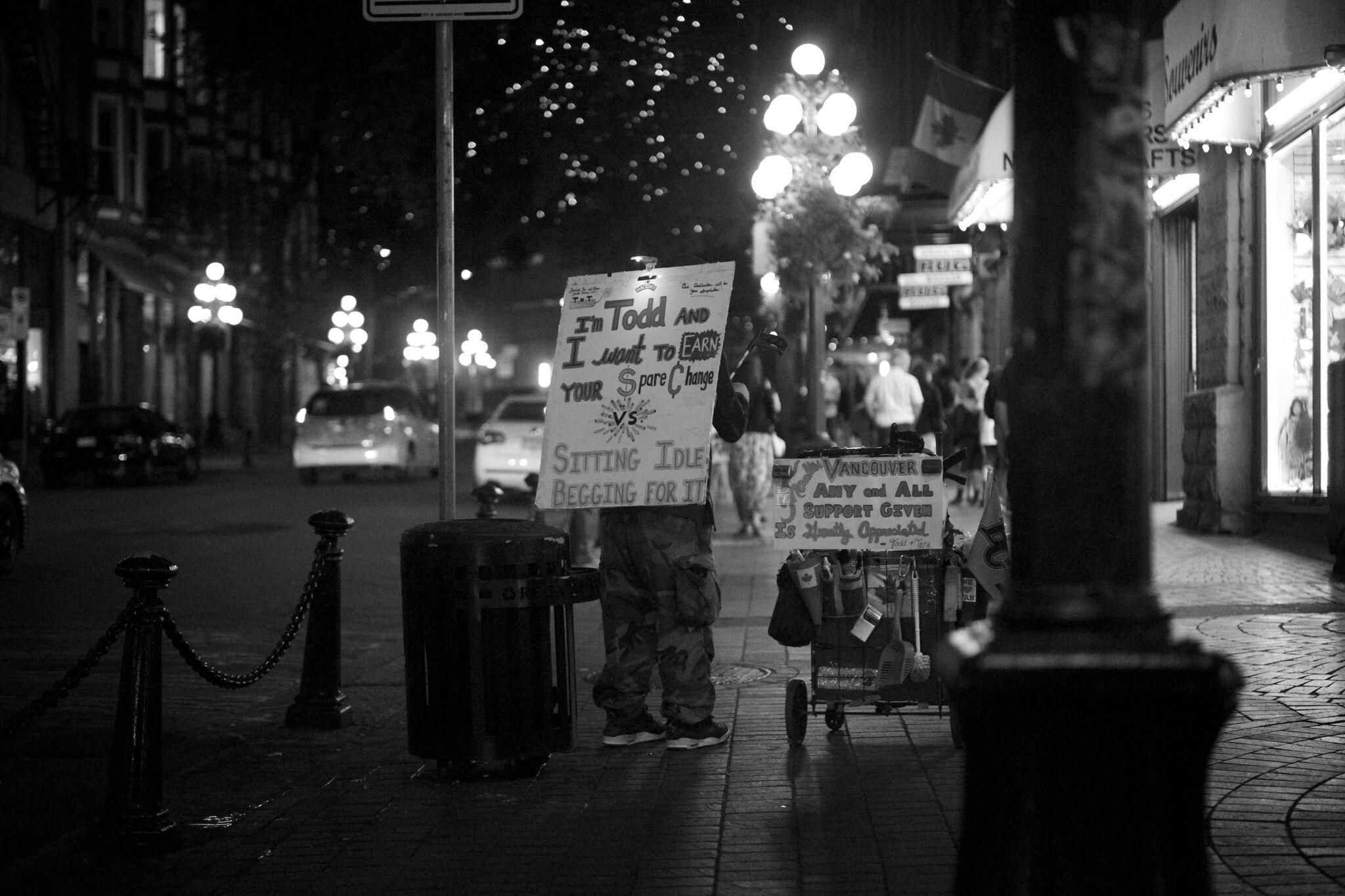 Walking up Water St. I could see two people up in the distance with signs on the back. Honestly, I thought it was going to be those end of the world signs. Instead, I found out these two were a homeless couple and had decided to make signs saying the would clean the streets regardless of spare change but definitely hoped for some… 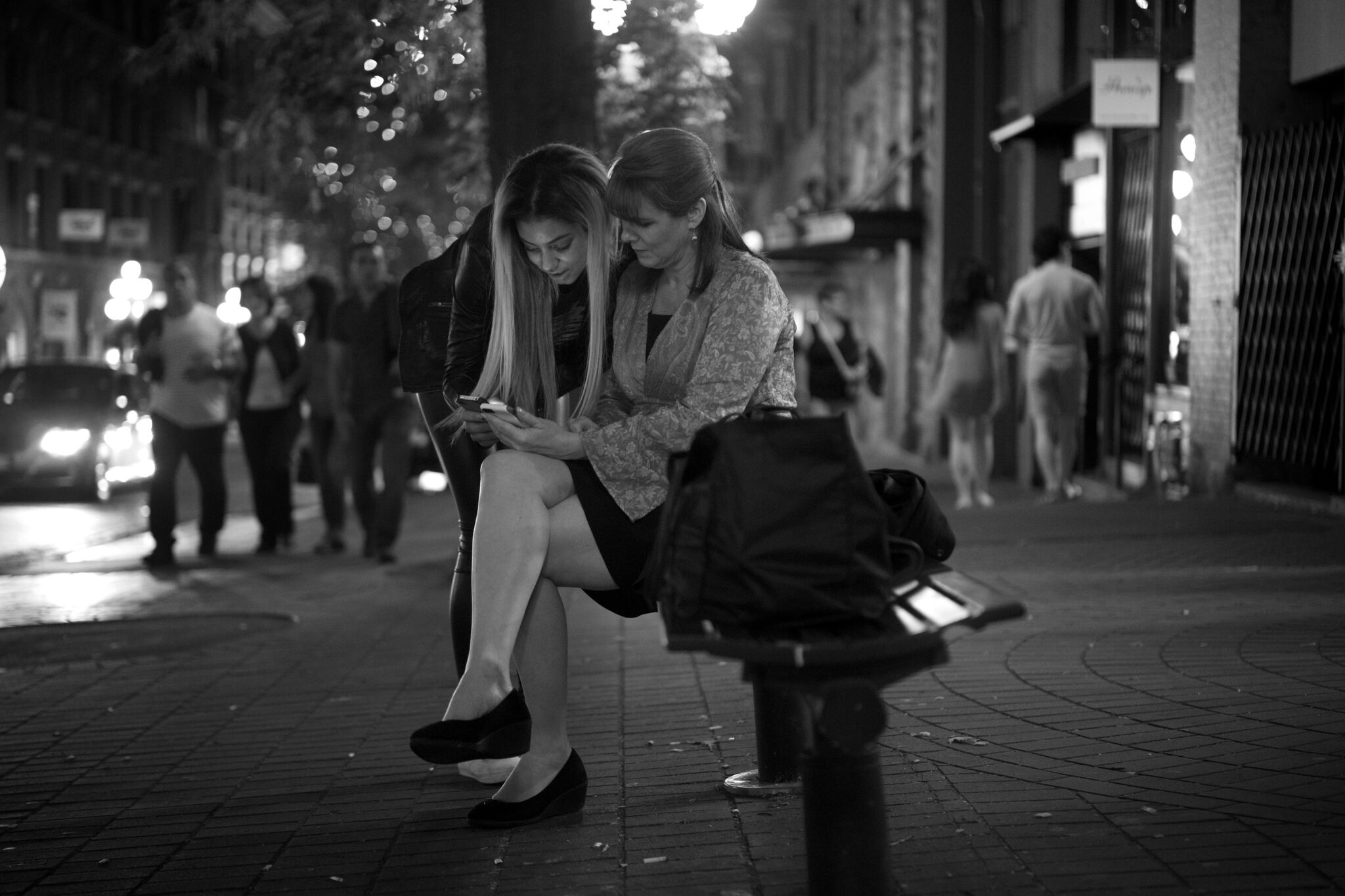 After I took this photo they looked up and didn’t say anything. I decided to walk over and show them the photo I just took. I told them that I don’t often tell people when I take their photo because it changes the natural beauty of life as it unfolds. 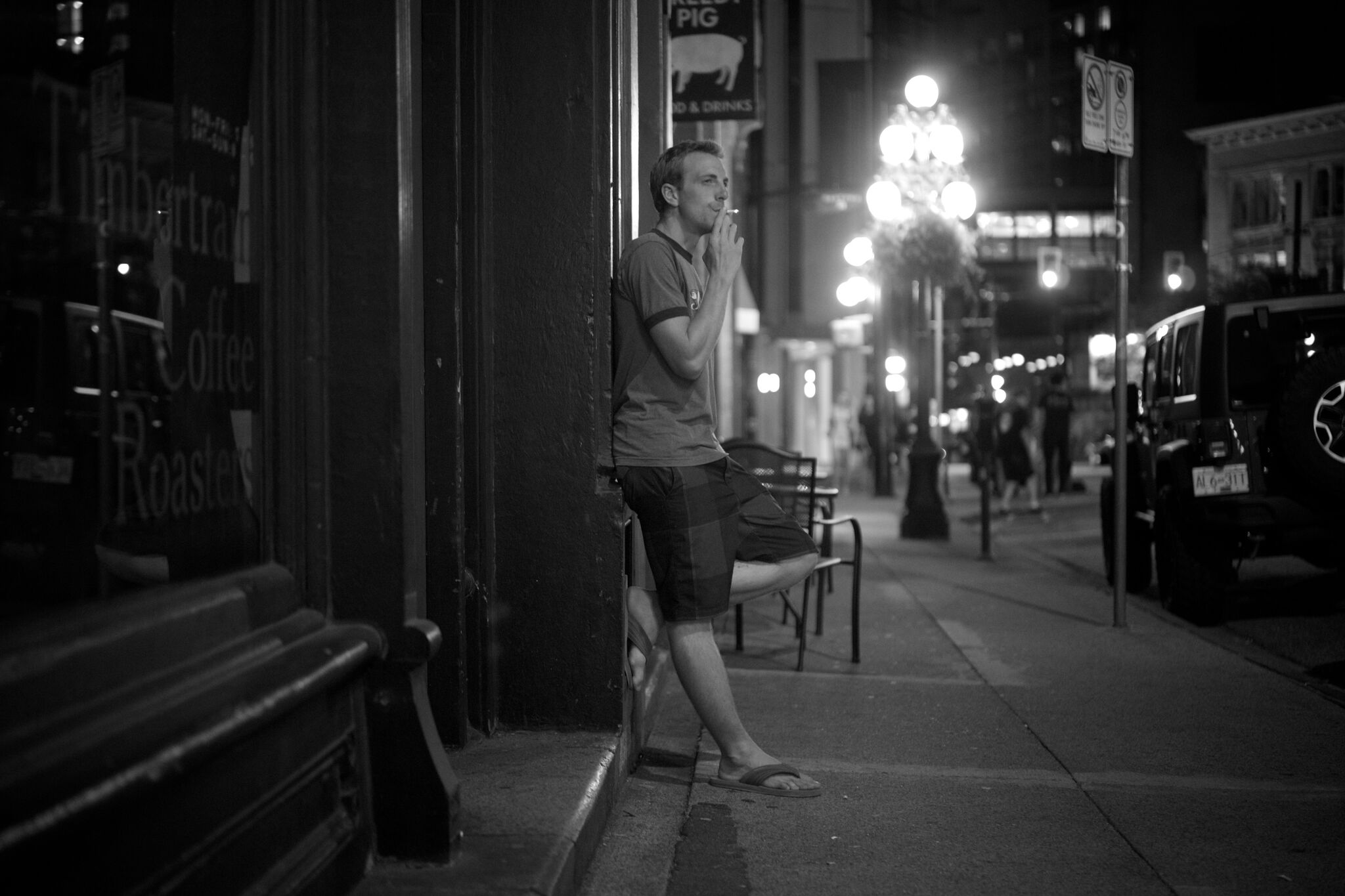 Tyler asked me if I’d ever been to The Greedy Pig…then went on to tell me; “it’s the best because it smells like bacon.” 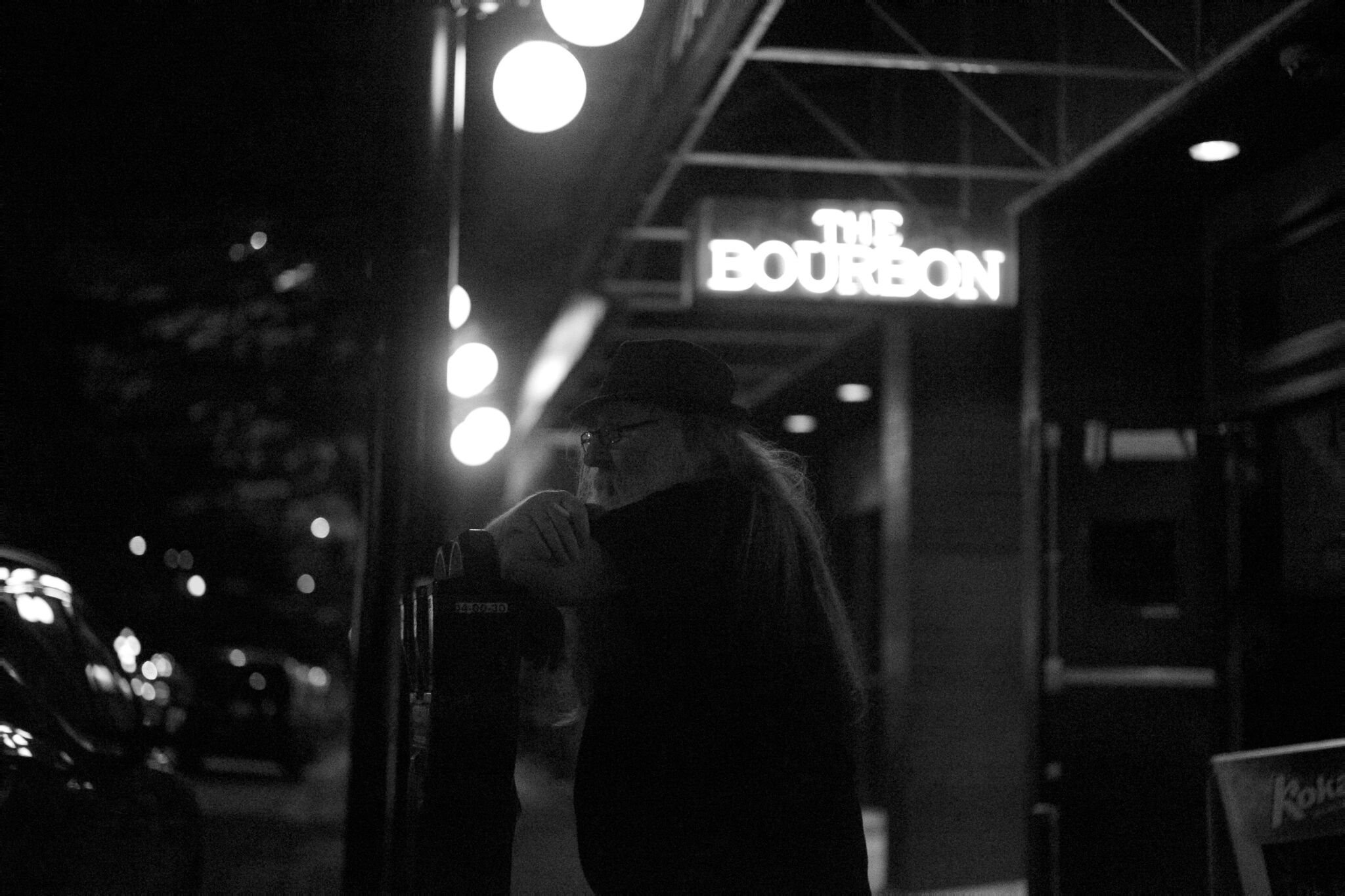 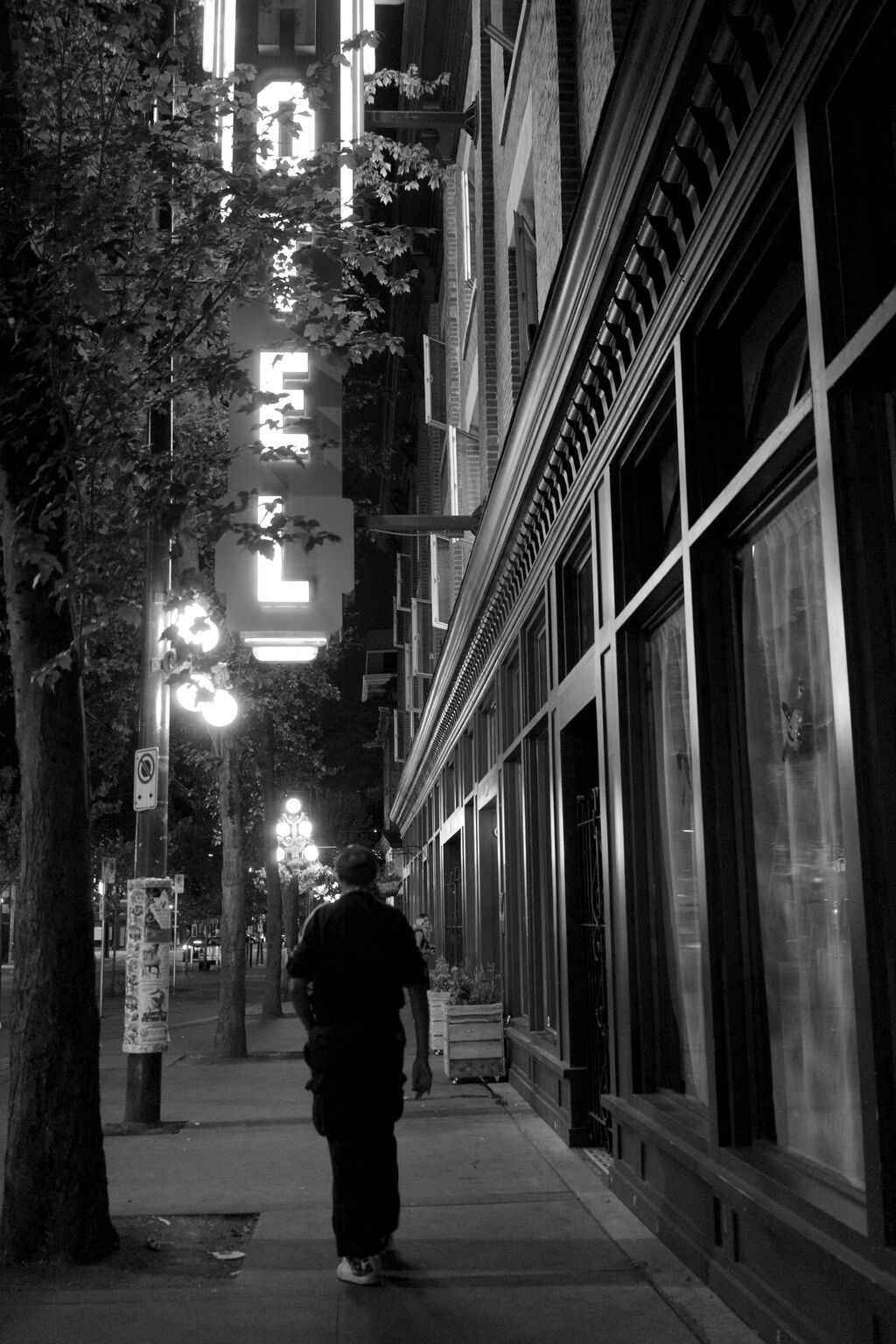 The outskirts of Gastown, better know as the Downtown Eastside 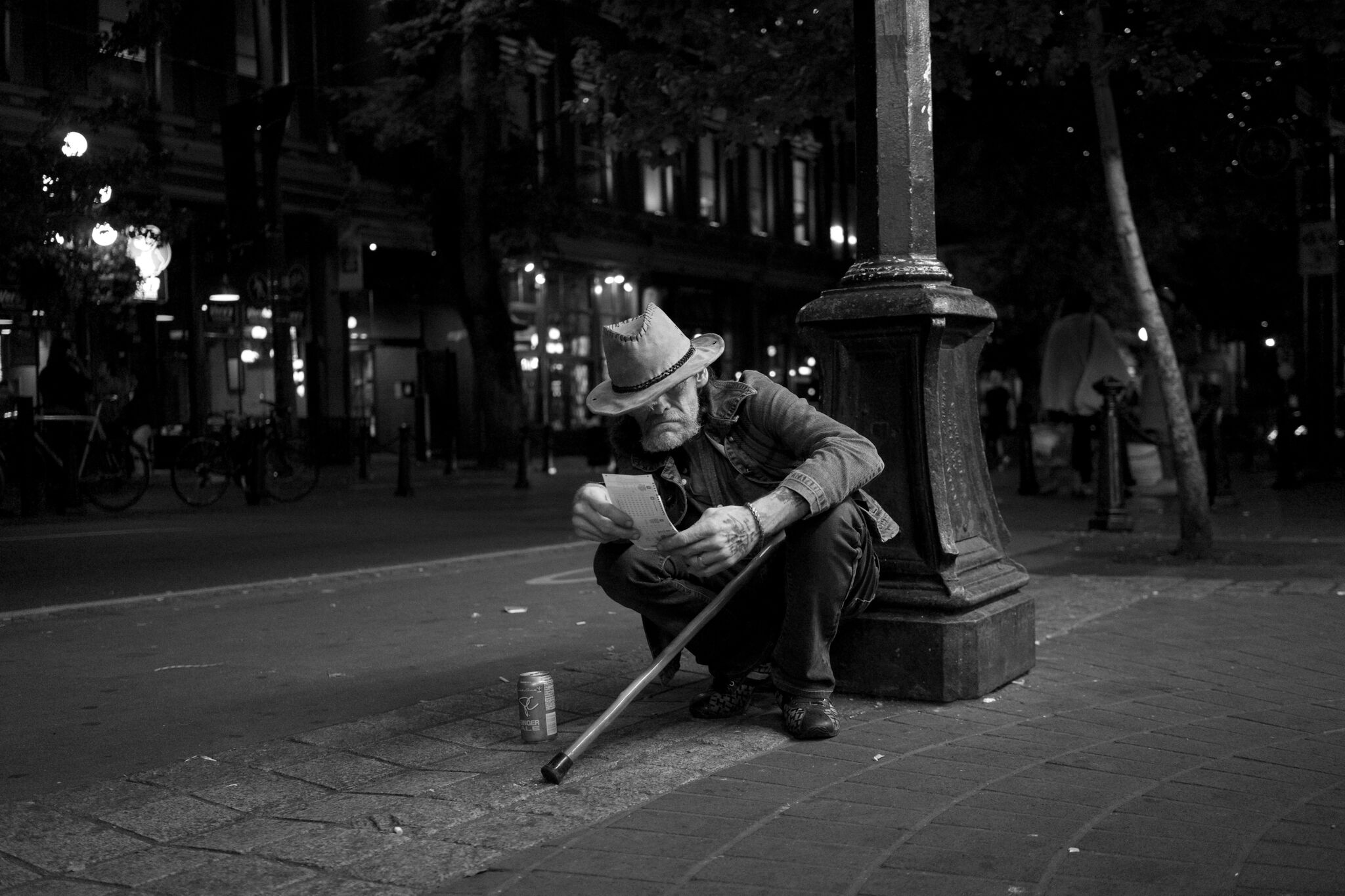 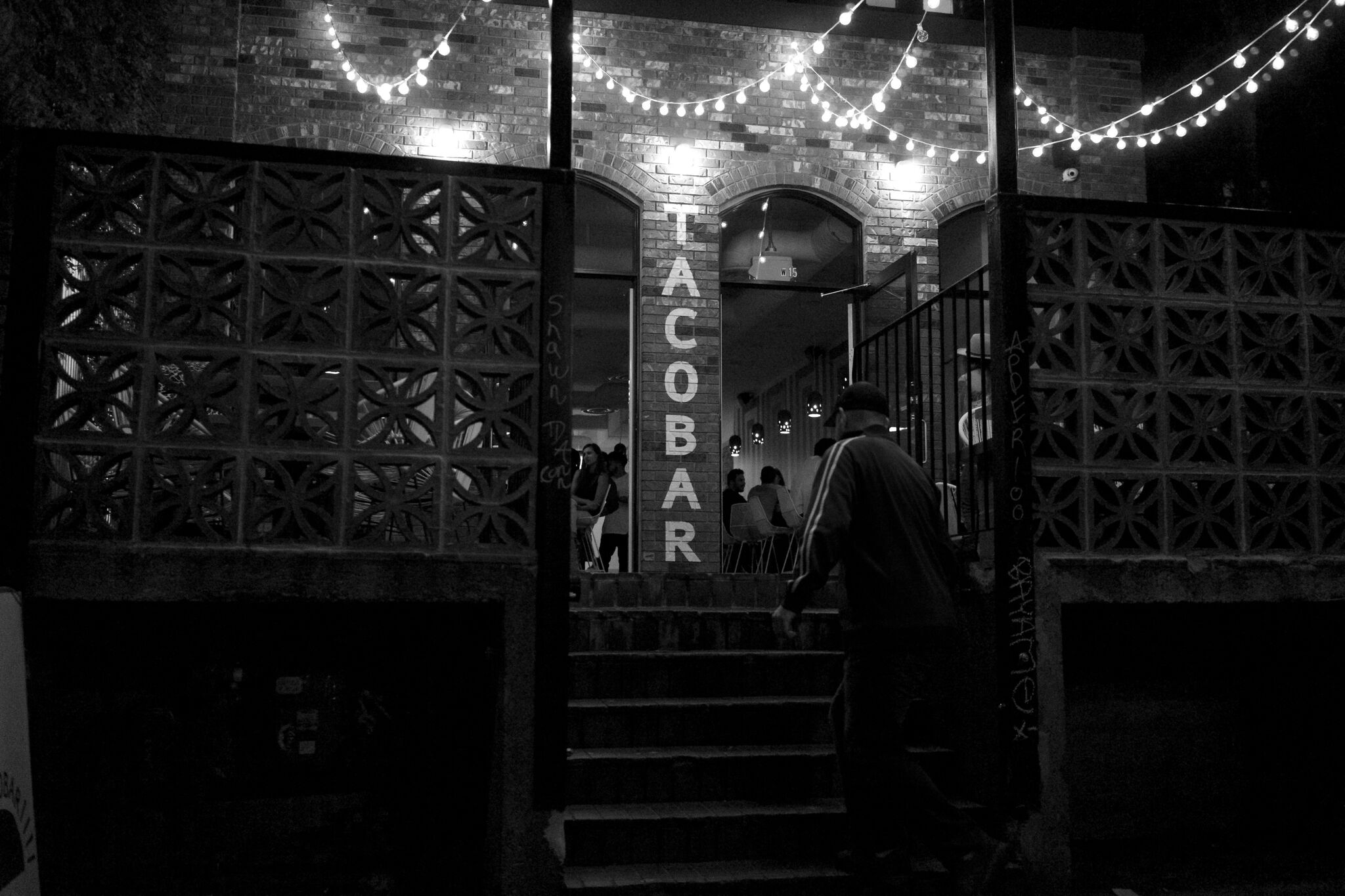 The new Tacofino patio on Blood Alley. Blood Alley could use a few more larger patios fronting it. 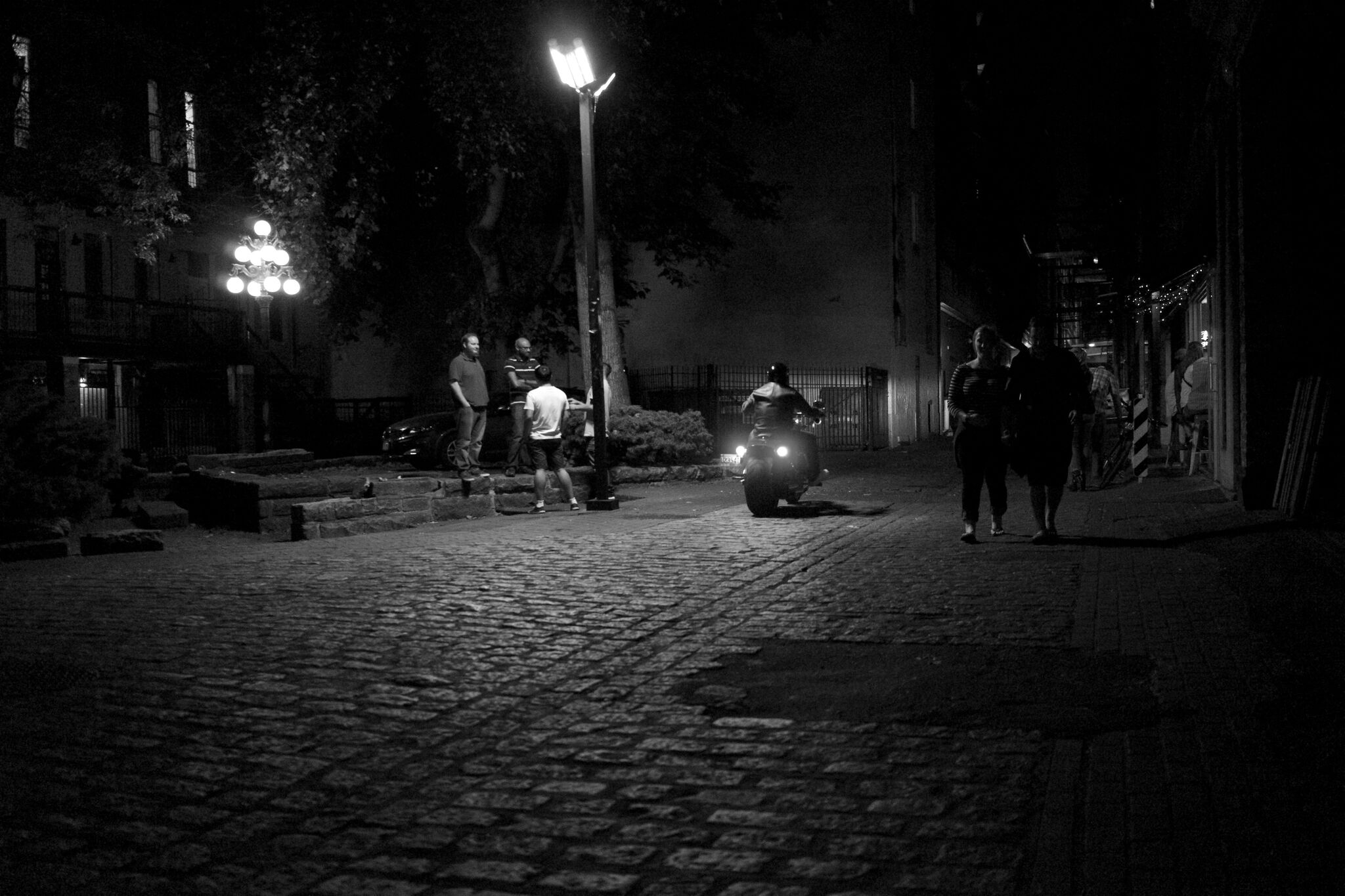 Blood Alley…it’s changed a little over the years 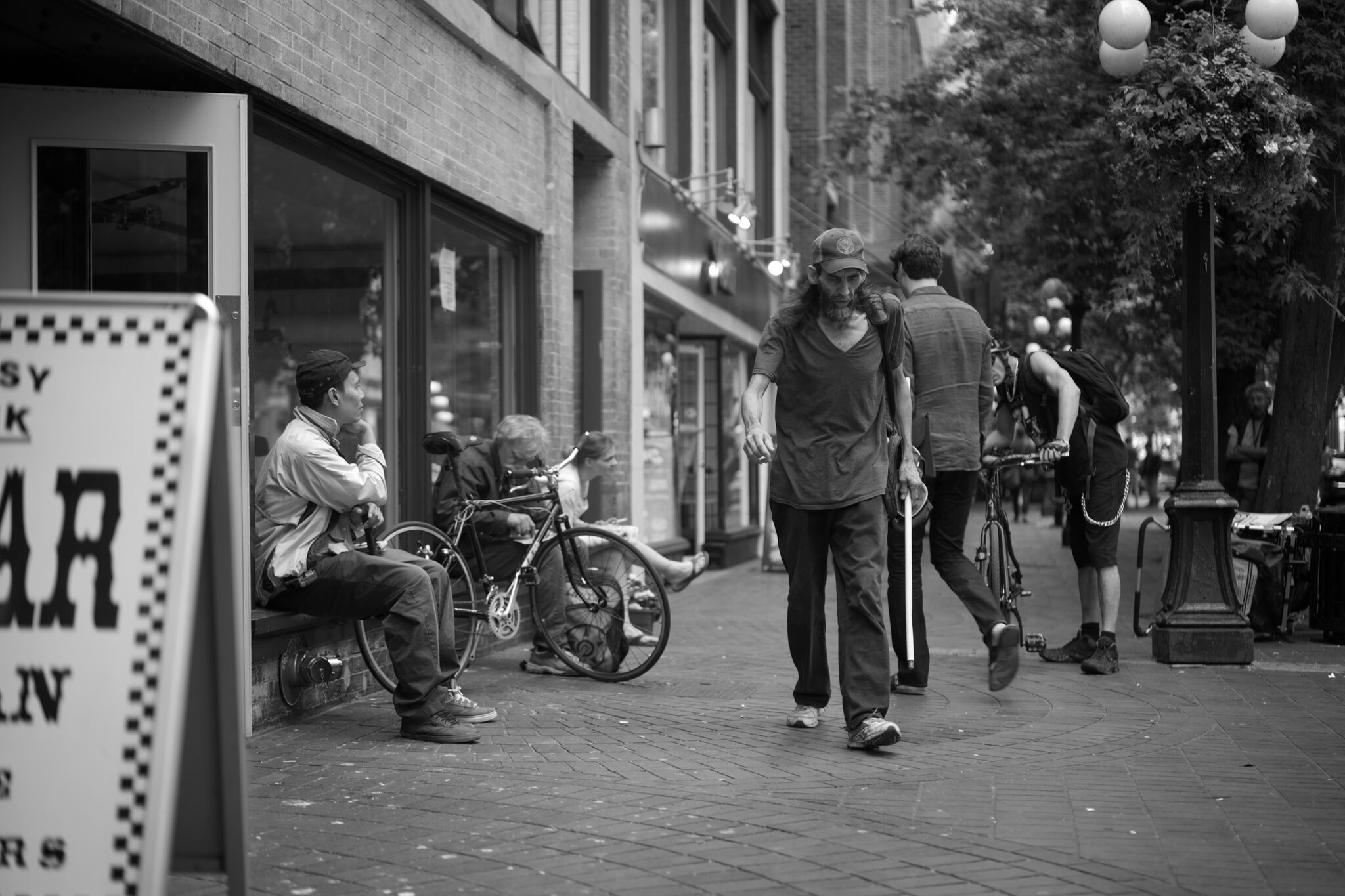 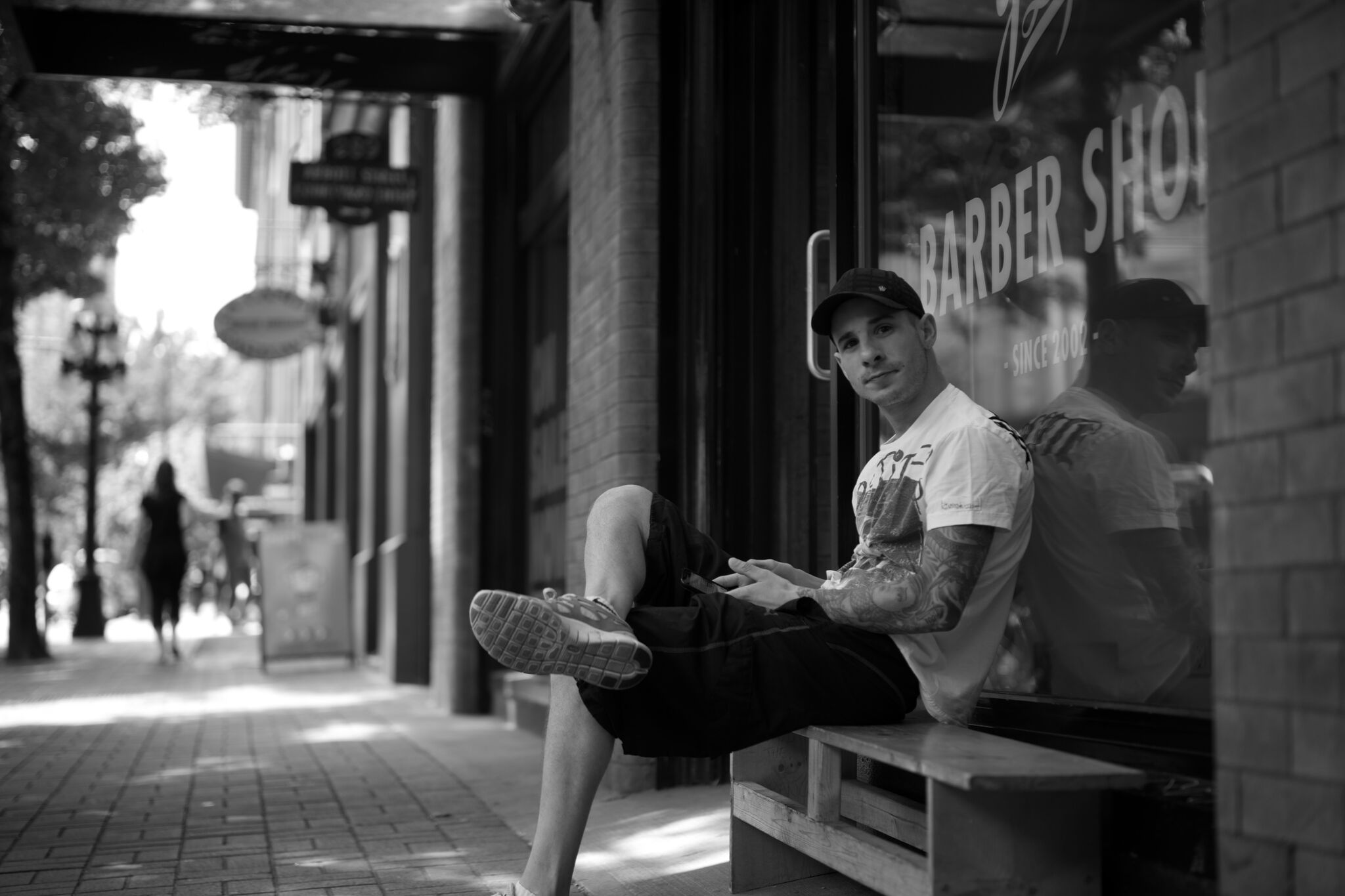 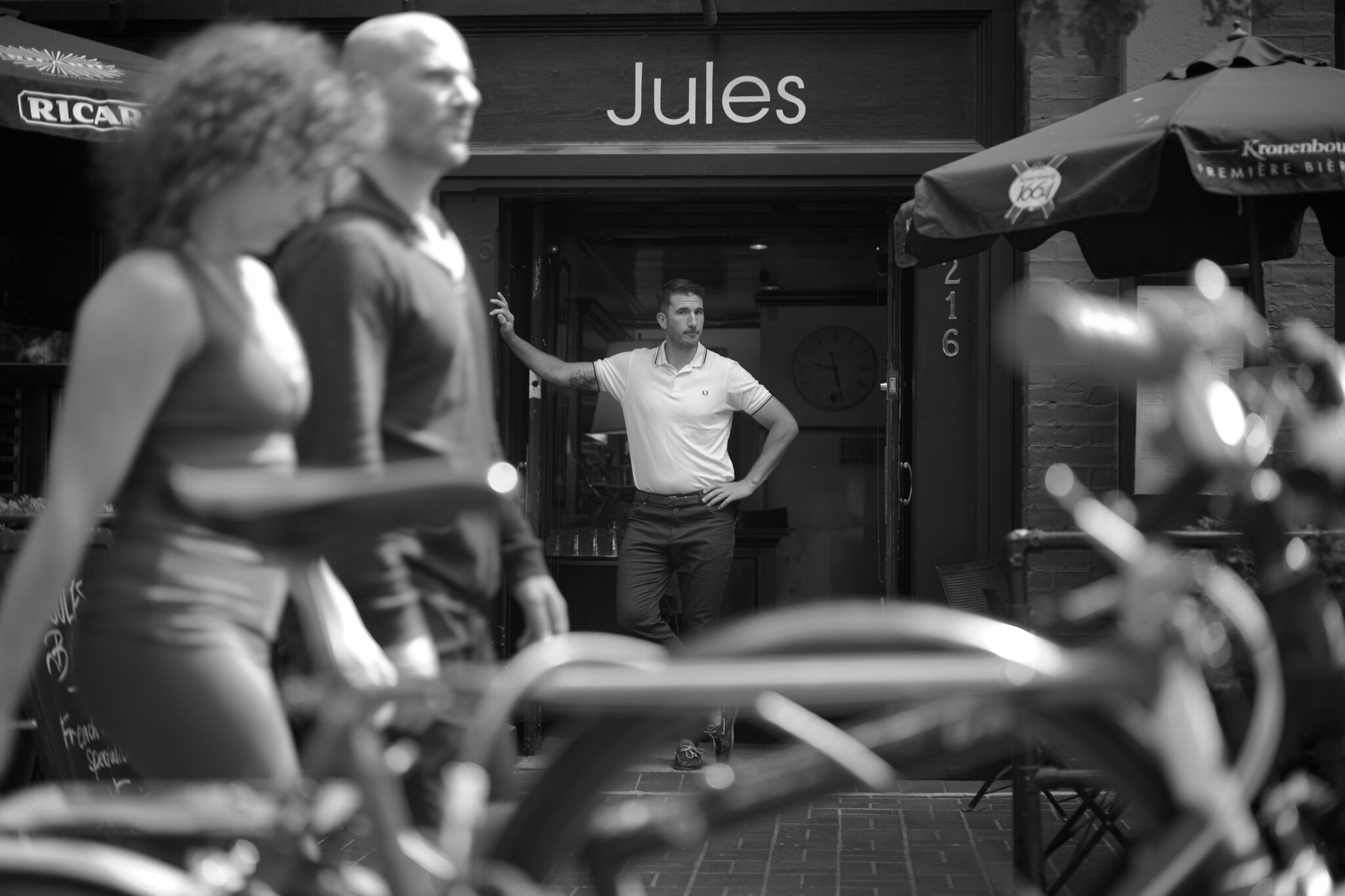 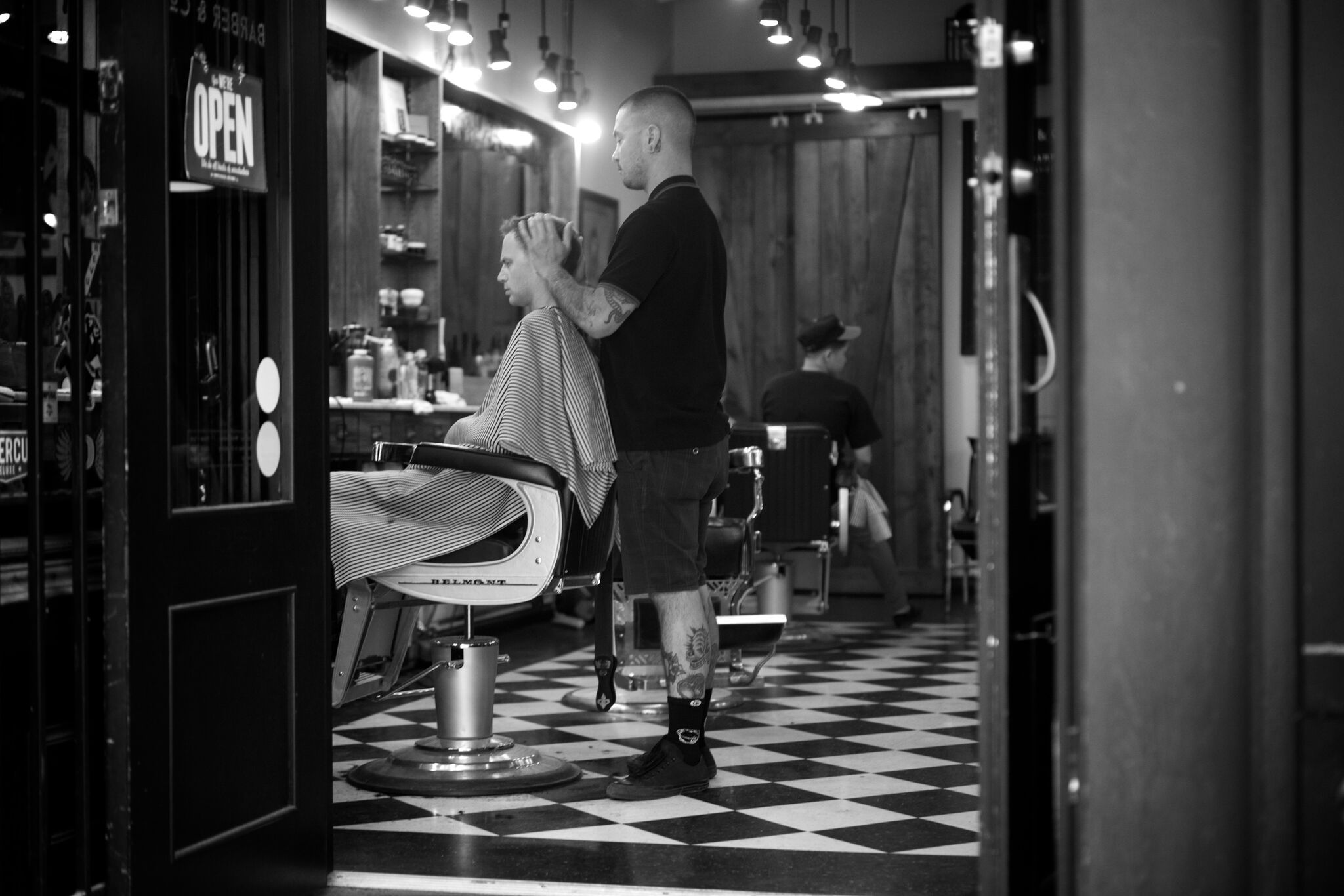 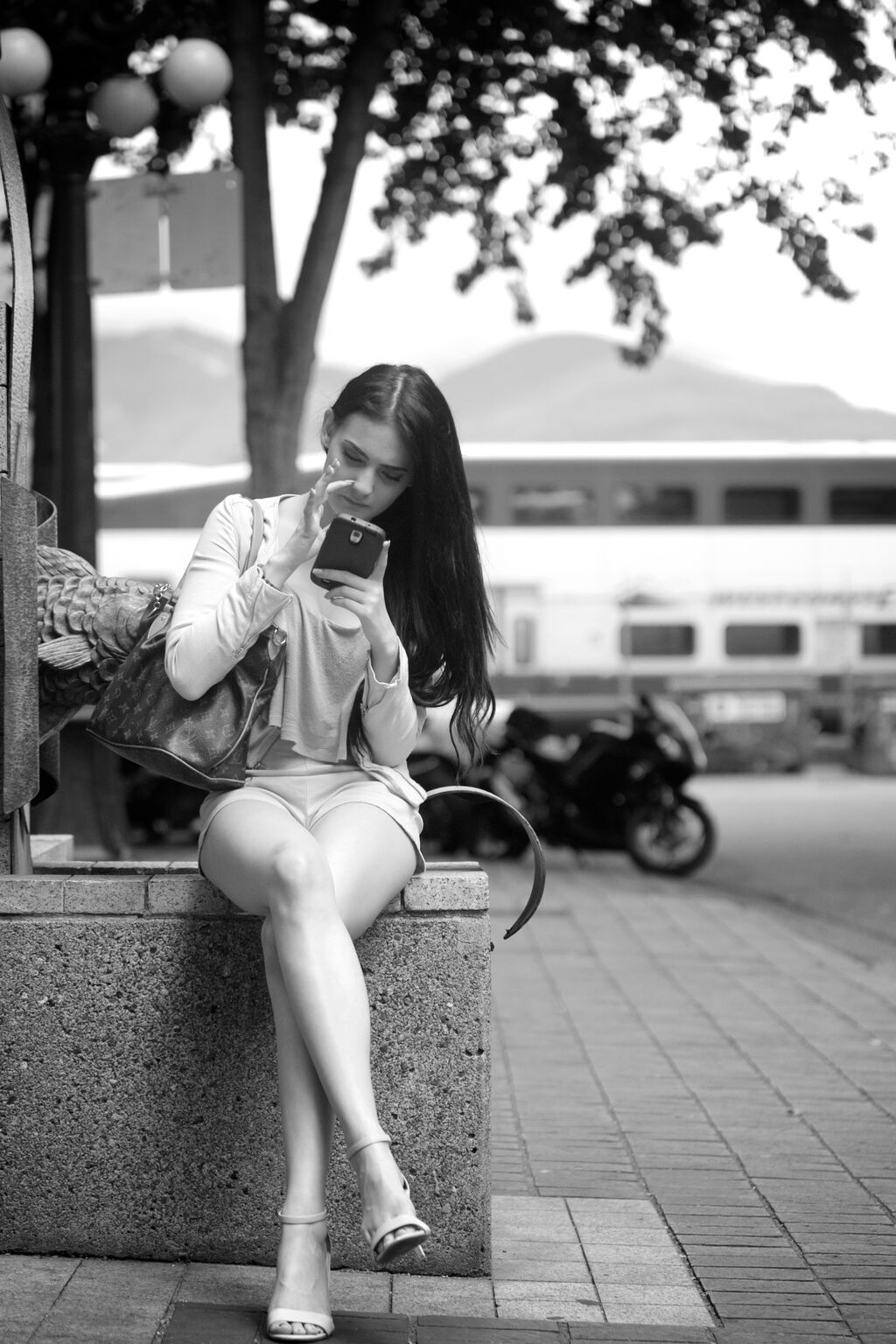 Places two fingers on the screen and motions outward to enlarge photo…I’m only guessing though. 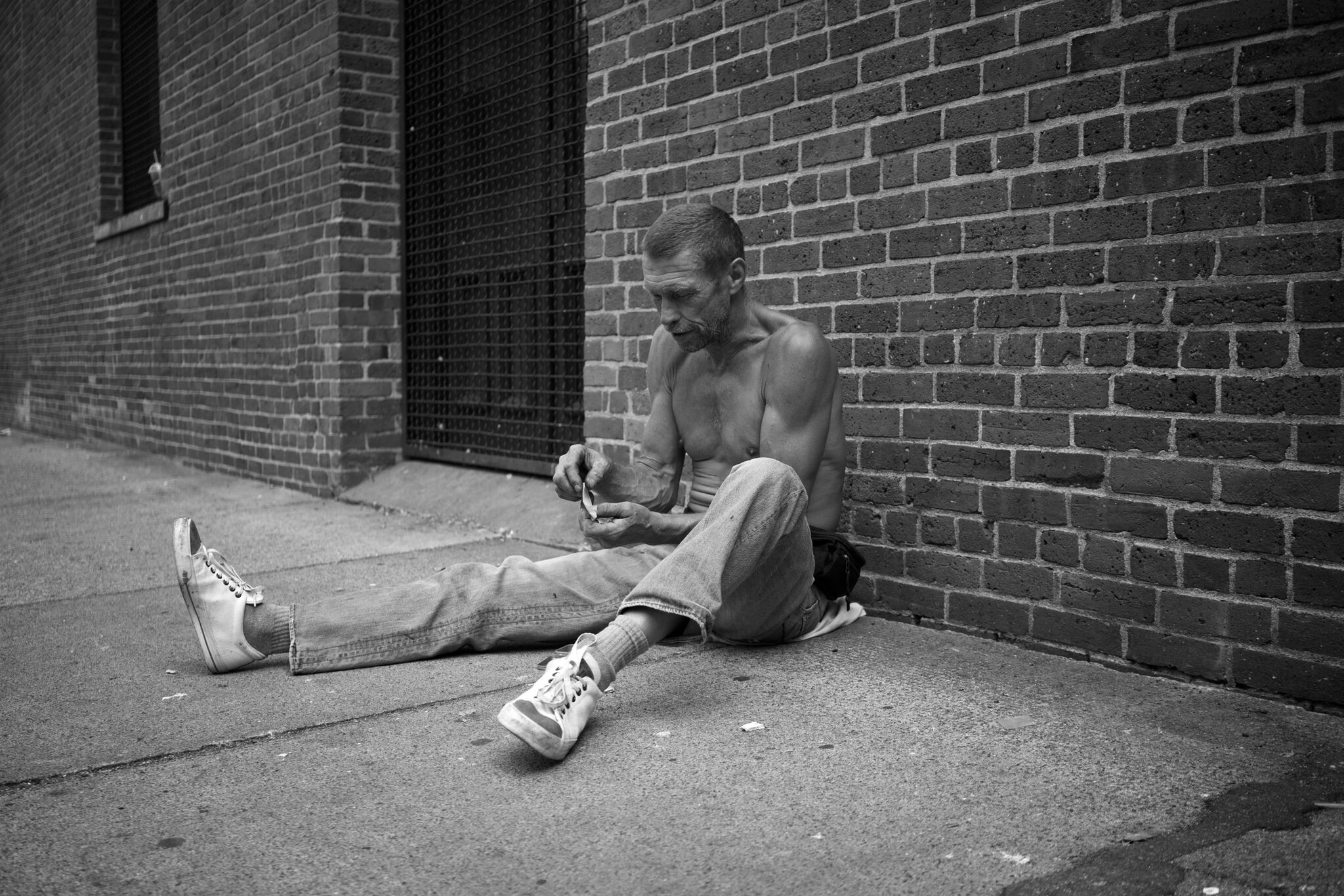 I took his photo and then he asked for it back. It took me longer than I’d like to admit to realize he was joking. I felt bad for ruining his joke.