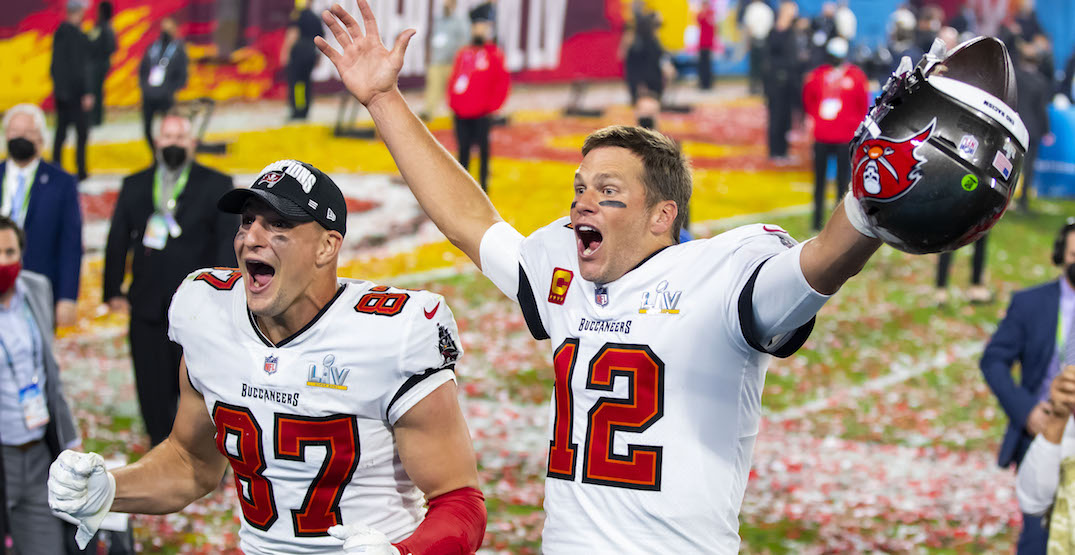 The 2021 NFL season kicks off tonight, and that has football fans on both sides of the border excited.

This season will begin where last season ended, at Raymond James Stadium in Tampa, as Tom Brady, the defending Super Bowl champion, and the Tampa Bay Buccaneers host the Dallas Cowboys.

All 32 teams will be in action this week, with 14 games on Sunday. The first Monday Night Football game of the season will be held in Las Vegas, with fans in attendance in Sin City for the first time, between the Raiders and the Baltimore Ravens.

The NFL has expanded its schedule for the first time in 43 years, as teams will now play 17 games each. Last year’s expanded playoff format will once again be in place, as seven teams from each conference will make the postseason.

So who will come out on top? We’ve taken the NFL win totals odds for every team from VegasInsider.com to make some predictions.

If the oddsmakers are correct, here’s how the 2021 season will play out.

Standings have been ordered by win totals odds (shown in parentheses). In instances where teams are tied in win totals, we’ve placed the team that had the better record last season ahead.

Who will make the playoffs?

The two teams that played in last year’s Super Bowl are expected to win their respective conferences, with the Kansas City Chiefs (12.5 wins) and Tampa Bay Buccaneers (12 wins) getting first-round byes.