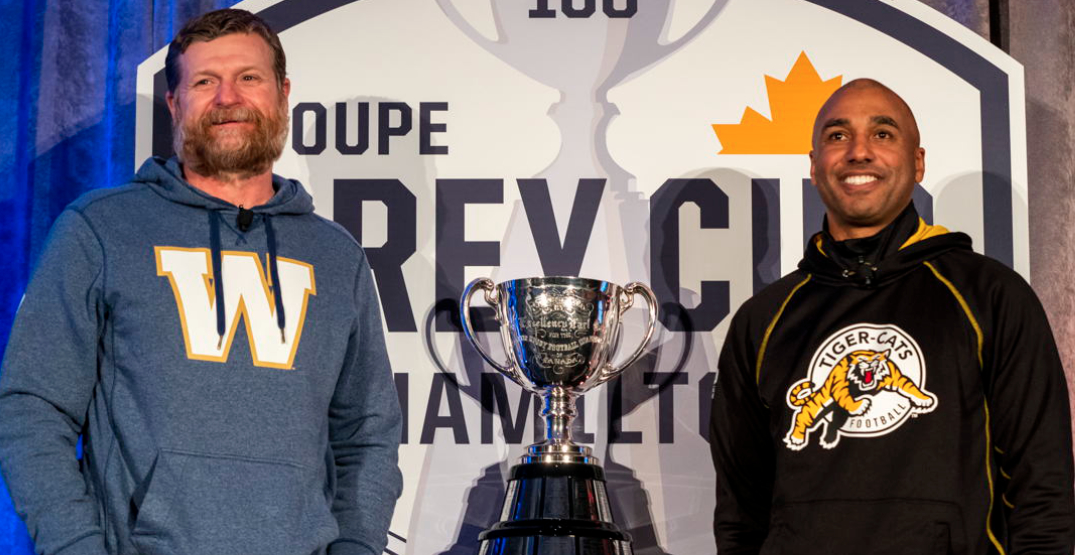 The best was saved for last at the opening press conference for Grey Cup Week.

“What are your philosophies going into this Grey Cup, especially with everything that surrounds it, on your players engaging in sex before the football game?”

“I’m sorry…I don’t have anything creative,” Steinauer started. “But I’ve always just said you’ve got to do what’s got you here.”

"You've got to do what got you here."

“This year is really different,” O’Shea began. “The way the protocols work and the respect that a teammate has to have for his other teammates in order to make sure that their health and welfare is looked after, it’s paramount. I think the COVID protocols have taken care of any answer that you could conjure up for this question this year.”

It seems to have taken the wind out of the answer.

But the question, though, isn’t out of left field.

The query, dubbed the Jim “Shaky” Hunt Memorial Question, is a longstanding CFL tradition started by famed Canadian sportswriter Jim “Shaky” Hunt. Hunt, during the opening press conference for Grey Cup Week, would pose the eyebrow-raiser to lighten moods and drive liveliness into the event should the room be sagging.

Terry Jones of Postmedia picked up the tradition of asking the question the past 22 years.

The question has historically sparked some absolute gem responses, too.

O’Shea himself dropped an all-timer in 2019.

“It’s been eight years since we climbed into this position and another 29 since we finished the job, so there’s going to be some nerves,” he said two years ago. “The expectations are very high and the anticipation can sometimes ruin the vent.

“So, I guess my guidance to the players would be ‘don’t exhaust yourself in the warmup.'”

Michael “Pinball” Clemons, making his first appearance at the Grey Cup as Toronto Argonauts coach in 2004, offered, “If you regularly partake, then by all means continue. If it is not in your nature, then please abstain.”

In 2015, Rick Campbell dropped a contender for all-time greatest response.

“It’s my job to put guys in the best position to have success, whether that’s on or off the field, so I guess I’m going to give advice more than a policy, and this would probably apply to most of our players and coaches, and this mirrors our football team this year,” began Campbell. “The odds aren’t good and nobody gave you much of a chance but if you pay attention to detail and you execute and you do it with zest and enthusiasm, anything can happen.”

Ottawa lost to Edmonton 26-20 after the comments, but Campbell returned with the same club to guide the Redblacks to a 39-33 overtime win in the 104th Grey Cup.

“It’s time to rise to the occasion and close the deal,” Campbell said.