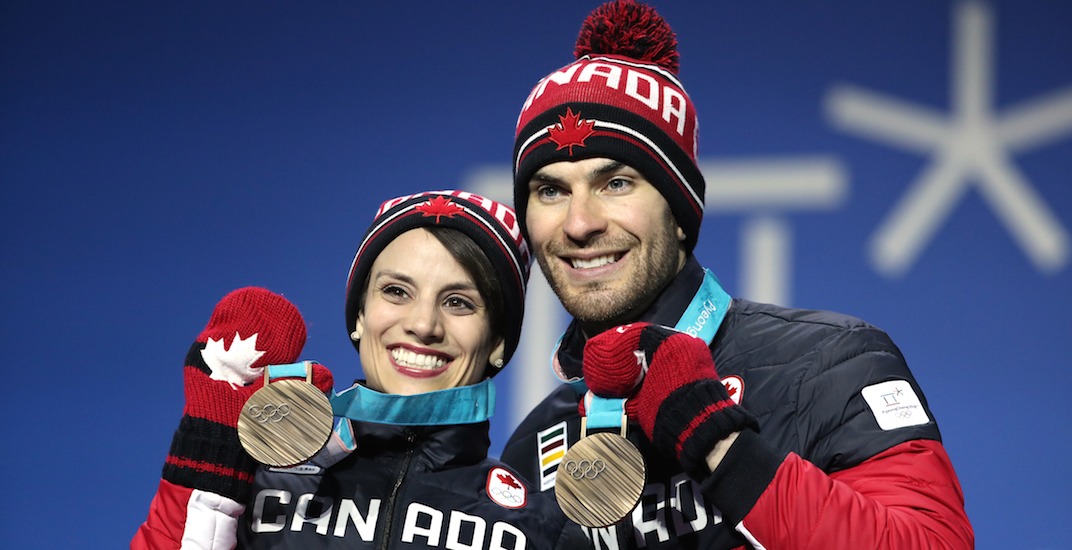 It was a huge day for Canada on Day 6 at the Winter Olympics in PyeongChang.

Canada collected three medals, one of each colour.

Long track speed skater Ted-Jan Bloemen earned his second medal of these Winter Games, setting an Olympic record and winning gold in the men’s 10,000 race. He’s the first Canadian to win a medal in this event since 1932.

It was sweet redemption for Canada’s lugers in the team relay competition. Robbed of a medal four years ago, they finished in fourth in Sochi despite evidence that the Russian team was doping.

The team of Alex Gough, Sam Edney, Tristan Walker, and Justin Snith won silver this time, and were extremely emotional afterwards. It’s Gough’s second medal of the Olympics (she won bronze in the individual competition), and the first medal for the other three racers.

Rounding out Canada’s medal haul was the pairs duo of Meagan Duhamel and Eric Radford. While they have already won two Olympic medals in their careers – including gold PyeongChang – those came in the team event.

So winning bronze in the individual competition, as Duhamel and Radford did on Day 6, was very meaningful.

Here’s a look at the updated medal standings. Canada sits fifth in gold medals and third in overall medals. 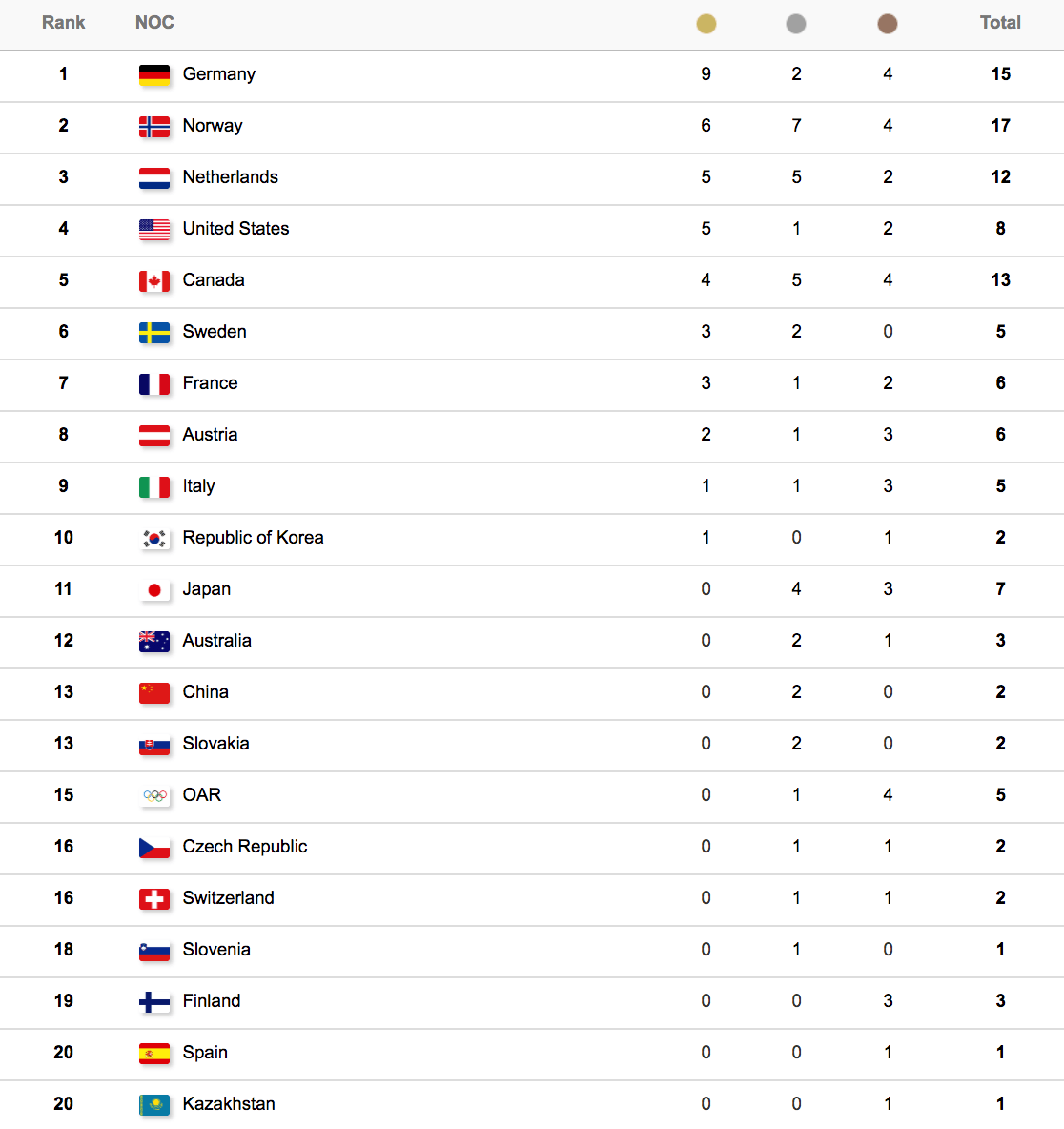