The music festival scene has exploded in popularity in the past few years!

Held annually in April, just down the road from the Canadian hotspot Palm Springs, it is the unofficial kick-off to the summer music festival season.

In 2012, Coachella expanded to two full weekends with identical line-ups each weekend to offset the demand tickets to the popular festival. Despite the expansion, the event continues to sell out quickly and ticket prices on the secondary market can be close to double the face value.

Why is Coachella so popular? Being the unofficial kick-off to festival season, Coachella is often the first opportunity to check out acts who are touring the remainder of the year (either solo shows or on the summer festival circuit); the weather is almost guaranteed to be perfect; the scenery of lush polo fields surrounded by palm trees and desert mountain; and the close proximately to Los Angeles promises guest appearances by music royalty (last year surprise guests included Gwen Stefani, Beyonce, Jay-Z, Usher and many others). 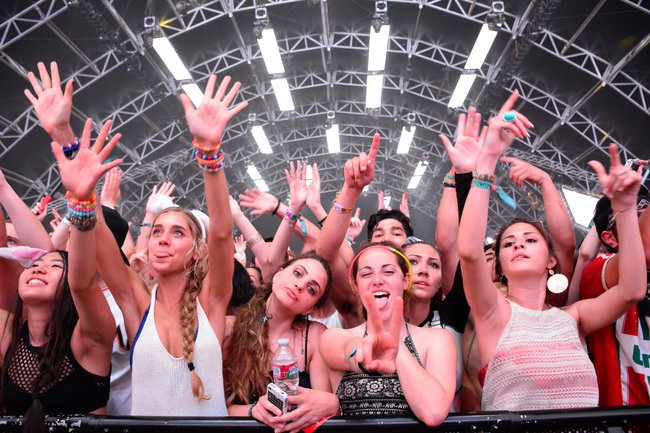 This year, some of Coachella’s headliners are artists who will be making their way to the Vancouver area later in the year: Drake is headlining Squamish Valley Music Festival and AC/DC will be playing Rogers Arena on September 22. For those who are not able to make the trek south for the festival, you can preview these upcoming Vancouver shows by streaming the live broadcast online on YouTube.

But Coachella is more than just music. Beautiful festival attendees set fashion trends for the upcoming summer season. The location of Southern California sets the chill vibe. The massive art installations placed all over the festival ground, along with favourite food trucks from Los Angeles and a craft beer gardens create a Disneyland for adults feeling. For many Vancouverites, Coachella has become an annual musical pilgrimage not to be missed – myself included.

If you are attending Coachella this year, tweet me at @strimby to meet up. I will be scouting the polo fields for attendees showing their Canadian pride!

Tickets:  Coachella 2015 is sold out but secondary market tickets can be purchased Stubhub.com (Stubhub backs the purchase of tickets 100%)

Live Stream: YouTube.com (streaming schedule will be released closer to the event date)