This year’s wildfire season is poised to become one of the worst on record, according to some of the latest statistics from the B.C. Wildfire Service. 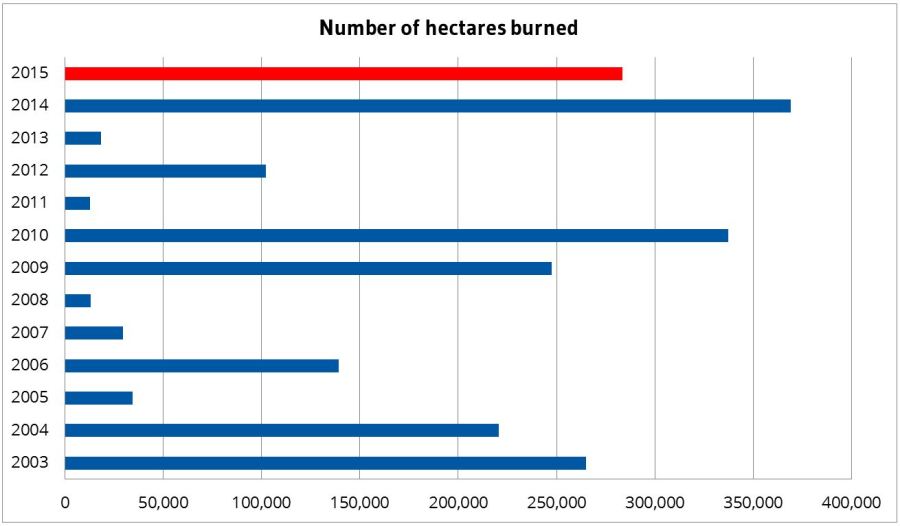 Not only are there many more fires than usual, they tend to be big ones. The largest so far in 2015 has been a 60,000 hectare fire burning in Northern B.C. close to the Yukon border. Another, the Little Bobtail Lake Fire near Prince George, has burned 25,000 hectares.

Provincial money spent on fighting these fires has already peaked $100 million, where the annual average is $145.5 million and there is little reprieve in store for fire fighting efforts as forecasts continue to call for warm temperatures with little rain. Though much of the province received a sprinkling of showers this past weekend, it did little to quench the thirst of the parched earth.

The total number of active fires reached 250 as of Monday morning, growing from 202 recorded on Friday. The B.C. Wildfire Service highlights 115 fires of note, including fires larger than 10 hectares.

To match normal precipitation levels between April and September, Vancouver would need an additional 263.6mm of rain between now and the end of September. We typically only receive 123.2mm during this period.