2014 was officially the Earth’s hottest year on record, according to scientists at the U.S. National Oceanic and Atmospheric Administration and NASA.

With 135 years of record keeping, NOAA and NASA have confirmed that temperatures on earth last year beat previous records from 2010 and 2005. Data shows the average temperature across global and and ocean surfaces was 0.69° C (1.24° F) above the 20th century average. 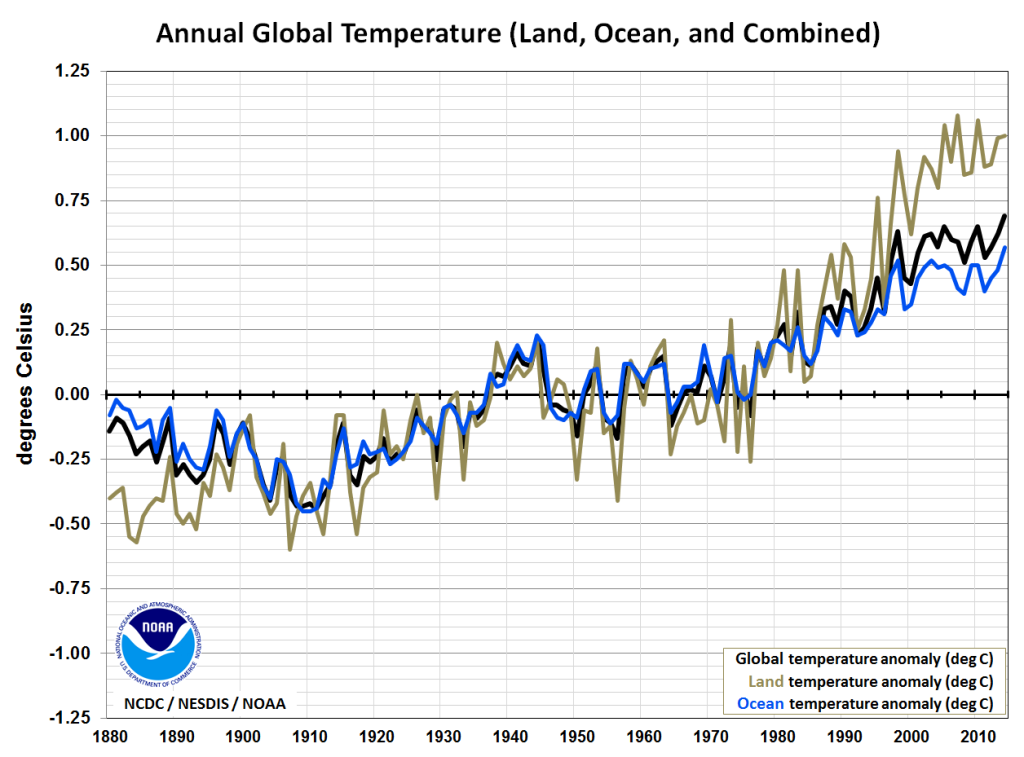 While not every country or continent experienced record heat, much of the planet was significantly warmer. Alaska and Europe; significantly Germany, Austria, Sweden, France, Belgium and the United Kingdom, experienced their warmest year on record.

Significant weather and climate events occurred over much of the world. 2014 was a dry year for South Africa with droughts at the beginning of the year ranked as the worst since 1933. New Zealand was also notably drier than normal, with March 2014 marking it’s third driest on record.

Wet conditions and heavy rains plagued Morocco in November as some weather locations recorded normal annual rainfall totals accumulating in only a few days. India and Pakiston were severely affected with floods in September, displacing about 100,000 and causing 250 fatalities. India was again hit in October with Cyclone Hudhud which garnered a 24 hour rainfall total of 380mm in one region.

Meanwhile, Typhoons Halong and Nakri pummeled Japan with its wettest August since 1946.

Around the globe, the warmest recorded regions were: