RCMP are hoping that the release of store security footage will lead to arrest of the two suspects who stole $200,000 in jewelry from the Hudson’s Bay in Langley.

During the early morning hours of April 7, CCTV shows a black Toyota pickup driving into parking lot of Willowbrook Shopping Centre. The suspects stopped just outside the store and crashed the truck’s rear into the store entrance doors. A 2 X8 post was also on the truck’s back bed to penetrate the double doors.

The men are then seen rushing into the store, using a crow bar to smash display cases, and dumping jewelry into a large bag.

Two days later on April 9, a similar smash-and-grab occurred in the Hudson’s Bay store at Coquitlam Centre. The two men broke into the store, looted jewelry from display cases, and then fled in a black pickup truck. Police did not release the total value of the jewelry stolen from the Coquitlam location.

The suspects were nowhere to be found when police arrived to the scenes of both incidents. However, police have described both men as approximately 5′ 10″ tall with a medium build. At the time of the incidents, one man was wearing a mask, black hoodie, beige jacket and jeans while the other man was wearing a grey hoodie, sweat pants, gloves and white shoes.

The truck they were driving likely sustained substantial rear damage. 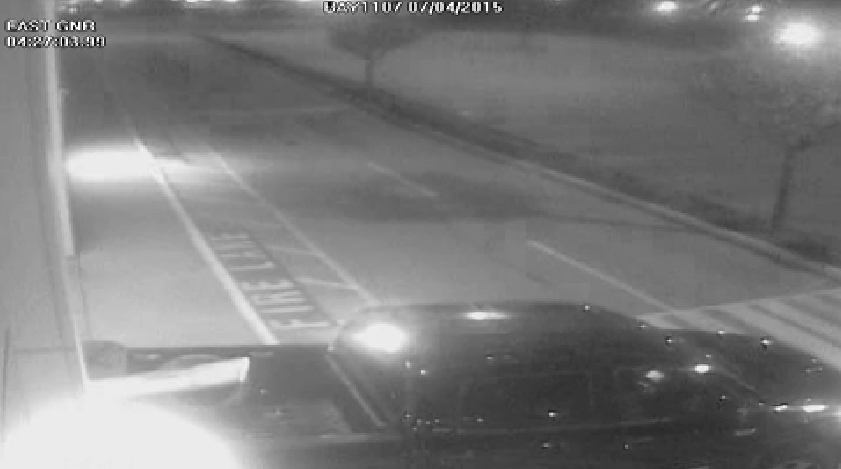