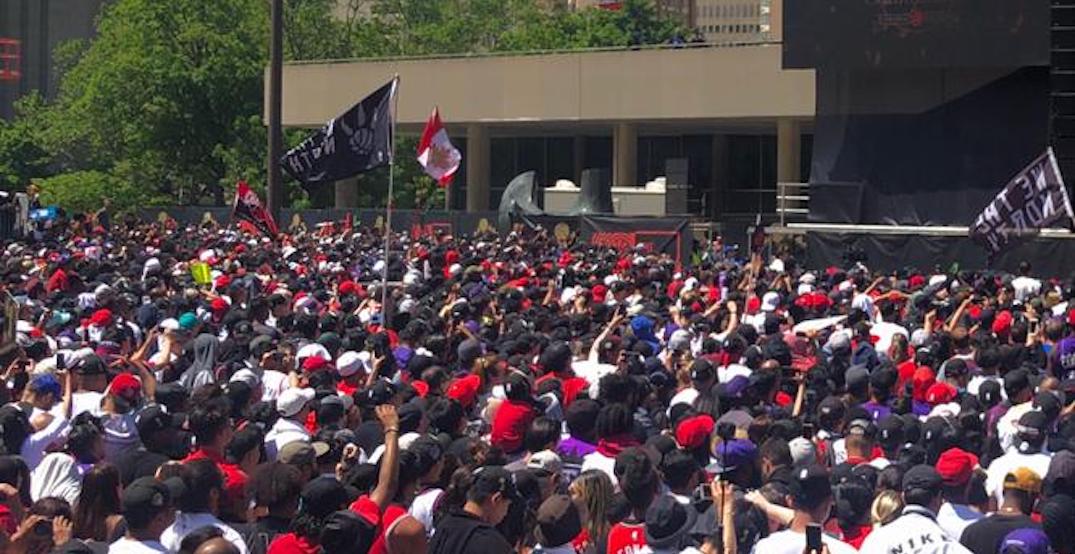 Two people have serious injuries following a shooting at Nathan Phillips Square during the Raptors celebration.

According to police, the incident occurred in the area of Bay and Albert streets.

Police say they located two victims with serious but not life-threatening injuries.

Two additional people are now in police custody, and two firearms have been recovered.