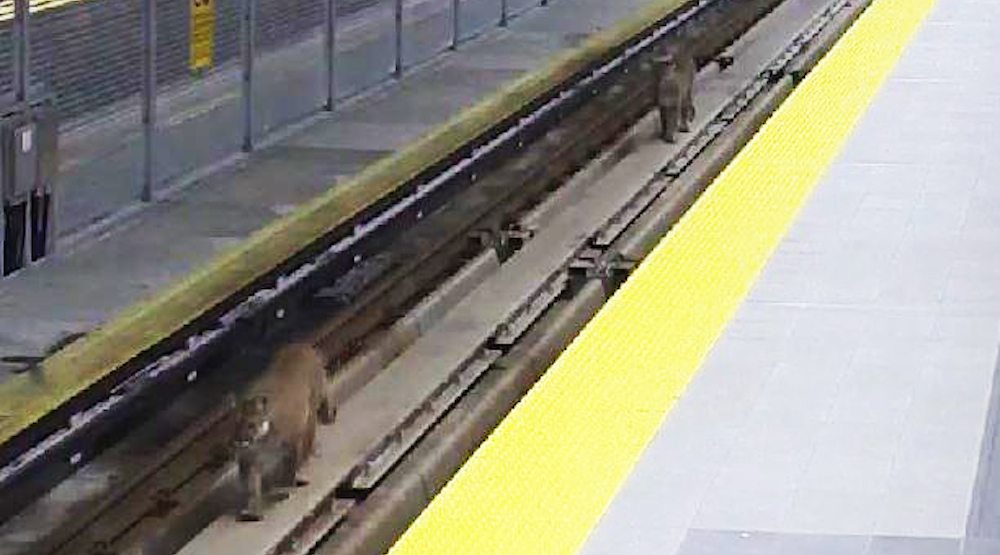 A pair of adult cougars were seen walking on the Evergreen extension’s SkyTrain tracks in Port Moody early this morning.

TransLink spokesperson Chris Bryan told Daily Hive that the incident occurred at approximately 4:15 am when a track intrusion alarm was triggered at Inlet Centre Station. It occurred just before the start of the day’s scheduled service, which meant train movements on the tracks were limited at the time.

CCTV footage captured the giant cats walking along the guideway inside the station, but they did not linger for a long period of time. 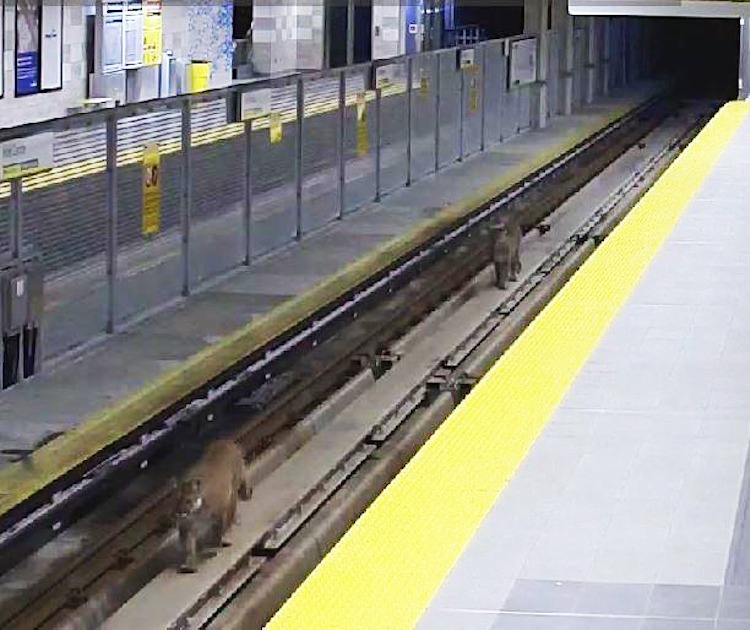 SkyTrain staff searched the system for the cougars but were unable to find them before the start of service.

“It’s not clear how the cougars were able to access or leave the tracks,” said Bryan. “We are inspecting fencing to ensure there are no easy ways in for the cats. We will also be watching in case they return.”

BC Rapid Transit Company has alerted conservation officers to the sighting and requested for guidance in dealing with the animals. Staff have been given a warning, but they have not spotted the animals since this morning.

“While cougars are a first for us, this is not the only time wildlife has been spotted on the system,” Bryan added. “There have been coyote and raccoon sightings in the past. We also see domestic animals on the tracks now and then.”

The Evergreen extension’s route runs through a less populated urban area that hugs the mountains, which increases the likelihood of wildlife encounters. As well, much of the tracks within Port Moody run at the ground level – not elevated or underground – meaning animals could theoretically climb or even jump over the track security fences that prevent track intrusions. 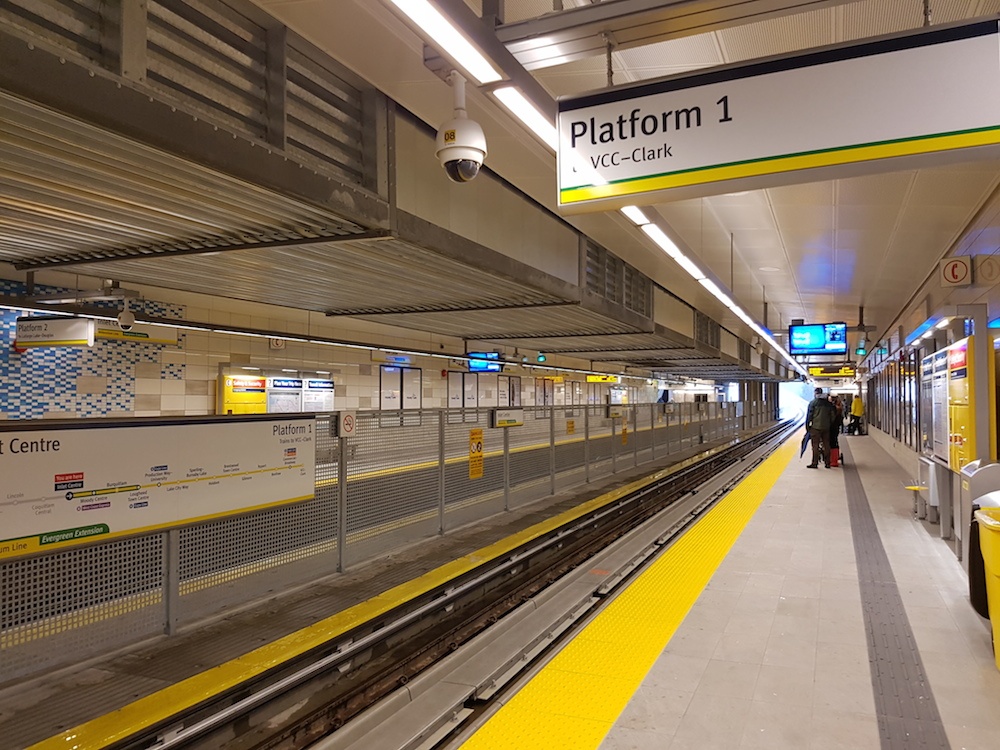