This could create a similar situation to Ceperely Meadows at Second Beach where a bike lane is frequently used by confused cyclists not knowing which way to go.

Like the seawall, the new path will be for both bikes and pedestrians with lines indicating which lane to use but it remains to be seen whether its users will follow the directional markers.

The 3.5-km bike lane will connect Hadden Park near the Maritime Museum to Balsam Street near the Kitsilano outdoor pool. 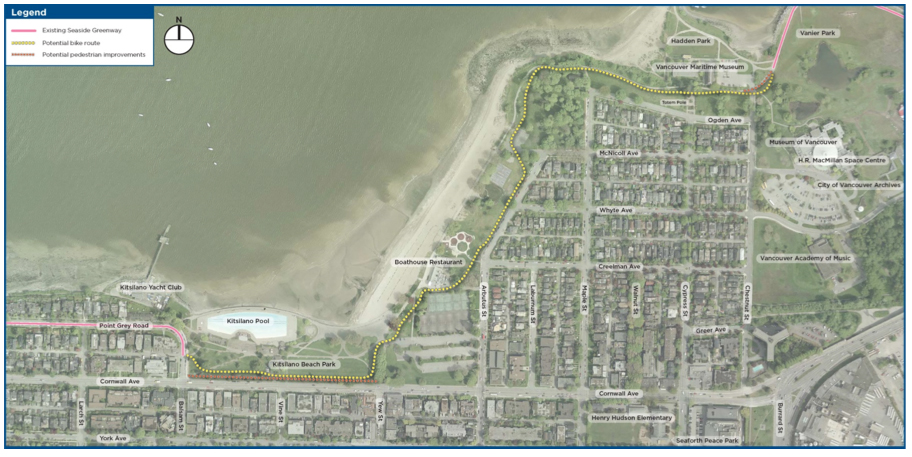