Vancouver Police are investigating a high-speed crash that has left a 17-year-old passenger in hospital in serious condition.

On Sunday morning at 3 a.m., a Mercedes AMG vehicle was driving westbound on Southwest Marine Drive in Vancouver when it continued going straight at a curve, became airborne and crashed into trees at a residential property’s front yard near 57th Avenue.

The car was found crumpled against several trees and its speedometer was stuck at 180 km/h, CTV News reports.

According to a police release on the incident, it was nearly an hour before someone discovered the crash and called for emergency services.

The driver of the vehicle was treated in hospital and released on Monday, but the lone passenger remains in intensive care with head trauma, facial fractures, brain swelling, fractured and possible eye damage.

“This kid was just a passenger in the car, but he ended up with very serious injuries,” said Constable Brian Montague in a statement. “Drivers need to remember that they are responsible not only for themselves, but for their passengers and everyone else on the road.”

Police will not recommend any possible charges until the investigation on the crash has concluded. 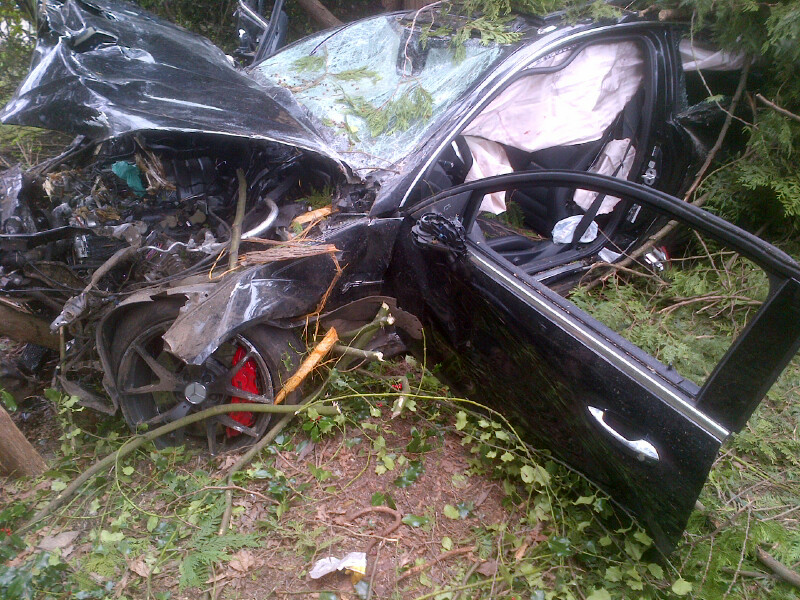