Another architectural gem proposed for the Georgia Street corridor in downtown Vancouver’s West End neighbourhood could help shake off Vancouver’s reputation of having an urban jungle of bland architecture.

Artistic renderings obtained by Vancity Buzz from Westbank Projects Corporation provide a first look at the design of an impressive tower at 1550 Alberni Street that was first revealed to the public during a neighbourhood event in late-June.

Renowned Japanese architect Kengo Kuma has designed a slender 40-storey residential tower for the site, which was purchased by Westbank earlier this year at a cost of $47 million.

‘Carved deductions’ are one of the tower’s most prominent proposed architectural features, with the building’s sections hollowed out on the lower half of the northeast corner and upper half of the southwest corner.

The facade of the tower will be just as striking with the use of a combination of glass and polished anodized aluminum that will provide the structure with an almost chequered appearance.

A rezoning application will be submitted this fall, with the public consultation process beginning shortly after. The scale and concept of the tower follows the City’s view cone policy and recently approved West End Community Plan.

The developer is behind a number of other major local projects including Shangri-La Vancouver, Shaw Tower, Fairmont Pacific Rim, Woodward’s, Telus Garden and the Oakridge Centre redevelopment.

At least three other architecturally unique towers are planned for the area near the intersection of West Georgia and Nicola streets.

Bosa Properties’ plans to construct two towers in the immediate vicinity: a 51-storey, 500-foot-tall Jenga-like residential tower at 1500 West Georgia and a scaly 26-storey tower at the northeast corner of West Georgia and Cardero streets.

According to Westbank, a 50-storey tower designed by local architect James Cheng is also planned for a flatiron-like development site at 1445 West Georgia Street. The design for this tower has not been revealed at this time. 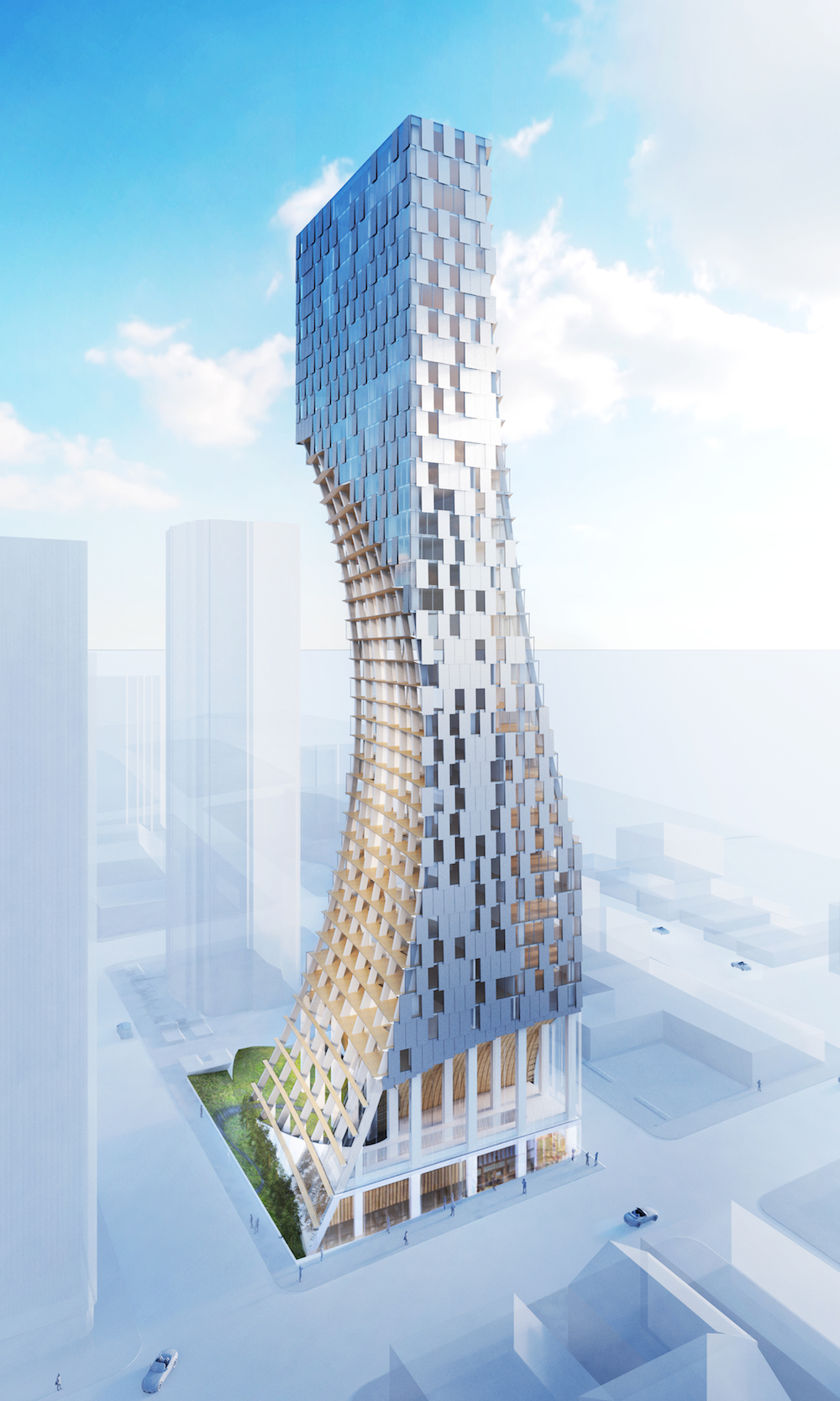 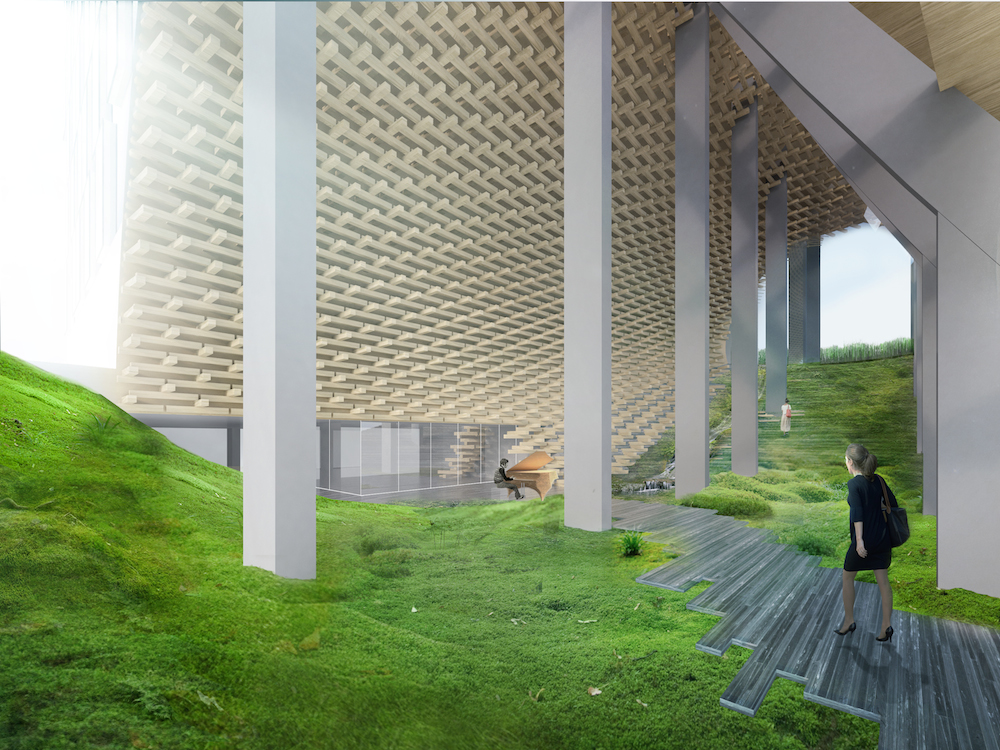 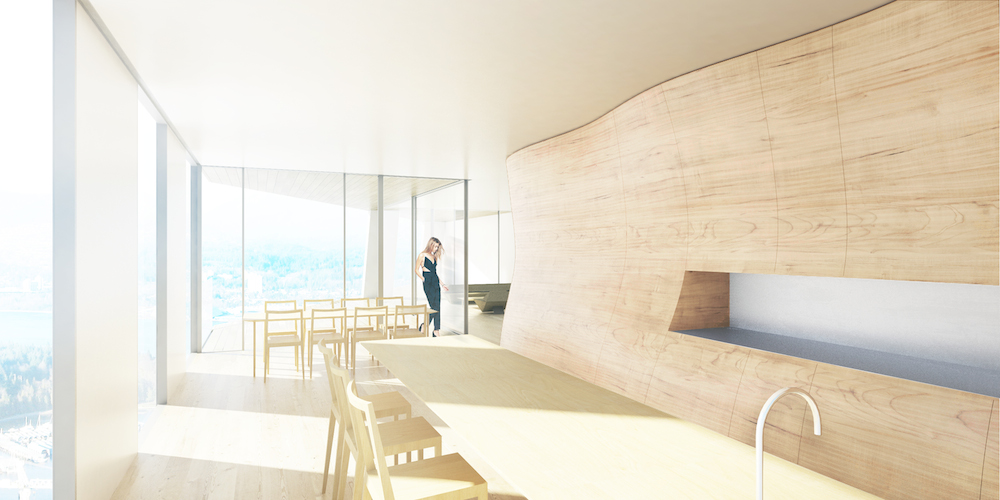 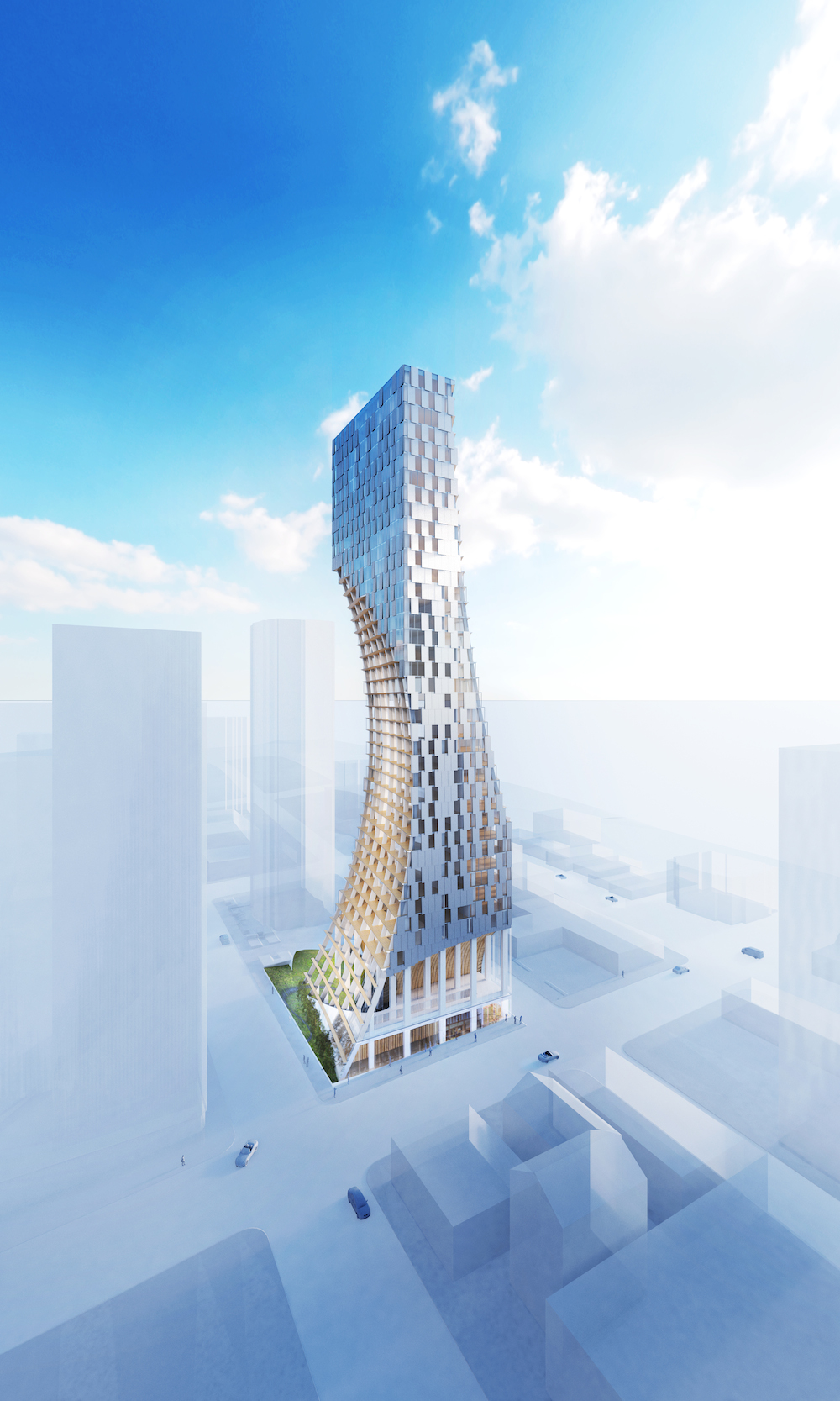