Giant doughnuts, giant everything for that matter, museums of the bizarre, striking public art, and paranormal phenomena: North America’s strangest roadside attractions are off the grid and worth the detour. 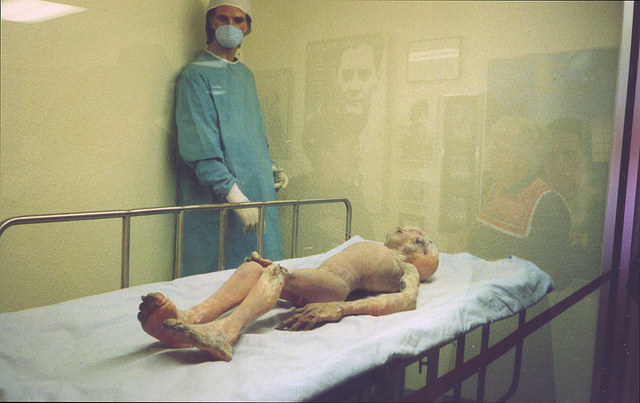 Something went bump in the night in 1947 just outside of Roswell, New Mexico. The incident would have flown under the radar, except for the conspicuous efforts to hush it up. As a result, Roswell has been obsessed with extraterrestrial life ever since. You’ll encounter many bizarre alien themed oddities about town, the weirdest of which is the UFO Museum, which claims to document the cover up as well as display far-reaching theories with super fun visual dioramas. “UFO researches” make pilgrimages to their rather extensive UFO library. 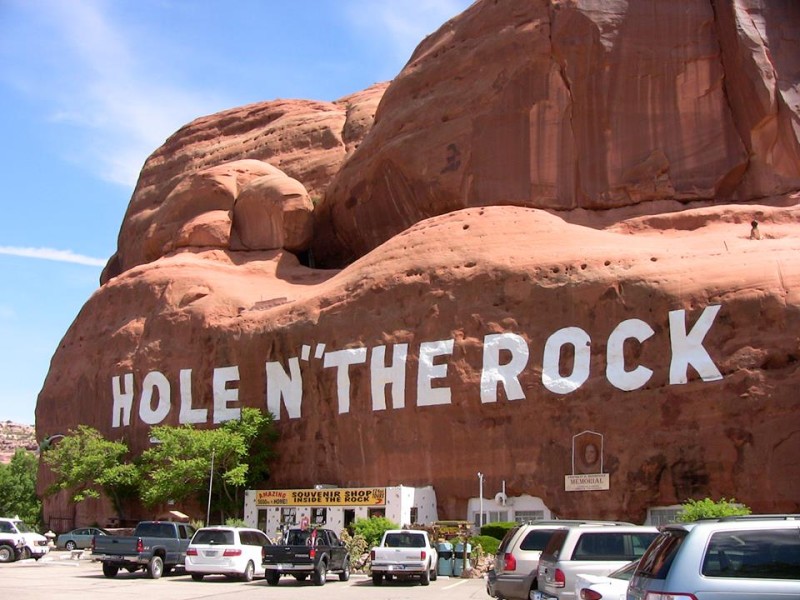 It seems folk other than goblins live in the mountainside. Roll through Moab, Utah on US Highway 191 and you’ll come across Hole N’ The Rock, the former home of Albert and Gladys Christensen who carved their abode into a sandstone cliff in the 1940s. What began as a small alcove for their kids to play in grew into 14 echoing chambers and 5,000 square feet, including a deep soaker sandstone bathtub. Although the Chirstensens have passed, their bizarre dwelling is open to visitors who can check out Gladys’ extensive doll collection as well as the zebras, bison and camels in the petting zoo. 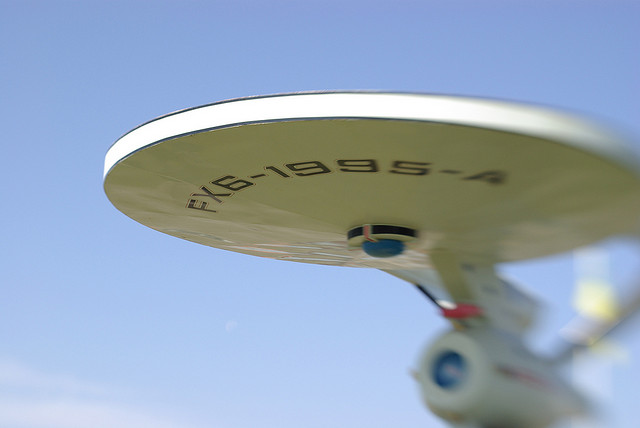 Find Stark Trek on the frontiers of Alberta in a little town called Vulcan. To honour its coincidental trekkie name connection, Vulcan has constructed a themed tourist station, complete with a giant replica of the Starship Enterprise. As a result, the town prospers from the thousands of fans who trek out to visit this welcoming, if not a tad odd, small community. This is perhaps the only place in the world where you can you carry a bat’leth in the grocery store, tell people you will meet them at the transporter, or make comments about Pon Farr and not get strange looks. 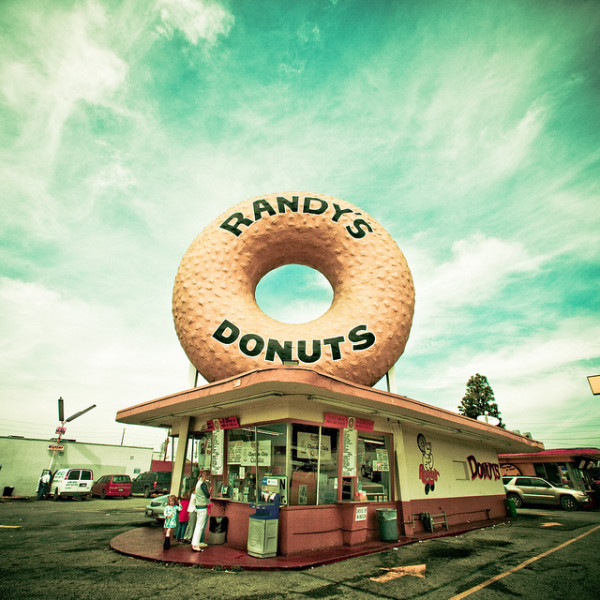 Holy cr*p! It’s a bird, it’s a plane… Oh! It’s a gargantuan doughnut in the the sky. Just six minutes from LAX, the world’s largest doughnut towering over the road denotes Randy’s Donuts, a must-visit snack break on your way to or from an LA flight. Built in 1952, you may have already seen it this treat in Hollywood tributes such as Randy Newman’s “I Love L.A.” It’s worth a taste too. Take advantage of the drive through.

Oregon Vortex and House Of Mystery 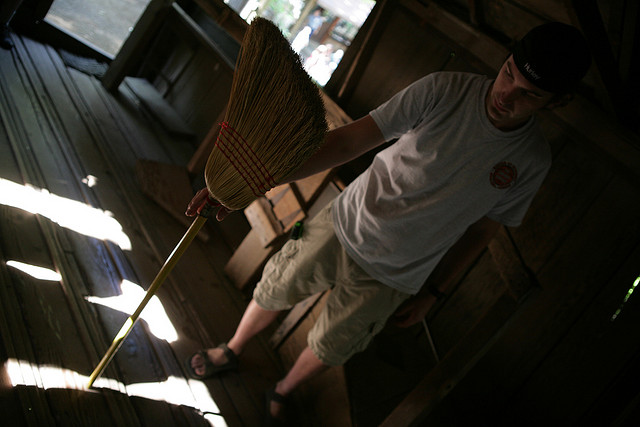 Sure to freak you out, the Oregon Vortex is (most likely) a scientific phenomena. According to the locals, the aberration was first noticed when an gold mining office built onsite in 1904 slid from its foundation and came to rest at an odd angle. The tourist trap, or attraction, depending on what you believe, has been open since 1930. The bizarre sights (brooms standing on end, odd tilts, height changes, balls rolling uphill) are supposedly gravity optical illusions caused by a confluence of magnetic fields. Some also claim animals steer clear of the area. You can decide for yourself, by joining the throngs of other tourists, mystics and scientists captivated by the inexplicable. 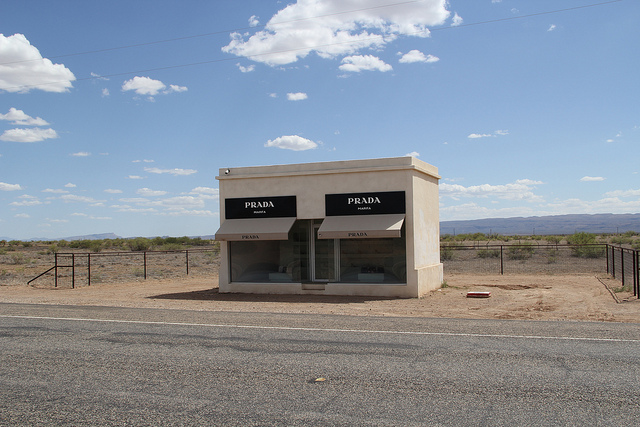 This petite town situated on the high plains of the Chihuahua desert is a world class art destination, drawing connoisseurs from far and wide with roadside installations including 15 giant concrete boxes by Marfa pioneer and minimalist artist Donald Judd, as well as the tongue-in-cheek Prada Marfa sculpture, a perfect recreation of a Prada store by artists Elmgreen and Dragset in the middle of the West Texas desert. Bonus: a food scene worthy of several write ups by the NYTimes. 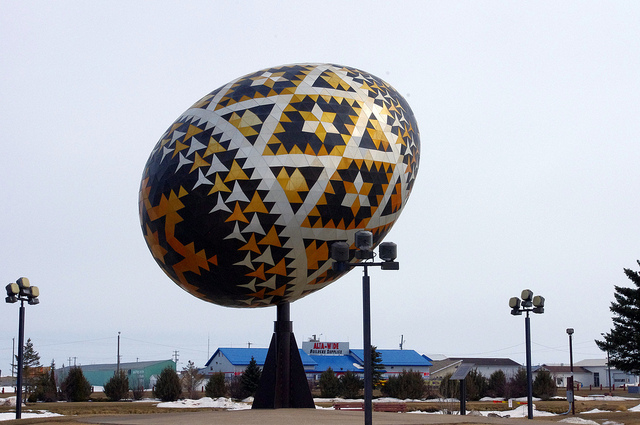 Ginormous and surprisingly beautiful, the town of Vegreville commissioned this 31-ft., three-storey sculpture of a Ukrainian Easter egg from Canadian artist Paul Semaliuk. Why egg-actly? To honour the area’s Ukrainian pioneer heritage. In addition to being immense, the egg is also an immense jigsaw puzzle containing 524 star patterns, 2,208 equilateral triangles, 3,512 visible facets, 6,978 nuts and bolts, and 177 internal struts. Its recognized around the world as an achievement of mathematical, architectural and engineering firsts. More fun factoids: it leans at a 30° relative to the base, and turns with the wind similar to the motions of a weather vane. 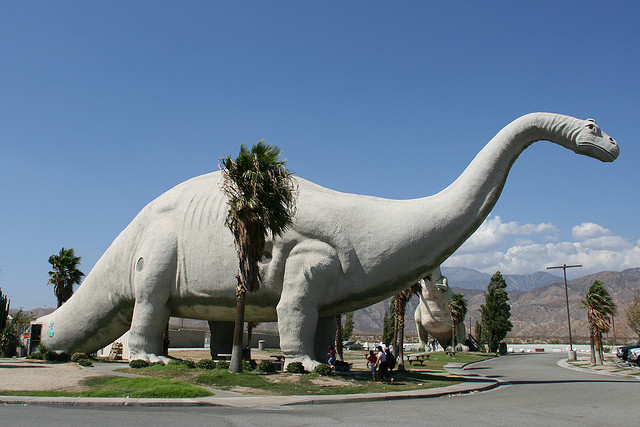 If you were the kid with the dino obsession, Cabazon’s Dinosaur Park is the weird roadside attraction for you. You can climb up to the top of a life-sized t-rex and meet the world’s largest concrete dino, the 150-ton apatosaurus. In the days of yore, these dinos biggest achievement was a cameo in Tim Burton film Pee Wee’s Big Adventure; today, their fame has spread thanks to a timely appearance on the Instagram blog. 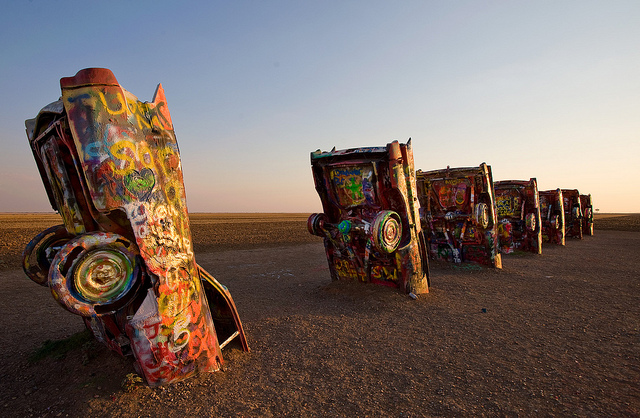 This monument to the great American dream consists of 10 vintage Cadillacs half-entombed in concrete with their iconic tail fins poking into the bleak Texas sky. The artists (Chip Lord, Hudson Marquez and Doug Michels) were a part of the art group Ant Farm and put this together for millionaire Stanley Marsh in 1974. At the time, the Cadillac was the status car. Folks tried to keep up with each other purchasing the latest it model. The fun part about visiting this kooky attraction in 2014? You’re welcome to leave your mark and add to the graffiti already covering each vehicle. 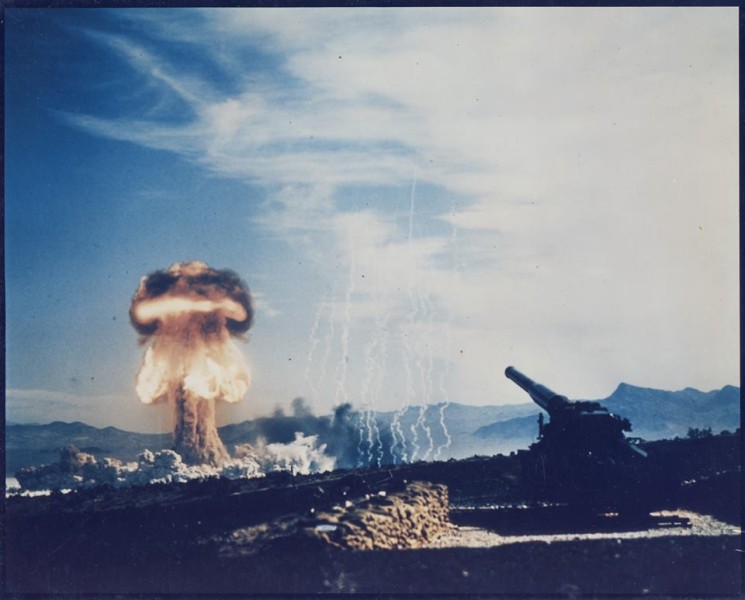 We all know things have a tendency to blow up in Vegas, but the Atomic Testing Museum takes it to a new level. It may blow your mind. The historic US nuclear test site in Nevada is explained at this educational, but somewhat dark, museum. You’ll feel the full impact of the scary fact that nuclear devices were set off nearby in the 1950s, and you could see the mushroom clouds from Vegas. The experience includes a simulated atmospheric bomb blast and the opportunity to test your radiation level with a Geiger counter. 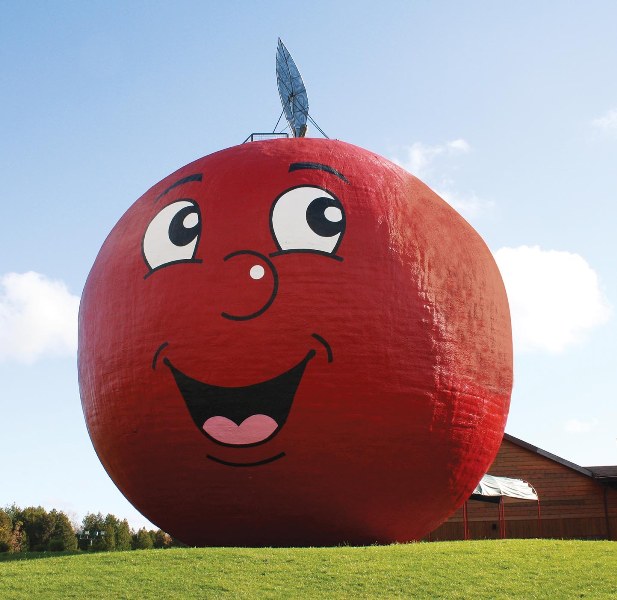 If you thought the big apple was a NYC reference, think again. We’re talking about Ontario. It’s impossible to miss the cheerful, massive Mr. Apple Head off Highway 401 when driving between Ottawa or Montreal and Toronto. Other reasons to stop besides the kooky photo op? A country eatery with apple-themed  diner fare (you can even have apple on your bacon grilled cheese) and fresh-pressed cider. They also offer many free, family-friendly activities such as mini golf. 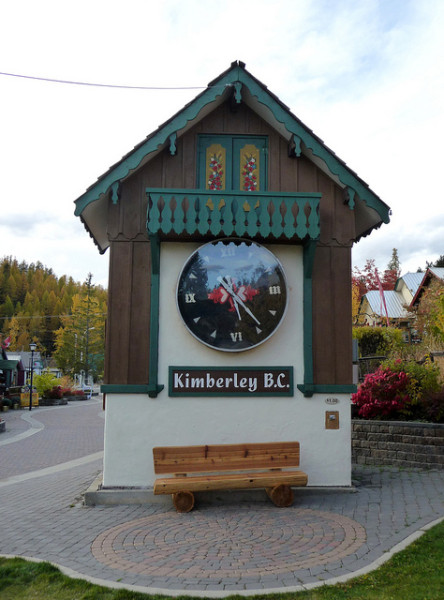 Tucked between the Purcell and Rocky Mountains, Kimberley is predominantly known as a ski destination with superb powder. Perhaps taking a tip from the Bavarian ski towns in the Alps, they’ve also boast the world’s largest cuckoo clock. Stick a coin in and meet Happy Hans, a yodelling, mustachioed man clad in short leather shorts, who pops out hoisting a beer stein.

There are many more giant, weird or peculiar roadside attractions in North America. What have you rolled by?