There are plans to redevelop the former site of Il Giardino Restaurant, which closed in spring 2013, into a sleek-looking 39-storey residential building.

According to a rezoning application submitted to the City of Vancouver, British property developer Grosvenor Americas is seeking to construct a tower with a total area of 244,000-square-foot on a 15,000-square-foot site on the northeast corner of Hornby and Pacific streets (1380-1382 Hornby Street) in downtown Vancouver. It will have a floor space ratio of 16.25.

The project consists of 212 market residential units, 238 underground parking spaces, and the restoration and relocation of the historic Leslie House structure.

The design of the tower is a collaboration between two architectural firms: Montreal’s ACDF Architecture, which also designed the casino-hotel entertainment complex next to B.C. Place Stadium, and IBI Group Architects.

On the Hornby Street facade, triangulated balconies – seemingly punctured into the building envelope – will act as an extension of the interior space while also adding texture to the exterior. The perimeter of the facade will be wrapped by brushed stainless steel to “accentuate the colour of the sky, giving the tower a delicate silhouette” and white stone will be used as the trim for the horizontal bands that form the balconies.

For the ground level facade, rectangular angled columns pay homage to the small single-family houses that the area was once known for. As a symbolic extension of the adjacent “Leslie House,” the columns will be made of horizontal corten steel that age over time.

“The animated materiality complements the pure massing of the tower,” reads the design rationale by project proponents. “The typical hazy clouds that hover above the Vancouver skyline inspired the subtly animated design for the East and the West facades. The abstracted pictorial composition of balconies and soffits refers to the sky’s condition and captures light, creating an elegant emblematic effect, rejecting grand gestures that exist out of context.”

To kick off the public consultation phase, proponents for the project will host a community open house on February 24, 2016 from 5 to 8 p.m. at Holiday Inn, 1110 Howe Street.

The project is just half a block away from Westbank’s Vancouver House and Jim Pattison’s Burrard Place, two of the largest mixed-use development projects in the downtown peninsula. 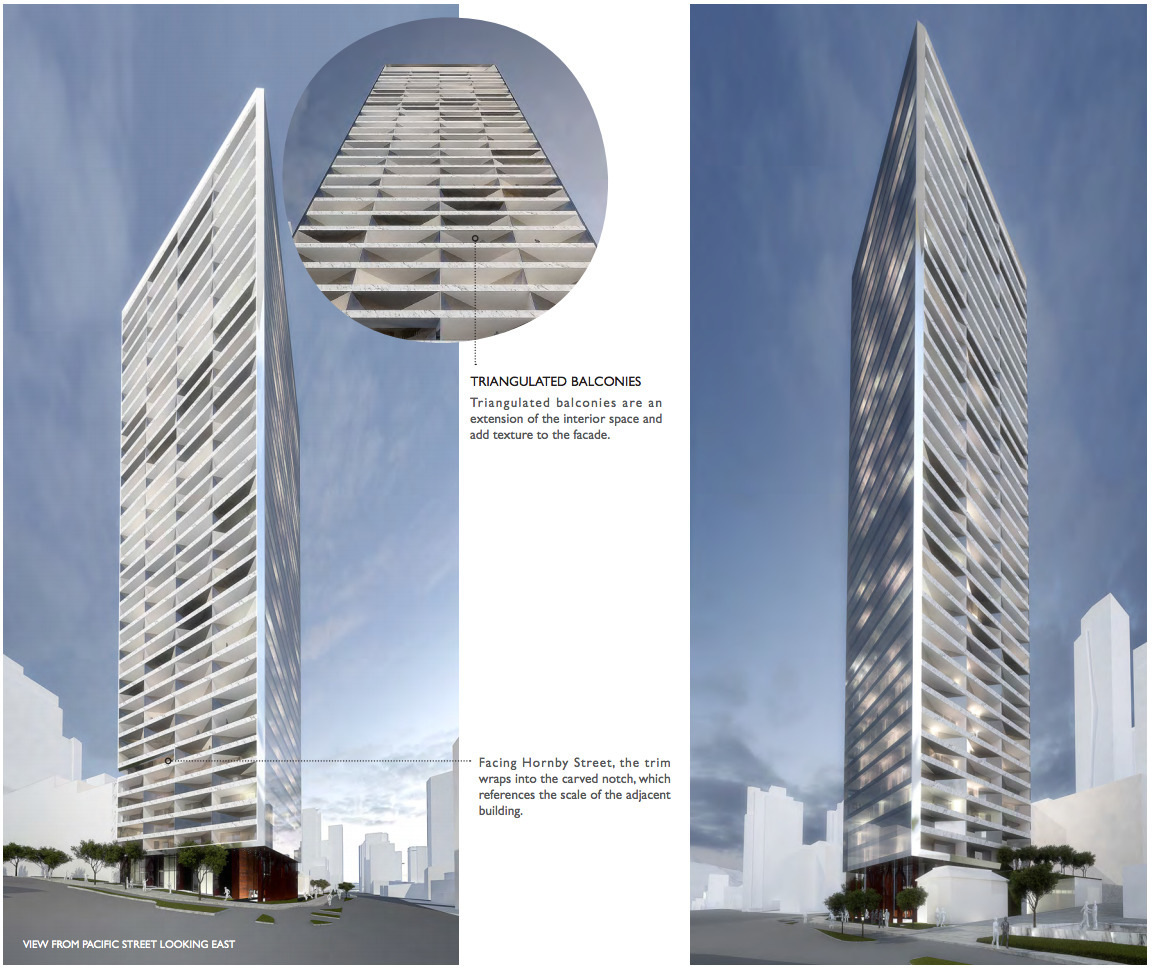 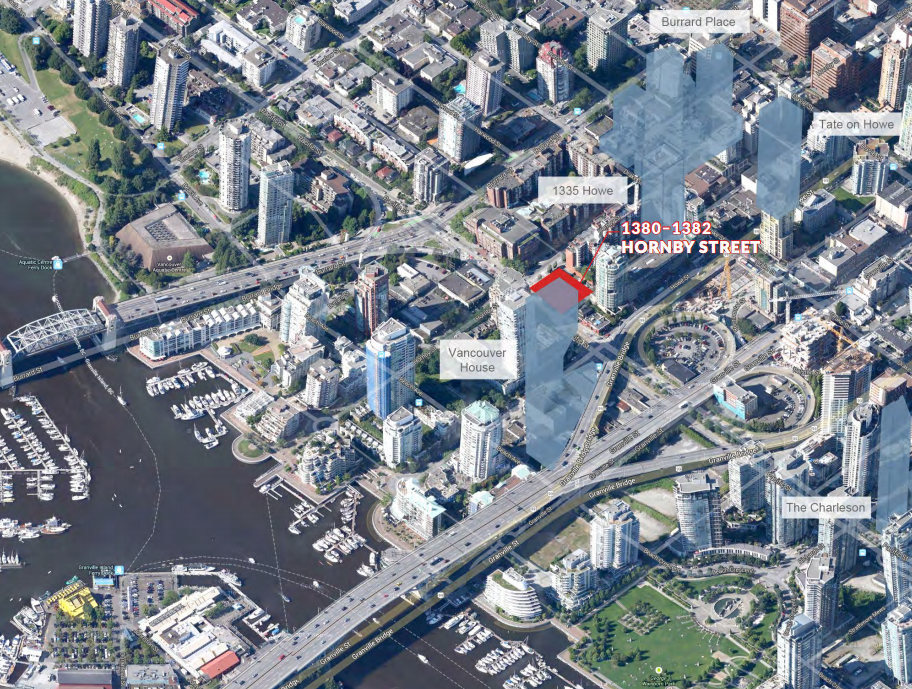 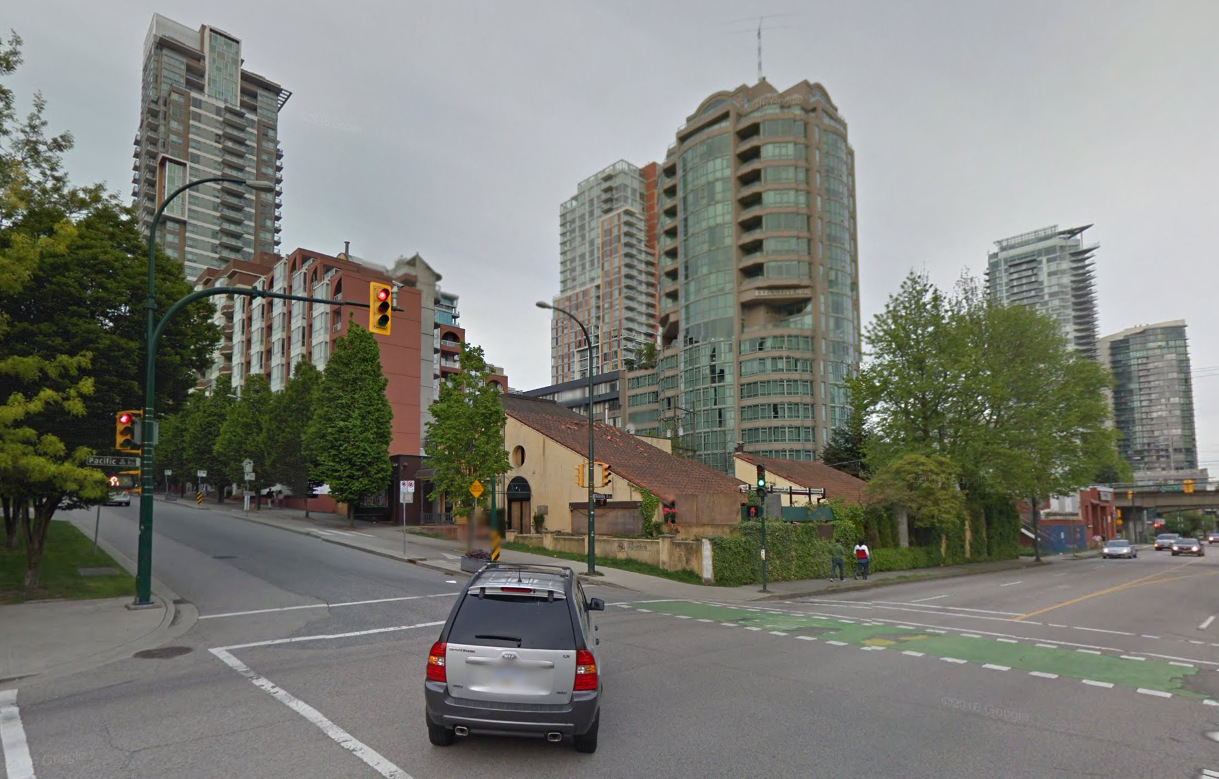