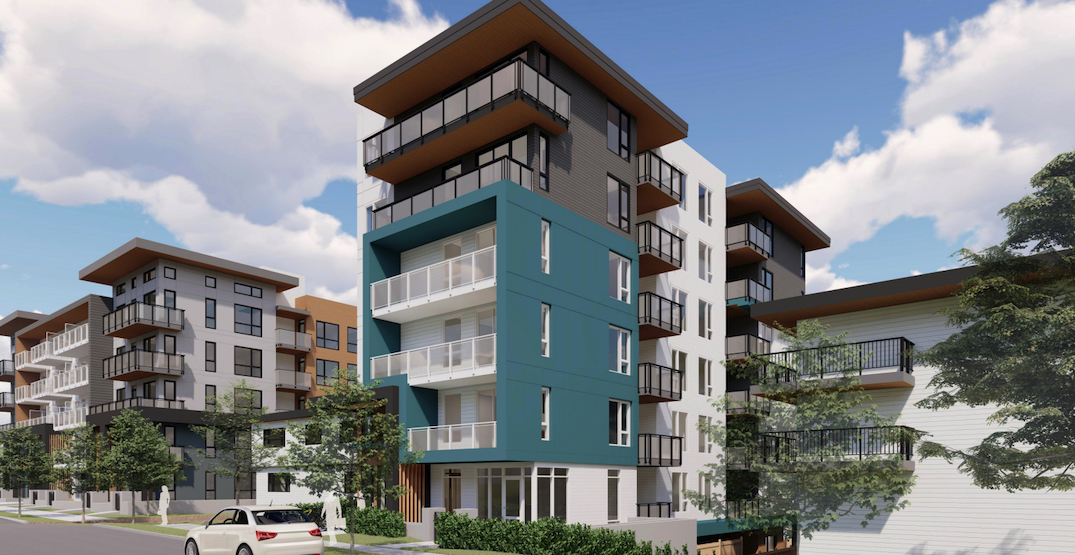 Earlier this week, North Vancouver City Council approved a mixed-use, six-storey building with multi-family rental housing and a childcare facility with no parking for residents.

The project at 133 East 4th Street in Lower Lonsdale, currently occupied by Gospel Hall Church, is being developed by Three Shores Development. It will have 23 secure purpose-built rental homes, including three below-market units, as well as ground-level, 2,550-sq ft childcare facility with a capacity for up to 24 kids.

As this is a narrow lot, building underground levels for vehicle parking would be a costly and physically challenging proposition, which is a situation shared by the narrow, old multi-family buildings to the east of the site. The building’s primary use as rental housing also complicates the economics of providing dedicated parking spaces. 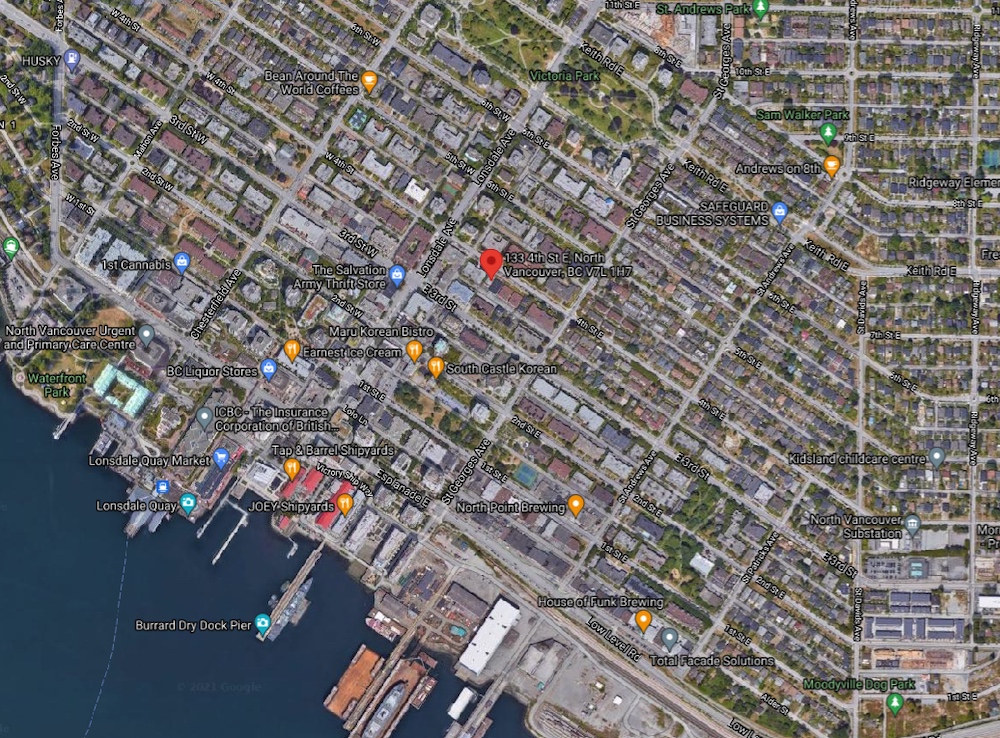 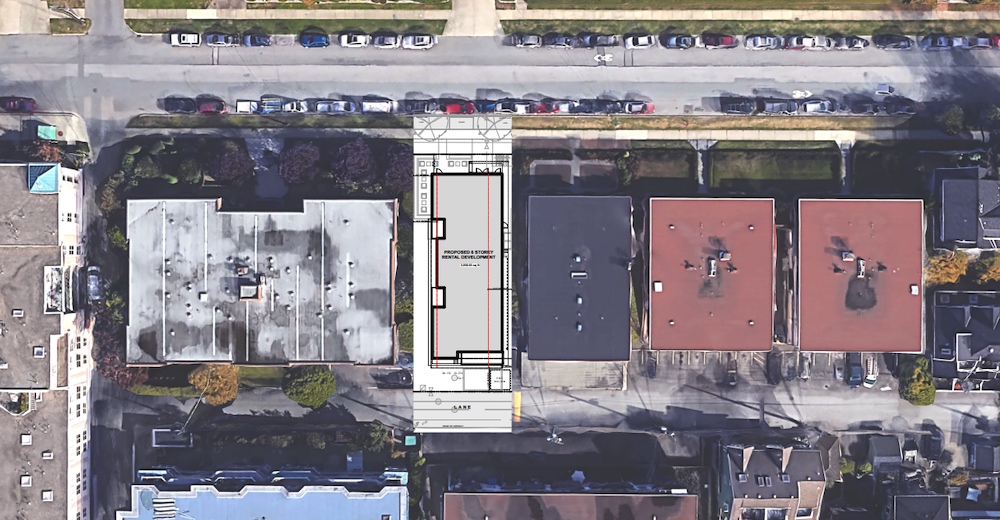 Furthermore, across the region, there is an emerging trend of lowering minimum parking standards for new developments, especially for rental housing.

“Developing small-scale properties of any kind, particularly multi-family is extremely challenging given the cost inefficiencies to do so,” Mehdi Shokri, the principal of Three Shores Development, told Daily Hive Urbanized.

“We are fortunate that given the close proximity to a larger project next door that we could make the economics of taking on a project of this size work. Outside of costs, the timing to entitle and go through the permitting process adds further risks that make taking on such projects not feasible.” 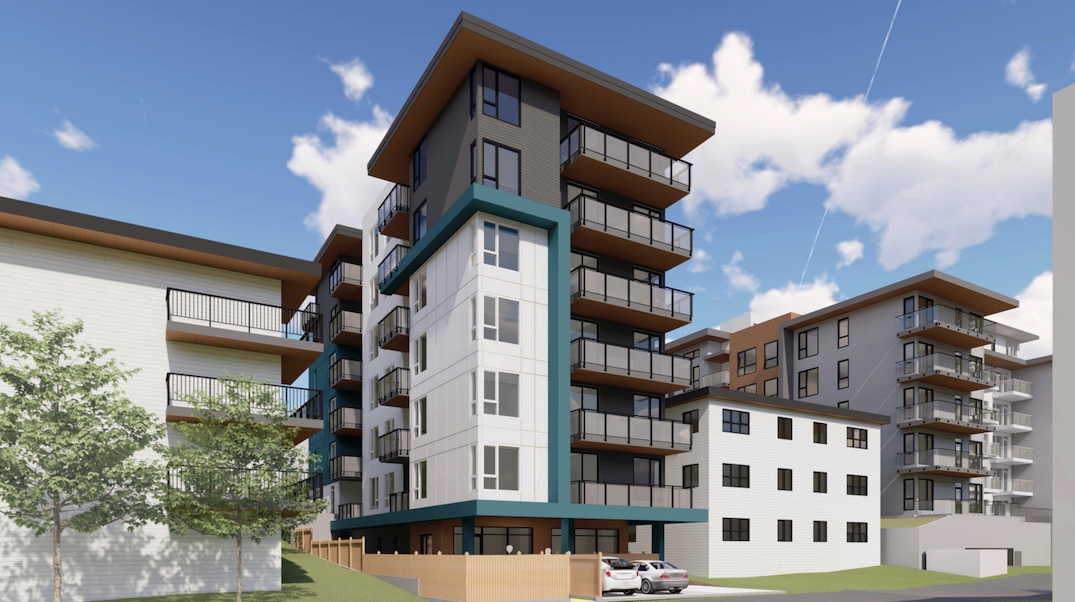 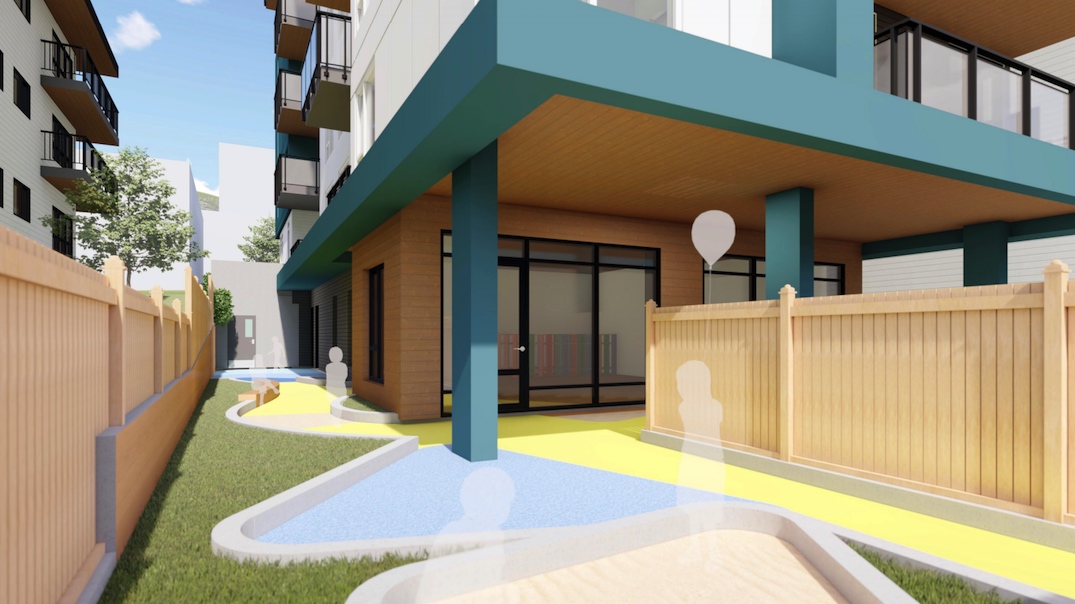 Only two surface vehicle parking stalls will be provided for the childcare facility, with potentially more stalls for its operations at another future redevelopment by the developer on the same block. Space that would typically be dedicated for a driveway from the laneway to the underground parkade is dedicated for an outdoor play space for childcare.

Their transportation management analysis found that there are 252 on-street parking spaces within one block of the site, which would allow some residents to park on the street.

More importantly, this is a transit-oriented location, with the R2 Marine Drive RapidBus stop at the intersection of Lonsdale Avenue and 3rd Street only half a block away, and the Lonsdale SeaBus terminal and bus exchange under a 10-minute walking distance. A subsidy for a monthly transit pass will be provided to 15% of residents over two years. 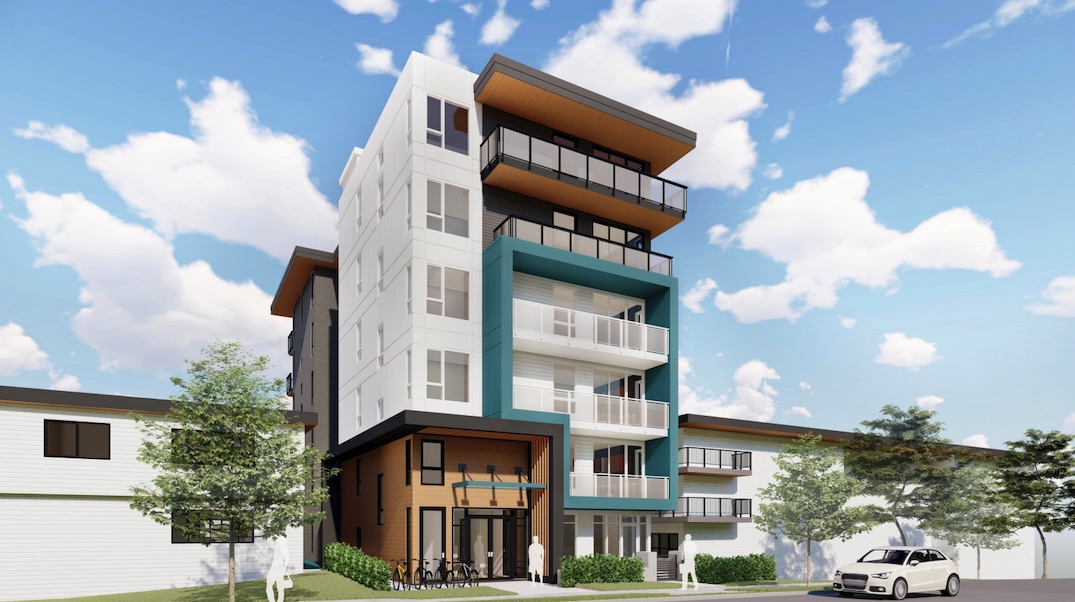 Shokri adds that his company is also providing enhanced bike parking, a bike repair stand and a wash station, and $50,000 to the city towards upgrading the 4th Street bike lane.

A post-occupancy tenant study will be conducted after a year to provide findings to city staff on the effectiveness of public transit and active transportation as alternatives to driving.

“This approval does not intend to force people to have to stop driving cars but give options to those who may choose not to or value a lifestyle that aims to live near alternative modes of transportation and have convenient amenities within walking distance that allows this choice to be feasible,” he said. 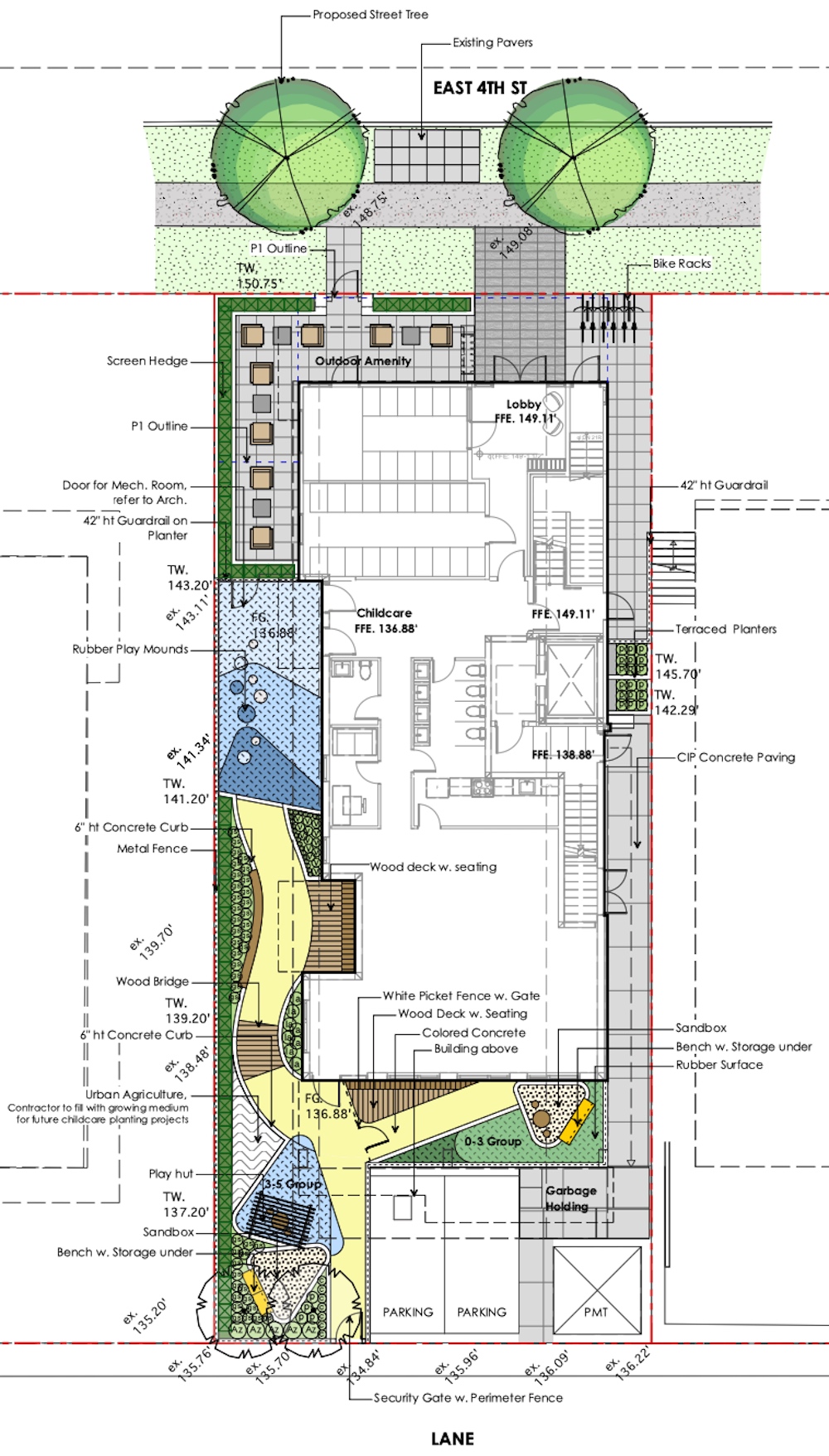 There is a heightened demand for rental housing on the North Shore, particularly to support people who work on the north side of Burrard Inlet but live on the south side due to a shortage of suitable housing in North Vancouver and West Vancouver.

“We are committed to building and owning rental housing on the North Shore because we fully recognize that the supply needs to be significantly increased in order to be able to address the low vacancy rates, which by any means are not healthy when trying to address affordability,” continued Shokri.

“The demand far outweighs the supply; however, we commend the City of North Vancouver staff and council with their rental policy that has assisted in making significant steps in the right direction with respect to both market and non-market rental supply.”