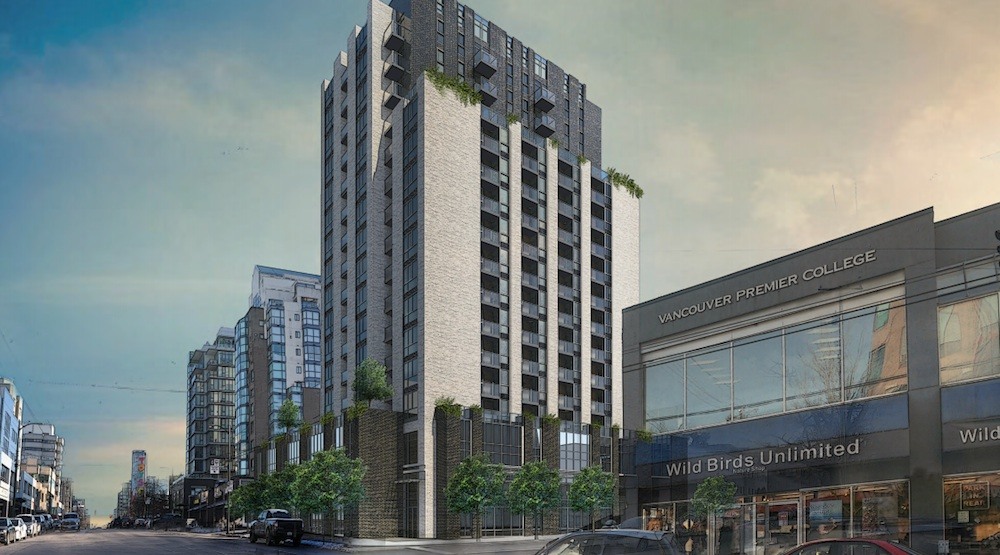 One of Vancouver’s last remaining Denny’s family chain restaurants could be replaced with rental housing and retail. 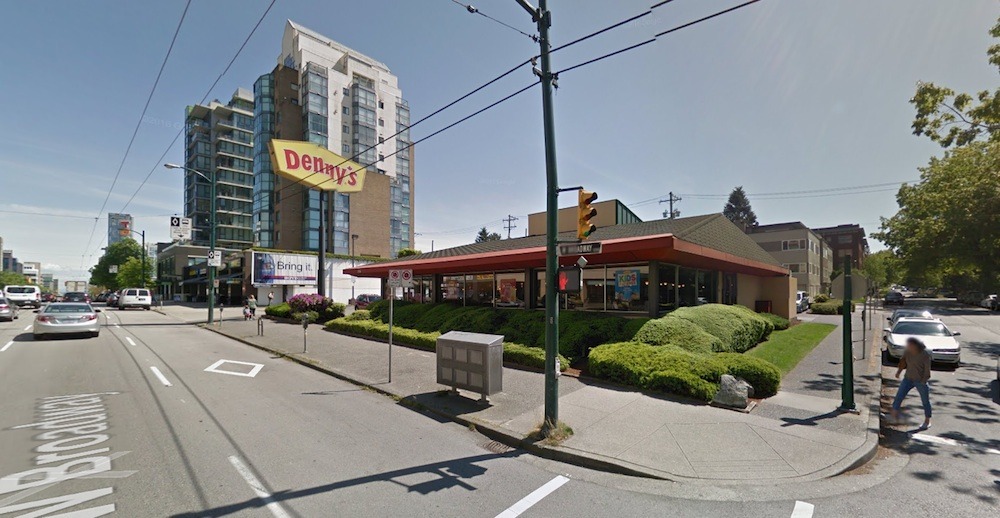 The 159-foot-tall, 16-storey mixed-use project consists of 153 units of rental housing, with a mix of 27 studio units, 70 one-bedroom units, 41 two-bedroom units, and 15 three-bedroom units. The project falls under the municipal government’s Secured Market Rental Housing Policy that encourages the inclusion of units designed for families, which is a unit with two or more bedrooms.

The first two lower levels are designed for retail use, totalling 30,220 square feet in new retail – making the project one of the largest retail additions to Central Broadway in years. There will also be 168 underground parking spaces to support residents and businesses. 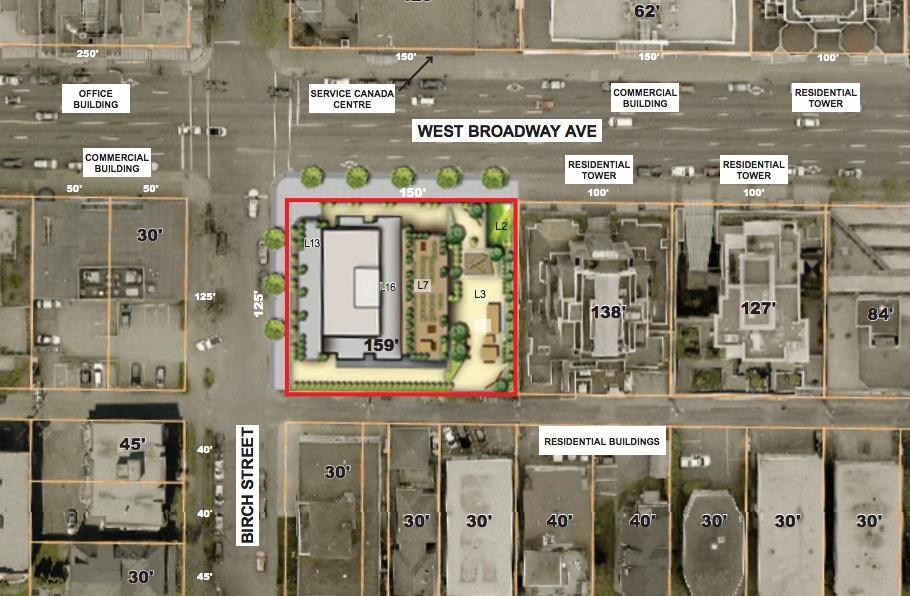 Altogether, the project would create a floor area of 133,000 square feet, reaching a floor space ratio density of 7.07.

A wave of major redevelopment projects are expected for the Central Broadway corridor once plans and funding for the underground extension of SkyTrain’s Millennium Line is confirmed. This latest development proposal, for instance, is just two blocks east of the proposed South Granville Station location and three blocks west of the proposed Oak Street Station. 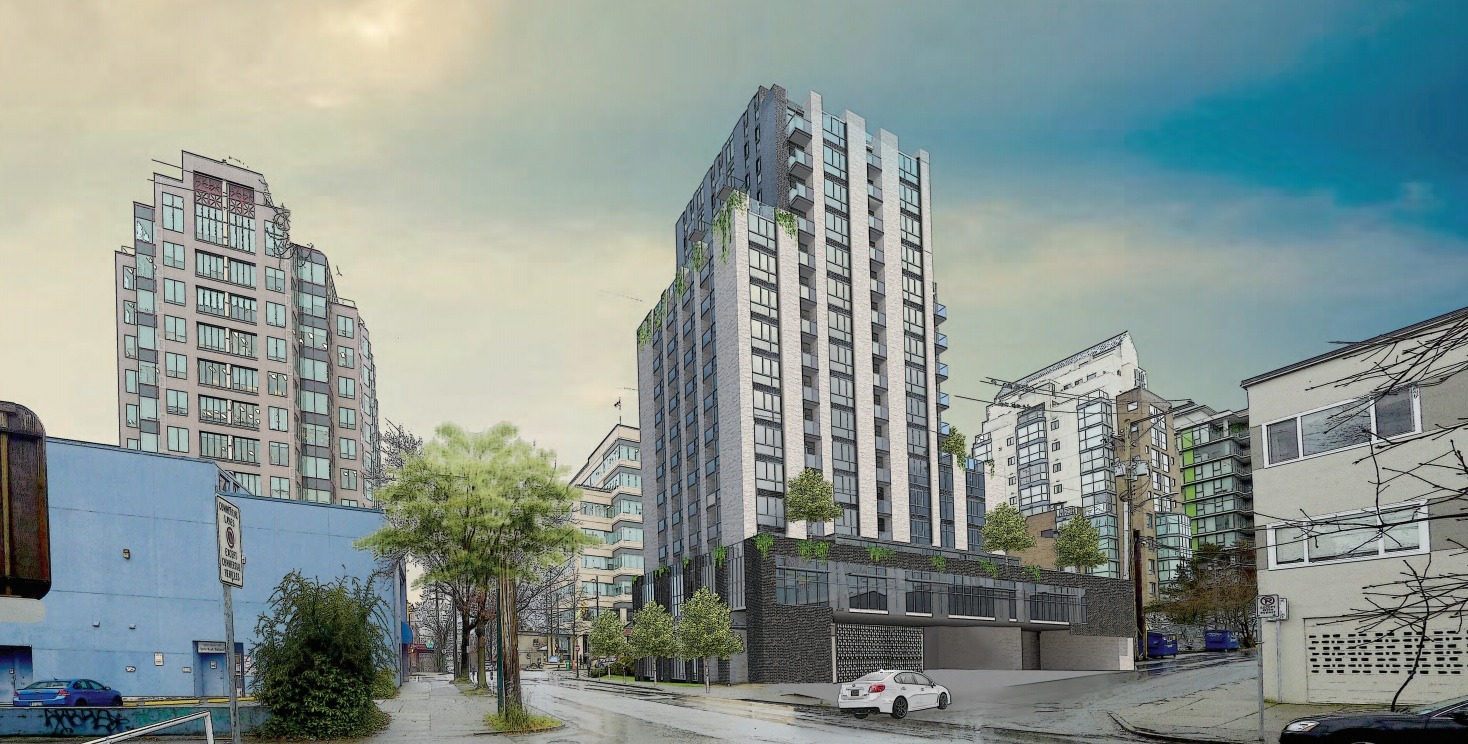 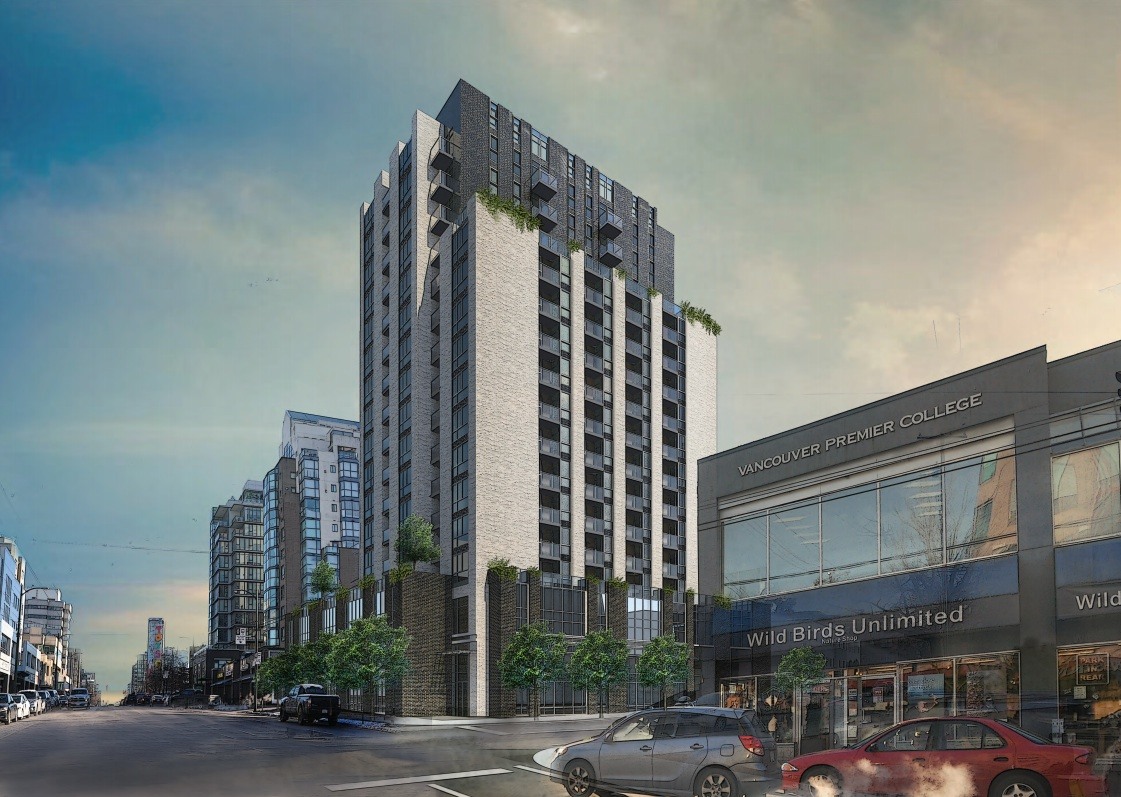