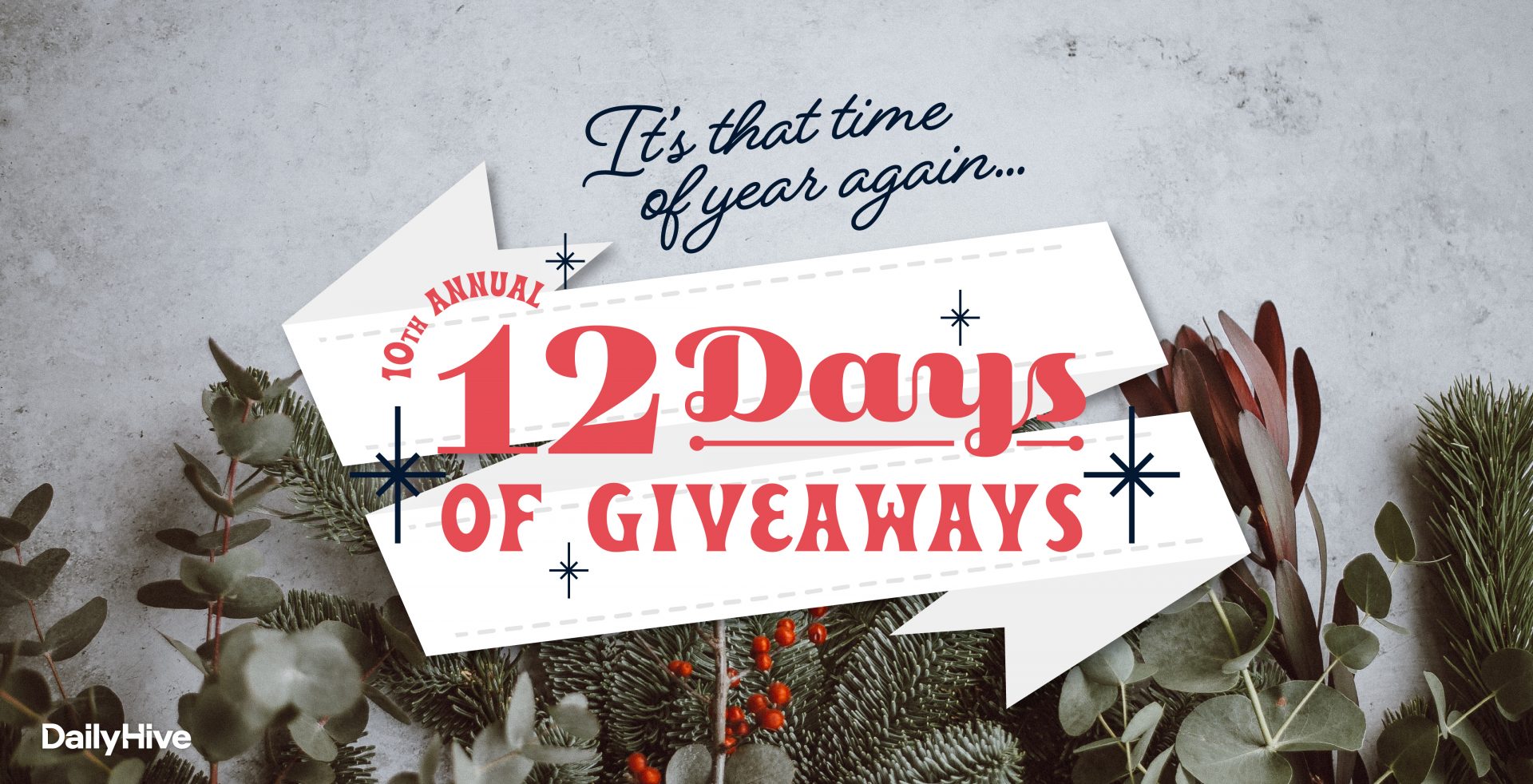 At Daily Hive we love the holiday season and think it really is the most wonderful time of the year. And this has been a TOUGH YEAR. So what better way to ring in the season and spread some joy than with the return of our annual 12 Days of Giveaways?

No matter what you’re celebrating over the next month we would like to make it extra sweet with the chance to win some amazing prizes.

This is our 10th anniversary of the 12 Days of Giveaways extravaganza.  Back when we started in 2010, we gave away $3,000 in prizes. It was a small gesture to give a little something back to the small community of loyal readers who followed what was then Vancity Buzz.

But just like the Grinch’s heart, we grew and grew.  By 2015, we gave away more than $20,000 in awesomeness to our readers.  And this year we are giving away more than FIFTY THOUSAND DOLLARS in prizes.

Starting on December 1, we’ll be launching a number of different contests each day. Every giveaway will run until 11:59 pm PT on December 15. Then in the days following, we’ll randomly draw names from all the entries to announce the winners in one major post on December 21.

There will be something for everyone to be won: a shopping spree, mountain ski passes, pie for a year, luxurious staycations, and more.

Come back and visit the site daily from December 1 to 12. We’ll be updating Daily Hive each day with new contests, so bookmark it and come back to see what new giveaways we’ve launched. We’ll also be promoting the contest on Twitter and Instagram, so follow the hashtag #DH12Days to make sure you don’t miss a beat!

The 12 Days of Giveaways will start on December 1, 2020. Contest winners will be announced on December 21. Open to Canadian residents, excluding Quebec. Maximum of one prize per person.