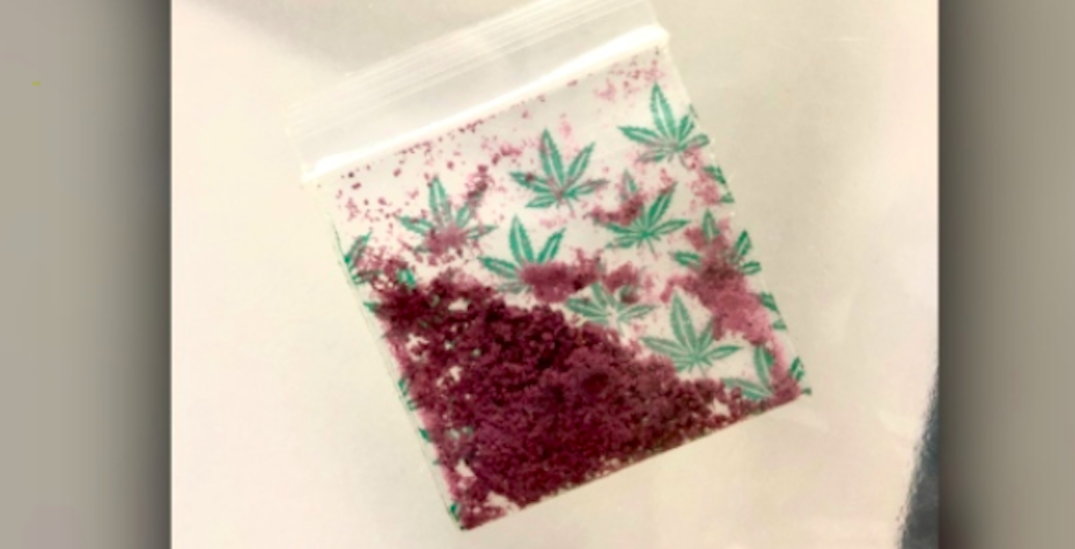 In an incident that she said left her “completely devastated,” a Kamloops mom shared a warning on social media after her 11-month-old child “held and almost ingested a full bag” of illicit drugs while playing at a park in the city on Sunday morning.

Fortunately, the woman’s three-year-old, “who was also playing, was able to get it from her before she put it in her mouth.”

Still, Stefanie Elliot said she hates to think of what could have happened in those split seconds.

“You hear of overdosing after only handling these packets due to trace amounts of fentanyl and both of my children held this,” she states.

“The reality is that plenty of families play here from all over Kamloops and that could have been your kid that picked that up,” Elliot states. “I am completely devastated. My heart hurts. I usually have a look for these things before I let my kids play, but today, for some reason, I didn’t… but I also shouldn’t have to.”

In a statement, Kamloops RCMP said they responded to the location of the incident, identified as McDonald Park, shortly before 10 am, and said they believe the product in the bag to be fentanyl.

“Kamloops, like many other communities in Canada, is still in the grips of an opioid crisis,” said Kamloops RCMP Staff Sgt. Simon Pillay. “Unfortunately this means issues like found needles and drugs are something that all parents must be mindful of while in public settings.”

Thankfully, he added, “in the case at hand an attentive parent caught her child with these found drugs before any harm could be done.”

Still, Pillay said an incident like this “serves as a good reminder to speak with your kids about the reality of hazards that could be found in any public spaces.”

Kamloops RCMP Const. Gary Gray said police “have been seeing fentanyl in Kamloops since 2014. Since then, fentanyl has become the drug of choice in Kamloops over heroin because of its potency.”

Drug traffickers, he said, “acquire fentanyl fairly cheap and mix it with a buffing agent such as caffeine to be sold on the street. Some drug traffickers add colouring to their product to make it a signature product.”

And “the most common colour that Kamloops RCMP have been seeing is purple fentanyl.”

In light of this incident, Kamloops RCMP said it is focused on targeting organized crime groups, “which seize upon and exploit all opportunities to profit from the sale of illicit drugs.”