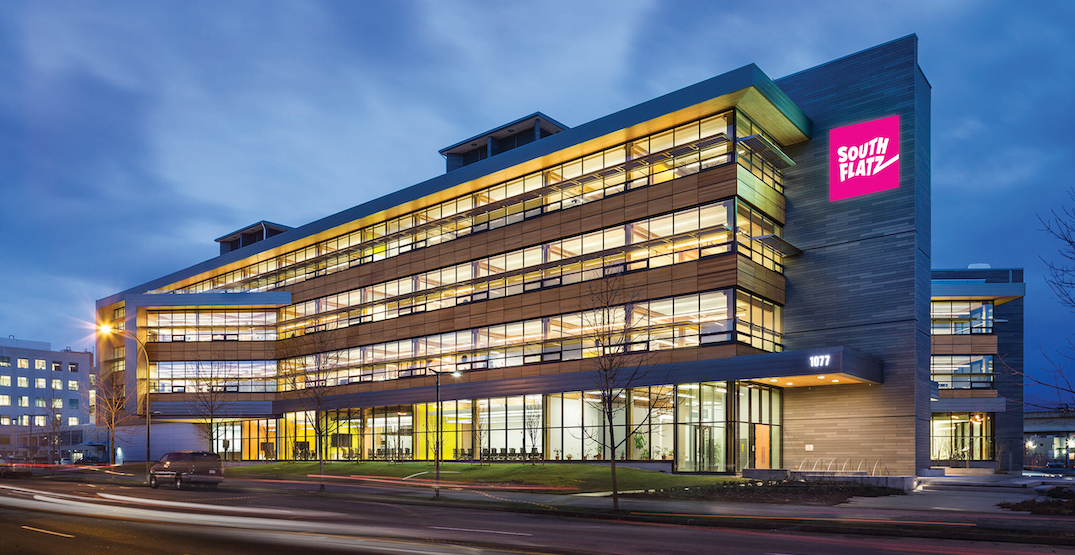 The former MEC headquarters office building in Vancouver’s False Creek Flats has changed hands, as it is now under the joint ownership of two commercial developers.

The four-storey, 120,000 sq ft complex at 1077 Great Northern Way was recently acquired by PCI Developments and Low Tide Properties, which have added it to their portfolio of South Flatz-branded office buildings in the immediate area.

“We are delighted to add 1077 Great Northern Way to our growing portfolio in the South Flatz neighbourhood. The building offers a unique option for tenants looking for a head office location outside of downtown Vancouver,” said Andrew Chang, the CEO of Low Tide Properties, in a statement to Daily Hive Urbanized.

Jarvis Rouillard, the vice-president of acquisitions and leasing for PCI Developments, added: “Vancouver is well positioned for ongoing growth as the economy turns the corner. The building provides a healthy, sustainable and comfortable space. Locating here puts one in the company of a growing list of innovative brands that the South Flatz continues to attract.”

The #MEC signs at their former headquarters building are now gone.

This 112,000 sq ft building is perfect for a large tech company. #vancre pic.twitter.com/qQxpzPx7vB 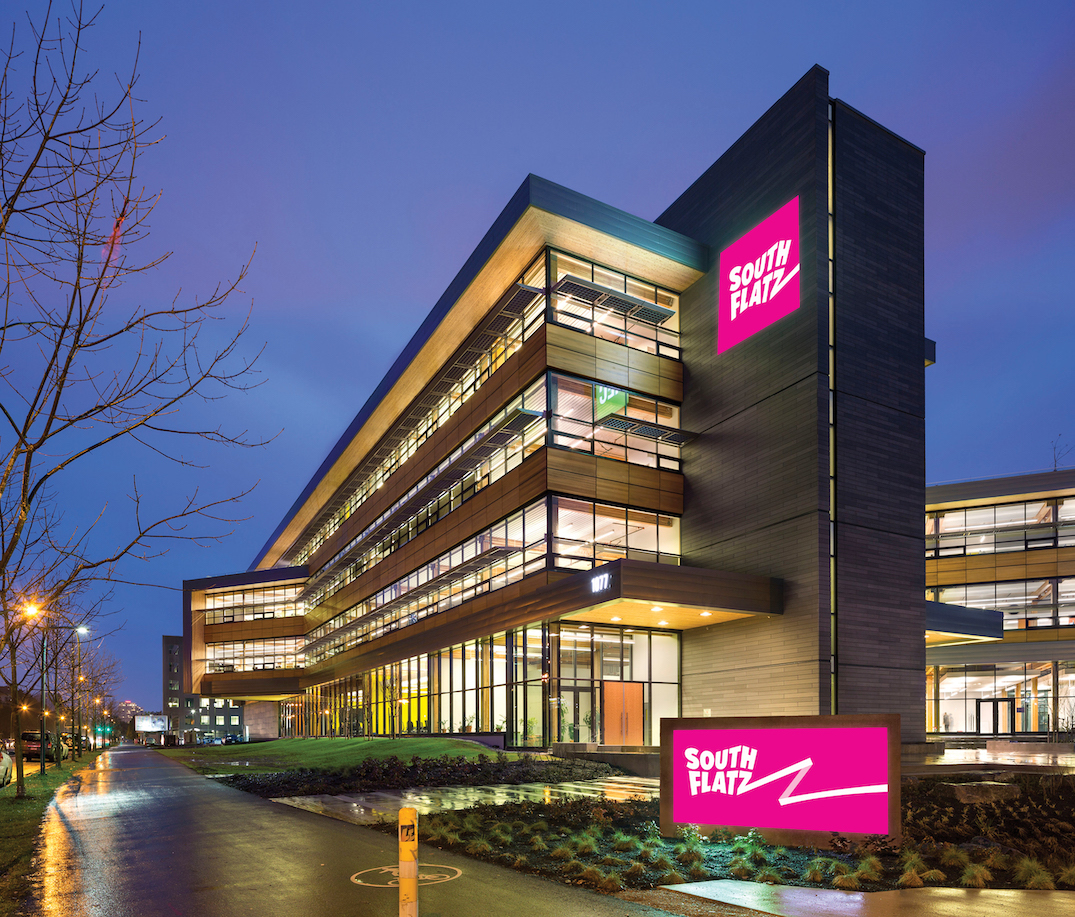 MEC’s tenancy in the building was short lived even before the co-operative’s 2020 sale to US-based private firm Kingswood Capital Management. In January 2020, as a move to return to profitability amidst intense competition and rising operating costs, the retailer announced it was looking to sublease its headquarters and move into a smaller space more appropriate for its workforce needs.

But the impact of COVID-19 months later proved to be insurmountable even for MEC’s retooled operations plan. 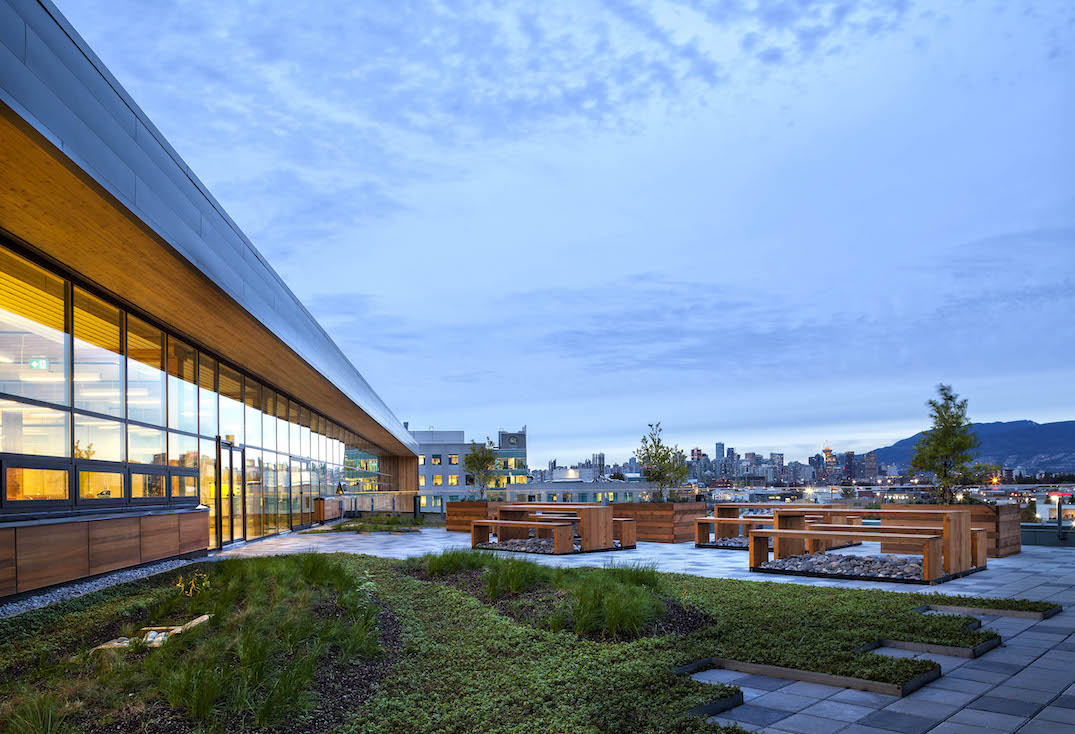 The building, completed in 2014 with a construction cost of $35 million, was custom-designed for MEC’s headquarters needs.

This is Vancouver’s first modern large-scale mass timber office building, it carries a LEED Platinum green building certification, and it won a number of architectural and green design excellence awards. It uses smart lighting and air-control systems, and the design maximizes natural light. Overall, the structure is 70% more energy efficient than a conventional office building.

The interior workspaces are organized around a central atrium with a main staircase. Workers also have access to a large rooftop amenity space with panoramic views of the mountains.

CBRE, which is now listing this property for lease, states this property is suitable for a large company in the tech or creative sector. 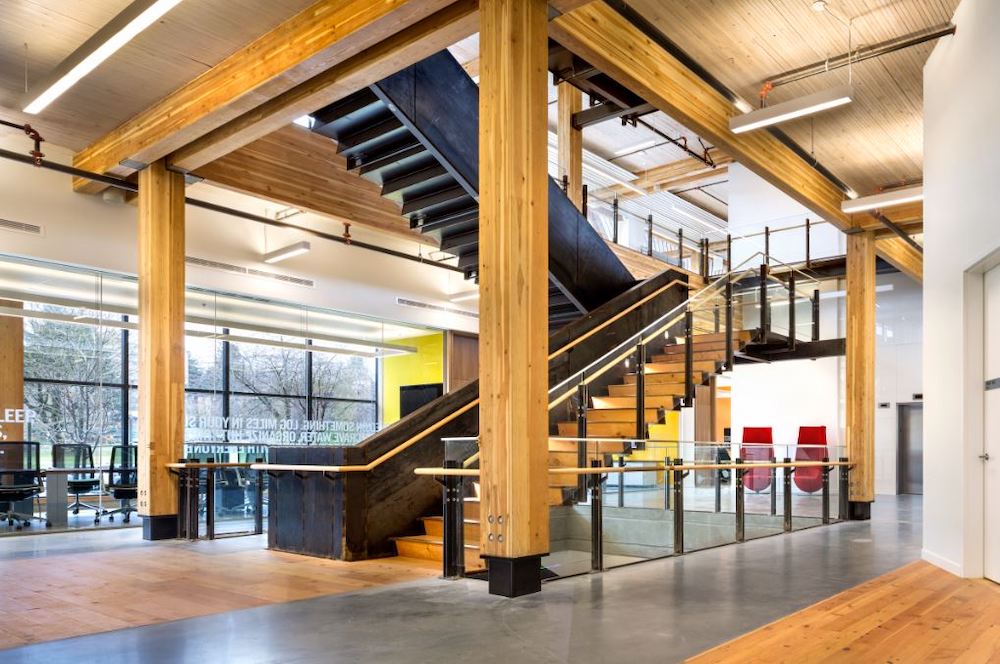 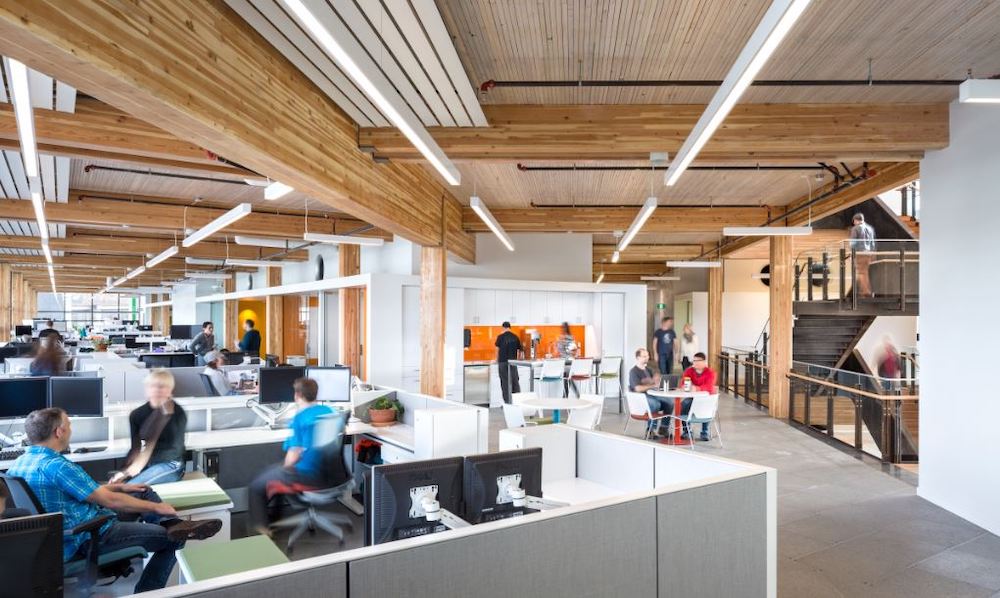 For the next new construction phase of South Flatz, the developers have plans to build two new interconnected office buildings immediately to the west at 901 Great Northern Way, currently occupied by a two-storey industrial building that is used by Tesla as a vehicle pick-up hub. The plan is to construct a seven-storey and 11-storey building with a combined total area of about 344,000 sq ft of office space, also designed for large tech companies. 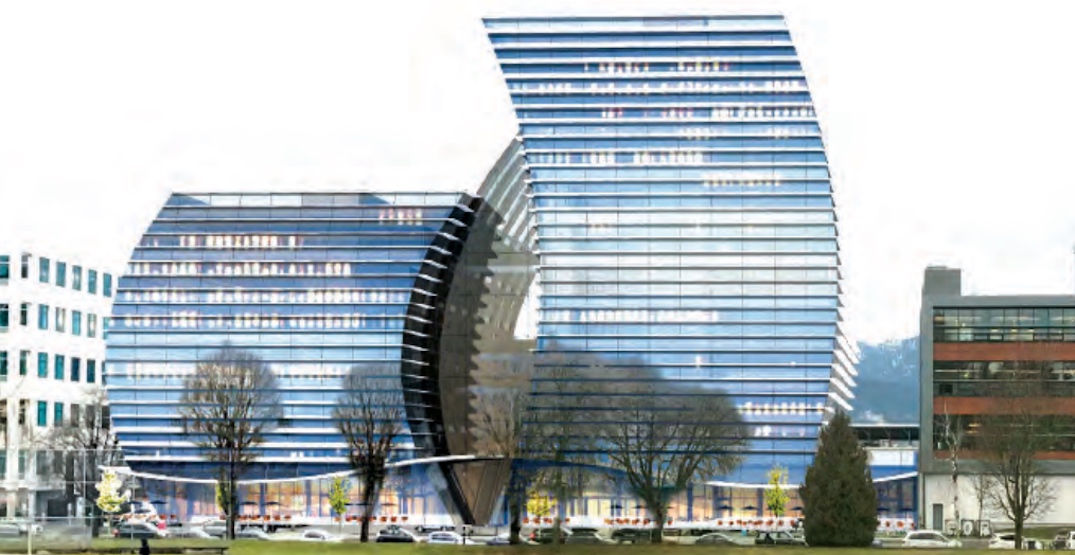 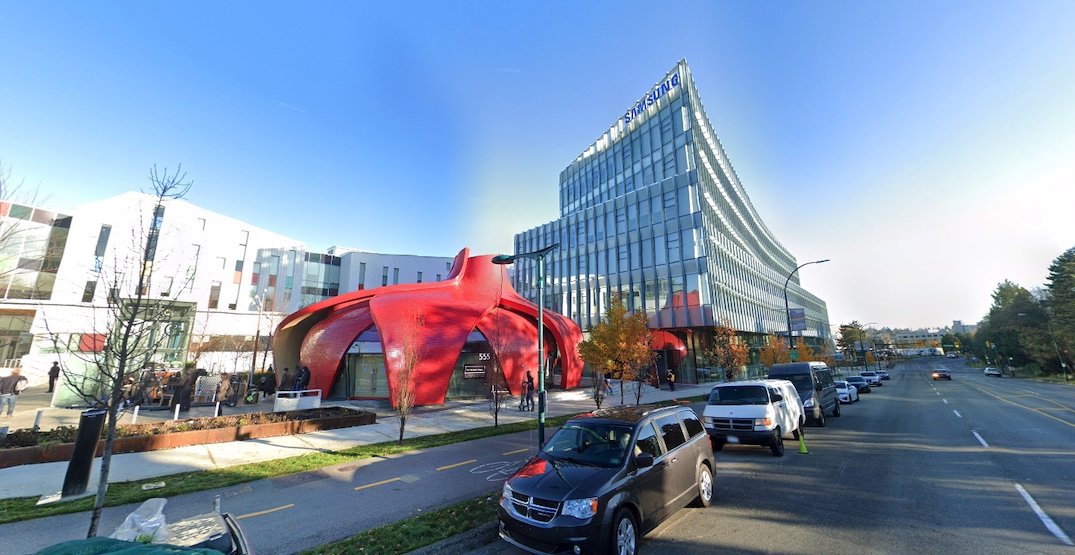 At full buildout, excluding the unplanned acquisition of the MEC building, South Flatz will have approximately two million sq ft of office space in up to six mid-rise buildings across multiple sites along Great Northern Way. The area is already served well by public transit, with SkyTrain’s existing VCC-Clark Station just east of the former MEC building, and the future Great Northern Way-Emily Carr Station to the west of ECUAD and South Flatz’s first phase.

Lululemon is also planning to build a new headquarters in the area — 593,400 sq ft of office space within a 13-storey tower at 1980 Foley Street, immediately west of the QLT building.