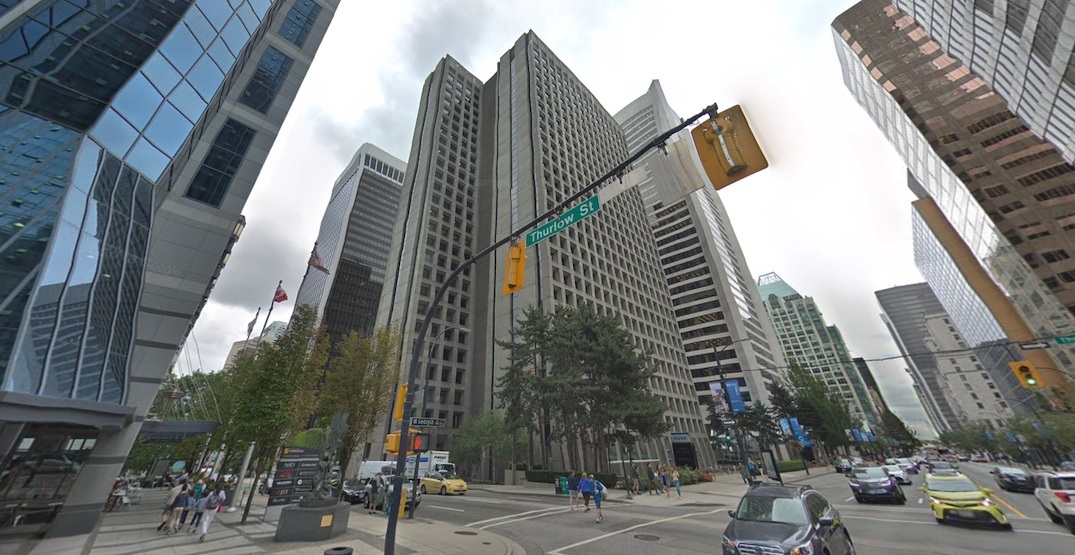 A 50-year-old office tower in downtown Vancouver’s Central Business District that exemplifies the brutalist modernism architectural style of the period has been sold to a private consortium.

Earlier this month, KingSett Capital, Crestpoint Real Estate Investments, and Reliance Properties announced the completion of their acquisition of 1075 West Georgia — a 1968-built, 26-storey Class A office tower located at the northeast corner of West Georgia Street and Burrard Street.

The tower was designed by the late Arthur Erickson, who only designed nine office buildings in his vast global portfolio of 700 designs. 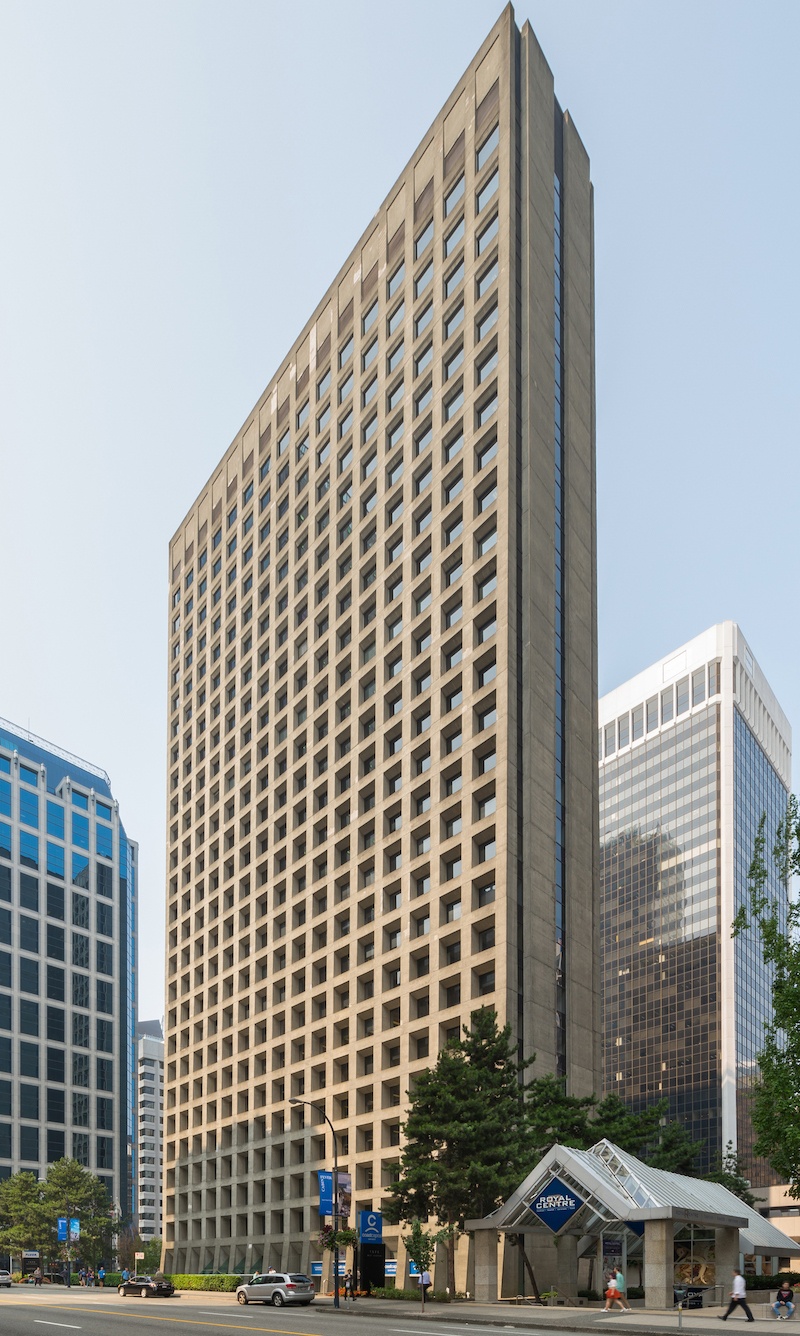 “Seldom do esteemed office buildings go on the market, let alone a multi-award-winning building designed by Arthur Erickson,” said Jon Stovell, President and CEO of Reliance Properties, in a statement.

“Reliance Properties has the largest heritage portfolio in Western Canada, so to be able to add this one to our roster is truly an honour. The ownership group looks forward to preserving and enhancing this heritage icon.”

There is 348,799 sq. ft. of floor space, including six retail units on the ground and mezzanine levels. The property includes a six-level parkade with 226 vehicle stalls on its Melville Street side.

According to a release, the award-winning building was originally designed for forestry giant MacMillan Bloedel, which merged with US-based Weyerhaeuser in 1999.

The office tower is currently more than 99% leased to a diverse roster of tenants and has BOMA Silver status for environmental assessment.

The property’s sale price was not disclosed, but BC Assessment’s latest assessed value pegs the property at $255 million — up from $200 million the previous year.

It is conceivable the property may hold some redevelopment potential for further commercial space, specifically its parkade structure.

The building has appeared in a number of film and television productions, including Arrow, The X-Files, X-Men, Fifty Shades of Grey, and most recently The Man In The High Castle.

1075 West Georgia was not the only major commercial property in the area to change hands this year to date. Last month, a consortium established by major firms based in Los Angeles and New York City acquired all four Bentall Centre towers from Beijing-based Anbang Insurance Group Co. Ltd. The acquisition of the multi-tower office complex is believed to have been worth well north of $1 billion.