There will be another redesign of the redevelopment for the underutilized vacant lot, the site of a former gas station, at 105 Keefer Street in Vancouver’s Chinatown district following Vancouver City Council’s controversial rejection of the developer’s rezoning application last month.

Beedie Living announced today it will be proceeding with a fourth design for the retail and housing project, which will be a substantially downsized version from the last revision.

In response to complaints that previous iterations were “too tall”, the new proposal will have a height of just 70 feet, which is well below the municipal government’s current allowance of 90 feet.

There will also be subsidized cultural ground-floor space specifically for seniors and “increased pedestrianization” of the Chinatown Memorial Plaza in front of the site.

Additionally, the exterior facade will be redesigned to “ensure the character of the building is reflective of its context and rich heritage of the area.”

As plans for the redesign are preliminary, the developer has not indicated how many market residential units will be reduced or whether the entire floor of 25 units for low-to-moderate income senior social housing will be completely eliminated to reflect the density change, but there is speculation this is being considered.

No new architectural renderings have been released at this time.

However, as the new proposal will be below current height allowances, Beedie Living will not be required to continue with the rezoning application process and can instead submit a development application to the City.

“We see the Keefer project as an important addition to Chinatown,” says Houtan Rafii, Vice President of Residential Development at Beedie Living, in a statement.

“We have been listening to the concerns people have expressed and sincerely appreciate every stakeholder who has collaborated with us towards the evolution of the proposal. We truly hope that this new proposal will reflect, as much as possible, the diverse perspectives we have heard.”

The original design that was first proposed in 2013 called for a project with a height of 120 ft while the design that was rejected by Council in June was for a slightly shorter building at 115 feet. 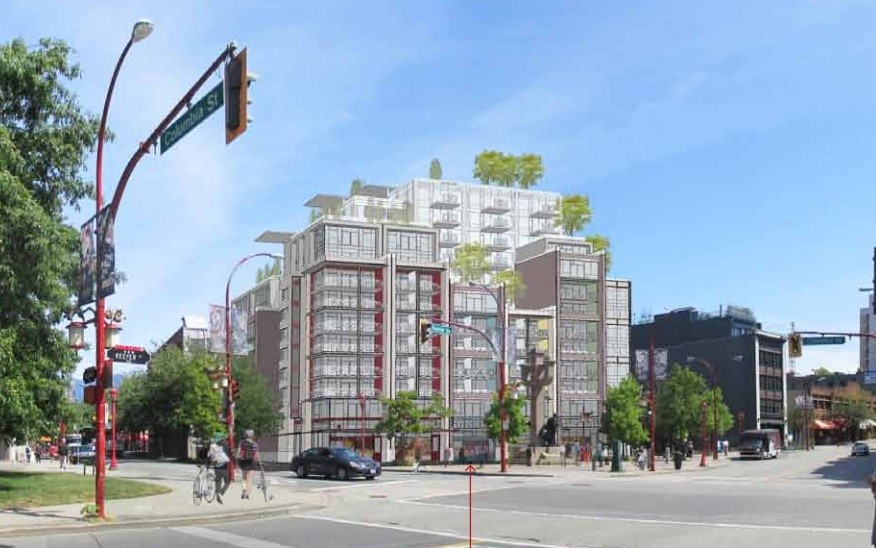