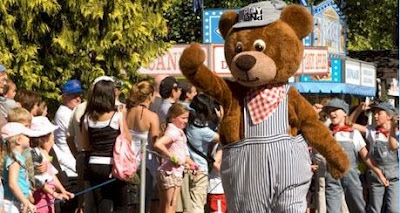 With the PNE starting up this weekend, the official countdown to the end of summer in Vancouver begins. Before the fair starts there is the small matter of the 2010 Vancouver PNE Parade! Further, this year also marks the 100th anniversary of the PNE and the parade is the kick off to the celebration. The parade will take place on Friday, August 20th at 7pm, the night before the Fair opens.
The organizers of the parade are touting this as one of a kind, never before seen in this city. The parade is to feature giant parade balloons, similar to those seen in the Macy’s Thanksgiving Parade in NYC, and a cast of more than 2000 performers, this parade will get the party started for the Fair’s 100th Anniversary. Lets hope it lives up to the hype.