For International Women’s Day, we thought we’d celebrate some local women doing great things in Vancouver and around the world. They are either owning their industry, volunteering their time for amazing causes or lending their talents to support other women in the community.

There are dozens upon dozens of strong and influential women in this city, but these are our picks. For more lists of fabulous women, check out the YWCA’s Women of Distinction Awards, Business in Vancouver’s Influential Women in Business Awards or Women’s Executive Network’s Most Powerful Women Top 100 list. 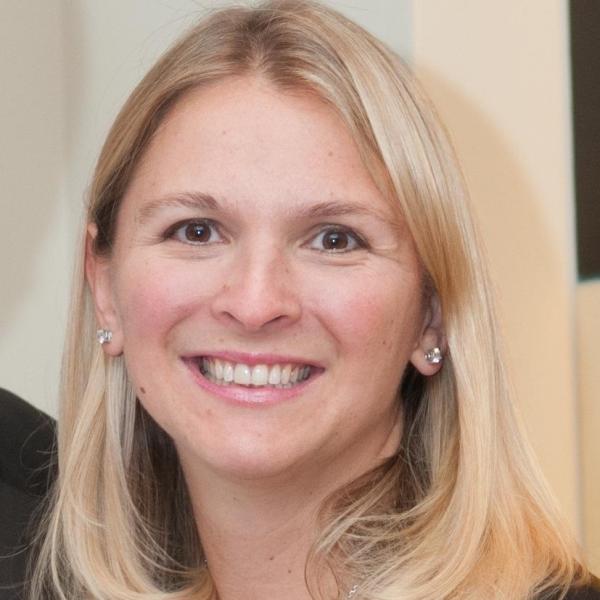 Christina Anthony is currently a Portfolio Manager and Director at Odlum Brown.

She graduated with a Bachelor of Commerce in Finance from the University of British Columbia. In 2008 she received UBC’s Outstanding Young Alumnus Award and has been named as one of Canada’s Top 40 Under 40. She’s also been titled as one of Canada’s Most Powerful Top 100 Women and was a finalist in Business in Vancouver’s Influential Women in Business Awards. Most recently, Anthony won the 2011 YWCA Women of Distinction Award.

Anthony founded the Forum for Women Entrepreneurs of BC (FWE BC) where she currently serves as President. The FWE BC helps women start, build and develop high-growth businesses. 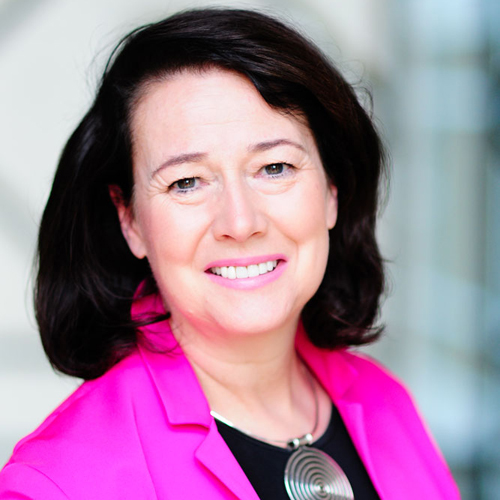 In 2014, she was named in Vancouver Power 50, but her laundry list of awards and recognitions doesn’t end there. She was also a recipient of the Business in Vancouver Influential Woman in Business Award, the Vancouver Board of Trade Community Leadership Award, the Queen’s Jubilee Medal, the SFU Beedie School of Business BASS Award and the Big Sisters Big Heart Award for outstanding contributions by a volunteer. Austin was also named as one of Canada’s 100 Most Powerful Women. She holds an Honorary Doctorate of Laws from Kwantlen Polytechnic University and a Bachelor of Arts from the University of Calgary in English and Classics.

Austin has served on the boards of numerous non-profits and organizations helping women including The Scientific Advisory Board of the Women’s Health Research Institute, The Honorary Advisory Board of Big Sisters of BC Lower Mainland and The Organizing Committee for the National Retreat for Women, to name a few. Through her multiple involvements and her work with the YWCA, Austin hopes to see more women in high-profile positions and senior management. In an interview with BC Business, Austin said “One of the challenges [facing women] is the issue around work-life balance and domestic responsibilities. Women have moved into the professional world, but men haven’t moved into the domestic sphere in the same way.” 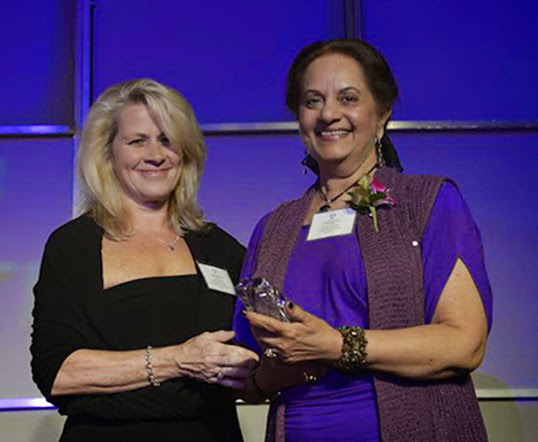 Assanand is a Registered Social Worker and has worked tirelessly to improve the lives of immigrants and minority women in Vancouver for over four decades. She came to Canada as a refugee with the passion and drive to create a new model of services for immigrants and refugee women dealing with family violence. Her work has resulted in impacts at the local, provincial and federal levels.

Assanand was honoured with a 2014 YWCA Women of Distinction Award, the 2013 Diversity Awards’ Service Recognition Staff Award by the Affiliation of Multicultural Societies and Service Agencies of British Columbia and a Human Rights Award from MOSAIC BC. 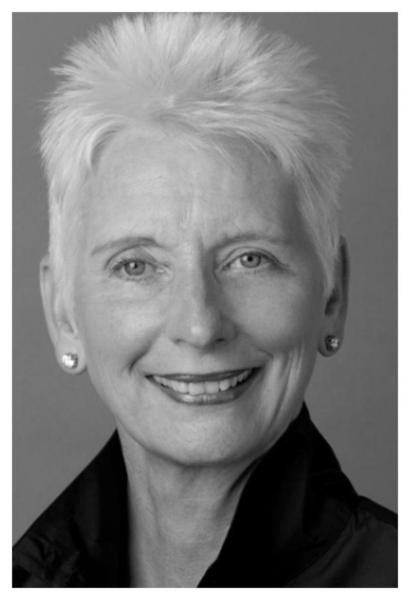 Formerly the Chair of ICBC and the Simon Fraser University Board of Governors, McKinstry has had a long career in the corporate field. She has won the Order of Canada, the Queen’s Jubilee Medal and a Lifetime Achievement Award from the Association of Women in Finance, as well as receiving Honorary Doctorate Degrees from SFU and BCIT. A pattern in her work history has been advocating for diversity and inclusion in business.

McKinstry founded the Minerva Foundation for BC Women, an organization that offers programs for women to develop their leadership capacity and reach their full potential. The goal of the organization is to raise the profile, influence and contribution of women in order to change the landscape of leadership in B.C. Minerva has raised more than $10,000,000 since 2001.

Carol Lee is CEO and Co-Founder of Linacare Cosmetherapy and is Chair of the Steering Committee for the Vancouver Chinatown Foundation for Community Revitalization.

Lee has strong family ties to Vancouver’s Chinatown and is also a member of the Vancouver Chinatown Revitalization Committee. Beyond that, she serves as a board member of the Asia Pacific Foundation of Canada. In 2010, she was awarded Vancouver Sun’s B.C.’s 100 Women of Influence Award in 2010 for her work advocating for the preservation of Chinatown. Lee received a Bachelor of Commerce from UBC and an MBA from Harvard Business School. 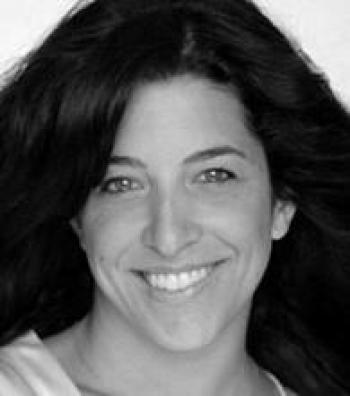 Jessica Houssian works out of New York City with Women Moving Millions, a non-profit that encourages women to make unprecedented gifts of $1 million or more for the advancement of women and girls.

Born in Vancouver, Houssian earned a Bachelor of Arts from Bates College in Women and Gender Studies and a Masters in Fundraising and Grantmaking from New York University. She currently serves on the board of the Canadian Women’s Foundation .

Shaira (SD) Holman is a photographer and Artistic Director for the Vancouver Queer Arts Festival.

Holman was most recently recognized with a 2014 YWCA Women of Distinction Award for her work in the arts and culture industry in Vancouver. Since then, she has published her photo book “Butch: Not Like The Other Girls” with the aim to show people that they could be beautiful just being themselves. Her work has been shown in galleries across Canada and the United States, including Vancouver East Cultural Centre. She was trained and educated in Vancouver at both Vancouver Film School and Emily Carr College for Art and Design 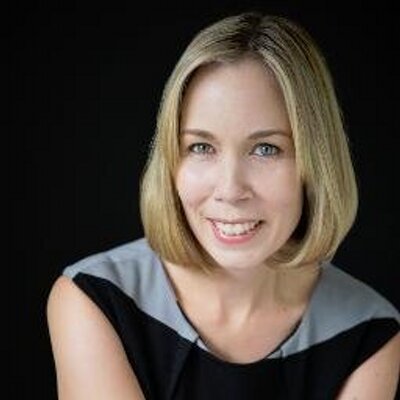 Jill Earthy currently serves as Director for Futurpreneur for the B.C. and Yukon division. Futurpreneur is non-proﬁt organization that provides ﬁnancing, mentoring and support tools to aspiring business owners aged 18 to 39.

Prior to Earthy’s work with Futurpreneur, she was CEO of The Forum for Women Entrepreneurs. She currently holds board positions on the Women’s Enterprise Centre, WEB Alliance and Women’s Economic Advisory Committee for the province of B.C., as well as working as a mentor with the Forum for Women Entrepreneurs. Because of her extensive contributions to women in the province, Earthy has been named as one of Business in Vancouver’s Top 40 under 40, a World of Difference Maker Top 100 for The International Alliance for Women and has been nominated for a YWCA Women of Distinction Award. 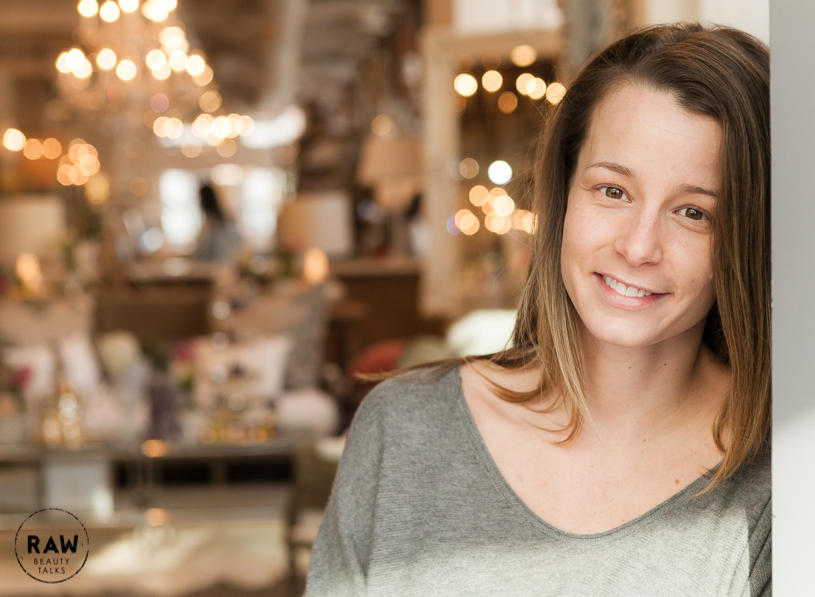 Erin Treloar is the Founder and CEO of RAW Beauty Talks and Founder of The Studio at Treloar.

Treloar is a social entrepreneur and has made a huge impact on local women by starting RAW Beauty Talks, a website dedicated to helping women everywhere “find confidence in their unique beauty by advocating for transparency in media and providing a platform for honest, authentic conversation.” Her work with RAW Beauty Talks has been featured in Marie Claire, Elle and Health Magazine, to name a few. 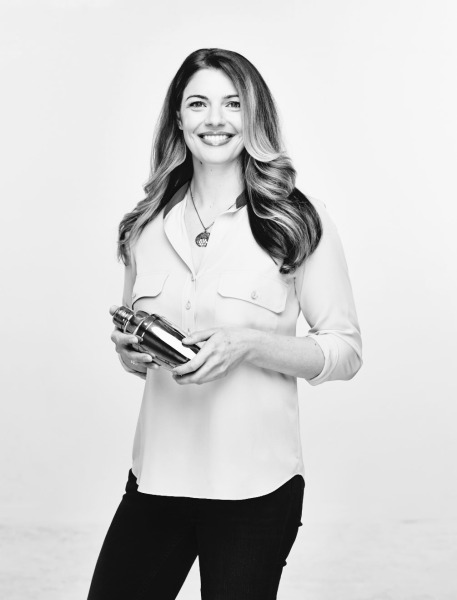 Lauren Mote is the co-proprietor of Bittered Sling, a high-quality line of small-batch bitters and extracts and Bar Manager at UVA Wine and Cocktail Bar.

In an industry dominated by men, Mote has honed her skills behind the bar at such establishments as Le Sélect Bistro, Lumière, Goldfish Pacific Kitchen, Hawksworth Catering, Chow Restaurant and the Refinery. She also serves as Associate Director of the Canadian Professional Bartenders Association and runs Vancouver’s largest cocktail competitions, Cocktail Kitchen Series and Bittered Sling Bistro. She has traveled around the world spreading the cocktail gospel by taking Bittered Sling to countries such as Mexico, Argentina and the United States.

Mote is also one of three judges with Top Shelf 20, a community of elite bartenders in Canada.

Do you have a suggestion for a Vancouver woman doing amazing things?