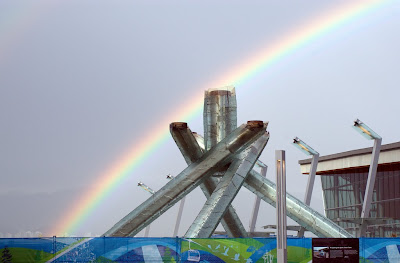 Image: Kardboard604
I woke up this morning thinking to myself that Vancouver, even after all its Olympic glory, still needs to get its act together. Sure it was nice to put on a show when the world was watching, but what about the 2 million plus people living in the region, do we not deserve better? So I compiled a list of things I would like to see happen in Vancouver sometime in the next five to ten years. Feel free to add your own items to the list in the comments section. The list is in no particular order, except for the top spot. 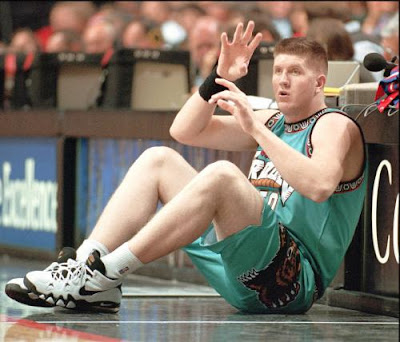 I know what you are thinking, we lost the Grizzlies the first go around, what makes you think the NBA will be successful the next time? It should be noted that even NBA commissioner admits moving the Grizzlies out of Vancouver was a mistake and furthermore, we have about another 400,000 people to draw from of which 80,000 live in the downtown core alone. Think about it for a second, the team sucked, yet we continued to support them with decent attendance. Think about how much support they would have had if they managed to put together a decent record. However, Stern is a stubborn old man, so we will have to wait until his tenure as commissioner is over for the NBA to return to Vancouver.


9. One super tall tower that is an architectural gem
The city is already considering allowing a  700 ft + building downtown, but I’m talking 800 ft + here. In all seriousness would one building really destroy our views of the mountains? However, it has to be something special, no bland glass box.

From a purely architectural standpoint the Ritz-Carlton may very well have been that building but its about 150 feet to short.

8. Move the Vancouver Art Gallery with a stand alone iconic building
See our discussion on that topic here.

7. Rapid Transit to UBC
See our discussion on that topic here.

6. Granville Street to become pedestrian only.
The city will be bringing back the trolley buses on Granville Street before labour day. I say leave it the way it is by having them stop off on Seymour and Howe Street. Remember the good time had during the Olympics, the pedestrian corridors played a huge role in that. 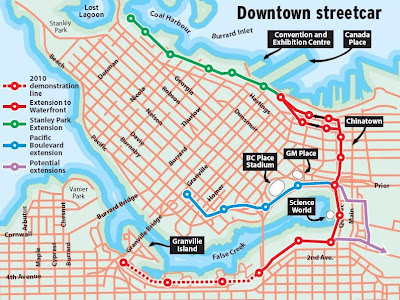 5. Streetcar network
See our discussion on that topic here.

4. A New Year’s Eve Celebration
Seriously, come on now! However, we can’t even ensure the Celebration of Light will go on this year, so…

3. More density around major transit nodes
This will eventually happen but it seems the city likes to drag its feet on this. They knew the Canada Line was coming and yet for the most part density around those stations is minimal. However, the development proposed at Marine and Cambie, plus the expansion plans for Oakridge Mall with more residential and office components are a good start. But what about 49th, King Edward and other under developed neighbourhoods surrounding the Expo and Millennium line stations?

2. Social housing to be not concentred in the DTES and downtown.
Why do we continue to build expensive social housing on prime real estate land? Lets spread out the network across the region instead of concentrating the services into one small region. Social housing where land is cheaper makes sense. The only difficulty is that majority of the support services are located and established in Vancouver. 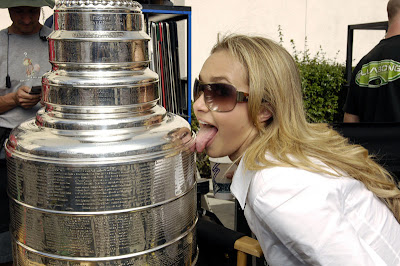