The Canucks will celebrate the life of the great Pat Quinn before today’s game against the Philadelphia Flyers. While the hockey world took time to mourn the loss of Quinn shortly after he passed away suddenly back in November, tonight will be a celebration of his life.

Already a member of the team’s ring of honour, Quinn will be honoured by renaming the street outside of Rogers Arena in his name. One block of Abbott Street will be renamed Pat Quinn Way today.

Quinn was an original Canuck, playing defence for the team during their first two seasons in the NHL in the 1970s. But it was as a coach, general manager and president that Quinn made his biggest impact on the organization and the city.

With that in mind, lets take a look back at 10 years of great moments from the ‘Big Irishman’ on St Patrick’s Day. 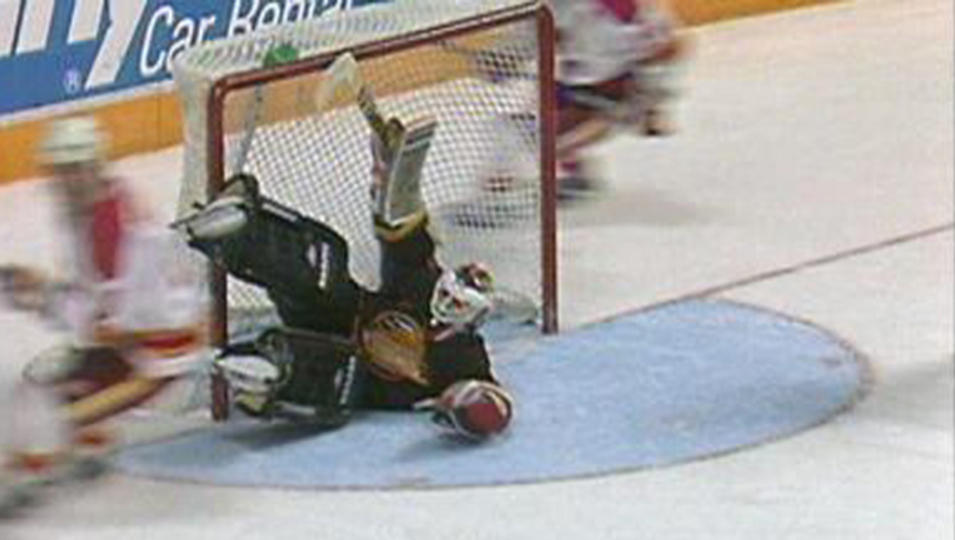 Pat Quinn was known for big blockbuster trades and his first one was one of his best. Quinn traded Patrik Sundstrom, one of the team’s best players, for two younger, less established players: Kirk McLean and Greg Adams. Both McLean and Adams became cornerstone players for the team for the next 8-10 years. 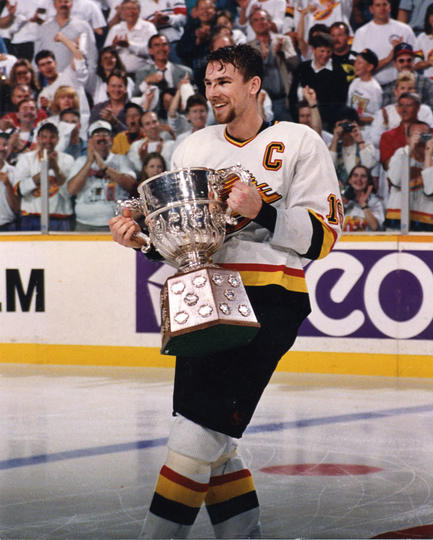 Quinn’s first draft pick with the Canucks turned out to be one of the most impactful players in team history. Trevor Linden, chosen 2nd overall in the 1988 draft, scored 30 goals six times and became the most popular player in franchise history. 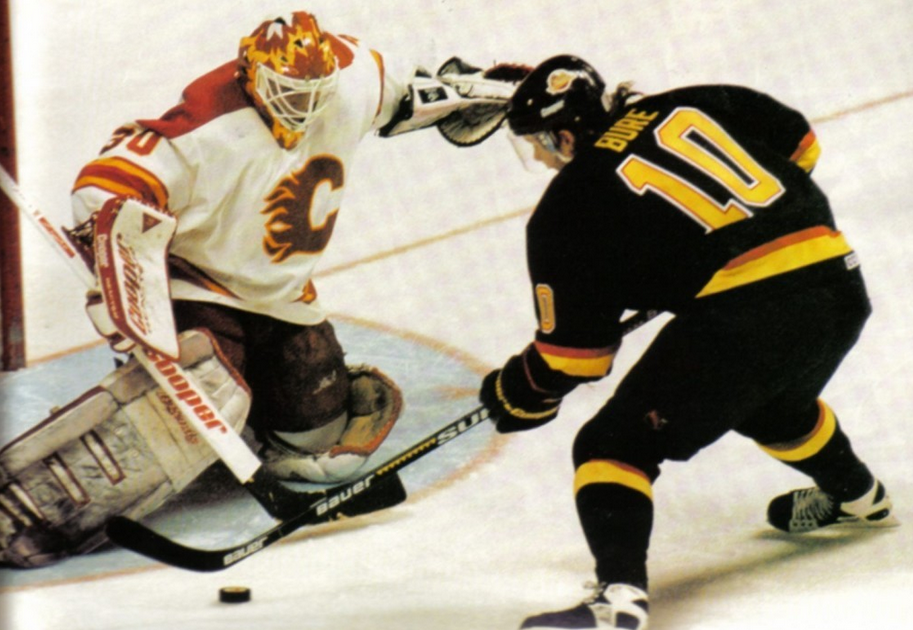 The Canucks drafted Trevor Linden in 1988, but they stole Pavel Bure in the 6th round in 1989. The decision to pick Bure was a controversial one, as nobody else thought he was eligible to be drafted. Quinn figured out a loophole and stole the franchise’s first true superstar.

Pat Quinn built the Canucks into a Stanley Cup contender primarily through shrewd trades for young players. Jyrki Lumme was involved in one such move. On March 6, 1990 Pat Quinn struck a deal with the Montreal Canadiens to bring the 25-year-old Finnish defenceman to Vancouver in exchange for a 2nd round draft pick.

Lumme had yet to establish himself with Montreal, but made an impact instantly with Vancouver. He scored 10 points in his first 11 games as a Canuck, and the rest was history.

Quinn appeared to make an effort to acquire BC boys during his time in Vancouver. There was no better example of this as when he traded Garth Butcher and Dan Quinn to the St Louis Blues in exchange for Cliff Ronning (Burnaby), Geoff Courtnall (Victoria), Sergio Momesso and Robert Dirk.

After leading a young team to 96 points and a division title, Pat Quinn was rewarded at the end of the season with the Jack Adams Trophy, given to the coach of the year. Led by 21-year-old captain Trevor Linden and 20-year-old rookie Pavel Bure, the Canucks were now a force to be reckoned with.

Pavel Bure scored 60 goals and ten forwards had 10+ goals as the Pat Quinn coached Canucks earned their first 100 point season in the 1992-93 season. A young team built by the ‘Big Irishman’ was beginning to enter its prime. 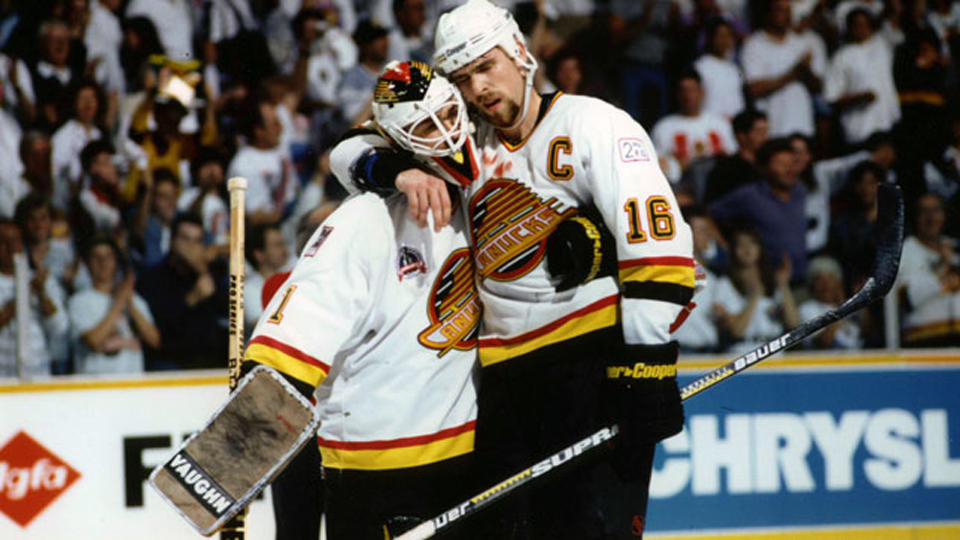 If you weren’t around in Vancouver during the spring of 1994, you simply can’t understand what the run to the Stanley Cup Final was like. An exciting underdog team got hot at the right time and almost parlayed it into the first Stanley Cup championship in team history. 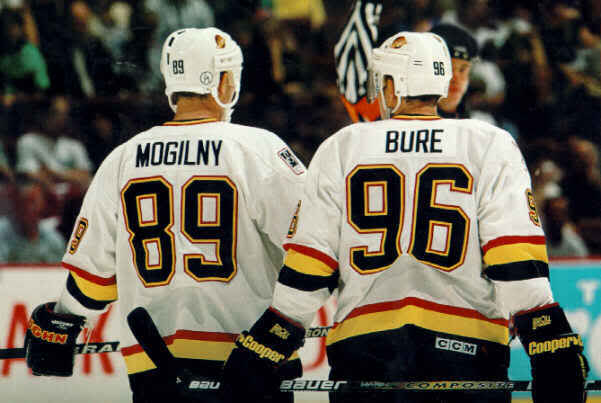 Before the 1995-96 season, the Canucks traded for superstar forward Alex Mogilny, sending Mike Peca, Mike Wilson and a 1st round draft pick to Buffalo for the talented Russian. Mogilny was to be reunited with countryman Pavel Bure to provide some extra sizzle as the Canucks played their first season in General Motors Place. Mogilny went on to score 55 goals, playing alongside Cliff Ronning, during his first season in Vancouver. 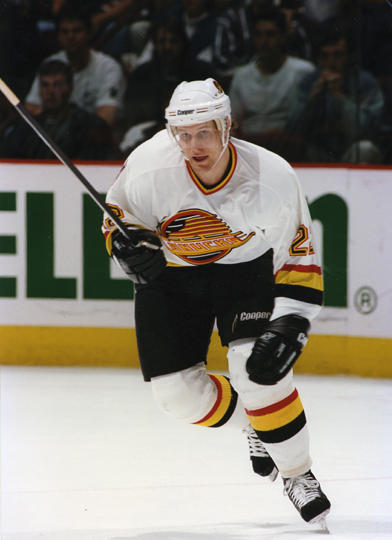 Pat Quinn’s effect on the Vancouver Canucks was felt long after he left the organization in 1997. In a trade that would ultimately benefit the Canucks after his departure, Pat Quinn pulled off the best trade in Canucks history, sending Alex Stojanov to the Pittsburgh Penguins in exchange for Markus Naslund. Naslund went on to become one of the best players in franchise history.