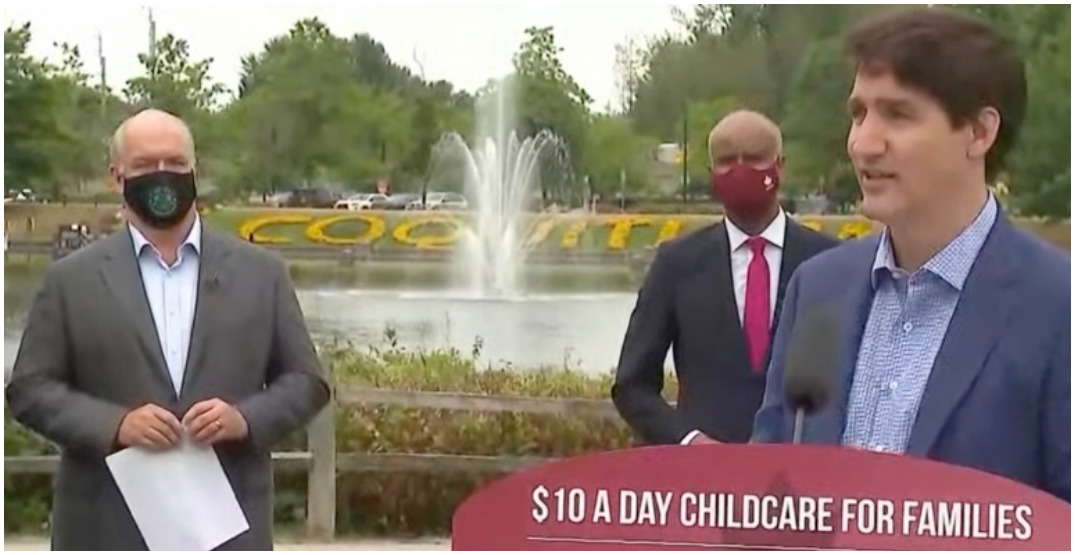 Today, the dreams of many parents got a little bit closer to reality.

Since being introduced in 2011, parents in desperate need of affordable care for their kids were teased with the idea of $10 a day childcare.

In 2017, the federal government introduced long-term funding for the cause.

At a press conference held in Coquitlam, John Horgan, joined by Prime Minister Justin Trudeau, Federal Minister of families Ahmed Hussen, and Federal Minister of employment Carla Qualtrough made the historic announcement that it would be implemented within the next five years.

“This is what it means to be a feminist government,” Prime Minister Trudeau proclaimed proudly.

“Hardworking families deserve better, but our economy deserves better as well,” he added.

As part of the agreement between the provincial and federal government, Trudeau suggested that in the next five years, they would achieve $10 a day child care for all regulated spaces for kids under six years old in BC.

In addition, in the next five years, 30,000 new high-quality spaces will be created in the province.

“We could not get to where we’re going to get in the next 22 months without the full participation of the federal government,” said Premier Horgan.

They also declared that by the end of next year, the average childcare fees for BC parents would be cut in half, and more than 10,000 $10 a day child care spaces would be available by next year.

This is part of a new child care investment that will total $9.2 billion federally, with Quebec being the only province exempt.